1
Dyr Drabbles Chapter 2: Pandas and Spaghetti (and lack of shirts)
posted by AislingYJ 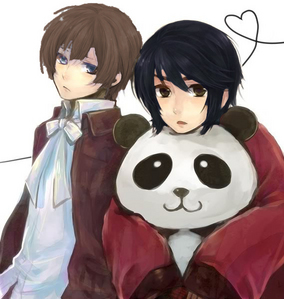 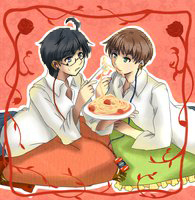 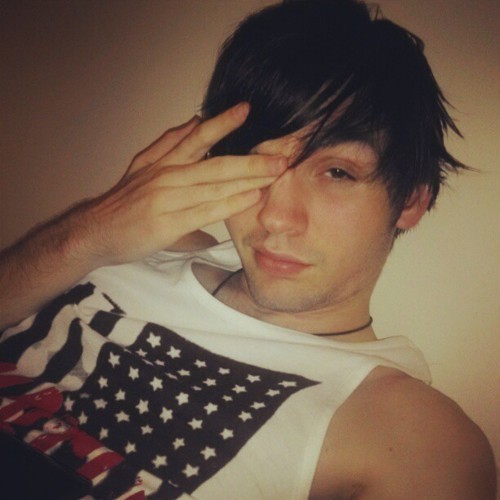 Dawhhh..Cyr...
johnlockdyrphan and rachele_X like this
1
Songs Worthy of a Song-fic or Songs to Write to
posted by XxSilverScarsxX
This is a very tiny list, read ending notes below. I'll be adding more songs as I find them! If song has been used, there will be a link to the fic.

Mentor to mentee
You're Gonna Go Far Kid - The Offspring 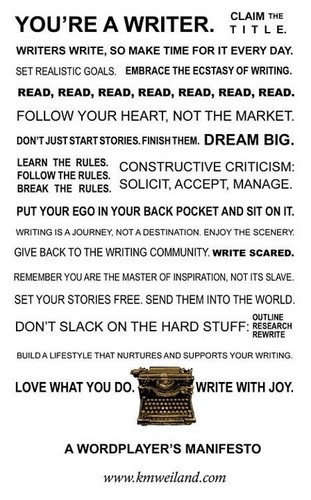 Some inspiration for us all ^.^
added by AislingYJ
2
A Bit 'o Smutty Goodness ^.^
posted by AislingYJ
Pairing/fandom: Damon Fizzy and Cyr. Yes they are Youtubers and real people. No you do not have to know them to understand this. No you will never be able to look at them the same again (maybe).
Warnings: I think this is obvious. Don't like smut or slash, don't read. It's as simple as that.
Background: Meh, it's AU in case you were wondering. You'll see why..

~~~~~~~
Cyr groaned as he rolled over in the bed, wincing at the spasms of agony coming from his head. Biting his lip to avoid screaming at the pain that resulted from trying to sit up, he sat blinking in the darkness of the room, hearing...
continue reading...

Unrelated but I wanted to share~
added by AislingYJ
Source: Me! (made with Deviantart Muro) 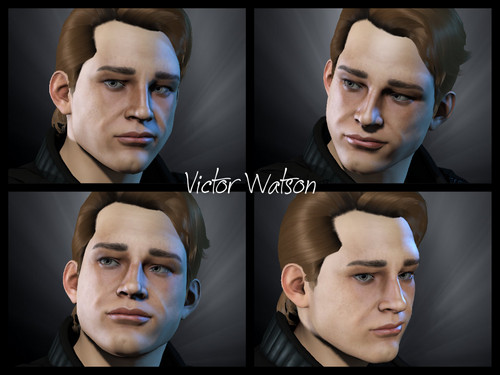 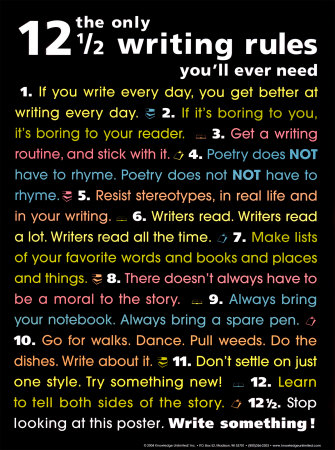 Some inspiration for us all ^.^
added by AislingYJ
The Girl, The Guy, and The Ocean ~one shot~
posted by GlitterPuff
Okay, so I wrote this in 4 days, during my school classes (I'm evil!) and my two of my best friends loved it, soooooo I decided to post it her for your peoples opinions!

The soft wind blew the small girls golden curls around. Leaves fell onto the man’s smooth skin as he walked down the dirt trail. The two of them walked hand in hand towards the sand covered beach, where the moon’s reflection was visible in the oceans salty surface. They walked slowly towards the water, their feet leaving prints in the sand. The cool...
continue reading...
Dangerous Love
posted by GlitterPuff 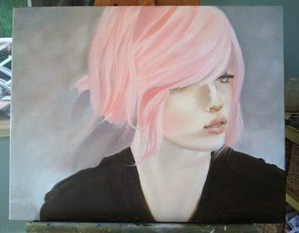 When she is older
I don't know if all the information is right, but it's as much as I could dig up for the story.

This story takes place in the 1915’s in Lithuania. The Russians are taking people who have done terrible things, when in reality, they were just helping their family and/or friends; and sending them to work camps. The father in this story is a Russian soldier, and the mother was a Lithuanian woman.

The girl ran down the street, trying to get away from the man chasing her. He was gaining up on her, almost right behind her. She kept running, not looking behind her. The girl ran into an alley and looked...
continue reading...
2
The Clan's First Christmas: Ch 1 Rated R
posted by bakes2389
London Rafferty, the sly, smooth-talking assassin-retiree, awoke in the early morning hours as the sun peaked in through his bedroom windows. He figured he had to get up now; the sun was just begging him to get up. He slowly arose from his bed; his sheets all ruffled on his side. He looked over at his lady. She was sleeping soundly, purring in low hums. London tiptoed over to her, covered her up, and kissed her head before he grabbed his robe off of his door hook. As he draped the robe over his dago tee and boxers, he headed down his spiraling staircase. As he entered the kitchen, he glanced...
continue reading...
Winter Poem
posted by GlitterPuff
Small white specks fly around in the blue-grey sky, the sun barely shown behind the dull clouds. Fish swim underneath the translucent layer of ice that covered the small pond. Some trees are bare, shivering in the cold winter air. Others are covered in a thick green coat, staying warm even with the snow that they collected. Animals are asleep, snoring in their caves or holes, resting themselves so they are rejuvenated for Spring. Snow continues to fall, dusting our cars, roads, and homes. The freezing weather frosts our windows, making them harder to see out of.Kids zip up their snowsuits and up into the soft snow, their cheeks turning pink as they smile and play. Adults shovel their driveway, making them easier for them to get out, as they watch their children make snow angels. Wind blows the lighter snow up into the sky, re-dusting everything they see.
She's Dead?! Part 4 (Young Justice FanFic)
posted by GlitterPuff
I totally forgot to post this!!!! Don't be mad!!! Oh, and BTW, Rene and Twan are through!!!!!

“You know how to bring her back? She won’t end up looking different, or act different, will she?” She chuckled a little and shook her head.

“She will be exactly the same as she was when she was alive; she just might be slightly weaker.” He looked at her, slightly confused.

“So, how does she come back to life?” She smiled slightly.

“And why should I trust you?” Twan said.

“Because if you piss me off, after I fix Rene; I could kill you just with the...
continue reading...
She's Dead?! Part 3 (Young Justice FanFic)
posted by GlitterPuff
Twan walked into the infirmary, his clothes covered in splatters of blood. He slowly walked into Rene’s room. Amethyst looked above her magazine, seeing him walk into Rene’s room. The purple haired girl set the magazine down on the table, got up, and followed the blonde haired boy into the room as quietly as possible. The boy sat down in the chair next to the red heads dead body, his eyes watery. Amethyst stood in the back of the room, leaning back on the wall, watching. The blue eyed boy took Rene’s hand, squeezing it, trying not to break down completely. The purple haired girl just...
continue reading... 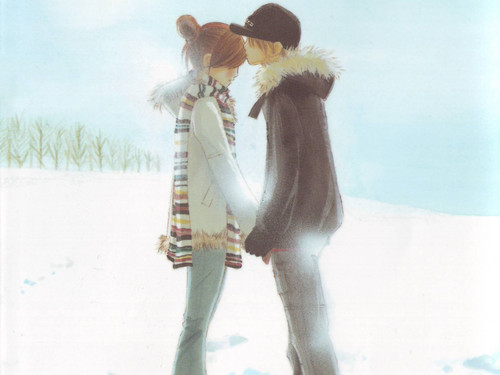 Random Lovey Dovey Snow Picture
added by GlitterPuff
Strife Club: Chapter One
posted by -BelovedRobin
Dave gets you a job as a waiter. soon enough, Dave also gets a katana press against your larynx. He was reciting how you must, yes you don’t have any other choice, die in order to reach eternal life. “To reach god tier,” as he states.

Now, you and Dave were best friends. Well, actually, you would like to believe you two still were. Many ask you, do you know about Dave Strider? Of course you do, who doesn’t?
The tip of the katana pools around your adam’s apple, it’s silent and cold. Not a single whisper would escape the blade as it slice your head onto the debris cover floor, unlike...
continue reading...
2
Sprits of Eight Prolouge
posted by InfinityYJ
Warning:
The following series contains over twenty four OCs, all from multiple fandoms (seven fandoms, to be exact.) Don't like, don't read.
Oh, and most of them are major Mary Sue charries. I have a tendency to do that. :3 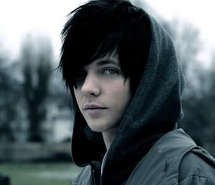 Bentley ran down the street to the infirmary as quickly as possible before Rene bled out. He heard a ding from her back pocket. It was her phone ringing. While he was running, he took it out and answered it.

“Hello?” He said quietly into the phone.

“Um, who is this?” The voice on the other line said.

“Bentley, this is Rene’s phone.”

“Where is Rene?” The man said worried. Bentley soon realized that it was Twan on the other line.

“Um… she’s currently dead.”...
continue reading...
2
Dyr Drabbles Chapter 3: Reassurance and Resentment
posted by AislingYJ
Another Dyr drabble.
Pairing/fandom: Cyr and Damon Fizzy again.
Warnings: It gets a little dark in some parts. Some more mature themes of death, verbal abuse, etc. Oh, and there's some language.
Background: AU, again.
Rating: T. Genre is angst and hurt/comfort.
~~~~~~~~~~~~~~~~~~~~~~~~~~~~~~~~~
Damon groaned as he stared into the mirror, trying to blink the sleep out of his eyes. He ran his hand over his jaw, feeling a patch of rough, acne ridden skin that he was sure was smooth yesterday. He must’ve had a breakout overnight. Splashing his face with water, he plodded into the kitchen, where Greg...
continue reading...
7
Character Development #1: Layers
posted by -BelovedRobin
As you are aware of a story is nothing without a cast or at least a character! Though how do we even start? Well, with an idea naturally. You can take well just about anything and make it into a fully functional character. However, that brings up the question, what can we do as writers to develop a function character?

I decided to share some ways of how I develop my own characters. 'Cause apparently they are well thought out and good? Eh, I disagree but what the hell.

First off I start with what is known as "Character Layers" and it's pretty simple. I just fell out this list. By doing so, I start...
continue reading...
2
Stasis
posted by AislingYJ
Hey guys! Long time no see, eh?
So I just got back from this writing camp and the hot guys there as well as this one couple that I just shipped so fucking hard (not to mention lack of sleep) inspired me to make a boyband! Um...not sure why. But yeah. Here's the guide to this boy band, Stasis. You might be getting some drabbles (and smut) on them later hehe