Born and raised in Toledo, Ohio, Katie Holmes acted in high school theater productions before meeting a manager who encouraged her to go to LA for television's pilot season. She won a part in the acclaimed feature film The Ice Storm (1997) in her very first audition, but she didn't stop there. A videotape was sent to "Dawson's Creek" (1998), a new production by the acclaimed writer Kevin Williamson (Scream (1996/I), I Know What You Did Last Summer (1997)), which landed her the series regular role...
continue reading...
Katie Holmes Three Months Pregnant With Jamie Foxx’s Child
posted by Brandons_mom
Rumors about Katie Holmes and Jamie Foxx’s relationship continue to swirl even after the “Django Unchained” actor’s representative reportedly made it clear that the two Hollywood stars are neither engaged nor married. A new report by Star magazine said that Holmes and Foxx are already married and that the “Days and Nights” actress is three months pregnant with Foxx's child.

The magazine said that Holmes and Foxx exchanged vows sometime in early 2016 at Foxx’s mansion in Hidden Valley, California, in a “super-secret ceremony,” Hollywood Life reported citing the article. The...
continue reading...
1
Tom Cruise Divorce: Suri to Live Primarily with Katie Holmes
posted by Victoriallen
Tom Cruise and Katie Holmes agreed that daughter Suri should live primarily with her mother in New York with generous visitation by her father, PEOPLE has learned.

The terms of physical custody of the 6-year-old was a key element of the settlement announced Monday just days after Holmes filed for divorce, according to sources.

“They both love their daughter,” says one source, “and Tom thinks she should be with her mother.”

The superstar also “didn’t want his family dragged through the mud,” says the source. “Neither one of them wanted this to be hashed out in public.” 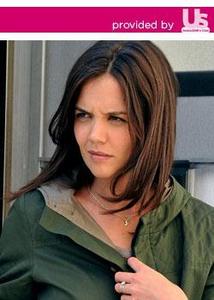 Katie Holmes just can't catch a break -- at least when it comes to her career.

First her eight-part miniseries "The Kennedys," in which she was set to star as former First Lady Jacqueline Kennedy Onassis, was dropped by the History Channel, and now her crime drama, "The Son of No One," has earned the undesired label of the Sundance Film Festival's first bomb.

According to The Hollywood Reporter, several industry insiders (and regular audience members) walked out of a screening Monday well before the final credits rolled. And when one viewer attempted...
continue reading...
More Cards
1234567891011