I woke up. I was in a bed. Where am I? I woundered. You see, I had no clue where is was, or what happened. All I knew was my name. Just then the door to the room opened. " Oh, great you're up!" the one who spoke was a tall man.
" What happened?" I asked.
" I'm not sure what happened to you, but I found you passed out on the road. I brought you here." he replied.
" Where am I?" I asked.
" Keratine village, Ninjago." he told me.
" Is it okay if I go outside?"I asked him. He nodded. I slowly got to my feet. and I walked out the door. The sight was amazing. villagers worked in their feids, the sun shined, and a old man walked the path. When people saw me they waved. Probaly just saw the man bring me back. I don't know why, but I found myself following the old man. He entered a black smith shop. I stood outside and listened. I caught bits and pieces of the conversation.
" Nothing for a ninja?
" Four Wepons, not for browsing."
" Thought I would find something special here."
" Where did he go?" I walked in side. Sure enough, he was gone. Then I heard the screaming people.
" stay here." a teenage boy said to a girl that was a little younger. He left, and I followed. The sky was purple. then a bunch of skeletons in motercycles and trucks came down the hill. I don't know why, but I felt the need to protect the village that saved me. I found a sturdy stick on the ground. Skeletons came rushing down. I whacked one with my stick and took his sword. Now I could truly fight.
Kai POV

As I attacked the skeletons I noticed a girl fighting expertly with a enemy sword. Just then A skeleton head bit my toe. " Bite this!" I shouted as I kicked him away. Two other skeletons clapped. Then Nya came out of nowhere and attacked them with a staff." I told you to stay back!" I shouted over at her.
" And what? Let you have a the fun?" she said. Three People, against a whole army. We would be toast if I didn't find the leader.

I watched helplessly as Nya was whisked off. Then I tried to get out of the way off the now falling tower. When I thougt it was over," Ninjago!" next thing I knew was I was standing next to the old guy from earlier. He then ran off.

I saw the girl get whisked away. I gave chase. Then a gold tornado slammed into me. When it stopped I was next to the boy from the shop, and the old man.
" You could have saved her! With your, twistizu aor tornazu or or-"
"Spinjizu." He replied.
"Yah what gives? I totally had her before you spin whatevered me." I complained. He then explained to Kai he needed to become a Ninja. He then turned to me.
" And you. You need to control the water with in you."
"Er, water?"
Come, you have much to learn." He kinda creeped me out a little, buti followed after him with the boy anyways.
Ninjago Masters Of Spinjizu
posted by JayWalker101
LEGO Ninjago: Masters of Spinjitzu is a comedy-action family television show shown on Cartoon Network. It is based on LEGO's Ninjago theme, but its plot is only loosely based on the sets.
The first two episodes of the first season were released on December 2, 2011. The rest of the season aired in February, March, and April 2012.Before LEGO Ninjago: Masters of Spinjitzu
"Long before time had a name, Ninjago was created by the first Spinjitzu Master by using the four weapons of Spinjitzu: the Scythe of Quakes, the Nunchucks of Lightning, the Shurikens of Ice, and the Sword of Fire. Weapons so powerful,...
continue reading...
The adventures of the Ninjago Plushies 2 [PART 1]
posted by vetyking14
Hello, i am vety, your host for this article, and now, we begin in 3..........2...............1.................

Shadow nightmare POV.
me and my nightmare army arrived at the campsite, we strike at once, we knew the ninja-plushies are outnumbered. we clashed through the night until there only 7 of us, we...
continue reading...
Meet Olivia Jones!
posted by BubblesAndAce
Alright, so this will be my first Ninjago fanfiction, so the characters' personalities and stuff might be a little bit off. Just tell me if I do anything wrong. (Lol, her pets' names are just my username!)
So, less than half way into writing this, I realize that I will probably not be finished before the next year. If I do, it'll be a miracle. -.-
Edit: I'm just going to publish this in chapters, then. ^.^

It has been a week since Lloyd released the Serpintine. The ninja and I were training. Just then, the bell rang. It sounded like a gong. "Mail!" Shouted Cole. The ninja ran to the door. Zane stayed put. The ninja came back.
"Hey Zane? How come you never get any mail?" Kai asked him.
"I have no family. I have been a orphan all my life." He responded. I was shocked.
"M-me to." I studdered. Now it was Zane's turn to looked shocked. The other ninja were surprised as well. " Honestly, I woke up the day Sensei found me." I told them.
"I woke up a month before Sensei found me." Zane said.
"We're...
continue reading...
Chapter 4- The scythe of quakes
posted by nindroid
Cole POV

I felt my face come up against something cold and hard. I looked, and backed away. Samukai stood in front of me. "Boo!" He shouted, this was the signal for the others attack. The ninja and I started to fight as well.
" Hey! It's just like the training course!" Jay pointed out. He went through the actions. Soon, a blue tornado stood were Jay was just was.
" What's the key?" Kai asked.
" Just going through the motions!" Jay shouted back. Soon Kai was a tornado of fire. I followed their lead. Now Zane and I spun round and round as well.

Each ninja spun into their tornados, and I...
continue reading...
The Winds of Change (chapter 2)
posted by Mockinjay1400
Read the previous chapter!
link

[Zayne]
There I sat, alone on the peak of the hugest mountain. No one around but Sarah.
But she could not hear me, and was possibly dead.
It all started about the same morning as Jazz arrived, except way earlier:

I woke up much before the guys, or even Sensei Wu.
I marched onto the deck to do some training.

After and hour or so, everyone got up and went to breakfast. I got the mail and went in.
"Jay, there's something from your parents…" I said, calling out the mail.
Cassidy had slid from the room when I found a larger package with her name.
"Hey Cassidy! There's something...
continue reading...
The Universal Remote: Chapter Two
posted by Mockinjay1400
Chapter Two: Yush! We Met Da Ninja!!

Universal remote ch 2
Mikey's POV
All of a sudden- THUMP!! I hit the ground, the wind knocking out of my chest. Someone had landed right beside me, because the was a cough and a struggle to inhale.
"Kelcey?" I got up. There was nothing to lean against so I sat back down. "man, is it foggy! Where are we?" I asked.
"there's a light in the distance. Let's check it out." she said.
So we began walking, and when we got to the source, we couldn't believe our eyes.
"Ninjago City!" I exclaimed. Ninjago City? Awesome!
"Woah!" Kelcey stepped back in surprise.
"what?" I asked....
continue reading...
2
INTRODUCTIONS OF THE CHARACTERS (Last article)
posted by vetyking14
good guy characters:
Kai
Jay
Zane
Cole
Lloyd
Nya
Falcon
Sensei Wu
Misako

The End
my usual day at ninjago.
posted by vetyking14
This is my life in ninjago ( in my dream )


Vety's POV
today i woke up great, i hear birds singing, some chicken being torn apart piece to piece by a farmer, and everyone is still snoring, today was my turn to cook breakfast, lunch and dinner
and the things i baked was muffins, cake, and pie. i served the breakfast at the table, " um is this stuff even real breakfast? " cole said, " yeah i think so :3 " i said , sensei wu came for breakfast " sensei want some cake?" i asked, " did you baked muffins again....?" he asked, " 13 to be exact " i commented, after breakfast the ninja got training to do...
continue reading...
The Adventures of the Ninjago plushies! [PART 2] Until Next time
posted by vetyking14
shadow-like nightmare POV.
As i was defeated that night, and i planned a revenge to that foolish Guardian, he defeated me, and left me, in shame, since that night i gathered as many as allies in the neighbourhood and made and army of nightmares, as the moon rises, and the sun sets, my allies began to attack the house, and goes to the bedroom, we hid ourselves and prepare to attack the guardian and ( you know, i dont actually know what nightmares do to the children they capture , so lets just say) do the nightmare......thing to the children.

Jay plush POV.
i waited and waited for the nightmares...
continue reading...
NinjaGo dream
posted by Mockinjay1400
So, I had drem last night, with the ninjas, One Direction, and Myself. And my mom, sister, and oc's:
So, it was storming realy bad, and about half of Louisiana was stuck under a roof.there was a really long line for food. while she comforted my sister, i waited in line. About 3 hours later, the storm was even worse, and my mom called me back and said we would just walk home. Then, i heard a voice. "Hey!" it said. I turned round and almost passed out. Harry Styles was standing right there. "H- Harry St- St- Styles?" i stuttered. he smiled broadly and opened his rms as i raced over to hug him,...
continue reading...
Earth Hour 2013
posted by vetyking14 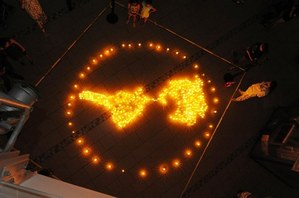 And please, this is for OUR planet with over 1 million people living on it, Go to EarthHour.org to find out more, and or if you want to join the Global Comunity

and remember, i will if you will 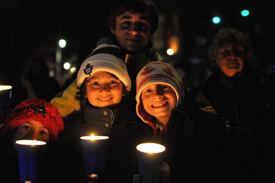 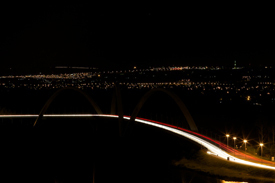 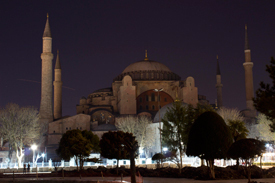 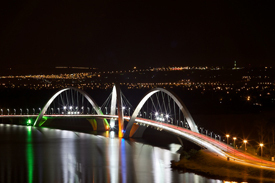 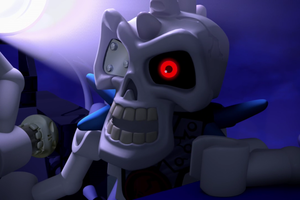 Kelcey's POV
The ninja let us stay the night. And we just sleep on the floor in Nya's room. She seemed a bit psyched to have another girl here. I wouldn't blame her.
That morning when I got up, it was like 8 o'clock. I looked in my. Backpack, which seemed to have grown another compartment, was full of clothes. I picked out a cute white shirt with a pair of glasses printed on them, a pair of jeans, and combat boots. I walked out to see the ninja eating breakfast, and I sat in between Zane and Mikey. And I must admit, I got a bit nervous. I didn't much like...
continue reading...
The Universal Remote: Chapter One
posted by Mockinjay1400
Chapter One: TV Through Time

Kelcey's POV
Yeah, just a normal day, rocking it with my neighbor and som friends. I had on black combat boots, black jeans, a black sweater, a black sleeveless vest, a pillow case that was cut up and seen to look like a mask, a grey scarf around my waist, and to tie it all together, I had a bunch of paper towel tubes taped together and painted gold. Beside me, Lucas, my neighbors cousin and on of my best friends outside school, was on jeans, blue sneakers, a blue and white shirt and a blue baseball cap. His little cousin, Chad, had on red rain boots, jeans, a red...
continue reading...
More Cards
1234567891011