6
MJ Fantasy- Life is Like a Love Song (Part 6)
posted by MrsJackson96
Time had completely escaped them, and before they knew it, the sun had set and it was night time again. Brooke was getting ready to, sadly, leave. As she was gathering her things, Michael went up to her. Hugging her from behind, he sighed, “I wish you didn’t have to go, Brooke,”
“I know Michael, but I have to work tomorrow. Besides, if you’re recording more songs, I’ll see you there, okay?” Brooke said as they walked towards the door.
“Okay Brooke, I’ll see you tomorrow.” Michael said before giving her a kiss goodbye. Brooke got in her car and looked at Michael. She waved goodbye and drove home.

Michael went back inside, feeling lonelier than what he did before he met Brooke. It was as if she was leaving him forever, rather than just until tomorrow. He was just about to sit down when the phone rang, “Hello?”
Hey Mike, how’s it goin’?”
“Oh... Hey Chris,”
“Nice to hear from you too, Mike,”
“Sorry man, I thought you might have been someone else,”
“Who?” Chris asked curiously.
“Don’t worry, it’s no one,”
“Oh... I get it... you were expecting that smoking hot intern from the studio, weren’t you?” Michael got so defensive; he had no control over what he was saying,
“HEY! That smoking hot intern’s name is Brooke, and she just so happens to be my...” Michael stopped, realizing what he was saying. He knew if Chris found out, he wouldn’t leave him alone over this.
“Yeah, she’s your what Mike?”
“Never mind,”
“Shamone Mike, what is she?”
“Hey, first of all, that’s my thing. Second, you’re going to have to wait to find out,”
“PLEASE Mike.”
“Fine she’s my... my girlfriend.” Michael said, biting his lip.
“Damn Mike you got a hold of that? Congratulations man. I thought no one would be able to get her,”
“Yeah but don’t tell anyone. I want to keep it a secret okay?”
“Sure Mike,”
“I gotta go man; I gotta get up early so I’ll talk to you later,”
“Okay player, keep it real.”
“Buy.” Michael said. He decided to go to bed after that, knowing it wouldn’t seem as long before he could see Brooke again.

Back at her place, Brooke felt the same way. Lonely inside, because she had just left her new boyfriend Michael... Boyfriend... She liked the sound of that. Not wanting to be away from Michael too long, she also went to bed early, wanting time to fly by.

The next day, both of them woke up and got ready to go to the studio. Brooke arrived there first, getting there at 5am as usual to clean the mixing boards in every studio, which took about 2 hours to do. As she was, Matt arrived. 5:30 as usual, “Hey Brooke,”
“Oh, hi Matt. How are you?”
“I am just terrific. I get to work with Michael Jackson again today... unfortunately. Can you believe it?”
“Excuse me?”
“Oh come on Brooke, the man’s a deranged psycho. I mean seriously, have you seen what he looks like?”
“Yes, Matt, I have actually and I think he’s beautiful,”
“Seriously? I think you should get your head out of the clouds. Stop thinking about that weirdo. Fantasize about a REAL man.”
“Actually, I have one. Maybe you should take your own advice and get YOURSELF a real man too, hater.” With that, Brooke walked away, fighting the urge to beat some sense into Matt. What was wrong with him? How could he say something like that? He’d never say anything like that usually. She decided to put the thought out of her head.
Michael had arrived at 5:45 as usual, so he could avoid the risk of any unwanted attention. He asked the woman at the front desk where Brooke was and then went to find her. He spotted her in one of the studios. He leaned against the doorway, folding his arms and smiling at her, “Hi there stranger,” He said. Brooke turned around and smiled,
“Hi Michael,” Brooke said, running towards him and giving him a hug.
“How are you gorgeous?”
Brooke sighed, “Much better now that you’re here,”
“Aww, what’s wrong sweetie?”
“It’s just that... Well Matt was kind of a jerk this morning. It’s nothing really,”
“Well what did he say to you?”
“I... I shouldn’t say anything. Really, don’t worry about it,”
“Okay then Brooke,” Michael reassured her. But just because she wouldn’t say anything, didn’t mean no one else would.

He walked into studio 7 after he was done talking to Brooke for the moment. And, of course, Matt was there by the mixing board, “Hello Mr. Jackson. How are you today?”
“WHAT THE HELL IS WRONG WITH YOU MATT?”
“Sorry?”
“What did you say to Brooke this morning?”
“Me? I didn’t say... Wait, how do you know Brooke?”
“Th-that’s beside the point Matt... What did you say?”
“You want to know the truth? FINE! I told her that you were a deranged psycho and that she should get her head out of the clouds and fantasize about a real man.”
“Get out of here you attention-seeking LOSER!” Michael yelled. Matt stormed out of the room, “Oh no... Brooke!” Michael ran out to find her. He found her in the staff room. She was there just sitting at the table, “Matt told me what happened. Well actually, he yelled it to me... Are you okay beautiful?”
“You’re asking me if I’m okay? What about you Michael? You must feel terrible,”
“Hey, don’t worry about me. I’ll be fine. It’s something I live with. But I know you’re not used to it.” Michael said, comforting her.
“Michael? When people find out about us, things won’t be the same anymore... Will they?”
“I guess not,” Michael said, hugging Brooke as she lowered her head in disappointment, “So I guess we just have to keep us a secret to most of the world so you can have a normal life then, huh?”
“You’d do that for me? Thank you Michael!” She said, kissing him.
“Hey, as long as I get to be with you, I’ll do anything for you. I... I love you Brooke,”
“I love you too Michael.” 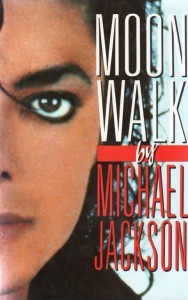 "I've always wanted to be able to tell stories, you know, stories that came from my soul. I'd like to sit by a fire and tell people stories make them see pictures, make them cry and laugh, take them anywhere emotionally with something as deceptively simple as words. I'd like to tell tales to move their souls and transform them. I've always wanted to be able to do that. Imagine how the great writers must feel,knowing they have that power.I sometimes feel I could do it.It's something I'd like to develop.In away,somewriting uses the same skills,creates the emotional highs...
continue reading...
Lisa Marie n Joe Jackson 2003 (I think...)
posted by pmjlover1997
''Lisa Marie was and still is Michael's big love of his life.'' said Joe Jackson
After the allegations he married Lisa Marie. In their first TV interview the two newlyweds were asked if they have sex. Can you imagine a reporter asking Paul McCartney the same question shortly after he married Linda? Would any reporter ever ask newlyweds if they have sex? Why else should two people marry-to not have sex? The question was an insult but Lisa the little jewel answered,yes,yes,yes-I Love her for that. And so does Michael
''Michael never had to be afraid of Lisa marrying because of money. She had enough...
continue reading...
9
SORRY!! It's my opinion!! :X
posted by Reis7100 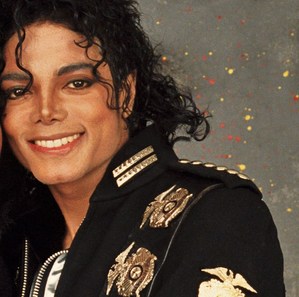 Ok .. after seeing the interview that Lisa Marie gave to Oprah, I have been thinking. Michael was a great artist an incredible entertainment, a person who speaks with the heart ... and when I looked at my photos of him, I thought how happy he was in the early years of his career, he smiled as if he lived in a fairy tale was all perfect until that 1993 has arrived. Then came the beginning of the collapse of the tale, the evil people began to multiply, an accusation was made to him, meaningless accusation, but it was sufficent to Evan Chandler have a Michael Jackson injured and weaker. And Michael...
continue reading...
10
Didn't Expect This!!!!
posted by thriller4ever 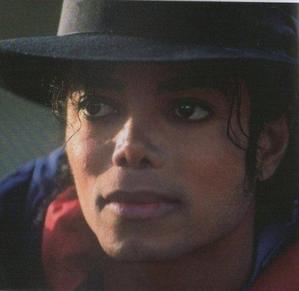 you all guys must be aware that some Michael fans are giving bribes to the security guards to have a glimpse of Micheal's tomb. As a die hard and a helpless fan of mj maybe me too would have gone to any extent for Michael. there are some lucky people who have been able to attend his concerts and the most fortunate people have met him face to face.
but for the others, all they can do is just dream about him or visit his tomb! But what bothers me when i heard this news is that it is written that fans were posing for inappropriate and even disrespectful photos AND the tomb was...
continue reading... 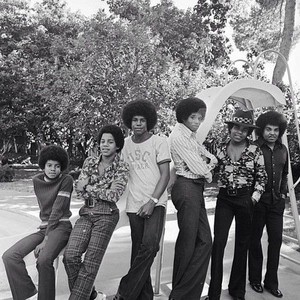 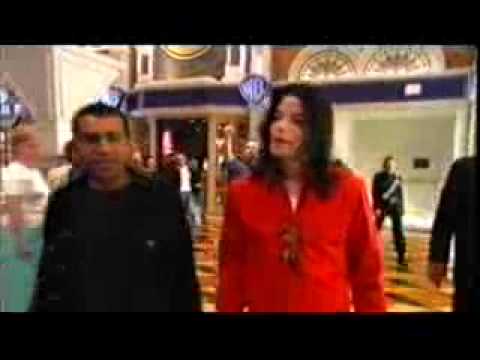 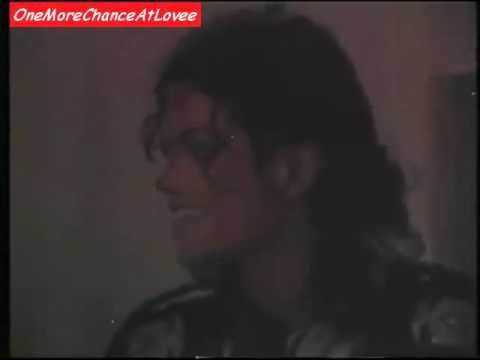 4
Best Rap Songs with Michael Jackson Samples
added by caligurl16
These are a few [not all] rap artists who have sampled MJ in their songs, see if you can guess which song they used! <3
video
music
songs
tribute
fan made
samples
michael jackson
king of pop
rap songs 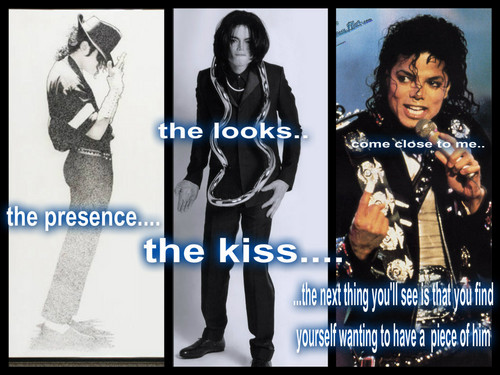 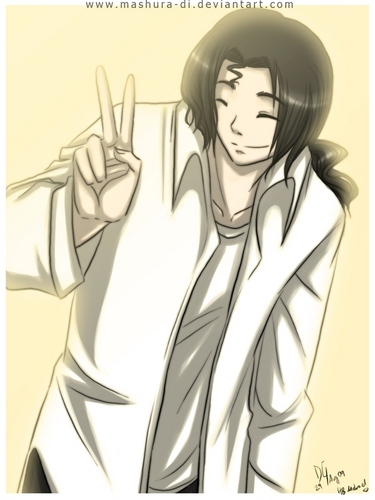 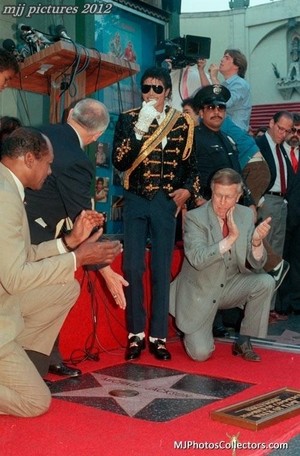