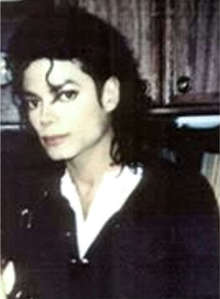 Now its been almost a week since the whole shout match between Alicia and Jenna ocurred,Despite the time things between Jenna and Alicia not good what so ever. Michael and his crew are now headed to South Dakota.


"'Cause I'm Slim Shady, yes I'm the real Shady
All you other Slim Shadys are just imitating
So won't the real Slim Shady please stand up,
please stand up, please stand up?" Alicia sang aloud, as she was blasting "The Real Slim Shady" By Emimien from her ipod speakers. "Alicia could you please turn that down?" Michael asked looking up from the book he was reading. Alicia turned the speakers down but still kept on rapping. "Will Smith don't gotta cuss in his raps to sell his records; well I do, so fuck him and fuck you too!You think I give a damn about a Grammy? Half of you critics can't even stomach me, let alone stand me "But Slim, what if you win, wouldn't it be weird?" Why? So you guy could just lie to get me here?So you can, sit me here next to Britney Spears?", "Alicia stop rapping, you suck at it, so please leave the rapping to Eminem ok?" Michael said once again taking his attention off the book he was reading. "I never said i could rap i was just..you know rapping along." Alicia replied. "Well stop...its annoying." Michael said. "I stopped didnt i, you dont have to tell me twice." Alicia said as she turned off her ipod and ipod speakers. "Man im bored, are we almost there yet?" Alicia asked. "Nope we still have another 2 more days worth of travel." Michael replied without looking up from his book. "Ugh!" Alicia moaned. "This is the one part i hate about touring, i hate the traveling from point A to point B to point C to point D." , "Ok Alicia i get it you dont have to spell it out in the whole alphabet." Michael said cutting her off. Just then the bus came to a sudden stop causing Alicia to lose her balance and fall onto the sofa, "OOOhhfff". "What the hell is going on?" Michael said aloud as he put his book down and got up to go investagate, Alicia followed along behind. "What is going on?" Michael demanded as he walked towards the bus driver. "I dont know what happened the other bus in front of me just stopped." the bus driver replied. Michael looked out the windsheild to see the bus that was carrying his backup dancers stopped in front of them. "Im going to go find out whats going on here." Michael said as he stormed off the bus and made his way to the other bus. Michael looked in the driver window to see that the bus driver was nowhere to be found, slightly upset michael then made his way into the bus and saw all the other dancers just sitting there. "Where's the driver?" Michael asked. Everyone pointed to the back room. Michael then made his way towards the back bedroom. Michael busted into the room to find the Bus driver lying on the bed with no pants, only his shirt and boxers and Jenna on top of him. "What the hell is going on here?" Michael demanded. "We were just going to have a little fun, would you like to join us?" Jenna said flirtatously. "No i dont not put on some fucking clothes, and you get back to driving or your out of a job!" Michael demanded before slamming the door and storming out of the bus. "Dude what happened?" Alicia asked as michael made his way back onto the other bus. "Trust me you dont wanna know." Michael said. "Let me guess, it had something to do with Jenna." Alicia replied. Michael nodded in agreement. "Well what was she doing? giving the bus driver a lap dance?" Alicia asked. "No..worst" Michael replied. "Was she about to you know...get it in?" Alicia asked. "Yes she was trying to get it in with the bus driver." Michael said. "That little....oooohhhh!" Alicia said,by her tone michael could tell she was just as pissed as he was. Just then Frank who had been asleep all this time awoke. "What happened? why were we stopped?" Frank asked. "You dont wanna know." Michael replied.

Meanwhile back on the other bus, Jenna is sitting up front with the bus driver and she is talking to him

"So when we make it to a hotel do you wanna you know finish what we started?" Jenna asked flirtaously. "No...i dont you almost cost me my job honey and i need this job ok." the driver said without even giving her any eye contact. "Oh come on..you know you want to, you would have loved it if michael had not walked in." Jenna said. "Look im actually glad he did...because..." ,"Because what?" Jenna said cutting him off. "Because i have a wife and a child on the way...im glad he walked in because if he hadnt i would have went all the way i would have never forgiven myself for it, now leave me the hell alone go find someone else sleep with cause im not going to." the bus driver said sternly. "Fine...i just find someone else...to go through with my plan." Jenna said as she got up and began to make her way to the back of the tour bus. "What plan?" the bus driver asked. "Nothing that concerns you." Jenna said coldly as she walked away...........................


Note: Just wanted to let you guys know that i didnt forget about Thiller Era Fantasy: Michaels choice im just still trying to think out the next part, if you have an idea how to start the next part feel free to put it in the comments. :) Anyways hope your enjoying this story so far, its going to get very climaxtic from here. ;) 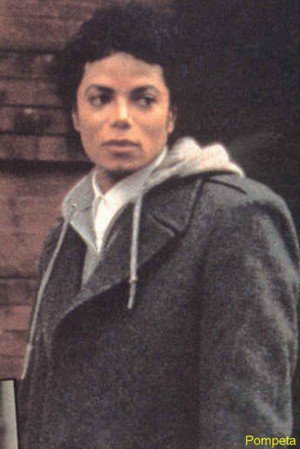 MJpixy, zseideljackson and 4 others like this
MrsJackson96 OMG L.O.V.E. it :) can't wait for part ten :D
MJpixy God,that was too much,I hope Jenna is not gonna ruin MJ's marriage!
yoyojackson Aaaaaaaaaasaaaaaaaaaaaaaaaaaaa!!!!!!
6
My Dangerous Era Fantasy: Could this be love? Part 20 (Finale)
posted by mjkingofpop1 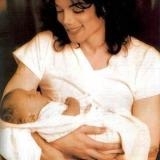 Michael holding Little Wendy (I know its him holding Prince, but pretend it's Wendy he's holding)
10 weeks later
Michael and Aislinn went back to the hospital to check out the gender of the baby. She was 14 weeks in and her tummy started showing. They waited in the room for Dr. White to come in. He came in soon enough. "Why welcome back, Mr. and Mrs. Jackson. I suppose your hear for your check up on the baby?" He asked, looking at them. Aislinn nodded and he got the jelly and the ultrasound. (Me: Note that it may not follow the actual story line of his life and his kids.) "Lift your shirt and let's see that stomach of yours." Aislinn lifted her shirt over her stomach and the doctor put the...
continue reading...
4
MJ Fantasy- Life is Like a Love Song (Part 1)
posted by MrsJackson96 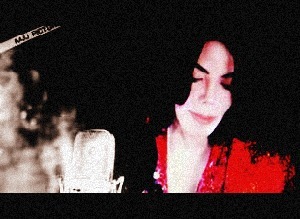 Michael looking sad in the recording studio
Dedicated to Helena Berglind (A.K.A. Chokladen94) my bestest fanpop friend, Jennine Jackson (A.K.A. mjjennine) My MJ obsessed friend, Jane Jones (A.K.A. Peterdaddy) for being there for me when I need you, Essie Pan (A.K.A. mjpeterpan) my angel, for all your advice, Abigail Page (A.K.A. powertothefoxes) for your creative mind, and Alicia (A.K.A. foreveraMJJFan), for inspiring me to write this fantasy. Thank you all so much. I love all MJ fans from the bottom of my heart.

Prologue:
The Year is 2000 and Michael has been thinking up some new songs. He has decided to go to the recording studio and...
continue reading...
5
The Fake Boyfriend Part 10 (The Wedding)
posted by msmj2012 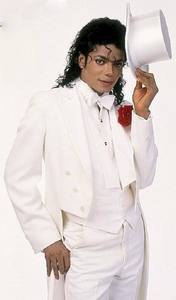 Michael, looking sexy in white
On Saturday, there was pandemonium once again in the Davis household. Mrs.Davis made pancakes, grits, eggs, and sausage for breakfast. Ayanna gagged when she smelled the floor and ran back upstairs with her hand over her mouth.

"Breanna, what's wrong with your sister?", demanded her mother.

Breanna shrugged and continued to eat her breakfast. She did not want to betray her sister's confidence. Before Mrs.Davis could say another word, the phone rang.

"I'll get it!", cried Breanna, relieved to escape. She picked up the receiver. 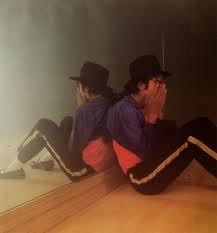 large
Michael started running after Madeline,but when he got out of the hotel,he couldn't find her anywhere!So he went back in his room and called Dave."Hello?",Dave answered."Madeline is gone!",Michael said desperately."What do you mean?What happned?"."I was going to go to a walk to find the way to tell her and when I opened the door Madeline was there crying and as she saw me she ran away and I ran after her but I couldn't find her and...oohh God!She heard our phone conversation,I'm shure!Oh,God!".Michael was crying while he spoke,so Dave couldn't understand all of what he said,but he knew he must...
continue reading...
2
Michael Jackson is relly bad Chapter 3
posted by MJforevealies 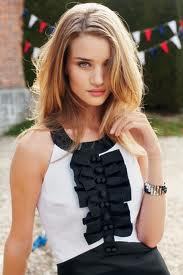 Rosie
So the next day Michael wakes up in the hospital and he check hes phone is call hes mom and he say " mom can you pick me up?" mom say " I can't and I got good news your father is coming back from his business trip and i have to go pick him up later honey " Michael say " ok mom can you guys visit me?"
Mom say " i don't know If your father would want come to visit you" Michael say " fine then bye" Mom say " bye" Michael was so mad that he trew hes phone on the bed and then one of hes boys Anthony came in and say " what's happening boy?" Michael say " nah nothing but my father is coming back but...
continue reading...
4
The New Best Friend Chapter 2 Part 5
posted by numba1MJfan

;MICHAEL:ok jasmine then lets talk..michael was getting nervous :jasmine:tatiana called me a few minutes before you came over :michael:she waht?? :jasmine:she calld me ..teling me not mess with you..aprently your her man :michael:she is lieing..i never fell in love with her.we just work together thats it...we kissed once on stagecasue it was part of it..she must have thought it was real ;jasmine:yaa?well how do i know it wasnt real :michael:because this a real one..he leaned over a kissed her :jasmine:haha okay that was real :michael:i told you :jasmine:ya you did.but can you please straighten...
continue reading... 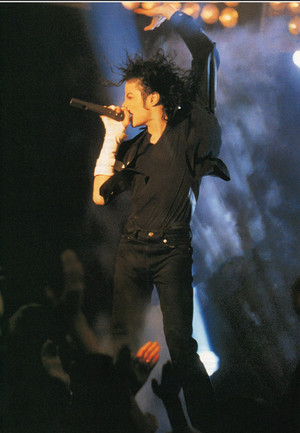 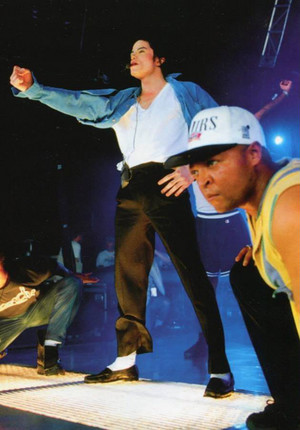 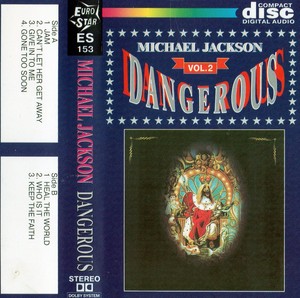 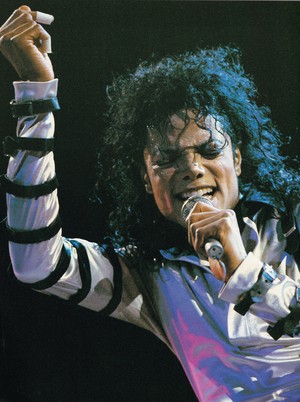 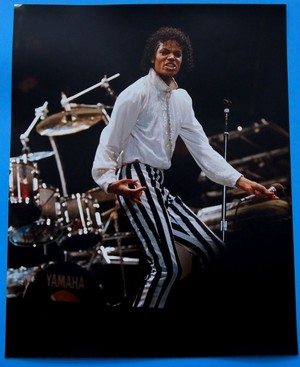 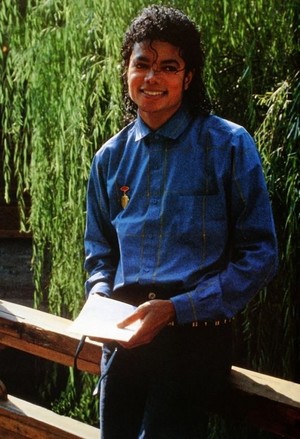 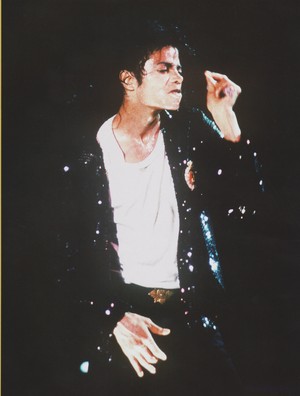 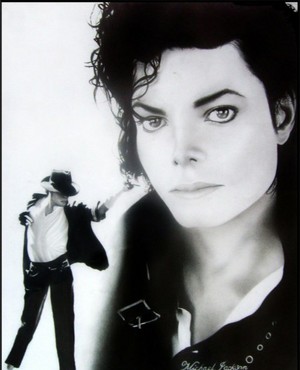 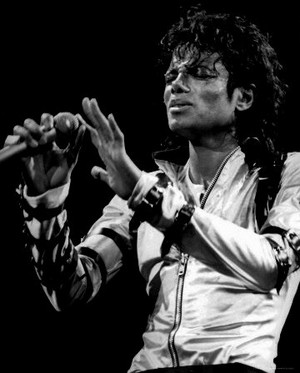 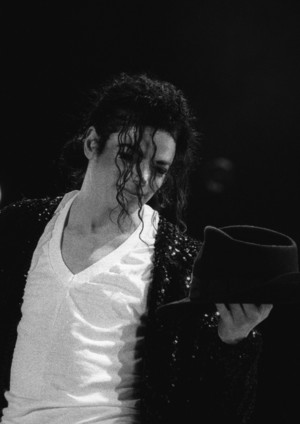 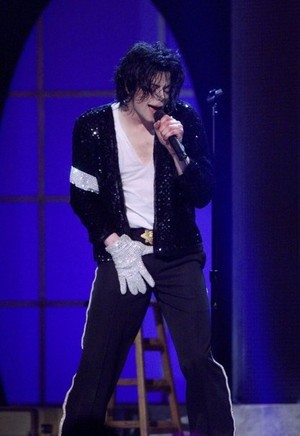 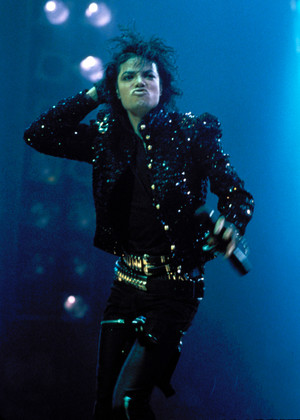