Percy was on vacation, and Orion was taking over for him.

Orion: *Hitting spikes into rails* Why does Pete need me to help you? You're perfect on your own.
Jeff: Actually, repairing...
continue reading...
1
What Do You Think? #2: Pets and Ponies
posted by mariofan14
This is going to sound like something you may not like, but I was thinking: what would it be like if the ponies went into the world of Littlest Pet Shop, and vice versa? I think that would be a pretty cool thing, but if the ponies did go into the LPS world, people would wonder what kind of animal they would be. Would they still be tiny ponies or another animal, or would they turn into humans? (EG doesn't count as they are humanoids, not 100% human.)

Also, if the pets and their guardian, Blythe Baxter, did go into the pony world, would she turn into a pony and the pets stay as pets, or would the pets turn into ponies as well?

Whichever one of these happens, what would they do? How would they find a way home? What fun would they have, and who will befriend one another?

Anyways, those are only my thoughts. What do you think? (Yes, this is quite short because I didn't put much thought into this one.) 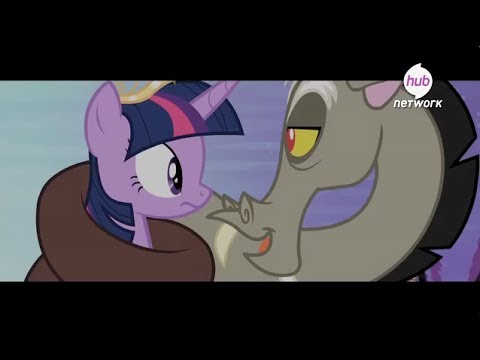 1
My Little Pony/Maleficent Trailer
added by Seanthehedgehog
Crossovers. Crossovers everywhere.
video
my
magic
friendship
rainbow dash
is
fluttershy
my little pony
my little pony friendship is magic
2
Dream: a MLP:Fim oneshot 3/3
posted by alinah_09
Don't stop believing that a good thing could happen in your life...

Since the day i found that particular letter,i have returned to my determined self. Of course my brother and father,who had just got out of the hospital at that time were surprised at the sudden development,but they were relieved. As for me,I was absolutely happy that i dont have to throw away my dream. They could tell me that they're fantasies,but i dont care about their opinions anymore,because this is special to me,and my mother made me realize how so. Also,i have also come to realize that this is not only for me,but also...
continue reading...
3
The Ballad of Ice Ball - Chapter 10 - The End
posted by Windwakerguy430
It had been four days since Snow Flake died.
The funeral was held two days after her death. Ice Ball was there, and Violet was there to comfort him. Once the funeral ended, Ice Ball stayed, still sad over her death. So sad, he refused to move. He was then given no choice but to move as Violet helped him up.
Two days afterward, Ice Ball visited Snow Flakes grave and said, "Hello, Snow Flake. I came to let you know that i have been doing real well lately, and so has Violet. She even met a nice stallion. I sure hope they will become as happy as we were. I also got one of my songs turned into published...
continue reading...
3
The Ballad of Ice Ball - Chapter 9 - The Last Song
posted by Windwakerguy430
It had been three weeks since Snow Flake was given the news.
She was getting worse with each day, until it finally came to where she needed to be in extreme care in the hospital.
Violet was given the news, but she could not bear to see her mother dying. She did tell her she loved her, but thats all she could do. Ice Ball, however, stood by Snow Flakes side the entire time. He would not leave Snow Flake here by herself, so she could die alone. He did not want that for her.
Once the day came, Ice Ball could hear Snow Flake breathe heavily now. Ice Ball held Snow Flakes hoof and said, "I'm so sorry...
continue reading...
1
Con Mane: Casino Royale
posted by Seanthehedgehog
The story starts in Brazil, as a car pulled into the parking lot. The pony driving the car was Mr. Casa.

After Mr. Casa entered the building, he went to an elevator, and went to the floor where his office is.

Mr. Casa: *Staring at empty safe*
Con: P really doesn't mind when you borrow his money, but when you steal it, that's another story.
Mr. Casa: I should've known P would've sent you.
Con: It's a pleasure meeting you too. But whatever happened to your bodyguard, Illios? 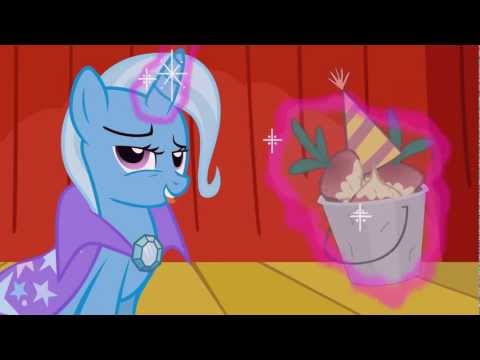 2
[PMV] Magic
added by shadirby
NOT MINE.
video
my
little
pony
friendship
is
magic 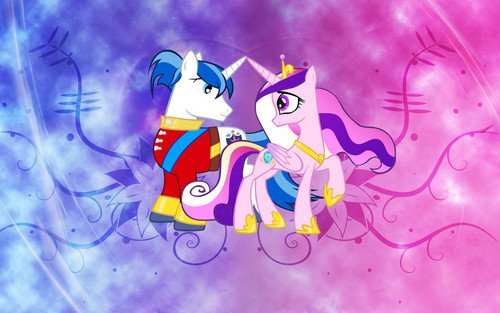 2
Shining Armor and Cadance Wallpaper
added by triq267
Source: Not me... 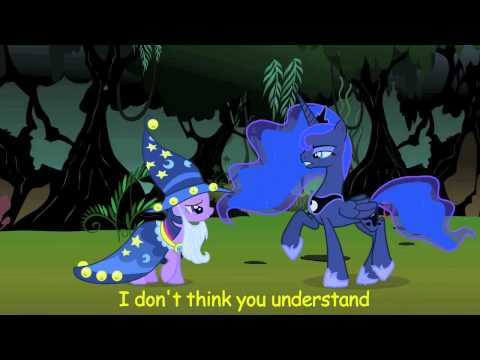 Princess of the Night
added by shadirby
NOT MINE.
video
my
little
pony
friendship
is
magic 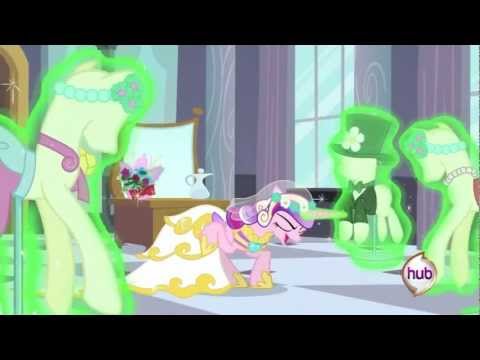 4
This Day Aria duet with MsIkarishipper
added by StarWarsFan7
Queen Chrysalis: MsIkarishipper (Me! ^^) Princess Cadance: snowywolf15 This is a collab/fandub that we did and it turned out very beautiful!
video
msikarishipper
snowywolf15
starwarsfan7
this day aria
cover 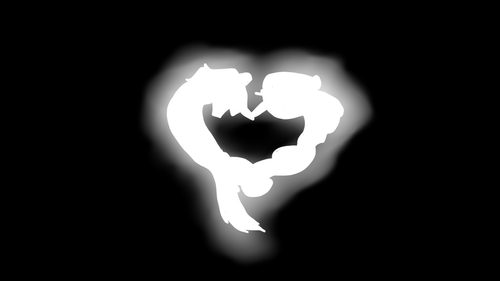 3
Shining Armor and Cadance Wallpaper
added by triq267
Source: Not me... 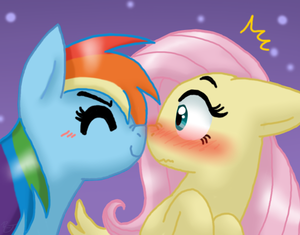 Season 1 MEGA-REVIEW
added by shadirby
NOT MINE.
video
my
little
pony
friendship
is
magic 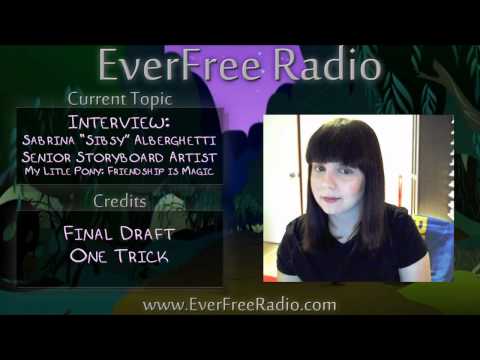 Sibsy Interview
added by shadirby
NOT MINE.
video
my
little
pony
friendship
is
magic 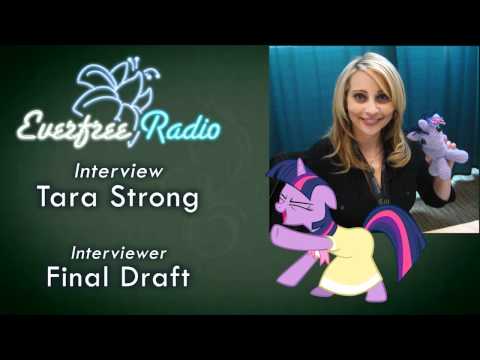 1
Tara Strong Interview
added by shadirby
NOT MINE.
video
my
little
pony
friendship
is
magic
3
The Grass Isn't Greener on the Other World: Two
posted by StarWarsFan7
I have absolutely no idea what had just happened to me.

Whatever I'd done must have affected everypony else because... there are no ponies.

My dear friend Rarity runs up to me. She is a human also. What a relief! I'm not the only outcast.

"What's happened?! Why am I walking on my hind legs! And why do I look... simply gorgeous?"

I roll my eyes. Typical Rarity.

She has the most beautiful, short white strapless gown and at the lower right corner of it is a design that used to look like her cutie mark. Three diamonds. It goes perfectly with her, still purple, hair.

"I don't know....
continue reading...
9
Equestrian Tales~Chapter 3
posted by Tawnyjay
Chapter 3: Rainbow Dash
I stared in shock as the princesses flew away. Tank and Owlysious was gliding urgently beside Fluttershy, whom I was worried about. When she was terrified, her wings tended to fail her. As I thought this, one wing stuck to her side, followed by the other.
Fluttershy plummeted down, screaming her head off. I shot down, desperately thinking about how I was going to do this. By this time, Rarity had landed on the ground, but in a giant mud puddle. “Aaaaaaaah! My dress!” she screeched. She was sliding down a hill that leads...
continue reading...
More Cards
1234567891011