1
The Little Door Part 1
posted by Saracuda
"2:30." Liberty thought to herself. He should BE here by now! She looked nervously over her shoulder. Liberty was a young lioness. She'd recently moved to New York city from her quiet home in Africa. Her sisters and one brother had all been taken to separate zoos. She'd been sent to Central Park Zoo. She was so lonely. So cold. Then she met a lively bunch of commando penguins.
She couldn't help but smile as she thought of how they'd first met. It had been raining. Liberty was moping around looking for anyone familiar. Suddenly a small penguin had dropped out of the trees and landed on her. He wasn't very heavy but the force of the impact had left the two sprawling all the same.

The little penguin introduced himself as Private. Soon after, three other penguins dropped out of the trees. Liberty was a bit startled. Everyone knew penguins don't fly, much less climb trees. They- or rather (mostly Private) explained their motives on accident, recieving a hard slap everytime. A tall penguin with a dome-like head and deep voice was addressed as Kowalski. A bulky penguin with a mohawk and scar was called Rico. He
apparently had damaged vocals. Skipper was Liberty's immediate favorite. He was a bit taller than Private with a strangely flat head and deep blue eyes. What Liberty noticed most was his protective nature. He was obviously the leader.
Liberty had a slight crush on him.

Now she felt a flipper on her back. She jumped, starled. "Rico!" she exclaimed, "What are you doing here? Where's Skipper?"
Rico motioned for her to follow, "Trouble." he grunted. "Come elp!" (Come Help).
Liberty darted after the sliding penguin.
"Please don't let him be.." she never finished the sentence. She rounded the turn and stopped, frozen to the spot.

A sudden gush of relief ran through her. Skipper was fine, so were Private and Kowalski. There was a cage with a brown something or other inside.

Liberty moved in for a closer look. It was an otter. It shrank back from her and whimpered, "Skipper, you said this wouldn't hurt."
Skipper scoffed, "It won't Marlene. She's just going to break the lock."
Skipper looked up at Liberty, his eyes asking, "You will right?"
Liberty complied. Her powerful jaws snapped through the lock and the cage door swung free. Marlene scrambled out of the cage and collapsed into Skipper's uh..flippers (That rymed -.-)
She rested her head on his shoulder and nuzzled him.

Liberty watched in blank silence. Inside she felt something die. Maybe her heart. Or maybe that little place saved just special for the love of her life.

"Skipper," she said. Skipper looked up, "I'm sorry."
He replied. "I should have told you."
Liberty slunk away in silence.

The door to that little chamber locked up inside.
PoMroxx likes this
penguin014 uhhh oh skipper has another fangirl XD good story ^_^
PoMroxx <3 luvve it! *another fangirl!!!* :)
SkippX101 Awww!!!! Skipper you are such a heart-breaker! <3 love it, love it, love it!!!! <3
Saracuda Thank you!
4
PoM Comic Books Better Than Episodes?
posted by Bluepenguin 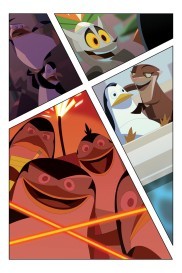 I'm reading some of the synopsises of the PoM comic books on Madagascar Wikia, and some are better than the real episodes!

Issue 1: Synopsis - "Join the Penguins of Madagascar on an all-new mission! When the Penguins discover that the zoo's new platypus Mia has been separated from her eggs, they put their military minds together to hatch a plan for a Great Escape - back to her native Australia! Goodbye New York, Hello adventure!"

Issue 2: Synopsis - "Stranded in Brazil, Skipper enlists the help of some unusual locales, including a snake named Jose who is anything but, in order to reunite his...
continue reading...
1
The Penguin Zone Episode 2: To serve lemur
posted by 67Dodge
Author's note: I know it's been like, forever, since I've written more of this Twilight Zone-POM crossover. I'm really sorry, you see, the paper that I write the rough draft of each chapter got caught in the rain, so I lost 65 days of work!!! This is Episode 2, Episode 1 being about the plane and the gremlin. *talks like Rod Serling* Here, we have the most credulous sight of all, the place is Madagascar, 1965. A rising king and his loyal followers are claiming power, when a surprise visitor arrived. Julien, the king, Maurice the diplomat, and Mort the bad secretary. The newcomers have travelled...
continue reading...
2
The Feather of the Crystal Falcon (part1)
posted by Icicle1penguin
This is one looong chapter. XD
And it has me in it! :3
Seriously. Long chapter. Find time to read it. XD

It was a warm breezy day in the month of May (Hey, that rhymed!). The penguins were lying around the HQ, bored. Their training was done for the day, sooner then Skipper expected.

Kowalski was mixing different chemicals at one corner of the room, hoping to discover something out of the blue. Rico was just brushing his doll girlfriend's plastic hair...for 52 minutes straight. Private was watching TV, changing the channels...
continue reading... 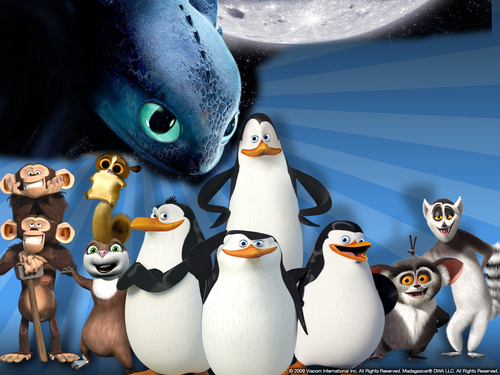 7
Toothless invades the PoM wallpaper!
added by beastialmoon
Source: me and this site 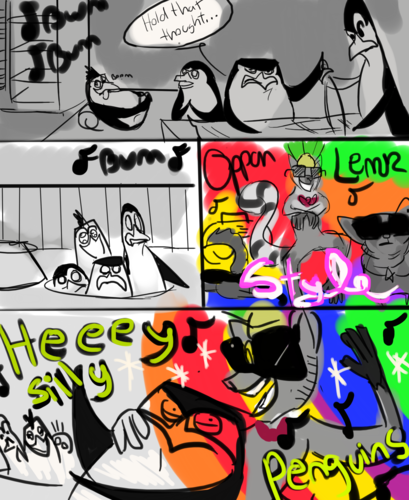 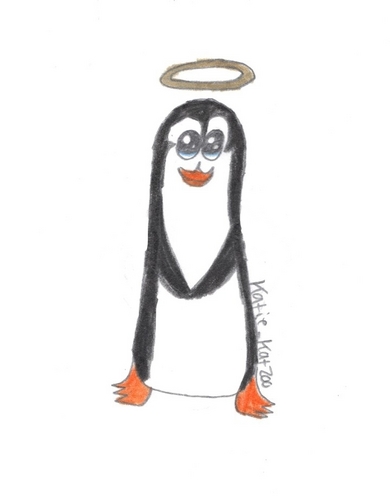 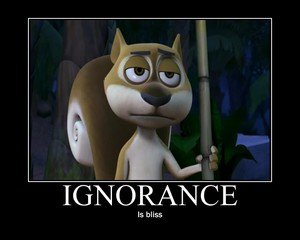 4
Ignorance is bliss
added by SaturdaySurpris
Source: bighugelabs and me 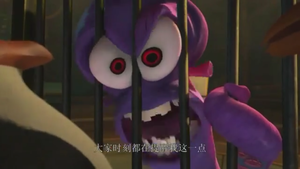 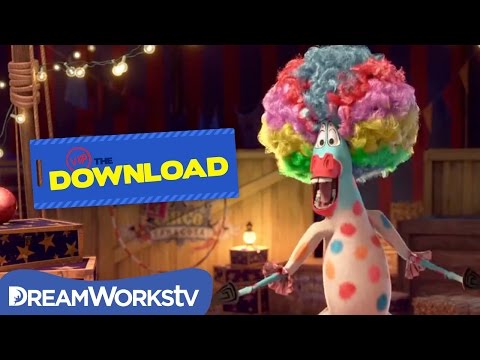 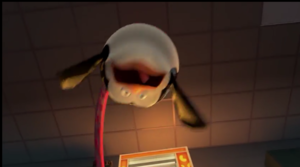 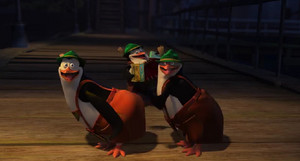 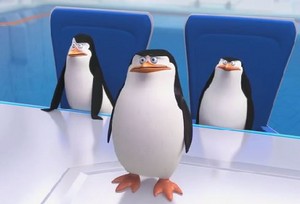 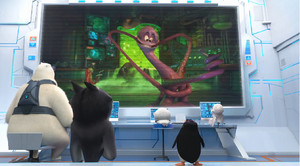 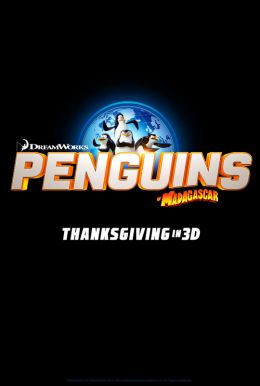 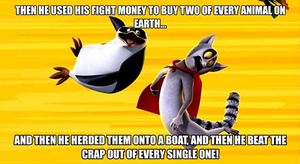 1
Meet the Skipper
added by Bitt3rman
Source: me 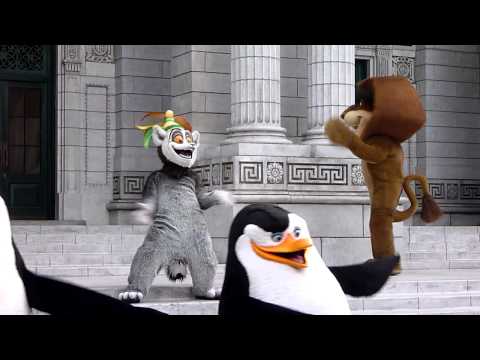 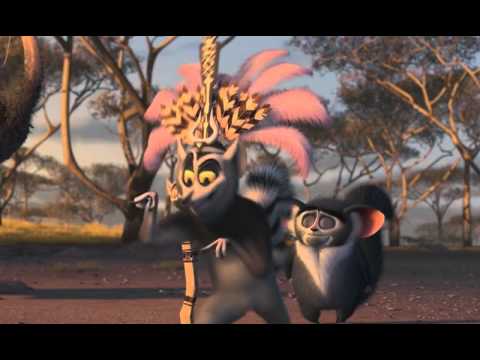 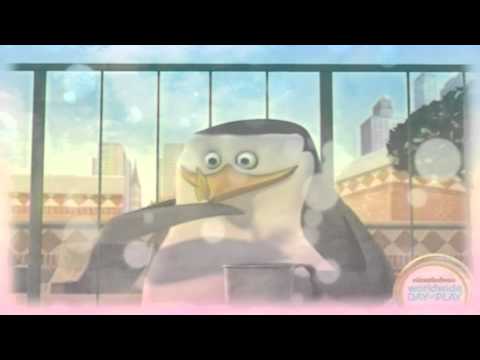