I was a boy who once had a great life. The reason why I said “used to be” is because I died, and somehow, I was reborn and regained my memory. My name used to be Francis Adams. I once had two good parents, two 1-month old twin siblings named George and Georgia, and a girlfriend named Christian Anderson. I got straight A’s every school year.
When I was 12 years old and in 7th grade, my dad and I were walking home from school and then one of my dad’s workers stopped us. My dad, who owned an electronic company with many employees, forgot to pay one of his workers the time.
“Where’s my money, Mr. Adams?” the worker asked.
“I’m sorry that I forgot to pay you Darden, but there were so many workers for me to pay, so please let me have more time to get the money,” my dad begged. Darden then pulled out his gun and he was going to about to shoot my dad but my dad quickly grabbed his arm. Then Darden accidentally pulled the trigger, and the bullet shot me in my forehead. My dad and Darden were struggling with the gun, and finally, my dad got the gun. He shot Darden in the head so Darden wouldn’t bother him again. After that, my dad realized that I was dead, and immediately called my family and my girlfriend to notify that I was dead. My family and my girlfriend cried so hard that their tears wet their clothes.
While my soul separated my dead body, I lost all of my memory I’d forgotten them, how I died, my school, my girlfriend, my life, and even my family. Then I was reborn as a newborn baby. My new life had begun. I had different parents with different jobs and an older sister named Christian. At the age of 4, when I first saw my sister’s face, I had some strange vision that I had some prior connection with her other than a sister. My family called me Joey at this point. Three years later, in 1st grade, I’ve learned that my last name was really Anderson. Suddenly, I had this same vision but this time I’ve remembered that Christian used to be my girlfriend.
The following school year, at recess, I was walking around; doing nothing, but then the twins named George and Georgia came to me. “Hey Joseph, you wanna play 3-square box?” George asked. I didn’t really mind playing so I nodded “yes.” After recess, the twins asked me one more thing. “Joey, do you want to play with us at our house?” Georgia asked. I didn’t really care about it so I nodded “yes.” When the twins and I went to their house, all the sudden, I had another flashback but this time was different. I remembered that this house used to be my house. When I met their parents, I had another flashback that the twins and their parents used to be my family!
I asked Anderson’s family if I could live with them, and they said I was always welcome to go to their house or sleep over. So I went to their house almost every weekend and played with George and Georgia. Parents from both families became good friends as well. I was so lucky I had two happy and warm families.
deathding, PYGMSfan5 and 2 others like this
madscientist117 Please rate my fan fiction story after you read it.
4
My Heart
posted by Musiclover456
My Heart is cold
bitter
and sad
My Heart is angry
raged
and nothing more
My Heart is crying
crying
and lonely
but my heart can be warm
soft
and happy
My Heart can be happy
joyful
and everything else
My Heart can be smiling
smiling
and with friends
but people hate me
so my heart reflects that
i cut myself from
you and everyone
i cut myself from the
world
my heart hates being alive
so please help me
before
i give up
hope
and i start dying
from the inside
out
so be strong and help me
show me what it mean to be alive
show me the way to happiness
show me what being happy means
show me before my
Heart
give out
on
me
9
2012
posted by GoldnSnitch_96
Ok, alot of people are shittin their pants because some achient calander said that the world is coming to and end. R u 4 ceral? Plus, alot of u are thinking, but bro, so much shit is going down it isnt funny, the world is gonna end bro! Ok, so stuff looks preatty bad now. Japan is in shit and there are earth quakes and floods. But think about it,what do u think people were thinking during the black plague? Or the world wars? The world isnt gonna be over yet. Mabey soon. Mabey the moment u finish reading this your house will blow up. Mabey tomorow a piano will fall on the prime minister. We...
continue reading...
5
Marriage Quotes By Men
posted by karpach_14
I married Miss Right. I just didn't know her first name was Always.

It's not true that married men live longer than single men. It only seems longer.

Losing a wife can be hard. In my case, it was almost impossible.

A man was complaining to a friend: 'I had it all - money, a beautiful house,a big car, the love of a beautiful woman; then, Pow! it was all gone!' 'What happened?' asked the friend. 'My wife found out..'


Wife: Let's go out and have some fun tonight. Husband: Okay, but if you get home before I do, leave the hallway light on.

How many men does it take to open a beer? None. It should be...
continue reading...
2
Cabin for the Summer-Chapter Four:Minnie
posted by moolah
Cabin for the Summer
By: moolah
Chapter Four: Minnie
Hi, I’m Minnie Ellen James Buchanan. I live with my boyfriend Sam’s parents, Ashley and Kurt. My parents (R.I.P), Nancy and Chris died 6 months ago in a horrible car accident. My little siblings, Marilyn and Jassen were sent to our godparents, Ian and Lea. I was old enough, that I wanted to be with my boyfriend. They welcomed me in with wide arms, but every time I have a school thing our something, they insist I talk to Ian and Lea about it, because they are just “the housing parents”. I treat them like my parents...
continue reading...
5
MUSIC.
posted by EmzLovesCheryl
Ok, I'm bored, so I think I'll talk about the thing we all love - music.


What is music? Music is the most addictive drug you'll ever come across. It's the one thing that will go on living, that anyone can learn to love. There will be a peice of music to suit everyone, you can always find a song to relate to, no matter how you're feeling. When making music, you're creating a monster, a monster that will make people dance, sing, be happy. It's the most powerful monster of all.

Each good songwriter and composer has the ability to express emotions and feelings through lyrics and notes, and make other...
continue reading...
1
RANDOM GURL
posted by Gothheart13
MTAWGADTH.ADWG.DWTGA.MWPH.OWGAMPJAWNDGMDA LOL (JUST KIDING)
Yo mama so fat that when she wore a yellow rope the sun wanted to marry her.LOL
Knock knock Whos their Justin beiber Justin beiber who JUSTIN BEIBER WITH UGLY FEAVER.
SAY I IF U HATE JUSTIN BEIBER.
LALALA BLAH BLAH BLAH WAT TO DO.
I WANT GLASSES.
Spell i cup then say colors.
I LUV CHOCLATE.
I Rock.
DJ TURN IT UP THEN PEE IN A CUP.NOW KIDS HAV FUN NOW WERE DONE.WAKE UP IN THE MORNIN FEELIN GREENER THAN SHREK,SLEEPIN IN THE HOT TUB WITH A PAIN IN THE NECK.O HER EYES HER EYE THEY LOOK LIKE THEIR SO BLINDED SHE SO HORRIBLE THAT I TELL HER EVERYDAY JUST THE WAY U FART.

I WAS JUST BORED SO JUST I THIS HOPE U LIKE IT. 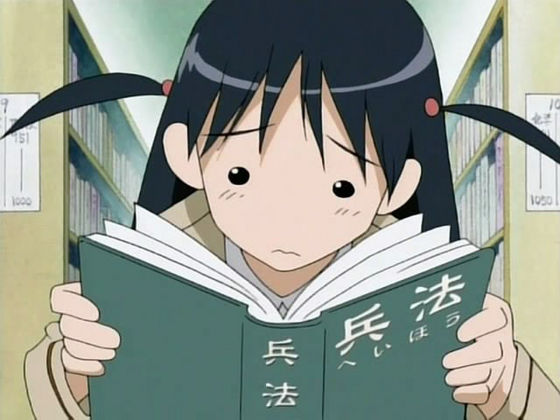 6
THIS IS FUNNY
posted by jessicamc26
A stoner called the fire department and said, "Come quick my house is on fire!" The Fireman asked "How do we get there?" The stoner says "DUH, the big red truck!"

THIS IS FUNNY
8
Haters
posted by MileySelena982
Never mind the haters. All they do is break you down. Build yourself up and ignore them. Don't they look so small from up here?

When they make a nasty comment, pretend they aren't there. They'll never get to you that way. When they kick and scream at other peoples hating comments about them, don't they look silly?

Hater will say many things, some the probably don't mean. But, if someone does hate, ask them, "Why? Why do you do it? Do you have nothing else to do with your life?" Just ignore them, they hate that. All the want is attention. And whatever you do, don't give it to them.

-JC
11
Can you read this? I can
posted by sassikassi
Can you read this? I cduol't blveiee taht I cluod aulaclty uesdnatnrd waht I was rdnieg. The phaonmneal pweor of the hmuan mnid aoccdrnig to a rscheeacrh at Cmarbgide Uirenvtsiy, it dseno't mtaetr in waht odrer the ltretes in a wrod are, the olny iproamtnt tnhig is taht the frsit and lsat lttteer be in the rhgit pclae. The rset can be a taotl nses and you can siltl raed it whtouit a pboerlm. Tihs is bcuseac the huamn mnid does not raed ervey lteetr by istlef, but the wrod as a wolhe. Azinamg, huh? Yaeh, and I tghuhot slpelnig was ipmroantt! I you can raed tihs, rpsoet it. Strange...isn't it?=) ONLY REPOST IF U CAN READ THIS.
5
Leaving {CHAPTER 3}
posted by Yama
I went into my room after being lost in thought. It was only then I felt the sea sickness. Well I was out on the deck for a little too long. Okay now I certainly knew that was a really bad idea. I went for a shower to see if the heat would shrug off the sickness. I got out of the shower feeling fresh, but also funny. I heard Emily in my room. I shouted," Emily I'll be right there!"
I heard her calling back,"Okay!". I got into my new dress for I knew dinner was soon. I may as well put it on now rather than having to do it later, i thought. I seen Emily she was dressed for dinner too. She was...
continue reading... 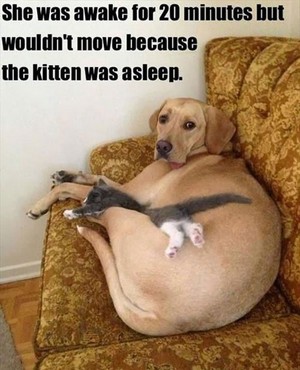 4
Dog and Cat
added by tanyya 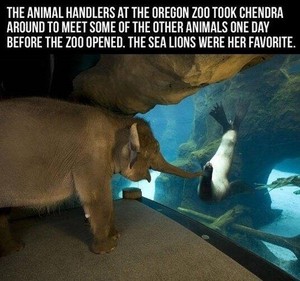 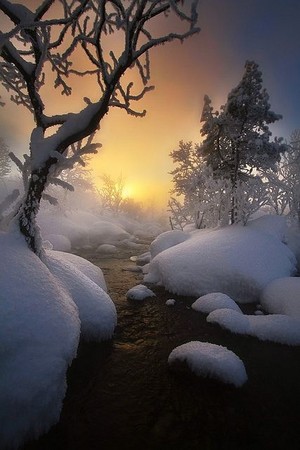 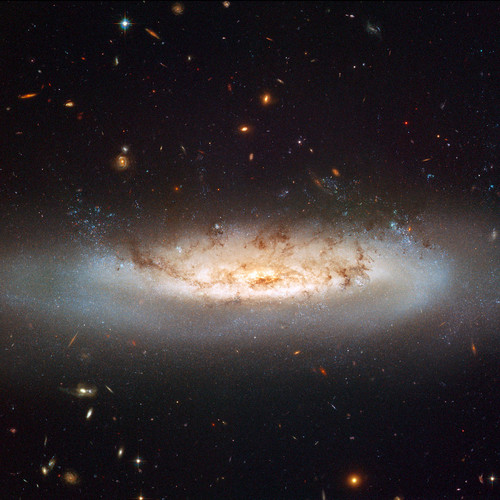 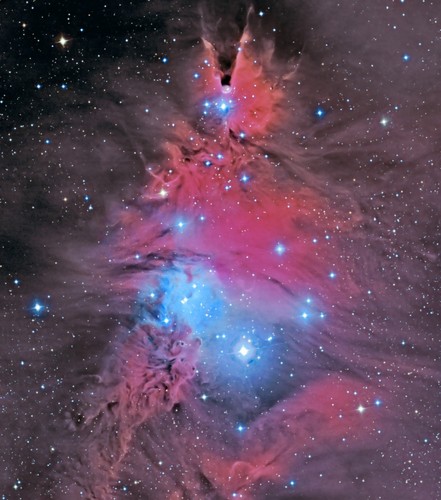 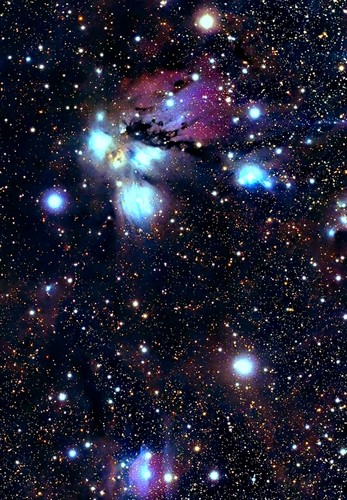 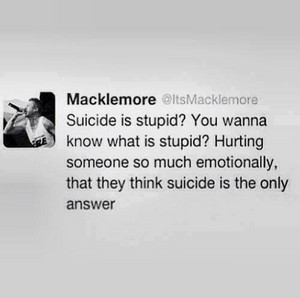 2
Macklemore tweet
added by australia-101
1
Links and Yemen
posted by mikla23
last night, Myanmar and Yemen sneeked into Laos Room, and then got on his laptop, Yemen tolled all about it, "it was all Myanmar's Fault" says Yemen, "you was the one that wanted to go in their" says Myanmar when she stands on the table, Jordan and Country Georgia went to the mall, "what should we get?" says Georgia (Country) "nothing but just juice," says Jordan, back at the tower, Yemen got on this link: link "La la lo" says Oman running down the hall, "COME BACK HERE DUDE!!!" shouts Malta when she runs down the hall to follow him, "NEVER!" shouts Oman as He runs down the hall, at 10:00 P.M....
continue reading...
More Cards
1234567891011