Where Eagles Dare Part 9
posted by Seanthehedgehog
As John left the Alpine Bar, another song was heard: https://www.youtube.com/watch?v=uNkkhyYeX3s

John: *Turns right, and walks down the street*

As he walked away from the bar, the song began to fade away.

Stormtroopers: *Passing by in an IFT-D*
Officer 94: How's it going?
John: Fine, thank you. *Salutes two Stormtroopers*
Stormtroopers: *Return their salutes*
Astro Droid: *Beeping as it exits a house, moving towards the two stormtroopers*
John: *Sees the wood shed, and opens the door, walking inside*

Mary was waiting for him. As soon as she saw John, she began to hug him, and the two kiss.

John: Take your clothes off.
Mary: But I-
John: Don't argue. Take your clothes off.
Mary: *Takes off her coat*
John: Relax, I didn't mean it. I need you to help me get into the castle.
Mary: How? Naked?
John: Seems like a good idea, but a bit too obvious. The Imperials are short on secretaries, and Schloss Adler is no exception. You're cousin is Heidi. She works at the Alpine Bar, and it's because of her you got the job. You used to live in Toydaria, and were one of the very few humans on that planet. You were a T.V star, but were forced to give up your job, when the Hutts killed your director, and the CEO of the company producing your show.
Mary: Where are my identity papers?
John: Here. *Pulls them out of his pocket*
Mary: What's all this about?
John: I got to get in there before the Imperials find out that they don't have General Carnaby. The man they got knows no more about the second front than I do about other planets from different galaxies.
Mary: I thought General Carnaby's ship crash landed on this planet early yesterday morning.
John: That's what they want us to think. The ship landed perfectly on the planet, but it was riddled with holes from blasters. Republic blasters, but what the hell? A blaster is a blaster to some.
Mary: Are you trying to say that they're risking the life of another man for a phony rescue mission?
John: Oh not at all. The man inside that castle is a Rebel. Corporal Cartwright Jones. He wants to retire one day, and get a new career in acting.
Mary: You talked this poor man into doing this stunt?
John: I didn't have to, he volunteered. Like all good actors. This may even start a successful career for him.
Mary: Yes, a one night stand.

Someone was knocking at the door.

John: Wait here. *Pulls out his silenced blaster as he walks to the door. He slowly opens it*
Heidi: *Walks in, and sees John pointing his blaster at her*
John: Oh good, you made it. *Puts his blaster away* Heidi this is your cousin Maria. Mary, this is Heidi. One of the best Republic agents ever. She's been working for us in Chevrelium since the Galactic Civil War began, and... *Stares at Heidi* What a disguise. *Walks away*

2 B Continued
Where Eagles Dare Part 4
posted by Seanthehedgehog
John walked outside. He took a look at the dark sky above him. It began to snow again, but the flakes were slower than the previous ones.

John: *Hears the blaster, and slowly lights a lantern with a match. After lighting the lantern, he blows out the match*
Mary: Halt.
John: *Stops moving*
Mary: *Holding the DL44, pointing it at John* Turn around.
John: *Turns around, and looks at Mary*
Mary: *Puts her...
continue reading...
Where Eagles Dare Part 3
posted by Seanthehedgehog
In the previous part of this story, the search for Harrod began. It didn't last that long though.

John: *Searching with Morris*
Jott: *With Barkley, he points at something in the snow*

They arrived. Thomas, and Christianson made it too. Then, they saw Harrod, laying in the snow on his back.

2
Star Wars: Dark Forces - PC screenshot
added by cynti19
Source: MAT@mobygames
Pathbourne
posted by lovingflame
Zori sighed as her long day ended.
For starters, because of her unintended nap. She was being docked a day's pay on her next check, to pay for the embarrassing scene.
Add that to her boyfriend's surprise of dumping her. Hadn't even given her the curtisy of allowing her to stay the night. Just had her bags packed and waiting at the door.
The hmpf....hmpf of her replacement, as she had to tell the prick she'd have to come by in the morning for the rest.
Taking up her overnight bag. Zori cursed the stranger for her string of bad luck. Never knowing that her night had only just begun.
------------------------------------------------------------...
continue reading... 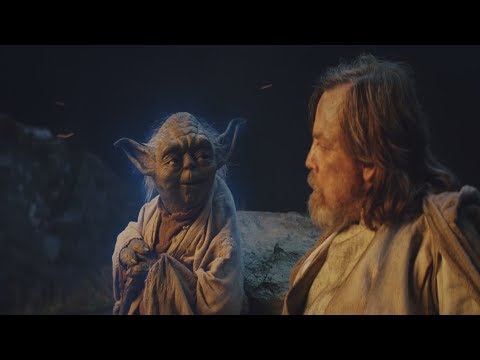 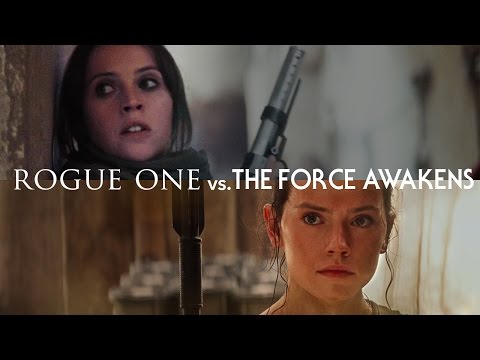 Rogue One vs. The Force Awakens - The Fault in our Star Wars
added by makintosh
video
star wars
tfa
rogue one
analysis 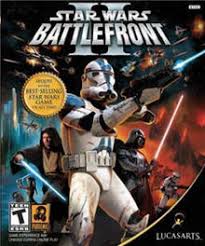 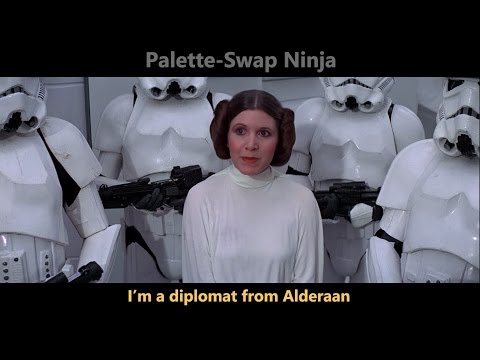 General Veers: What happened?
Orrian: I disobeyed your orders, and put Ozzel in charge instead of Colonel Jörgenstien like you requested.
Colonel Jörgenstien: Thanks to him, we can't get any tanks, because everyone in Cenell believed that was where the main attack was. It was only a decoy. Someone was dressed up as Han Solo standing by several dummy tanks.
General Veers: So we lost Champalla to the Rebels. Did you at least contact Darth Vader?
Colonel Jörgenstien: I tried to, but he was too busy sleeping.
Captain Needa:...
continue reading... 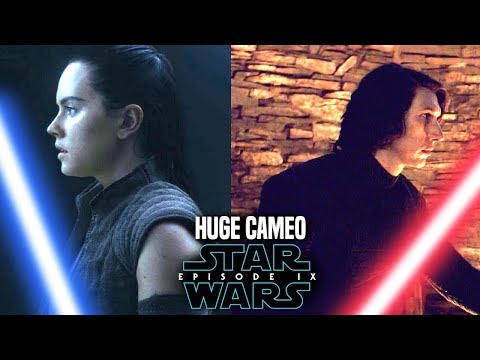 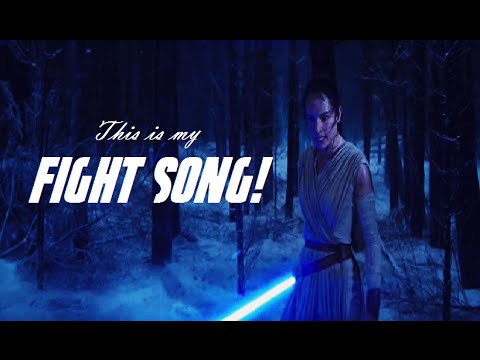 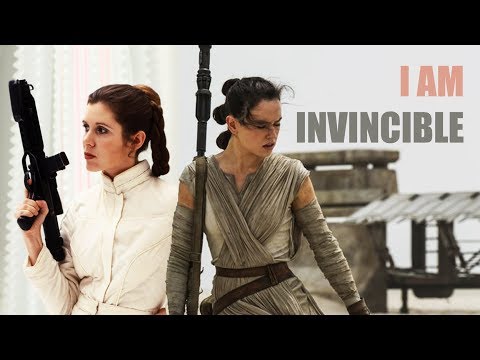 1
Leia and Rey || I am Invincible
added by greyswan618
fanvid by Agent of OakenSHIELD
video
star wars
fanvid
leia
rey
The Longest Day Part 17
posted by Seanthehedgehog
Wedge Olkan and his squad were still at Twilek Bridge, when Imperials started heading towards them.

Yarrin: They have rocket launchers!
Wedge: Stop them first! Otherwise they'll destroy this bridge!
Republic Soldiers: *Shooting the Imperials*
Stormtroopers: *Shooting the Republic* Look, reinforcements are coming to help them!
Republic Soldier: *Playing the bagpipes*
Franklin: *Running with the others* Come on, we're almost there!
Shock Trooper: *Aiming his rocket launcher at Franklin's group* Take them out first, then finish off the others. *Fires a rocket*
Republic Soldiers: *Get hit, and fall into...
continue reading...
The Longest Day Part 15
posted by Seanthehedgehog
Saber Beach. 6:50 AM

Franklin: Alright, onward!
Young Republic Soldier: This is it everyone! Let's get back at them for killing the Jedi!
Danielle: Did you hear that Phoebe? He mentioned the Jedi. I bet he wasn't even alive at the time!

The ramp on the boats went down, and everyone started heading for the beach. Well, almost everyone.

Danielle: Come on ya bums!! *Holds onto part of the boat while waving around her NB-49* Come on out you Imperials, Flannigan's back! *Jumps into the water*

She did this on purpose, and even though no one was attacking her, she said..

Danielle: Ah, the evil of it all!...
continue reading...
The Longest Day Part 14
posted by Seanthehedgehog
Two Tie Fighters were flying towards Champalla. Warek Goode, and Taylor Kamen were about to attack the Republic, and Polis Massa.

Warek: Listen up, do exactly what I do, when I do it. Alright, here we go. *Decreasing his altitude to attack the Republic, and Polis Massa*

Warek, and Taylor killed over twenty soldiers from Polis Massa on Iffen Beach, and thirty Republic Soldiers on Eye Beach.

Warek: That's good. We've had our moment. Let's head back.

When they were heading back, they noticed four X-Wings at Omega Beach.

Warek: They're trying to weaken our defenses....
continue reading... 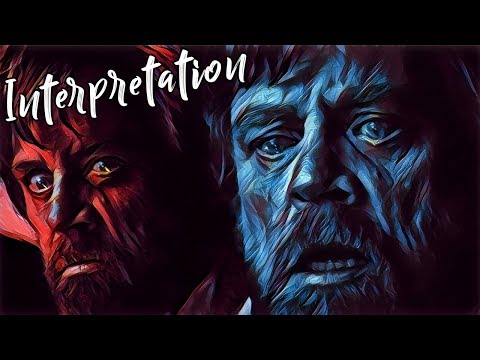 1
Han Solo and Leia Organa
added by cynti19
Source: lord-raidens @ Tumblr (aka me)