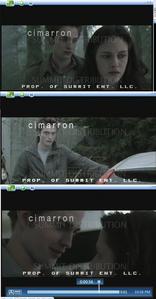 A scene fades in, deep in the forest. Bella's standing with her back to Edward, with Edward a few feet behind her.

Bella : How old are you?
Edward (voice almost a whisper): 17

The camera pans around and focuses in on her face, which is full of shock and a bit of fear, her eyes cut to him as if she wants to turn and face him but doesn't quite have the courage.

Cuts to a clip of Edward crouched, as if hunting. A quick sequence of a deer running, trees and leaves flying past follows and ends as a figure rushes from the left and pounces the deer. Cut back to Edward, still behind Bella but a little closer than before.

The words "When you can live forever" come onto the screen.

A figure seems to fly through the air among the tree tops before the scene cuts to Jasper, talking to Edward over the hood of a car.

Jasper: This is wrong, Edward. She's not one of us.

Cut to Edward, looking intense as his fingers grip the car top. Then a brief scene comes up, firelight-type glow with Edward leaning in towards Bella, her mouth slightly opened. Fade back to black. (I'd put in the screencap for this, but it really isn't good enough quality to see what's going on...)

The words "what do you live for" come onto the screen.

Bella's putting something in her backpack, which is laid on the hood of her truck. She glances over, and we see Edward watching her from across the parking lot, next to his Volvo.

Horns honk, and the van races in out of control. We hear screeching brakes and the camera cuts to Bella in time for us to see Edward swoop in and pull her down to the ground. The van slams towards them, and Edward's hand leaves a huge impression in the metal where he stops it. Bella looks up at him confused and shocked, and a look of sheer panic floods over Edward's face.

The words "From the world wide bestsellers" come onto the screen.

Cut to a scene in (I'm assuming) Bella's room. Bella faces Edward, her back to the windows overlooking a forest.

Bella: I'm not scared of you.

Edward: You really shouldn't have said that. 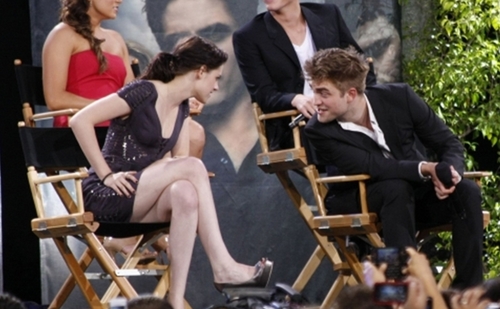 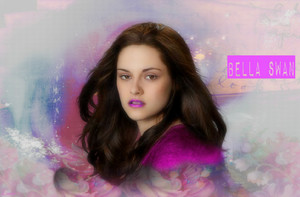 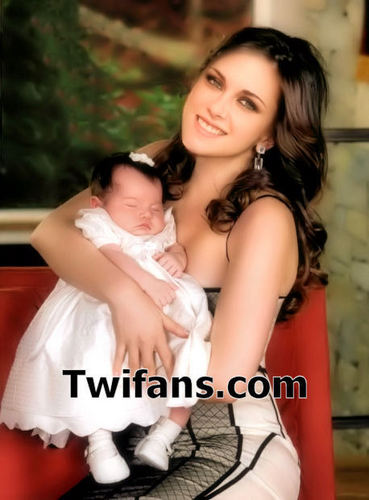 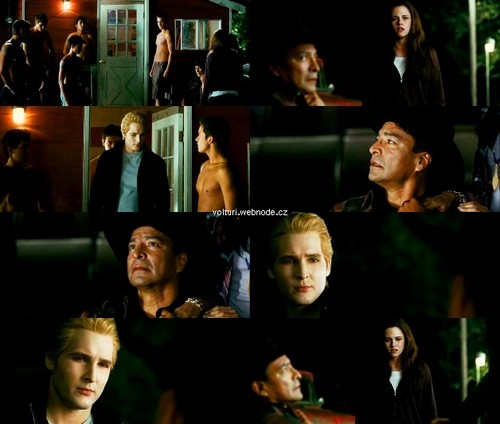 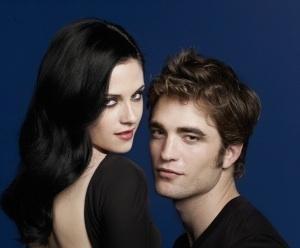 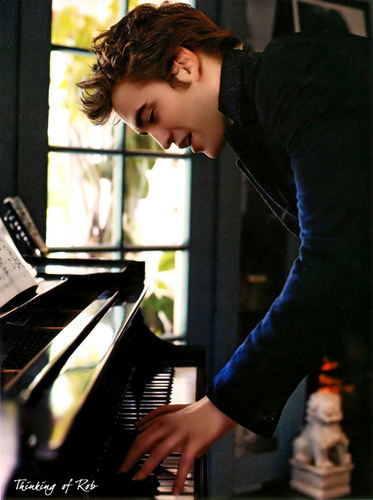 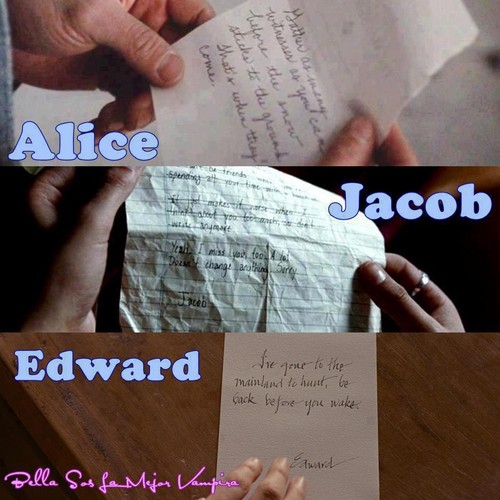 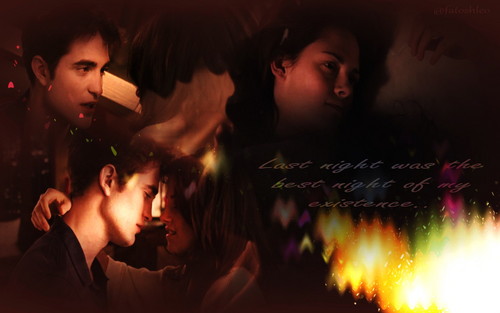 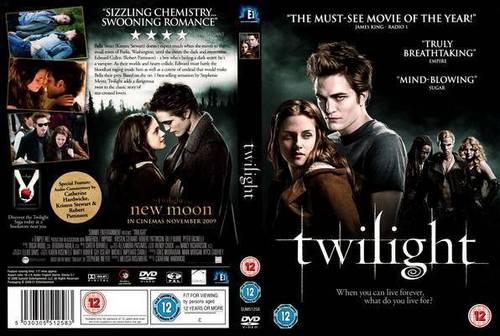 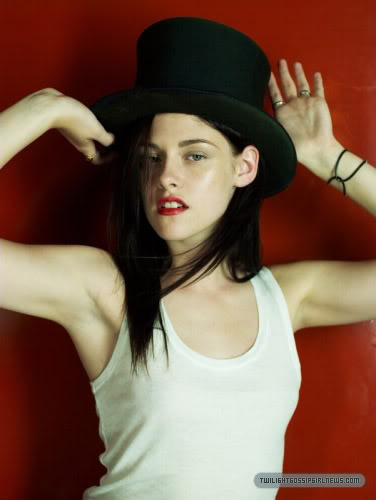 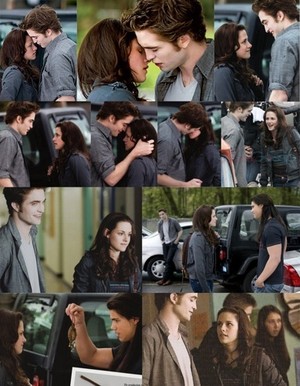 11
Bella, Edward and Jake in New Moon
added by Ninaa_ 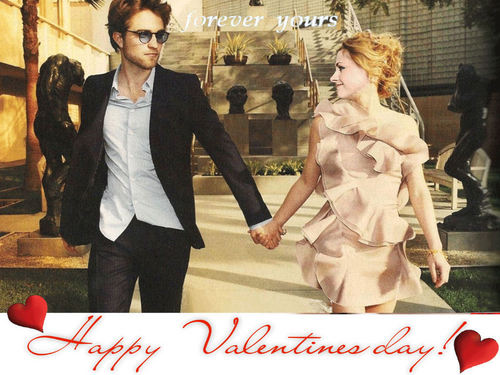 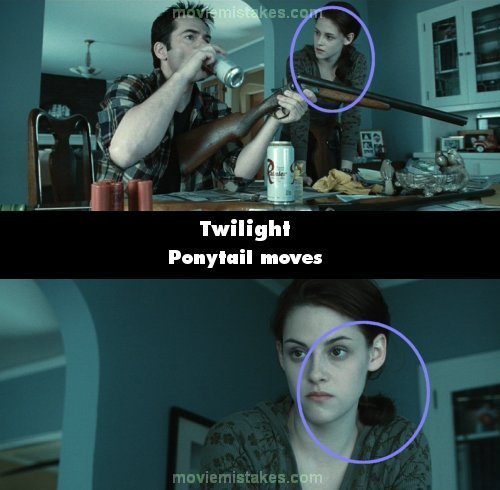 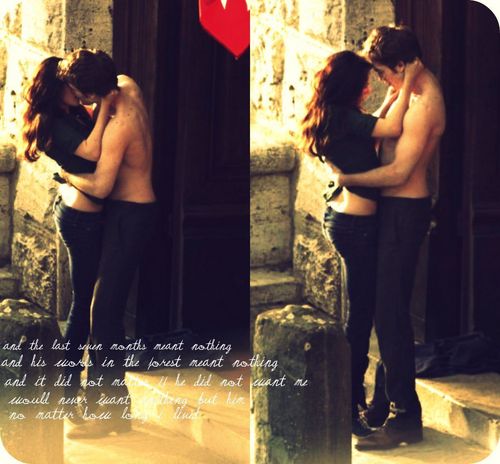 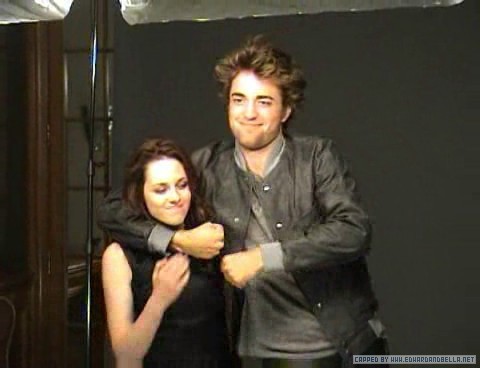 6
Empire Photoshoot (behind the scenes)
added by Moneik
Source: everglow 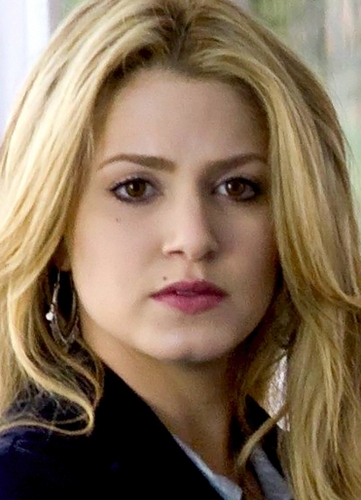 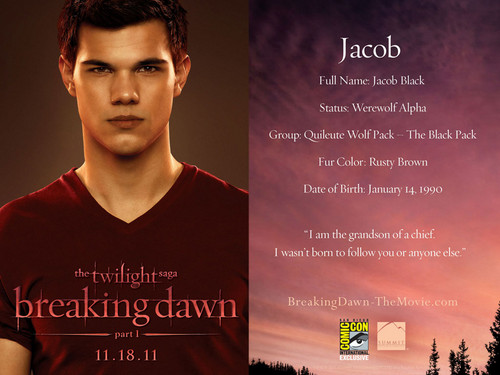