5
Jacobs imprint
posted by tayandkris4evr
That night I went to go see Bella's daughter. The thought that it was Edward's child too.. froze my blood in mid flow. I didn't want to have so much against Edward if he made Bella happy. I saw what Bella went through when Edward left her.. I never want to see her like that again. Even though I cannot be with her. I'm glad that shes happy.
I ring the doorbell. I stand there, very nervous because for one I'm standing at the foot of a very power vampire house.. I'm a werewolf. I'm not sure how this is going to work out since I've killed so many of their kind. But, I hope all goes well. For Bella's sake.
Alice answers the door.
"Hey." I say flatly. I just kind of stare at her. Her eyes are different from the eyes of other vampires I've killed. Like a liquid honey color.. Not bloody red.
"Hey, Jacob. Come in." She opened the door wider for me to step in.
"Hey everybody! How are you all doing?"
"Good.. Good" They all replied in unison.. some said `great` though I wasn't sure which one.
"Where's Bella and Edward?"
"Oh, they're coming" replied Esme quickly. Its like she knew what I was going to say.
As soon as she said that, Bella walked into the room with the baby in her arms. It was covered in a pinkish blanket. I suspected it was a girl. Edward slowly followed her into the front room where everyone was standing.
I gazed at Bella. She was pale white and the flush of red that had always kept the pale ivory of her skin company had vanished. Her eyes no longer a chocolate brown.. they were now replaced with the same golden, liquid honey color as Alice's.
I walk slowly over to Bella and Edward. Bella's nose twitched a bit.
"Whooa..Jake um.. you kind of stink.."
"Gee, Thanks Bella." I laughed, hoping that the comment would come off as sarcasim. Having all of these vampires jump on me for insulting Bella.. whew that wouldn't go down well.
"Werewolf stench, get used to it, Bella." Alice said. She kind of laughed as she said the words. I smile at the remark she'd made. It didn't bother me much. They all stunk too. Vampire stench..
I peek behind the pink blanket and see the most perfect unflawed creature I'd ever seen. I suddenly felt my hands reaching for the bundle of warmth wrapped in the blanket. Bella could sense I wanted to hold the baby and she willingly placed the baby in my arms. I had this very stange protective feeling over this baby girl. Her eyes different from the others.. They were more of a soft green gold. She was so perfect, it was almost a pain I felt radiate from her. Her palm reached up and I let her grasp my index finger. Immediatly images appeared in my mind of myself. Was she showing me her past? Then I heard her voice. Crystal clear as if it came straight from the heavens. `Hello, Jacob Black.`
I almost fell backwards to the floor. It was.. amazing.. I couldn't believe what was happening to me. She smiled, and my heart melted until it was a pool of happiness. I think I've found that perfect person. I have 3 words to what I thought in my past was prefection. `Thank you, Bella` I said in my head. I closed my eyes and replayed the images of the baby's smile. Over and Over in my head.
groovychicklisa, Saritaswims and 3 others like this
teamjacob96 Very good!Keep writing!
tayandkris4evr Thanks. :)
twilight_james aweseom!! aww!! love it!

Vampires have existed in a variety of cultures almost since the dawn of time. Until the 19th century, they were believed to be monsters, rather than the stereotype of a more aristocratic being who could infiltrate the world around us, as popularised by Bram Stoker. Legend has developed since, with pop culture shows such as "Buffy the Vampire Slayer", which tackles concepts such as a vampire with a soul and possible redemption for a creature previously believed to have had no redeeming qualities whatsoever. Bella lists her observations when she is researching on the internet: "Speed, strength,...
continue reading...

Kachiri,Zafrina and Sienna
added by 2625ol

8
Jizzed
added by Spotty_Vision21
Source: Not sure, lemme know if you find out 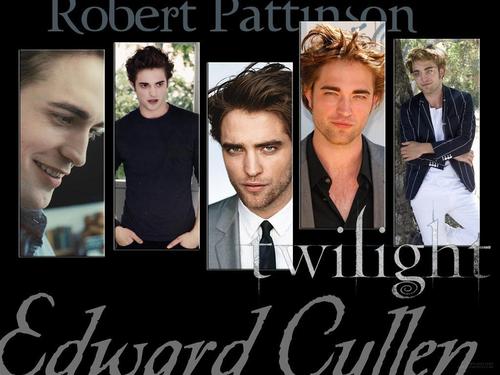