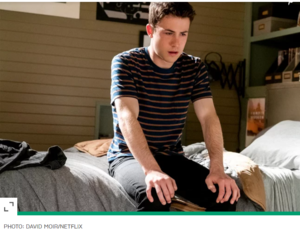 
Warning: This article contains spoilers from the final season of 13 Reasons Why.

"Choose to live." That's the message Clay delivers to the members of his senior class at their high school graduation in 13 Reasons Why, and it's also, in many ways, the message of the show. No matter what high school throws at you, no matter how dark it gets, choose to live. Although not everyone gets the choice.

In the series' final episode, Clay (Dylan Minnette) is forced to say goodbye to his brother when Justin (Brandon Flynn) dies. It's the last heartbreak Clay endures before getting out of town, with Tony (Christian Navarro) by his side, in the final shot of the series.

EW spoke with Minnette about ending the series, Justin's death, and that creepy mirror scene.

ENTERTAINMENT WEEKLY: After playing Clay for four years, was it difficult to say goodbye and shed that character?

DYLAN MINNETTE: It was. Going into season 4, I always talked to [showrunner] Brian Yorkey about how I wanted to see Clay in therapy with Dr. Ellman. Even back in episode 2 of the show his name was mentioned for seeing Clay in the past. I said, "I want to see him in therapy in season 4, and I want to take a deep dive into how deep the mental struggles that Clay deals with, how deep they go." So naturally, knowing that Brian loves to push me, I knew that it would most likely end up being an extremely difficult season, and it turns out it was. Especially because every other season takes place over the course of like two weeks and it's every day of the week, but this season takes place over the course of about six months and there's only 10 episodes, so every episode just focuses on one major event and there's not really much filler. For that reason, there ends up being a major event for Clay in every episode. I'd open every script and be like, "Okay we're doing this. I hope I can pull it off." [Laughs] Season 4 was the most difficult season to shoot for that reason.

One of the biggest reasons I think season 4 felt so different is because Clay wasn't acting as the glue holding everyone together for once.

Yeah, because Clay's sort of the wild card this season. Everyone's worried about what he's going to do. And everything that he feels extreme guilt over throughout the course of the entire series is catching up to him and hitting him harder than it ever has. That's true.

The internet is already having a field day with that creepy mirror moment.

[Laughs] I know. There's always something that catches on over the first weekend of the show being out. A lot of people think it's FaceApp or edited, and it's actually not. Even my girlfriend was like, "That's not edited? You've never made that face." I don't know what happened or how, I did like one take of it and it ended up being so creepy.

When you all announced the premiere date for season 4, there was that super-emotional table read video. Did you find out how the show was ending at the table read, or did you know beforehand?

We knew someone was going to die in this season, we just didn't know who. They really kept it under wraps until we were about to get the last two scripts. There was a lot of speculation going around, but I didn't read how any of it unfolded until the table read, and I'd never done that before. I feel like everyone did that. It really made for a very emotional experience, reading it all together. Brandon and I were losing it quite a bit next to each other. I remember sort of hoping that the feeling that it made us feel in the table read would translate on screen, because it felt really honest and raw. We were kind of just reacting to it.

What was the last scene you shot?

It was brilliantly scheduled because the last three days of shooting were all the hospital scenes, and we finished with Justin's death. And it just sort of all came to us when it was happening. I remember in that final scene with Brandon and I in the hospital, Brian, who was directing, came in. We'd already done a couple takes and then he came in and said, "Okay, so this is the last scene you will ever shoot together, and rolling…" And then we just did the take and I think they used the entirety of that whole take. It was very, very emotional.

I think I had the same reaction much of the internet had, which was "NOT JUSTIN!"

[Laughs] I know. I remember all season Brandon and I were specifically hoping that it would be Justin, and we were pushing for it and we would plead to Brian making the case of why we feel like it should be him, because he and I both felt that it would have the biggest emotional impact on the series given Justin's entire arc. Of course it's devastating and tragic and we know that people would love to see him survive, but I think that's what makes it all the more powerful. Obviously it's the most depressing move the show could make, but I feel like it's also in line with the show to make that choice in the last episode, to make the most devastating choice. It feels really poetic because the biggest arc of a relationship that Clay has had in the show is with Justin. The first conversation you see Clay have with anyone in the very first episode is with Justin, and it's actually Clay's first lines of the show. They're clearly enemies in season 1, and then it goes all the way to them loving each other more than anyone and becoming brothers and holding his hand on his deathbed. It's also the last conversation between Clay and any of the students — it's in Clay's head, but the college essay scene. It feels like the perfect bookend because the finale sort of feels like the story of Justin and the first episode did because he was the first tape. I feel like it was a strong choice to make and as devastating as it is, I am so happy that Brian ended up making the decision to do it because it just felt right. If we were going to do it to anyone, I feel like we needed to go there and put the bookend on it.

That college essay scene destroyed me.

The college essay scene gets me the most when I watch it, without fail, and I think the reason is because all Clay ever wanted to be, throughout the entire course of the series, was somebody's positive influence, in particularly Hannah's. He's had to deal with the guilt and grief of never being able to be that for her, and it's all he ever wanted. He always has wanted to be a hero and always wanted to save someone and to be the positive influence in their life, and he has failed spectacularly many times. He's also succeeded sometimes, but never in the way he wants, and it's sort of been the downfall of him. But in the end, hearing from Justin, the person he loves most, that he was his brother and his positive influence, I think that's why watching it I'm so happy with the decision and it gets me every time. I'm really proud of the ending for that reason because I feel like there's a lot of perfect full-circle moments.

I also want to get your thoughts on the final shot of the series. I liked the choice to have the scene be completely wordless. I felt like I was watching Tony and Clay just exhale.

Yep, that was exactly the point. And I remember reading the script at the table read and being like, "Oh, this is the perfect ending." Because in the first episode there's the same exact mirrored shot of Clay and Tony in the Mustang driving through town wordless. I remember reading that and being like, "I hope Brian intends for that to be the same shot as that one in the first episode," and of course it was. I love that there was no big driving-away shot or music crescendo. It was just this wordless moment of them, yeah, exhaling and leaving town. And you see it on their faces. I love the way it ended. Also, for me specifically, I get really excited about certain needle drops in the show or music moments. Back in season 1, Brian and I had sent an email to Arcade Fire to get "Keep the Car Running" for episode 2, and we couldn't get it. They didn't do many shows at the time. But the last song that plays before the credits, right before the moment of silence in the car, is an Arcade Fire song, "Half Light II." It's one of my favorite songs of all time, so I'm so happy with how the last five minutes of that entire finale played out.
lauraxoxo likes this 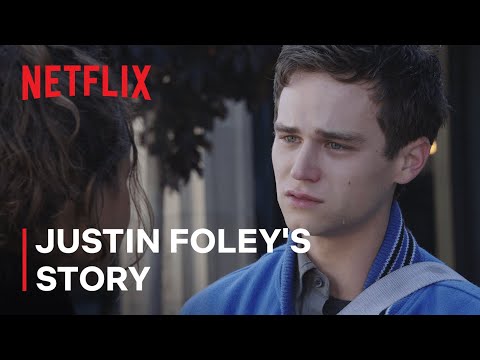 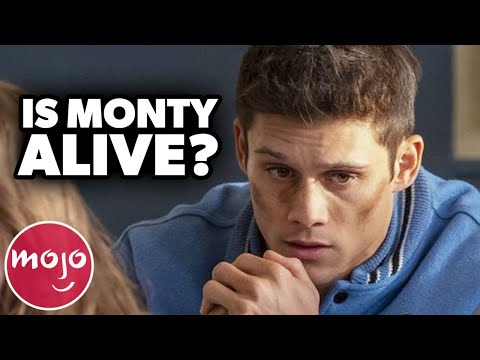 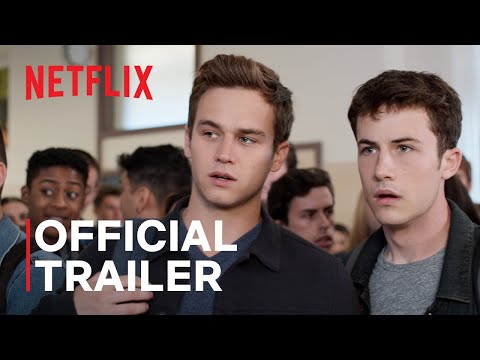 2
13 Reasons Why: Final Season | Official Trailer | Netflix
added by Bibi69
The final season of 13 Reasons Why drops June 5th on Netflix. As Liberty High School’s class prepares for graduation, they are forced to make life-changing and heartbreaking choices about how their past will impact their future.
video
13 reasons why
final season
season 4
trailer
netflix
1
13 Reasons Why boss on ending the series and what to expect from season 4
posted by laurik2007 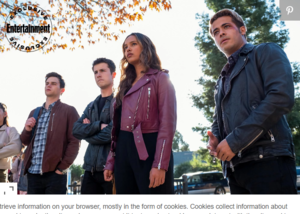 
As 13 Reasons Why prepares to launch its fourth and final season, there are still a lot of questions surrounding our favorite Liberty High School students. Let's not forget that they ended season 3 by working together to frame Monty for Bryce's death, for which Alex is technically responsible. And when Monty was killed in prison, Winston revealed that he knew Monty hadn't done it because he was his alibi.

Long story short, their lives are going to be complicated heading into season 4, and EW has some exclusive first look images, as well as an exclusive chat with showrunner...
continue reading... 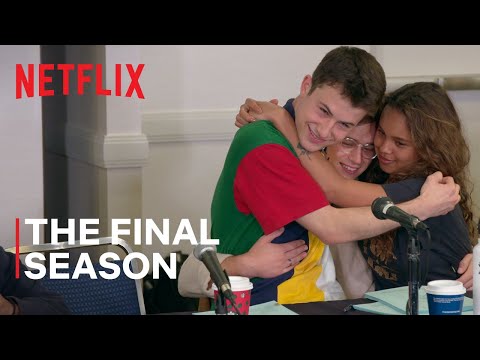 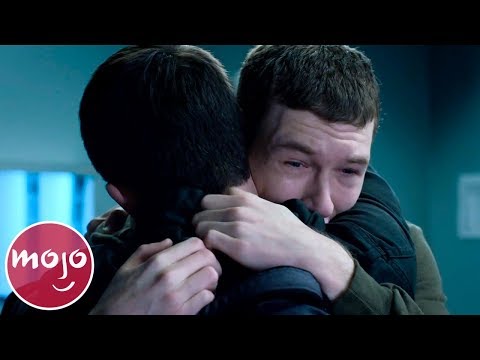 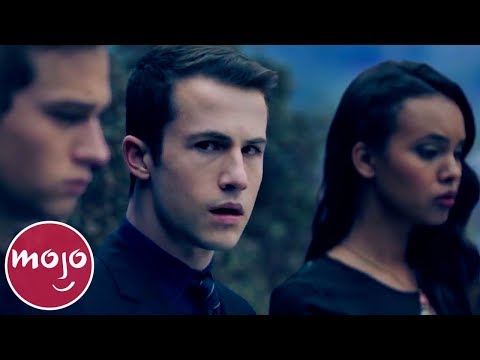 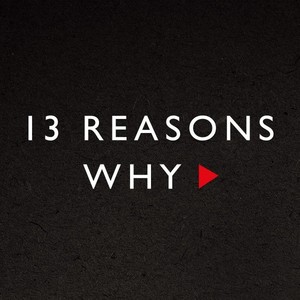 13 Reasons Why S3
added by Stelenavamp 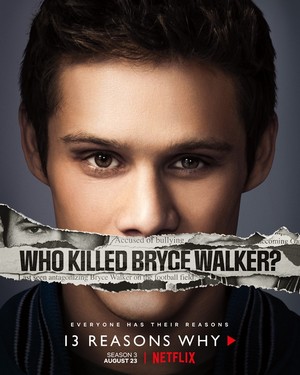 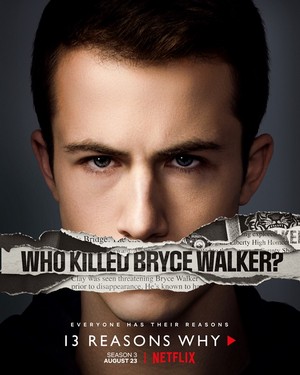 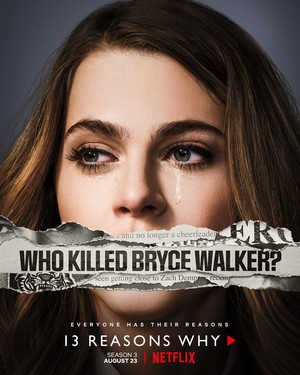 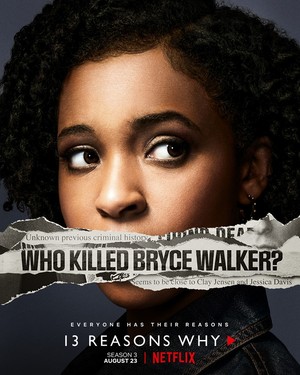 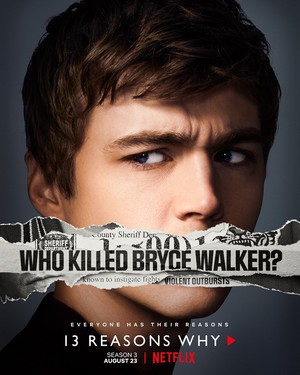 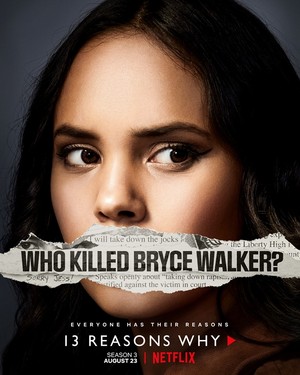 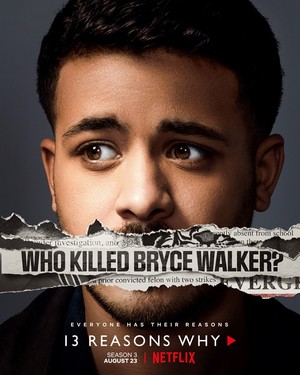 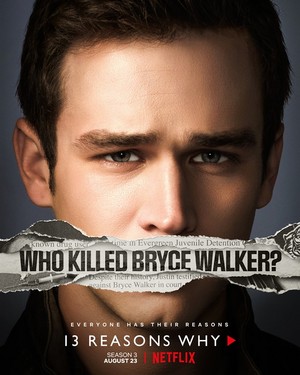 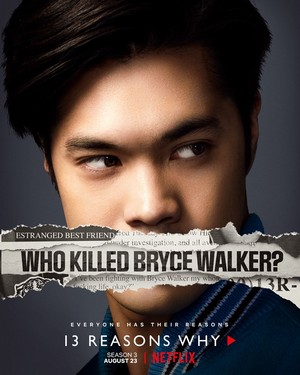