Jay Park interviewed about 2PM, his family, and his ideal girl
posted by miaelf9313

Jay Park recently made an appearance on the November 10th episode of "Talk Show Taxi" on tvN. He talked all about his family, career, and his ideal girl. The interview touched on some topics and issues that were quite personal such as the reason he left 2PM and his feelings were when leaving Korea.

Jay was asked if he still kept in touch with 2PM but answered no. He did say that he really missed them quite a lot since he was really close to Taecyeon and Nichkhun. They were close because they were able to communicate with their English as well instead of only Korean. The hosts really tried to...
continue reading...
2
2pm New leader already?!
posted by Bubblepop00 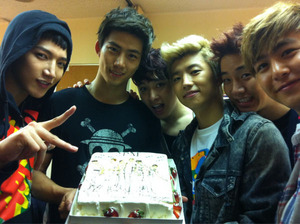 While dominating the music charts with #1 spot on Japanese music charts with ‘Take Off,’ 2PM also managed to dominate ticket booth sales as they quickly sold out all the seats for their Japanese concert tour. Well, the tour is over now and it has reportedly been a huge success. 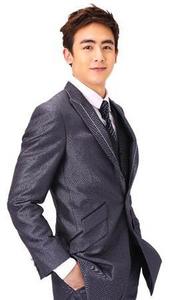 This movie is based on a manga of the same name. It is a romantic comedy centered around a popular host club at ‘Ouran High School’, where the female student Haruhi (Kawaguchi Haruna) has to disguise herself as a male host to repay a huge debt. Nichkhun will play the older brother of Michelle, an international student played by AKB48’s Shinoda Mariko (25).

Nichkhun will play the president of Singapore’s...
continue reading...
5
2PM is number one in Thailand
posted by luluworld
According to Thailand's International Federation of the Phonographic Industry (IFPI), 2PM is the top-selling foreign artist(s) for 2009.

2PM beat out popular artists such as Lady Gaga and Black Eyed Peas with the release of their Thailand Special Album back in June. Despite the turmoil with Jaebeom, 2PM's popularity in Thailand is still very strong. Speaking of turmoil, if you can recall, back in August TVXQ was also selected as the Most Popular Asian Artist 2009 on Thailand's Channel V Music Video Awards.

During happier times back in July, 2PM made a visit to Thailand and even visited with the Prime Minister.

I'm sure the presence of a Thai member in Nichkhun has helped 2PM's popularity in Thailand tremendously. Right now, the 6 members of 2PM are finding popularity in homeland Korea as well as they won the coveted artist of the year at Mnet's MAMA. Hopefully, their leader Jaebeom can join them in the near future.
Jay Park/Park Jae-bum to make a comeback
posted by Carolyn-
Jay Park/Park Jae-bum will be back!

He will be back. No, really. link, 23, will return on June 18 to start filming "Hype Nation," according to the film community.

This will be the first time in nine months that Park visits Korea since he left due to controversial comments allegedly about Korea last September.

A representative said that "[Park] was scheduled to arrive Friday but chose to return earlier to prepare more thoroughly for filming."

"Hype Nation" will start filming in Seoul on June 21.
1
Jaebum Will Not Return
posted by Carolyn-
Ahead of the conference with fans to be held this weekend, JYP releases a shocking announcement on member Park JaeBum on its official website on today that link.

Hello, this is JYP Entertainment.

Last September, 2PM’s member Park Jaebum announced his withdraw from the group and returned to Seattle after the shock of his words he wrote on the internet during his trainee time and we will reveal the course of action henceforth.

Though those words from the case that occurred last September did not looked good to everyone, because they were his words during his hard trainee days and written on his...
continue reading...
1
Jay Park/Park Jae-beom to hold fan meeting tour
posted by Carolyn-
Korean singer and the former leader of boy band 2PM link later this summer, according to a press release posted on his official website (www.jaypark.com/fanmeet.html).

The singer, who is currently in Korea shooting the b-boy film "Hype Nation," will meet with his fans in eight Asian cities, starting with the Seoul fan meet on August 28 which will continue onto Taipei, Shanghai, Hong Kong, Thailand, Philippines, Malaysia and Singapore.
You Might Also Like...