1
105 (An Ashton Irwin FanFic)
posted by _FlawsArePerf
"I can't believe its actually happening." I mumbled as I paced in front of the mirror. Danielle smiled and stepped up behind me, making me stay still.

"And I still can't believe your marrying your high school sweetheart." She said, clipping the veil into my hair.

"Neither can I." I whispered, centering the veil.

"Well, I have to go. The bridesmaids are about to walk down with the groomsmen." Danielle passed me my bouqet of white roses and stepped away to the groomsmen she was walking down with. Soon after my dad came back to me.

"You look breath-taking sweetheart. He's truly lucky to be marrying you." He said and kissed my forehead lightly.

"Thanks dad." I whispered, taking a deep breath as my daughter Sophia & Danielle and Luke's daughter Aubrey began walking, throwing white rose petals down.Once they were a bit farther down my dad began walking me down the carpet in the sand. My eyes quickly met Ashton's and I smiled, trying not to cry at the reality of me about to marry the man I've loved since high school.When we reached the end my dad kissed my hand and handed me over to Ashton.

As soon as we were set the priest began, "Dearly beloved, we are gathered together here in the sight of God to join together this Man and this Woman in holy Matrimony; which is an honourable estate, instituted of God in Paradise, and into which holy estate these two persons present come now to be joined.

Therefore if any man can shew any just cause, why they may not lawfully be joined together, let him now speak, or else hereafter for ever hold his peace." The priest paused and looked at Ashton.When he said nothing he continued.

"I require and charge you both, as ye will answer at the dreadful day of judgment when the secrets of all hearts shall be disclosed, that if either of you know any impediment, why ye may not be lawfully joined together in Matrimony, that ye confess it. For ye be well assured, that so many as be coupled together otherwise than God's Word doth allow are not joined together by God; neither is their Matrimony lawful. At which day of Marriage, if any man do allege and declare any impediment, why they may not be coupled together in Matrimony, by God's Law, or the Laws of the Realm; and will be bound, and sufficient sureties with him, to the parties; or else put in a Caution to prove his allegation; then the solemnization must be deferred, until such time as the truth be tried."

The priest again paused and continued,turning to Ashton. "Ashton,Do you take this Woman to be thy wedded wife, to live together after God's ordinance in the holy estate of Matrimony? Wilt the love her, comfort her, honour, and keep her, in sickness and in health; and forsaking all other, keep thee only unto her, so long as ye both shall live?"

Ashton answered, "I do."

This time the priest turned to me, "Chelsie, Do you take this man to be thy wedded husband, to live together after God's ordinance in the holy estate of Matrimony? Wilt the obey him, and serve him, love, honour, and keep him in sickness and in health; and, forsaking all other, keep thee only unto him, so long as ye both shall live?"

"I do." I answered, trying my hardest not to cry.

Ashton and I joined hands as we each said the proper vow. ""I, Ashton Irwin, take thee Chelsie Delfs to be my wedded wife, to have and to hold from this day forward, for better for worse, for richer for poorer, for fairer or fouler, in sickness and in health, to love and to cherish, till death us depart, according to God's holy ordinance; and thereunto I plight thee my troth."

" I Chelsie Delfs take thee Ashton Irwin to be my wedded husband, to have and to hold from this day forward, for better for worse, for richer or poorer, in sickness and in health, to be bonny and buxom at bed and at board, to love and to cherish, till death us depart, according to God's holy ordinance; and thereunto I plight thee my troth."

Now Ashton's brother Harry brought up the rings. Ashton placed mine on my finger and I placed his onto his finger. I took a closer look at the ring to see 105 engraved on it.

Ashton noticed, "It stands for the number of years I wanna be with you."

I smiled and the priest spoke, "You may now kiss the bride." Ashton met my lips with his lightly and my body close to his. All the family and friends that were there awed which made me giggle when we pulled away. Ashton and I walked back down the ailse with our hands joined. At the end of the carpet Ashton moved to the side and each un-married woman gathered behind me. I threw the bouqet back and turned around to see who caught it. Danielle had.I winked at her and shouted, "I expect to be a bridesmaid at your wedding then!"

Ashton and I grabbed Sophia and climbed into the back of the limo that was there to pick us up. On the back 'Just Married' was written.I shut the door once all three of us made it in. I smiled and leaned back against the seat. Ashton wrapped his arms around me and whispered in my ear, "I love you. I really hope that this will last."

"I love you too, Ash." I whispered back, laying my head against his shoulder.

"Mommy?" Sophia said, speaking up from the other side of Ashton.

"Are we going home?"

"Yeah." I answered. Ashton & I decided it would be better not to go on a honeymoon trip. We wnated to stay home with Sophia and just enjoy being a family.

Since we didn't live far from the beach venue we married at it only took approximatley 10 minutes for us to arrive at our house.I got out of the back of imo, carrying Sophia and holding my dress up with my other hand. I walked inside and set Sophia down on the couch before I went upstairs to our bedroom to change.I changed into a blue ruffled shirt and jeans. I walked back downstairs after taking my hair down.As soon as I came down Ashton went up and changed. I took a seat on the couch next to Sophia. "So how did you like being the flower girl with Aubrey?" I asked, kissing the top of her head.

"It was fun!" She said, excitedly.

I smiled, "I'm glad it was. But there's something else I wanted to ask you. How would you feel if you had a little brother or sister?" I asked.

"I want one. I want a baby." I smiled at Sophia's reaction.

"Well what if I said I was having a baby?"

"Are you? Are you gonna have a baby?" Sophia asked with a smile on her face.

"Yeah I am going to have a baby. But just don't tell daddy yet.Okay?"

"Okay." She said and continued to watch the cartoons she turned on. I stood up and walked to the kitchen, getting all the prepared food out. We were having the Wedding party here.I set everything out and made sure the tables were set up in our backyard. "Ashton?!" I shouted into the house.

"Yes?" He responded, coming around the corner.

"Can you go put the tablecloths on and can you blow up and tape the ballons to the end also?"

"Yeah sure." He said, pecking my lips before he headed out.

"Sophia come on. We gotta change you into your other dress." Sophia followed me up he stairs and into her bedroom. I grabbed her less formal dress and changed her into that.I walked back downstairs and seen my mom was here. I opened the front door, letting her, my father, and my sister in.

"Isabelle!" Sophia yelled, running to my sister. I smiled and hugged my mom and dad who congratulated me.

"If you guys want you can head out to the backyard. Ashtons already back there. Or I know the game is on right now if you want to sit in here and watch it for awhile." My mom walked out to the back but my dad turned on the game and began watching it. I followed my mom out to see hpw everything was going.

"Babe, I kinda lost a few balloons." Ashton said, reffering to all of them with the word few.

"Its fine. I guess we can go without ballons."

I leaned my head against Ashton's chest as we had our first dance as a married couple. Ashton was the one to choose the song. He chose 'Marry Me' by Jason Derulo."Ashton?" I whispered.

"Can I tell you something?"

"Well you remember how you wanted another kid?"

"I'm pregnant again." I said and looked up at him. He smiled widely.

"Good. I was kinda hoping thats what you were hinting at."

I giggled, "Well, what else would I be hinting at?"

"Trying for one tonight."

I playfully slapped his arm, "I would never. Thats your job to hint at that."

He chuckled, "Whatever you say love."

"G'night lovely." I said and kissed Sophia's forehead before turning out her lights and going to Ashton and I's bedroom. I climbed into bed next to him after turning off our lights.

I smiled, "Goodnight Ash." I whispered and closed my eyes, trying to sleep.
ZiaHope likes this
1
5SOS Preference: #1 How You Meet
posted by _FlawsArePerf
Luke: You had a sucky job at the carnival that was going on in town. You worked at a booth called 'Nail-A-Penguin'. You had to throw bean bags at plastic penguin figures that popped up, trying to knock them down. You stood up at the counter, advertising the game as people walked by, "Step up and Nail-A-Penguin! Knock down three penguins and win a stuffed penguin! Only 3 dollars for 5 bean bags!" You had finally caught a teenage boys interest in playing the game. He handed over the 3 dollars fee and you handed him the five bean bags. He missed twice and got a hit three times. You picked up the...
continue reading... 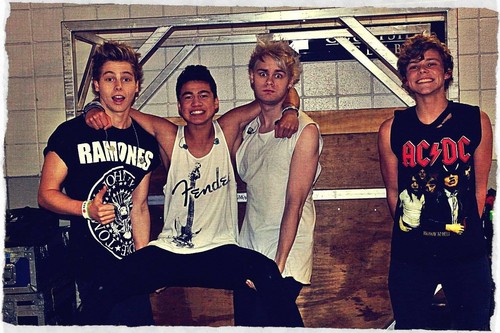 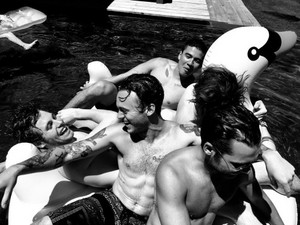 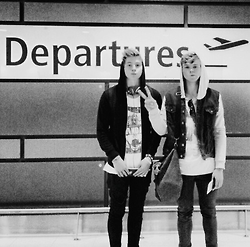 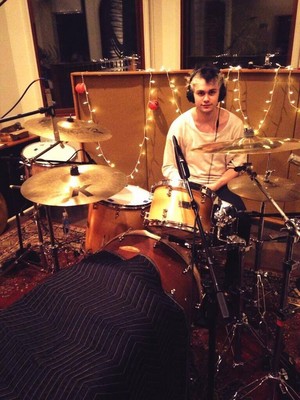 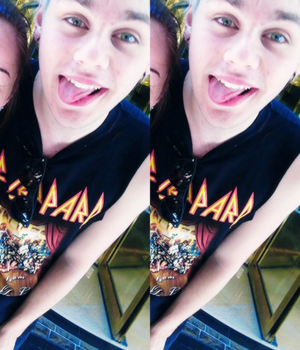 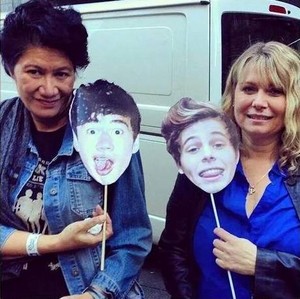 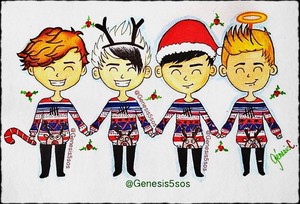 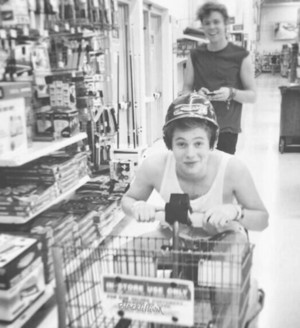 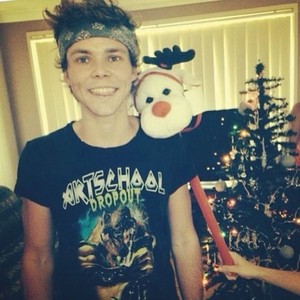 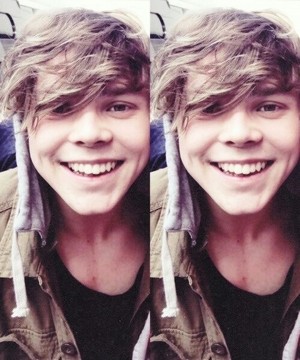 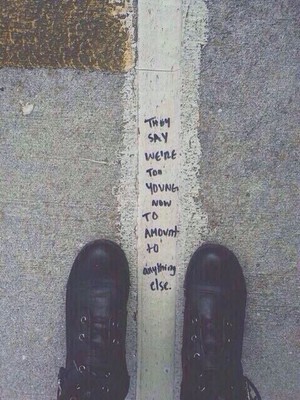 She looks so perfect
added by mariana149991 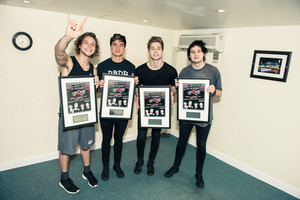 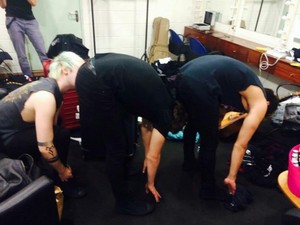