DONT STOP!
posted by FourOdells
So here we are ladies and gentlemen, Don’t Stop. The second single off 5 Seconds of Summer’s debut album of the same name. Now the title lets us all know exactly what this thing is gonna be about so there’s no use trying to hide it. They wrote a sex song, I see you’ve grown up 5SoS, good for you! Here’s a freaking cookie. The music video starts out with an underwear gag with them all in superhero outfits, joyful. I am filling with happiness….

The music kicks in to what at first seems like a normal pop punk song, and then it all goes downhill from there. Yeah, that happened fast, I know. The first line is “You’re like perfection/Some kind of Holiday” which has got to be one of the dumbest opening lines for a song ever. There’s an art to writing lyrical hooks in a song people, and you clearly have lost the paint brush, and the paint, and you’ve broken the canvas. But I digress, the blandness goes on until the pre chorus where things start to get a bit interesting, you won’t believe it people. These guy’s ripped off One Direction, now that is how you get to the lowest point you can possibly get to. The line states that “Everybody wants to take you home tonight/But I’m gonna find a way to make you mine” Now while not directly ripping any lyrics from One Direction’s boy band bash, this line reeks of recycled garbage made specifically to get every girl that hears it to fall in love with the pretty boys in the band. Except the drummer, drummers never win.

Wow all this and we’re only at the first chorus, this is gonna be fun. The opening bit says “Don’t stop doin what you’re doin/Every time you move to the beat it gets harder for me”. Oh Ha-ha that is so clever and funny, well done you amateurs. The chorus’ instrumentalism sounds suspiciously like ‘Wendy Clear’ by Blink-182, just without the solid drum beat and spaced guitar work. The Chorus then states “Don’t stop doin what your doin/Cause when you walk in the room/you Got all eyes on you/and you know it know it know it.” Well I didn’t think they’d have the guts to actually rip off One Direction again, I mean how stupid do you have to be to rip off an awful boy band? Oh wait, they’re a boy band too, so they all write the same music anyways.

The rest of the song is practically the same, with only two lines in what I’m sure they find to be a bridge, being the only thing left but a repeating chorus. They are trying to make an innocent sex song here, and that just doesn’t work. They listed their primary influence as Blink-182, which would explain the sound of Blink during the chorus, but if they are pulling their sound from Blink, lyrical inspiration is clearly from boy bands because as I recall, when Blink 182 wrote a sex song it went something like this. “And when the day ends I'm sure she feels sorrow/The lonely guy I am, I like to watch her change/I've been here two days, I'll sure be here tomorrow/I'd eat her out if she were on my dinner plate”. But these are the people that have lyrically ripped off one of the worst acts in the past 4 years so I don’t put it past them to be into the same moron level of songwriting as others.

More on musical ability and this is where it shows how amateur they really are. The Bass line in this song is something a person would write for their first song on bass. It pretty much stays on one string the entire time, hardly moving frets. It simply follows the guitars. The two guitars are doing almost the exact same thing most of the song, meaning the inclusion of two is pretty much pointless. The drumming seems oddly out of time ever so slightly, as well as taking up less sonic space than Ringo Starr. Besides the occasional drum fill you really forget the drums are there, on top of being drop dead basic, the mixing is done so that you can barely here them. Hell, I didn’t even here the bass in here at all either, I had to look up the bass part to see if it even existed.

Who would’ve thought that anyone would rip off One Direction, it’s a new level of low. It is beyond my comprehension what they were thinking. The lyrics are designed in the classic boy band style of messing with a girl’s insecurities to get her to fall in love with the band members. And the corny level is beyond the normal levels. Ripping off another band musically in the chorus, but without any flare of their own during the rest of the song too, way to go people. This band formed in 2011, and you think that during their years of playing together they would have found out how to do more than a 13 year Old’s garage band musically. It’s quite sad really, when teenagers can play better than a so called group of professional musicians. And when Tom Delonge is a better singer than one of your own, please get lessons. 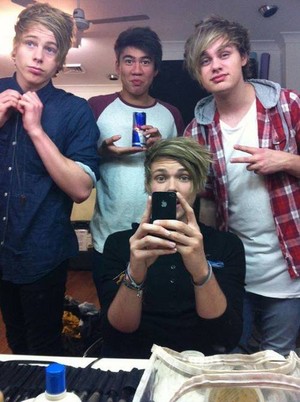 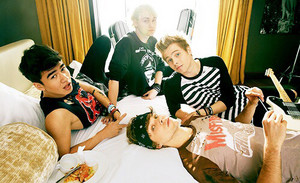 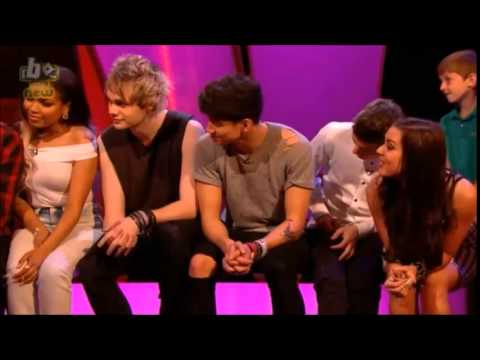 Mikey and Luke
added by Blacklillium 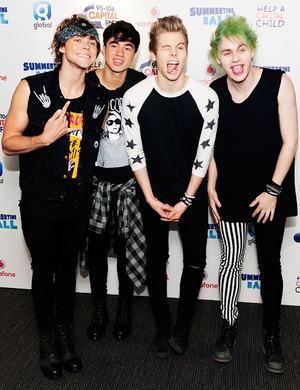 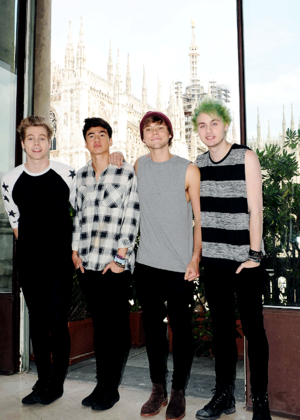 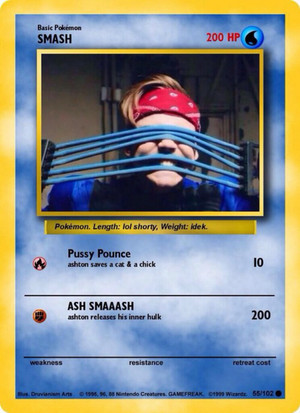 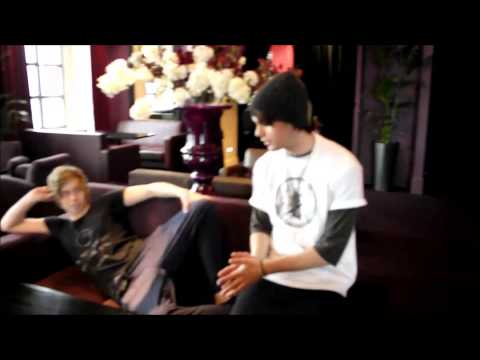 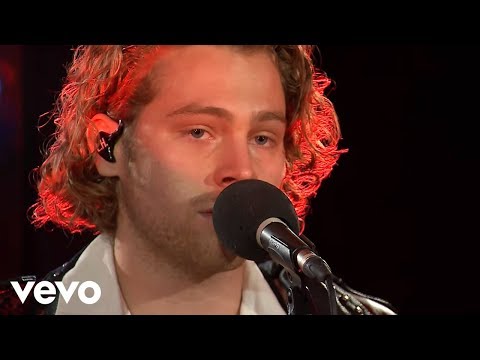 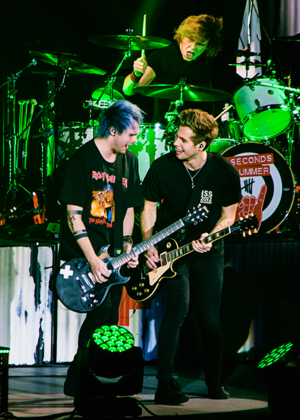 Rock out with your socks out
added by Blacklillium
Source: hotdamn5sos 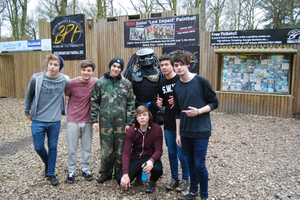 1d and 5Sos
added by Blacklillium 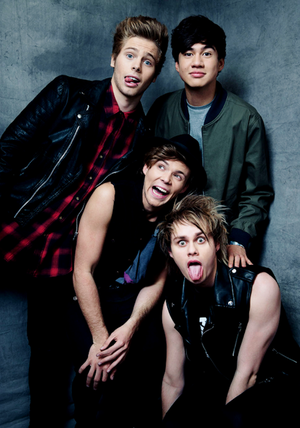