Though Uncle Fester is a regular on the TV series, Charles Addams' prototype for Fester in the New Yorker cartoons was almost exclusively solitary, never shown indoors with the other family (except once as a painted portrait), and only once outdoors with the children (going fishing with dynamite).


With the start of the TV series, The New Yorker magazine stopped running any Addams-Family-themed cartoons from Charles Addams until just prior to his death in 1988, although a few familiar characters were allowed solitary appearances (the prototypes for Pugsley, Cousin...
continue reading...
3
Addams Family Children
posted by LouellaMorticia 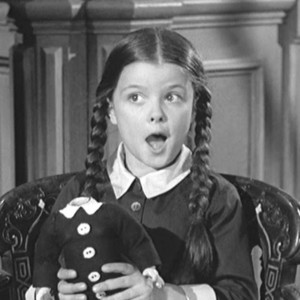 Lisa Loring
Okay, so this is what I've found out with my 'obsession' with the Addams family of the like of Wednesday and Pugsley since their ages are very different in different versions: 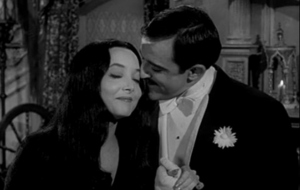 One evening, the couple decided to retire to their room early – after kissing the children goodnight and telling them...
continue reading...
The Addams Famly Comes to Pboenix College in Arizona!
posted by JMFesterAZ
Playing on the mainstage of the Phoenix College campus in downtown Phoenix, Arizona; Dr. Christina Marin has cast a group of willing subjects to play in "The Addams Family: The Musical." Featured in the cast are two local actors: Hector Coris as Gomez and Jeffrey Middleton as Uncle Fester! Come see the fun as we open Thursday, April 16, 7:30pm and run the following performances: Friday, April 16, 11am, Friday, April 17 & 24, 7:30pm, Saturday, April 18 & 25, 7:30pm, Sunday, April 26, 2:00pm...
If we start to sell out, more performances will be added! Let's pack the house with friends and fans!
Tickets can be purchased via the Phoenix College website:link
More Cards
1234567891011