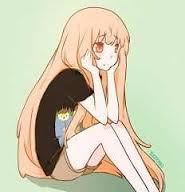 Will You Marry Marry Me?

A Princess is in her tower;
Protecting and ruling her kingdom with all her power;
She loves her people…that is true!;
But then I asked her, “Have you found someone who loves you”?;
She replied, “Yes, I have found someone who loves me;
As you can see, I have found my PRINCE, my HERO and my KNIGHT;
He loves me with all his might;
And he will love me forever if I am right;

We will be wed at sunset on the day that we met;
Everything is set;
And he asked me, Are you ready?
And I said, Boy, you bet!”

The night before she would be wed;
She found her fiancée out of bed;
She saw him and called his name as he sped
…into the forest as if led;
She followed him deep into the forest;
…in a small house she saw him rest;
And what she saw really gave her stress;
Beside him lay his wife with a big golden crest.

She burst into the door and roared;
“How could you do this to me?”
He woke up and said, “This is not what you see”;
She slapped him hard and said, “You never loved me!”

She stormed back into the castle wet with tears;
For she has just witnessed one of her greatest fears;
She had guards search for him;
But her chances were now growing slim.

She sat in her room now dry and clean;
And came in her oldest friend for years she had not seen;
The Princess gave him a kiss and a hug;
Her friend said, “Sorry to bug”;

They sat down and her friend said,
“I heard what happened and that makes me mad!”
“…..because you were about to marry someone that’s bad”
“I don’t want to see you hurt;
“……because what you’ve have done has worth”
And now for once, my dear Princess, say yes to my plea:
“……..will you marry me?”
ColinSkywalker, FinnLover12 and 1 other like this
astigpinoy HNGGGGGGGGGGGH STILL, U IS BE GRAMER NAZI? 3.8/5, nice poetry u got there :)
True-Finn-Fan *not bad* this is a pretty legit article (even though it conflicts with my OTP -_-) ya might get a prop in the near future. ;D
emerald_32 Very cute..and the grammar thing is in, once again. I suppose the hero is Finn, ain't it? And the oldest friend...Marceline? I shall give you prop...sooner or later.
True-Finn-Fan ^all's well and ends well. :)
pbadventure18 Well basicaly it wasnt finn that left her it as finn who proposed to her
True-Finn-Fan ^ i know that why i gave you the *not bad* award...
4
Who deserves finns heart... (i wrote to long of a response)
posted by True-Finn-Fan 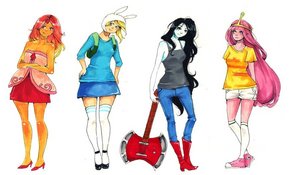 the choices
As you all know i ship FinnXFP so you know that Flame Princess is the one i would pick... but i have reasoning behind my pick besides the obvious "i want them to be together." or "they're so cute as a couple." reasons that everybody uses.
i will back up my claim with reasoning and discredit the other choices with reasoning. first i will discredit.

Bubblegum: now most people like to use the "she's too old for him" reason but that's not a very good reason because when finn turns 18 then age is no longer the issue. Finn is either 14 or 15 now and it's only a few short years before he catches up...
continue reading...
6
Why I Hate PB And Like Marceline
posted by stellamusa101
Well a lot of people have been saying “Why do you hate PB? You're crazy!” (well, my friends at school) and “Why do you like the teen vampire Marceline?”. And also here people want to know why. So I guess I should let out my opinion!

Princess Bubblegum – I hate her
Well my first reason would be because she's too full of herself…and if I correctly in "The Duke" when she turned [completely] green, she was SO worried, she cares about her skin too much. My other reason would be because she's too girly and scientific for me– this is an unpopular reason; I don't like her scientific ideas...
continue reading... 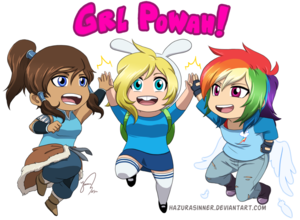 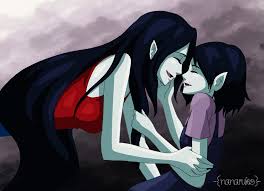 4
marceline and her mom
added by marcelinerocker 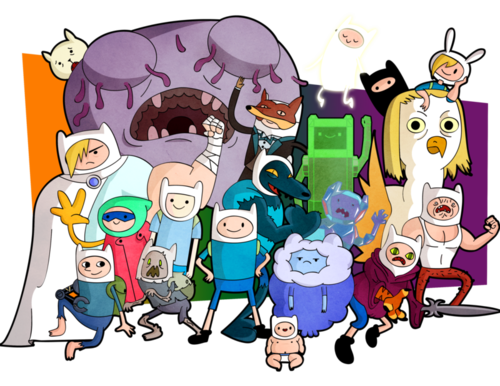 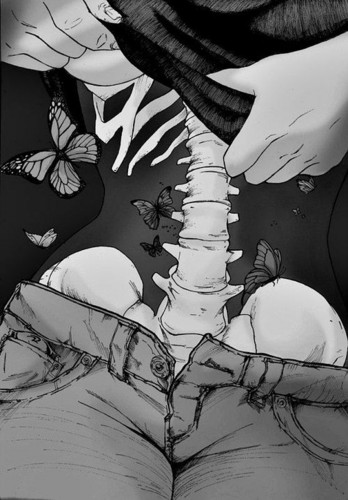 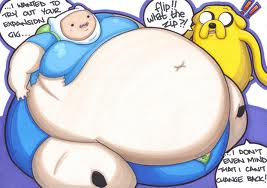 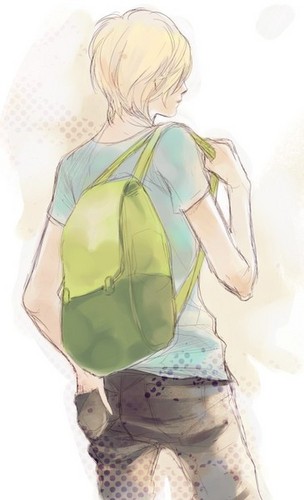 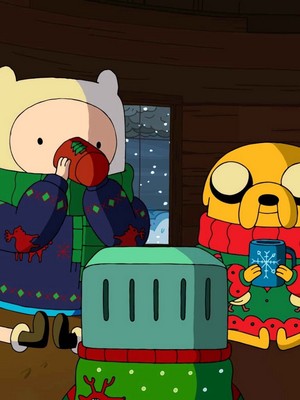 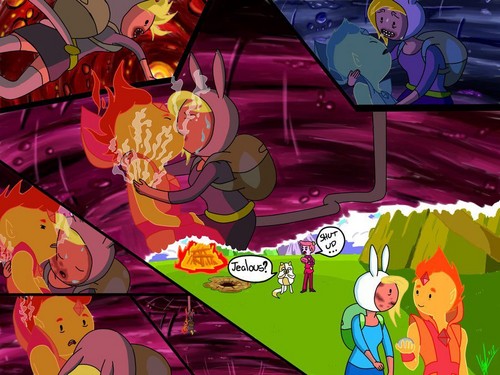 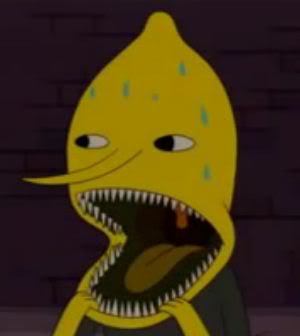 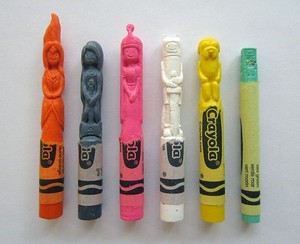 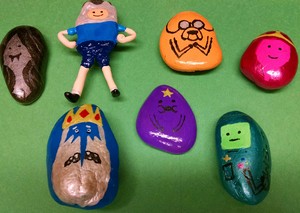 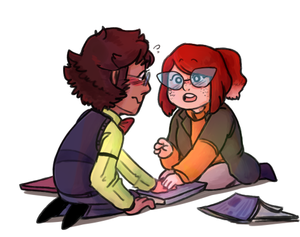 Pusheen The Cat As Finn
added by Bonnible-PB 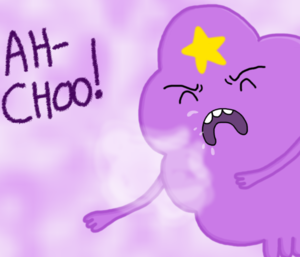 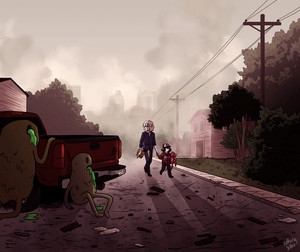