Indescribable Feeling
posted by BeastsGirl
This is a fanfiction that I began and would appreciate it if people could read this first chapter and tell me if they think I should continue :-)


Aladdin held his breath and gritted his teeth as he heaved himself over the palace wall and landed softly on the lush grass of the majestic garden which covered many acres. As he tiptoed swiftly but lightly; seeking out anything that offered concealment: the trees, the water fountain, he prayed that the damn tiger wouldn't suddenly appear and discover him. He had to get into the palace without being discovered otherwise he would really be in for it. He could just imagine the inquisition, the cold stare and the steely tone as his activities were picked apart and scrutinised and then of course there would be the punishment.............He shook his head abruptly and regained his focus on getting into the palace without being rumbled. He knew he was cutting it fine and hadn't got much time left but unforeseen circumstances had delayed his journey to the palace so he would just have to make the most of the situation as best he could. Halfway across the garden, the notion of a potential problem entered his head and refused to be ignored. What if the doors that led into the palace were locked? There was no way that he could seek out another entrance to the palace without being discovered. This thought poked and prodded at his mind as he continued across the garden. Eventually, concealed behind a small hedge of sweet-smelling purple flowers, he was mere yards from the main door which lead to his destination and his victory. Mouthing a silent prayer, he stood up from behind the bush and sprinted to the door with all the speed of a hunted deer. Heart pounding and mouth drier that the Sahara Desert, he gripped the door handle and gently tugged............

Relief flooded through him as the door eased open and the warmth of the palace lounge drifted out to greet him. A nervous smile graced his lips as he eased himself into the room. It's not over, yet he warned himself. Thankfully, this room offered plenty of concealment; huge, luxurious draperies hung in every window and many pieces of furniture were scattered around the room. As expected, navigating around the room was easier and quicker than the garden had been and he soon found himself at the archway that led out of the lounge and into the entrance hall. Now here was his biggest challenge: a wide open area of marble floor with no decoration or furniture to speak of. He would be completely exposed from the moment he set foot outside the lounge. Staring out at the wide open space before him, he knew that there was nothing to do but make a run for it but first he listened intently for any sounds of nearby movement or voices. After what seemed like an eternity, he decided that there was no immediate threat of discovery and so, with an intake of breath, he threw himself free of the safety of the lounge and sprinted across the cold, unforgiving marble floor, visible to anyone who happened to come along the entrance hall at that moment. After running for what seemed like hours but could only have been seconds, he reached the staircase which lead to the sleeping quarters and took them two at a time.

Once he had reached the landing, he wasted no time catching his breath or contemplating strategy, with his jaw set in determination, he sought out the room he required. As he turned the corner at the top of the stairs, it was the second door on the left hand side and the door was slightly ajar. Adopting an air of nonchalance, he pushed the door open completely to reveal the room beyond. An unconscious breath of air escaped his lips, bringing with it both relief and jubilation. He'd made it!! All caution abandoned, he approached the bed in the far corner of the room and appraised the items that lay atop the Egyptian cotton sheets. Silk slacks of the deepest purple were lying on the left side, devoid of wrinkles. To the right of these lay a crisp, white shirt with gold-trimmed cuffs and collar, starched to within an inch of its life. Immediately next to this, completing the ensemble, was a cape of the same deep purple as the slacks with a gold clasp at the neck. Fully aware that time was of the essence, he moved to the window to close the draperies, still revelling in the glow of his successful arrival at this point -

"Where on earth have you been?!"

He conjured up the most sheepish expression that he could muster and launched into the story that he had been devising since he made it safely into the palace.

"Jasmine, I am so sorry but I lost track of time. I only went for a walk to get some air and clear my head before the banquet and who should I encounter on my travels? Count Anheim, you know, the foreign diplomat we met a few months ago? He's in the country for a few days on business. He really can talk!! Just kept on and on. I am sorry"

He slyly crossed his fingers behind his back, hoping she would believe the story and stood waiting for her reply. A frown was still in evidence but her tone was softer as she said

"You could have invited him to the banquet instead of just standing around outside, talking"

"Are you kidding?! He would have kept us talking all night and the other guests would have been completely ignored"

She smiled lightly at his response and he relaxed as the situation smoothed out. He walked towards her and put his arms around her waist, pulling her towards him as he leaned in to kiss her.

"I'm sorry" he breathed, as their lips parted

"Well, I'm still not happy with you but I understand the circumstances. Now, you really must get ready; guests will be arriving shortly"

She kissed him once more before pulling away and heading out of the room. As he dressed, a cold, heavy feeling of guilt settled in Aladdin's stomach and worst of all, he knew that the feeling had nothing to do with deceiving Jasmine.
thetscfan121 What??? Aww, you killed him.
BeastsGirl Killed him?! I assure you he's very much alive. Lol 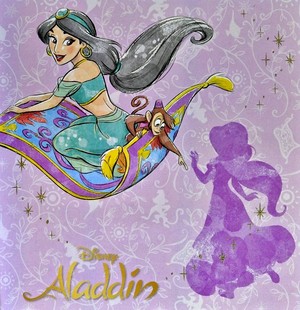 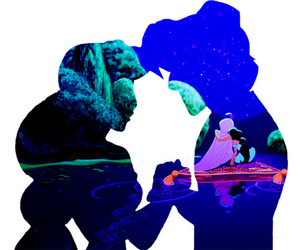 Do You Trust Me
added by glelsey
Source: lovelydisneys @ tumblr

Aladdin
added by LoveSterlingB
Source: made by me :)

Aladdin
added by LoveSterlingB
Source: made by me :) 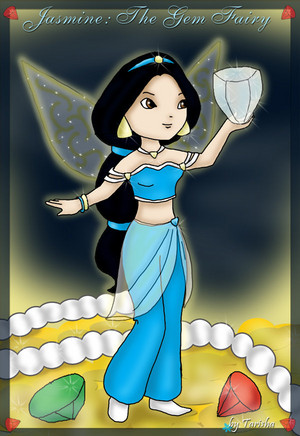