7
Lots Of Alice Cullen Quotes!!!
posted by AliceHaleCullen
Cullen, Alice
You do smell nice, I never noticed before.


It sounded like you were having Bella for lunch, and we came to see if you would share.

That won’t help.
I could smell her across the field.


It’s been almost a century that Edward’s been alone. Now he’s found you. You can’t see the changes that we see, we who have been with him for so long. Do you think any of us want to look into his eyes for the next hundred years if he loses you?


Bella, how many times do we have to tell you that there’s no danger to us?


I will always tell you the truth.


As predators, we have a glut of weapons in our physical arsenal — much, much more than really necessary. The strength, the speed, the acute senses, not to mention those of us like Edward, Jasper, and I, who have extra senses as well. And then, like a carnivorous flower, we are physically attractive to our prey.


It’s difficult on both sides — the blood-lust on the one hand, the awful pain on the other.


For everyone else, the pain of transformation is the sharpest memory they have of their human life. I remember nothing of being human.


Some things are more certain than others… like the weather. People are harder. I only see the course they’re on while they’re on it. Once they change their minds — make a new decision, no matter how small — the whole future shifts.


You’re only a senior once. Might as well document the experience.


I’d forgotten how exuberant you are.


He was a fool to think you could survive alone. I’ve never seen anyone so prone to life-threatening idiocy.


Your best friend is a werewolf?


Edward was right—you’re a magnet for danger. Weren’t you supposed to be staying out of trouble?


Leave it to you, Bella. Anyone else would be better off when the vampires left town. But you have to start hanging out with the first monsters you can find.


Save your remorse for someone who believes it.


I don’t think he ever planned to outlive you by long.


We may already be too late. I saw him going to the Volturi… and asking to die.


If he gives into his more theatrical tendencies… we might have time.


There’s a very good chance that they will eliminate us all—though in your case it won’t be punishment so much as dinnertime.


You don’t get a lot of suicidal vampires.


You know what. If we’re too late for Edward, I’m going to do my damnedest to get you back to Charlie, and I don’t want any trouble from you. Do you understand that?


Honestly, I think it’s all gotten beyond ridiculous. I’m debating whether to just change you myself.


You are so bizarre, even for a human.


How strongly are you opposed to grand theft auto?


Trust me, Bella. If anyone sets up a roadblock, it will be behind us.


Try not to trip. We don’t have time for a concussion today.


Let’s behave ourselves, shall we? There are ladies present.


In summary, she did jump off a cliff, but she wasn’t trying to kill herself. Bella’s all about the extreme sports these days.


I think she’s having hysterics. Maybe you should slap her.


Seriously, Bella! I don’t have any idea how to not kill you.


I’m offended. You’re not honestly worried about this, are you?


Haven’t you noticed yet, Bella, that Edward is just the teeniest bit prone to overreaction?


This hostage stuff is fun.


Edward, if I try to do too much, things are going to start slipping through the cracks.


Edward is making me do this. But I did foresee that you would be more difficult if I surprised you.


Don’t be a baby about this. No tantrums.


And you ducked your head, like a good Southern gentleman, and said, ‘I’m sorry, ma’am.’


You don’t get to be human again, Bella. This is a once-in-a-lifetime shot.


You don’t have anything like this. For crying out loud, you only own one skirt!


If someone wants one of us, they’re going to have to go through the rest of us to get to her.


I’ll warn him if your plans get any more defined. It doesn’t help anything for you to put yourself in danger. Do you think either of them would give up if you died? They’d still fight, we all would. You can’t change anything, so just be good, okay?


You worry too much, Bella. You’re going to go prematurely gray.


Edward is such a grouch when he doesn’t get his way.


I don’t care whose idea it was. How could you do this to me? I expect that kind of thing from Edward, but not from you. I love you like you were my own sister.


You know, Edward, as a brother, you are sometimes a disappointment.


Play your role first, Bella, and then you can do what you want second. Part of being a Cullen is being meticulously responsible.


It might be different for you. I’ve never seen anyone go through this who’s chosen it beforehand. It should be interesting to see how that affects you.


You are safe inside your mind. No one can reach you there. It’s no wonder that Aro was so curious about your future abilities.


I’m sorry. I can’t really empathize. My first memory is of seeing Jasper’s face in my future; I always knew that he was where my life was headed. But I can sympathize. I’m so sorry you have to choose between two good things.


Go play with Edward. I have to get to work.


Thirty seconds, please, Bella. Your patience will be rewarded.


No one dressed by me ever looks like an idiot.


Go to your happy place, Bella. It won’t take long.


You’d think I was shoving bamboo splinters under your nails.


I’ve only allotted so much time to make you stunning, Bella – you might have taken better care of my raw material.


You’ll be my sister officially in ten short hours… it’s about time you get over this aversion to new clothes.


No one will dare to call you plain when I’m through with you.


Deep breaths, Bella. And try to lower your heart rate. You’re going to sweat off your new face.


Focus, Bella. Edward is waiting for you down there.


Do you want to miss your plane? I’m sure you’ll have a lovely honeymoon camped out in the airport waiting for another flight.


I’ll tell her where you’re taking her, Edward. So help me, I will.


She’s going to be dazzling.


You promised I could be there the first time! What if you two run past something reflective?


Edward gave me grief for not getting you to a mirror before the wedding. I’m not going to be chewed out again.


Her fashion sense hasn’t improved as much as her balance.


Oh, give her some credit. She wasn’t going to do anything. You’d want a closer look, too.


But look at how she’s dressed. It’s been killing me all day. That is clearly the priority.


She has never been set down in her entire life. She’s going to be the most spoiled half-vampire I existence.


Look at you! You need me to show you how to use your closet.


Just get it off your chest, Bella.


You’re just not that good an actress.

I missed you, too, Bella. So forgive me, and try to be satisfied with being the superhero of the day.

It helps a little if you think of them as people.

I’ll miss you. No matter how short a time you’re gone.

You will do the right thing. She’s Charlie Swan’s only family. It would kill him, too. 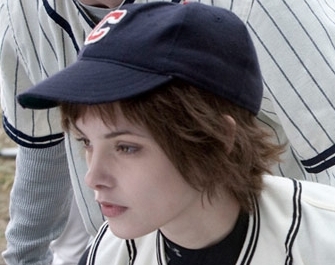 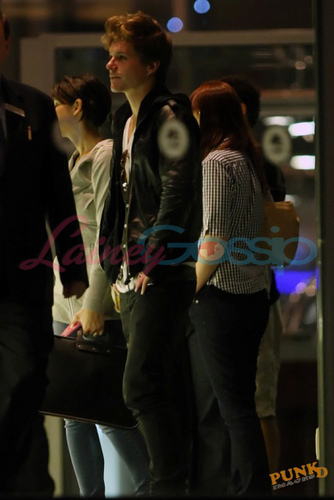 Arriving in Vancouver
added by SAdryana 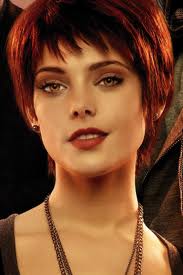 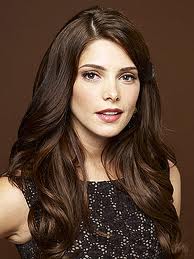 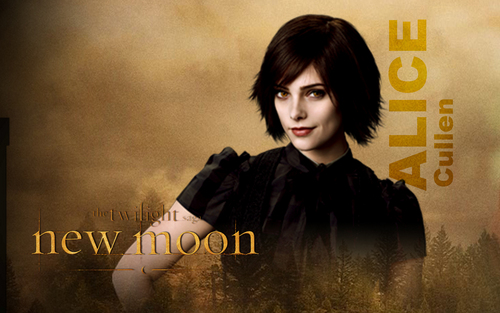 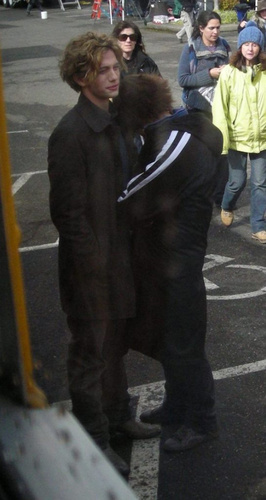 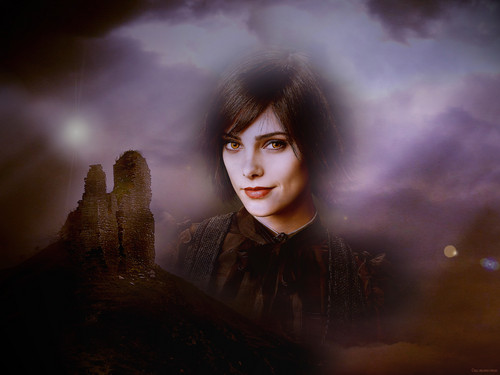 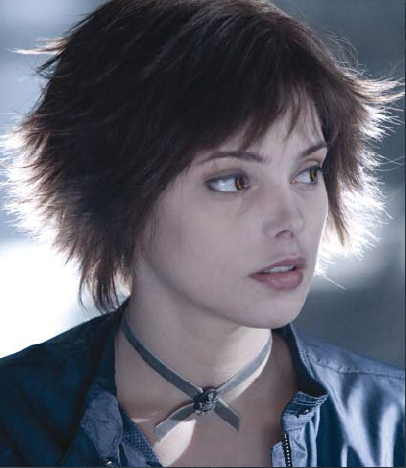 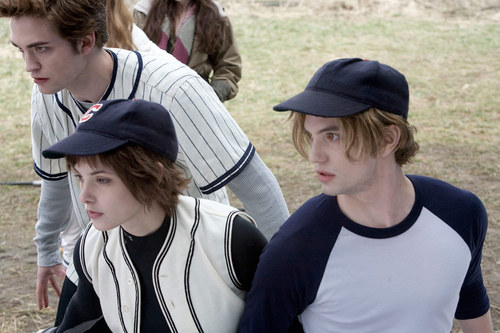 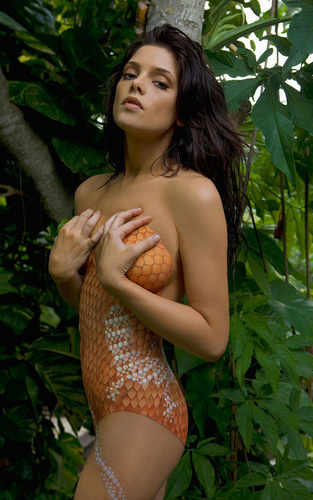 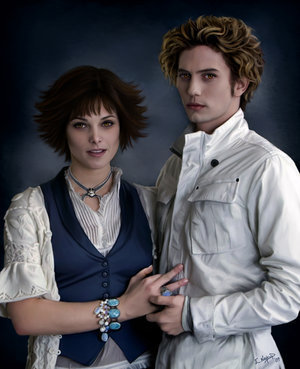 Alice and Jasper
added by sapherequeen 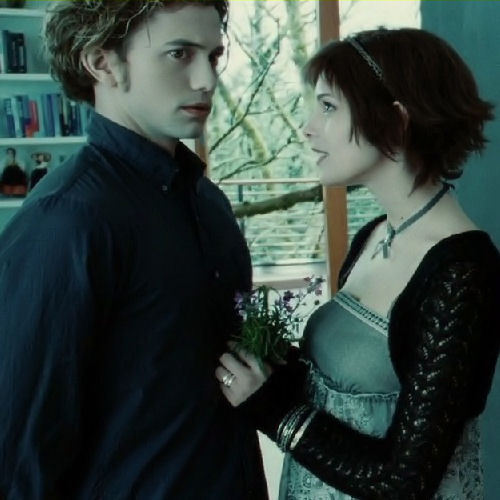 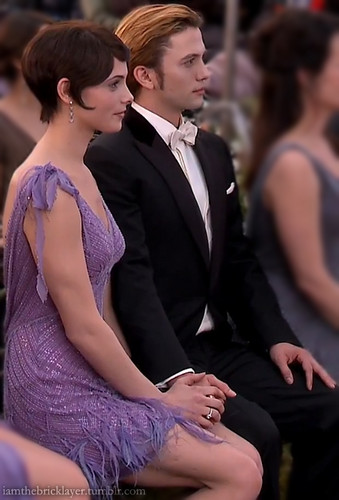 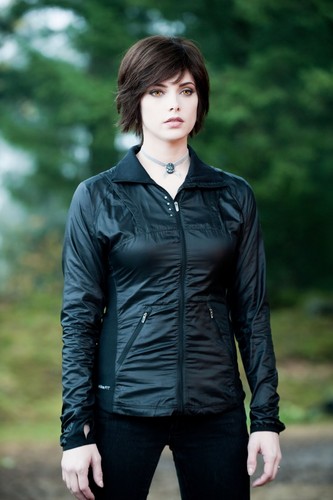 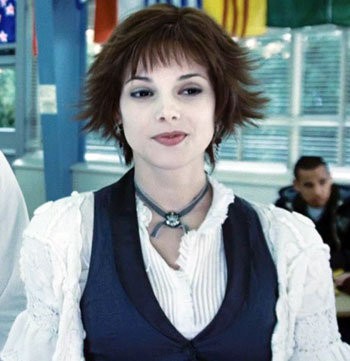 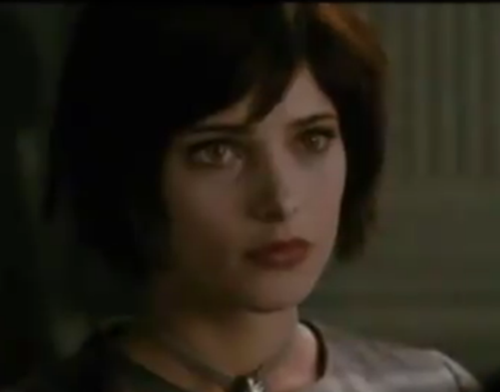