2
Adaption in Wonderland
posted by MasterOfFear 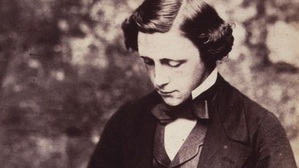 "Appreciating Lewis Carroll's Alice books does not require extensive knowledge of their historical setting and meaning. Their continuous popularity among large and varied audiences over the last 150 years shows its enduring accessibility." (Rackin,3)
Alice is like the bible, with many dedicated admirers and critics who have never read them readily accepting derived work as canonical truths. It is erroneous to assume that Alice is a completely random, plotless concoction of a drug-fueled imagination. Though immensely puzzling, the discursive, episodic books are full of logic games, riddles, and inside jokes, that may fly over people's heads. There have been over 50 films over the past 100 years based on Carrollian works, with ah handful being stand-alone Through the Looking Glass movies, with most based on the first book with quotes and references from Looking Glass peppered in to compensate for the absence or partial inclusion of the less-popular sequel. Changes are necessary and expected with a shift in medium, leading to preferable and regrettable results. Accurate or not, Alice-inspired works are an extension of the charm that has managed to keep people transfixed for over a century, able to tame the frightening and irrational into the insightfully enjoyable for the young and grown.

"The works constitute verbal, musical, and visual interpretations of the Alice that can enhance out understanding of the books' power and popularity" (Rackin, 31) There are no traditional good or bad roles in the story. The King of Hearts secretly pardoned those his wife sentenced to death, and the Jabberwock was only a poem. The characters range from giving vaguely helpful advice, to benign but useless, to annoyingly tactless, from only noticing Alice long enough to insult her intelligence. No heroes or villains, just neutral citizens carrying on their own self-centered routines.
When trying to convert Alice into film, with accustomed roles like protagonist and antagonist, leaves the allegiances of the previously neutral characters available for adjustment. Recurring adaptational elements include condensing, simplification, adding more traditional or adult themes, and the transference of dialogue or personality traits. For example, Humpty Dumpty is the one who spoke of unbirthdays, not the residents of the Mad tea party portrayed in the Disney film. The Cheshire Cat was also reciting Jabberwocky verses instead of the talking egg. Some characters are combined, diminished, or even removed altogether, especially if Through the Looking Glass is included. Many minor characters (like the Gnat and the Pigeon) are downplayed in favor of the popular ones people are ones people are more likely to be familiar with, like the Hatter and the White Rabbit. Asides from their idiosyncratic words and actions, titles, professions, and species, not much is known about the characters Alice encounters. When the 2010 Burton film tried giving them names and backgrounds, he continued to remove whatever mystery that fascinated in the first place. Though information like personal thought and pasts are obligatory in most characters, Carroll proves that they are not always needed.

Over the years, repeating changes in adapted characters have developed predictable patterns of error. Alice is 7 years old, but is usually aged up much more, an adolescent returning after years or that age from the start. Reasons may be that an older actress might be easier to manage, and more mature themes might be explored than with a precocious child. The separate journeys through Wonderland and the Looking Glass are often fused, as are their diverged residents. A composite character is often made between the Queen of Hearts and the Red Queen, meeting the former's volatile temper with the latter's commanding sternness. The Cheshire Cat will be features, even if his owner the Duchess will not. Him and the Caterpillar, one of the rare sources of guidance, will be elevated to omniscient guardians in most adaptions. Tweedle Dum and Tweedle Dee are usually present even if the rest of the Looking Glass residents are not. And the Walrus and the Carpenter are made tangible characters instead of those told in a tale by the Tweedles. The Jabberwock often takes on a more active, antagonistic role, instead of parodying poem within a story within a story, becoming a stereotypical dragon chasing Alice through the woods or needing to be slain in order to create a sense of urgency to hurry along the plot. The characters are typically not only made more attractive, bur kinder as well.
"But i do care, and you will see that all the creatures in Looking Glass world care" (Owl, 1985). Rather than being mostly ignored and belittled, Alice is viewed with much more importance, or even reverence by the previously dismissive creatures. With the whole "THE Alice?" reaction throughout the 2010 film and 2009 show, Alice's importance is much more exaggerated this time around as the prophesied messiah, her return eagerly awaited by those who, in the original, probably forgot about her 5 minutes after her departure.

Beneath the often-recalled humorous absurdity, "There are things in Alice that would give Freud the creeps" (William Epsom) Wonderland is portrayed in varying degrees of reality, to a product of her imagination to real after all. The King of Hearts in the 1999 film actually refers to their world as "Wonderland" and Alice's home as "the real world", acknowledging that they are apart of her mind and telling her that she doesn't need them anymore now that she has the courage to sing at the concert she fled to Wonderland to escape. The events of the two stories are sometimes shown to be preparation for something she has to face in her life above-ground, like performing, attending a tea party, or or solving the death of her family. Canonically, curiosity is what drives the Alice, with goals like finding the pretty garden or becoming queen treated like an afterthought. But usually more general, definite motives will be assigned to her, from cliche to tragic, like in the 1985 version, coming of age elements and anxieties of growing up or more overtly stated.
Pacing and tone are changed by adding more obvious conflicts like enemies and fate to fight against, struggles to overcome leading to a worthwhile lesson in the end. With so many facets in one story, there are many potential tones to be emphasized; absurdly amusing, surreally philosophical, to the outright grotesque. It is rare for all three to be successfully managed at once, with one ending up the disproportionate theme. Whether ported by actors in transparent makeup or silly or creepy puppets and animatronics, cartoons and musicals embellishing the cheerful humor are made at the expense of the insightful content. Conversely, there are adaptations that are made subtly or openly sinister using pre-existing elements of the books. Threats of physical harm are added along with the original invalidating implications intensified.
Such as Dreamchild and the Alice games, where Alice Liddell is haunted by the once amusing story and nightmarish creatures distorted by a traumatized older mind, struggling to preserve identity and sanity. Many Alice-based media takes place after the events of the books, with the writer having more freedom to deal with the aftermath that they can add incorporate their own ideas into. In bleaker depictions, the original stories was the peaceful past, with things having worsened since then. And there are times when Alice is already an established publication and the main characters that precede her repeat her adventures as they read (Through the Looking Glass, 1984) There are many ways to tell Alice, like in the books, there is no strict or logical formula to follow. 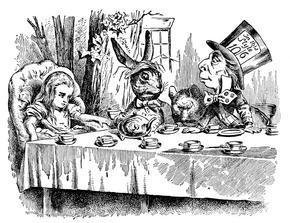 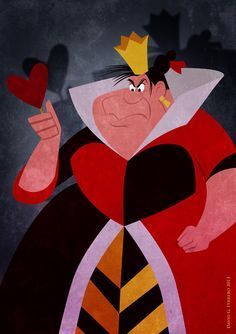 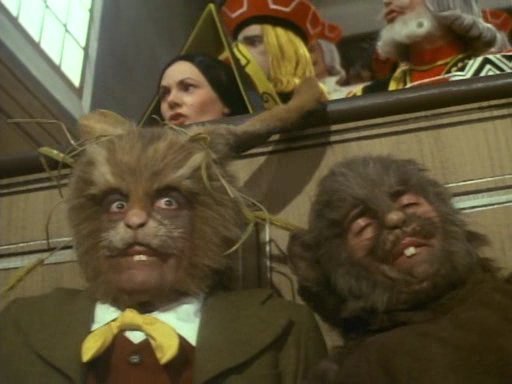 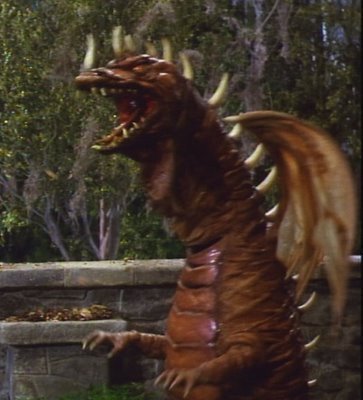 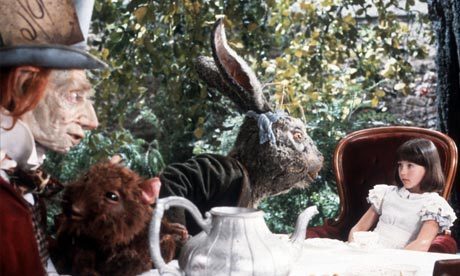 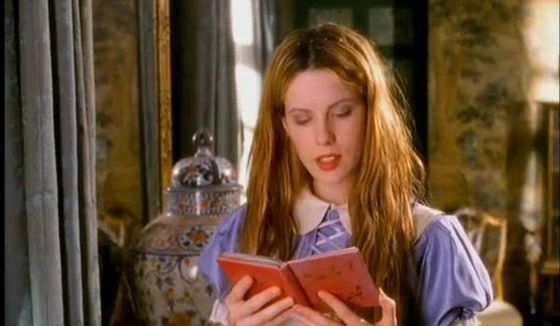 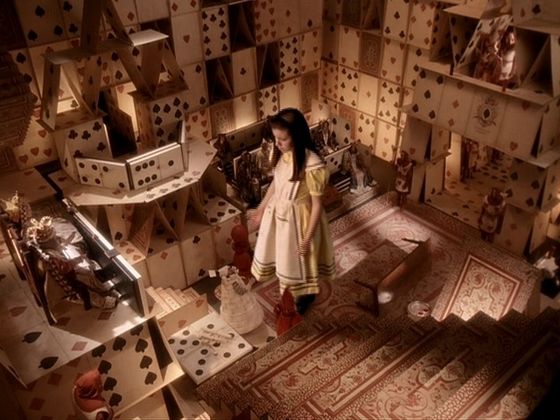 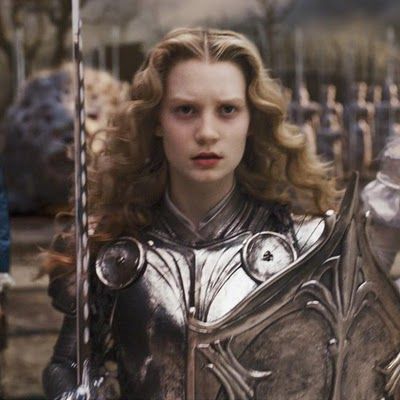 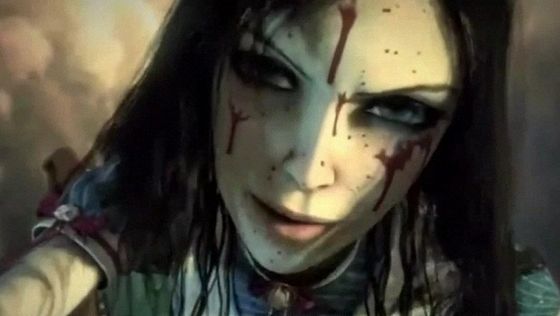 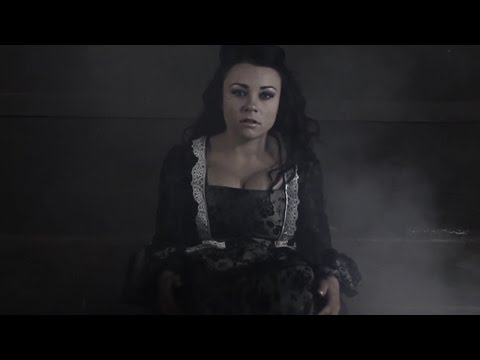 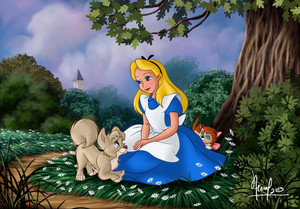 1
alice in wonderland
added by MJ_Fan_4Life007 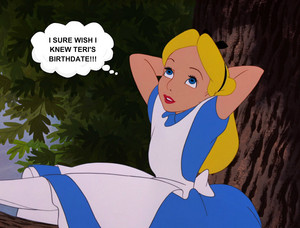 Sure wish I knew Teri's B-day
added by moviesteph

alice in wonderland
added by MJ_Fan_4Life007 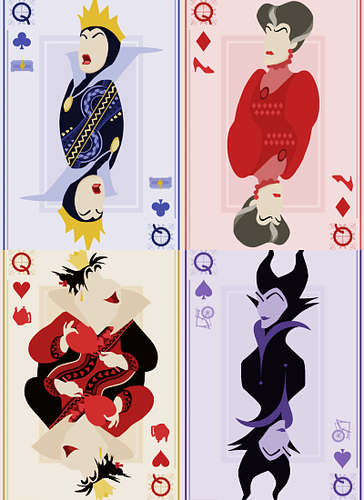 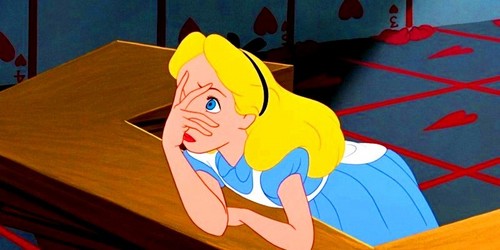 1
Alice
added by misanthrope86
Source: Disney / edited by me 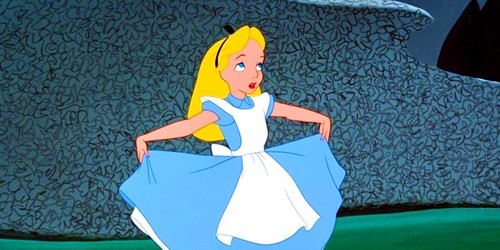 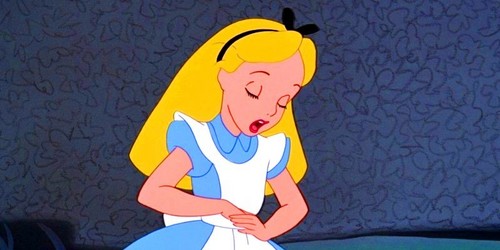 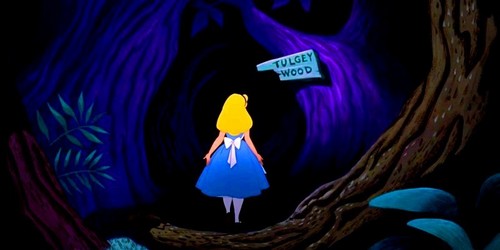 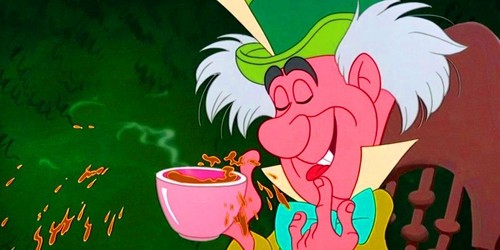 2
The Mad Hatter
added by misanthrope86
Source: Disney / edited by me 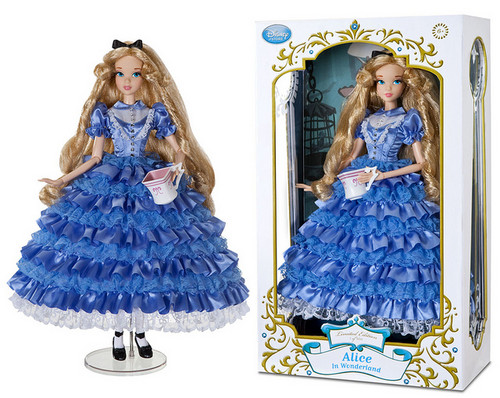 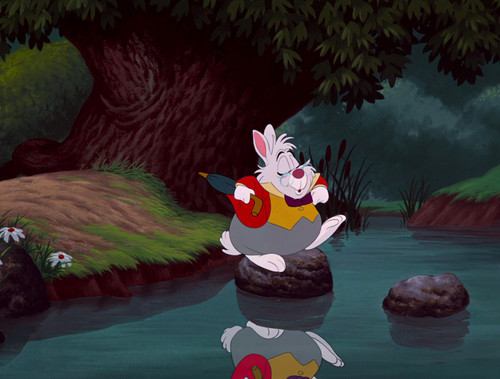 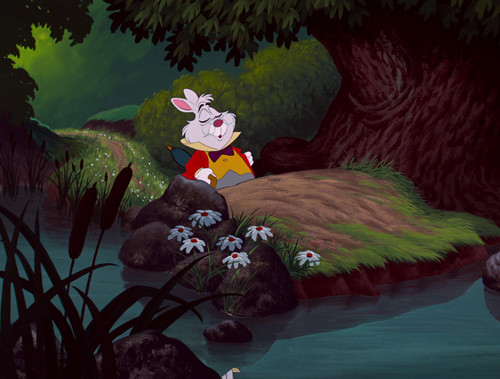 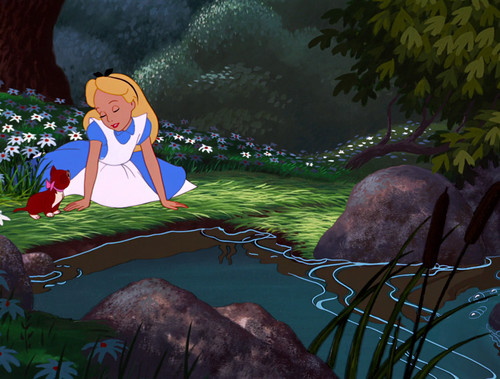 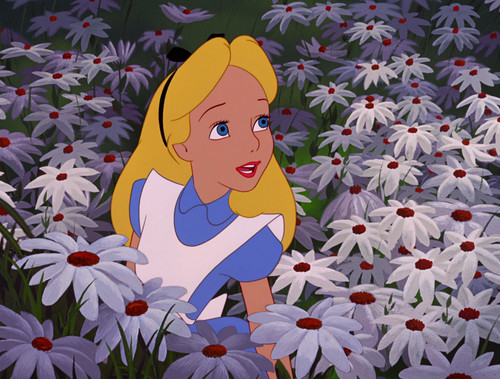 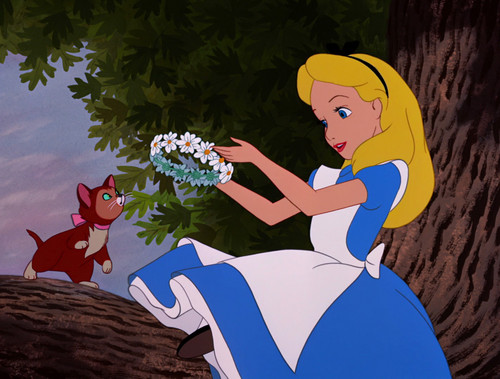 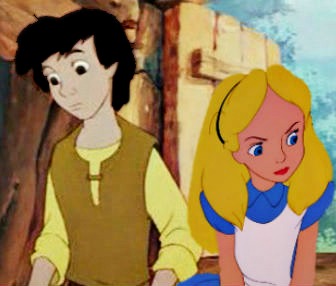