1
My comments on each line of Human Sacrifice Alice :D
posted by zerowakakkoi
Okay, so basically, I had to type up a loose translation of the song for an acting group. We were going to perform it with actions. Though, of course, I had to comment on the lines. xD Read ahead. OwO

The first Alice bravely wandered into the Wonderland, sword in hand. (plastic sword)
Cutting down countless creatures, she left a bright red path behind her. (red paint :D)
This Alice is the one of the forest, (...trees :D)
Locked away as a fugitive. (mini-jail cell...?)
If it weren't for the path she made in the forest, no one would know she existed. (and... she falls)

The second Alice meekly sang a song in the Wonderland. (Kaito :3)
Spreading out countless notes, he created a mad world. (I shall get the nico nico chorus voice clips for this :3)
This Alice is the one of the rose, (8D)
Shot by a madman. (aawwwwww, Kaito died.... D:)
He made one rose bloom, then admired by everyone, he withers (NNUUUUU!! Rose on de face)

The third Alice was a young girl, very cute and dear in the Wonderland. (me? dunno. needs a lolita outfit, doesn't it?)
Decieving countless people, she created a strange, green country. (oh, that would so be me. Except for the green... I wouldn't stop Kaito from being blue, though)
This Alice was the country's queen, (:D I is ebil queen Scarf! thing?)
Possessed by that strange dream. (spinny head :D)
Fearing death, she ruled forever (woohoo! I bags Hatsune's part~!)

Following the small path through the forest, having a party beneath the rose tree (uhh, Rin and Len having a tea party on Kaito's corpse?)
The invitation from the queen was the Trump of Hearts (ace of hearts... I am sooo miku)

The forth Alice were two twin children, who entered the Wonderland out of curiosity. (Rin and Len enter the Wonderland....... xD)
Passing through many doors, they came recently. (doors?)
The stubborn sister and a smart brother. (Rin: D:< Len: ...Kyouya pose xD)
They came closest to being the true Alice, but... (ZOMG PLOT TWIST! Meiko kills them... AGAIN)
They won't wake up from their drea. They wander forever in the Wonderland (walkity walk :3)
AHeadlessDoll likes this
AHeadlessDoll OMG love the commentary! You my friend are a natural comedian
zerowakakkoi Hm, this was a long time ago, and I don't find it my funniest thing now. My current style of comedy is more sarcastic, inappropriate and a bit more mature. Sometimes. In short, I'm not really like this anymore, and I think taking comedy acting lessons helped a lot. /cough/besides, the funniest thing i've ever done was when my gumi and i were coming up with insults with the word dick in them to use on gakupo. i still use dickheater and dick venomania sometimes/COUGHCOUGHCCOGUH//ANGELSTYLECOUGH/
AHeadlessDoll ZOMG! That's so funny!

Alice Of Human Sacrifice (My Sonic Vershion)
added by Molly6
TBOE's Parody
posted by zerowakakkoi
Anyone heard it? It's really funny. I'll put the lyrics here because they're fun to write. Yes, I know they're in the video description.

Look at that! I've got a sword! I'm in a flower field!
HEY! Look! A spade's on my hand! The ghost is now concealed! (IN DARKNESS!)
I'm cutting down these cool roses! I make scary face!!!
I walk down a path of red onto another place! (SAD FACE!)

Look at that! You see shadows of hands in my eyes!
OH MY GOD! They're grabbing at me! Let go of my thighs!!! (FAN SERVICE)
The background before is back, but I have disappeared
Never mind, you see my bleeding hand. This just...
continue reading... 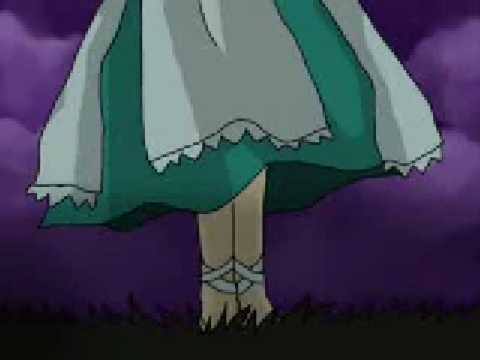 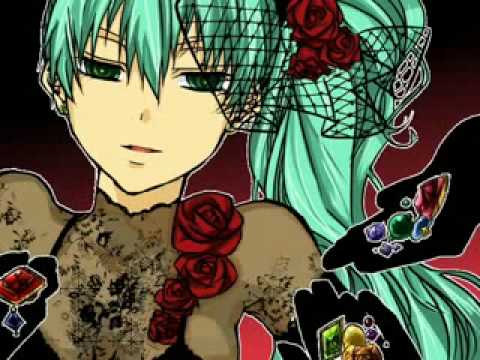