1
All Time Low Song Facts
posted by ninjacupcake88
Backseat Serenade: Alex Gaskarth told Billboard magazine that this song about falling for someone but not being able to be with them is, "a really cool culmination of old All Time Low and future All Time Low."

I Feel Like Dancin': Gaskarth said about this song: "These are the silliest lyrics I've ever written. It's an intentional, and sarcastic jab at the current state of radio…(Did write it with Rivers, after all) The irony will then be if works, so here's to hoping it does. I assure you that the lyrical content on the rest of the record does not follow suit. Have fun with it… Clearly it's not a song intended to make you think."

Lost In Stereo: Frontman Alex Gaskarth explained in interviews that the song is about spotting a beautiful girl at a show, and wanting to meet her. However, she doesn't pay any attention to him as she's so involved in the music and is just there to have fun and dance.

Lullabies: This song deals with suicide and a family coping with it. All Time Low lead singer Alexander Gaskarth dealt with the suicide of his older brother. The song is all about what happened, the effect it had on the family, the way his harsh words effected them, and the final plea to be together again: "Sing me to sleep, I'll see you in my dreams, waiting to say, I miss you, I'm so sorry."

Painting Flowers: This was recorded for the soundtrack to the Tim Burton/Johnny Depp movie, Alice in Wonderland. Frontman Alex Gaskarth told MTV News that though the song was written specifically for the film, it isn't necessarily a straightforward narrative about the Lewis Carroll story. "The song definitely references ideas from the film and from the story, but I wouldn't say that it's obvious," said Gaskarth. "But it's in there, for sure."

Remembering Sunday: In an online interview, Alex Gaskarth said that this song and "Vegas" are about the same person and the same experience. In "Vegas," he sings about how he would have married her if he could, and in "Remembering Sunday," he's lost her. The lyrics, "I'm at home in the clouds" is about being on a plane.

So Long Soldier: This autobiographical song tells of All Time Low's rise to stardom, starting from when frontman Alex Gaskarth moved from England to America in 1995 at the age of seven. The second verse tells of the early days of the band when they started pursuing their dreams.

So Long, And Thanks For All The Booze: All Time Low close their fifth studio album, Don 't Panic, with this sarcastically-titled track, which frontman Alex Gaskarth told Billboard magazine, "is obviously a send-off and a farewell and a big 'f--k you' to some of the people from our past that tried to steer us in the wrong direction."...The song's title comes from a line from Douglas Adams' series of comic sci-fi books and comedy TV series, The Hitchhikers Guide to the Galaxy - "So Long, and thanks for all the fish."

Somewhere in Neverland: Frontman Alex Gaskarth told Billboard magazine that this Don 't Panic track in which he wishes he could be young again is, "one of those undeniable All Time Low songs." He added: To me, it's like a 'Dear Maria' (2008) or a 'Weightless' (2009) or one of the songs that I think will really resonate with people for a long time."

The Reckless And The Brave: This song was originally released by the band a few weeks after they left Interscope Records. They made it available as a free download from their website before they went out on Warped Tour for the summer. A month later it was announced that All Time Low had returned to Hopeless Records, the label with whom they released their debut EP Put Up or Shut Up in the summer of 2006 just weeks after their graduation from high school. The lyrics about trying to find your place in the world and staying true to themselves appear to relate to the band coming home to the independent label.

Therapy: This waking-from-a-nightmare album closer was one of several tracks on Nothing Personal that signaled a new found maturity and depth for pop punk band All Time Low: Frontman Alex Garskarth told MTV News: "It's nice to get away from the pop-punk niche we came up in... it's nice to try to broaden your horizons. To be honest, we wrote a lot of this album with that in mind It weighs on you when you see all these new bands start popping up and getting signed, because that's the nature of this terrible industry we're in. So, we definitely noticed that, and we definitely thought, 'What can we do this time around that isn't going to piss off our fans too much, but is going to set us apart from all these little kids that have deals and songs on MTV now?'"

Time Bomb: Pierre Bouvier and Chuck Comeau of Simple Plan originally penned this tune. However during the writing process they deemed it more of an "All Time Low song" and allowed the band to have the song. In return, Alex Gaskarth guested on the Simple Plan track "Freaking Me Out" from their Get Your Heart On! album.....The song's music video was directed by K. Asher Levin and features the band performing on a Los Angeles rooftop while a SWAT team tries to stop a guy from saving his girlfriend by means of an artificial heart. The girl is played by Malese Jow, whom you might recognize from her roles of young fashion designer Geena Fabiano in the Nickelodeon television series Unfabulous and teenage vampire Anna in Vampire Diaries.

Under A Paper Moon: Amongst the left-field influences for the American Pop-Punk band All Time Low's fourth studio album, Dirty Work, is Jazz legend Ella Fitzgerald. Lyrically, a tribute to the First Lady of Song, "Under a Paper Moon" finds frontman Alex Gaskarth attempting to expand on the ideas presented in her version of the standard "It's Only A Paper Moon." "I think what a lot of people don't realize is that - especially for some of our older fans who knew us as the guys who grew up on Blink and Green Day - is that I have very eclectic tastes in music," Gaskarth told Billboard magazine. "Especially on this record, those influences really came into play."

Weightless: This track is about not wanting to grow up. Frontman Alex Gaskarth explained to MTVU that "the whole mentality of the song is like, you feel like you're stuck in this like, negative space and you just want to get out. Summer's rolling up and uh, everybody's finishing up with school and everybody's getting like the exam beatdown."
alltimejazxy likes this 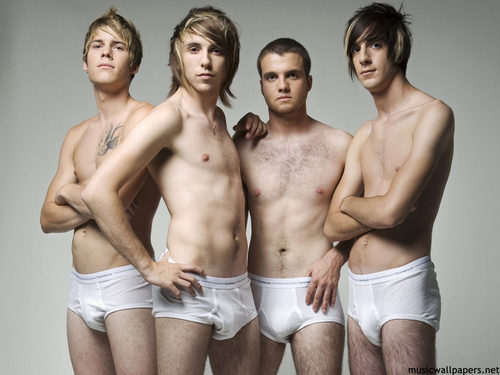 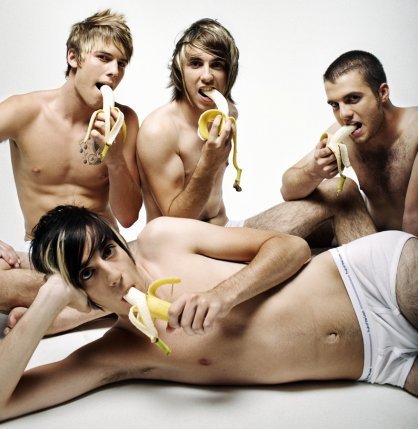 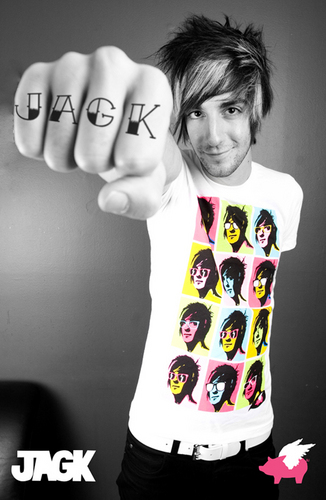 4
alex and jack
added by Hallrscott 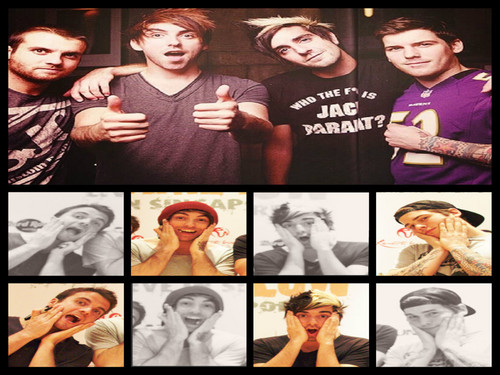 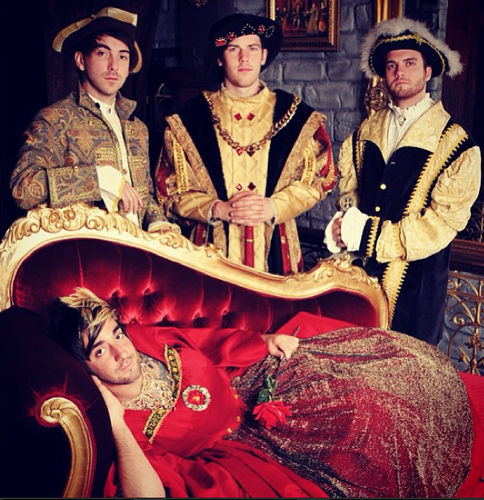 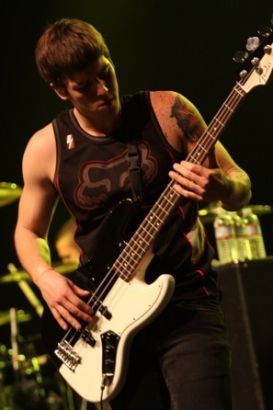 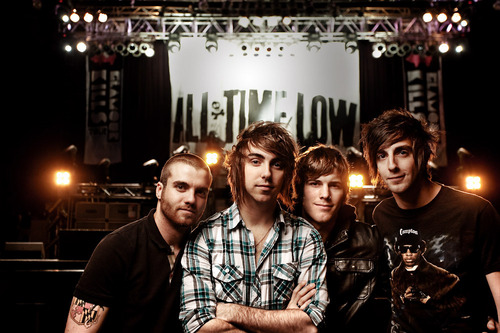 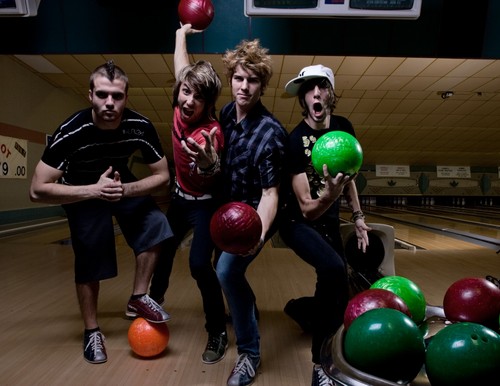 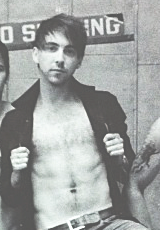 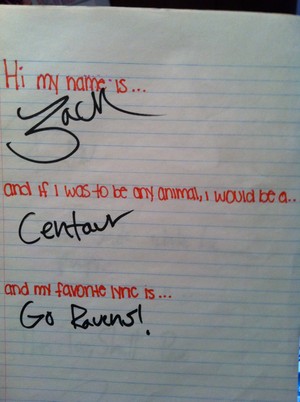 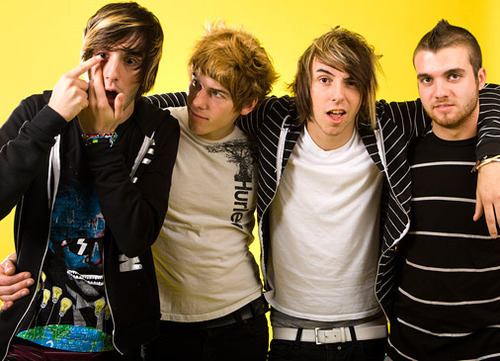 Music Video: Dear Maria, Count Me In<3
added by ninjacupcake88

Music Video: Dear Maria, Count Me In<3
added by ninjacupcake88

3
All Time Low
added by KaterinaLover 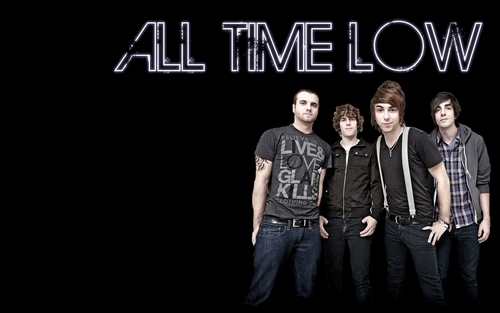 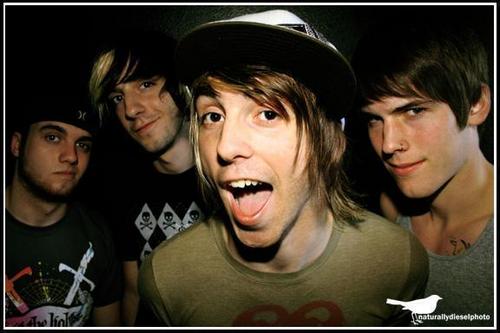