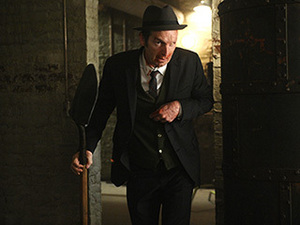 Spoilers if you havent watched Halloween Parts One and Two!

Tonight was the wrap-up to American Horror Story’s two-part Halloween installment, and viewers learned more about the dark past of Tate (Evan Peters). It appears that the school shooting fantasies plaguing Tate were not a dream but a reality, and his victims came calling for a little payback (or at least recognition of the heinous thing he had done). Plus, Constance (Jessica Lange) admitted to Violet that Tate was one of her children! EW talked to co-creator Ryan Murphy about tonight’s episode, and what’s in store for next week’s hour, titled “Piggy Piggy.” I’m scared already.


ENTERTAINMENT WEEKLY: Whose hands are that under the bed that reach out for Violet? Is that someone new? Or is that the infantata?
RYAN MURPHY: No it’s supposed to be Hayden who is in the house. The clue is the muddy hand.

It seems like there’s some sexual tension between Vivien and Luke — will that progress?
Hmmmm. Hmmmm. I definitely think based on that scene you can see that there is an interesting connection there. And I think women are like, “F— you Dylan McDermott for cheating. Give Connie Britton some time!” Although it’s a very interesting concept: a five or six month pregnant woman who cheats. Although I think he has it coming. We haven’t really resolved that yet or figured out what we’re doing.

A big part of the episode was Tate. Are we to believe the school shooting dream that Tate had was a reality?
Yes.

And those dead kids are the ones he shot in the high school?
Yes.

Will we find out his motives for doing that?
Yes. I think this episode introduces those people and the episode that follows we explore more of that.

Basically, I assumed that Tate is also dead but he doesn’t seem to know it. Will that be explained.
Yes you do find out why.

Do you think Hayden and the infantata talked while they were both in the basement?
[Laughs] I think they do chat off camera.

If Larry killed his family in the house, why haven’t we seen them yet?
You will. It’s coming up.

Are Chad and Patrick returning?
Yes they come in two episodes from now in an episode called “Rubber Man.”

Why is Chad so mad?
I think there’s a great sadness that Zach [Quinto] plays to somebody who sort of gave everything to something, be it the house or a relationship, and then it doesn’t turn out to your preconceived notions. I think he plays that frustration well. I also love his connection to Vivien in that he and Vivien are both with sex addicts. So there’s great pain and frustration to loving somebody with that situation and also like, “Why do you stay?” I think he created this world of beauty and comfort and hopefully children in the future and so I like the rage of it.

Was Tate aware that Adelaide was his sister
Oh yes.

How will Constance keep this a secret from him?
Yes I think she will have a lot of explaining to do in upcoming episodes.

So give us a preview of next week’s episode, “Piggy Piggy.”
“Piggy Piggy” is a really fun one for me, it’s also a horrifying one because one of the things the show deals with is the “American horrors” that we deal with in our culture. Certainly, kids and violence is one of them. So the opening is beyond tense and very upsetting where we see the true story of Tate. Then, Eric Stonestreet comes on as a patient who is paralyzed by urban myths and legends like Bloody Mary. It’s a pivotal one in the run of the show. It’s sort of half-way there and we deal with all these questions about Tate that we have been dealing with so I think it’s very momentous. What does he know? What doesn’t he know? Why he did what he did? What does Violet find out about what he did? It’s all that in there.

You just cast Mena Suvari and she’s playing the Black Dahlia from the 1940s?
Yes.

Is she involved in the flashbacks with Dr. Montgomery?
Yes. The interesting thing about that is there were over 60 people to step forward to say, “I was the killer of the Black Dahlia” so we wanna tell people what really happened to the Black Dahlia. You know it had to do with the f—ed up house!
fansfunsz, lauraxoxo and 1 other like this 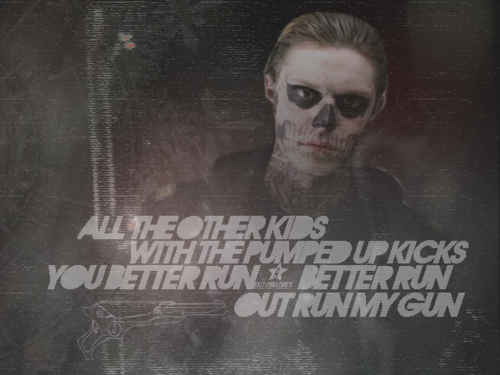 tate<3
added by marlanido
Source: by me 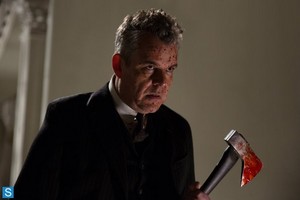 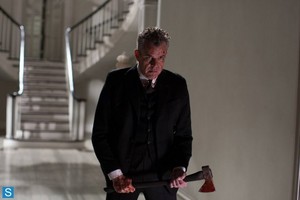 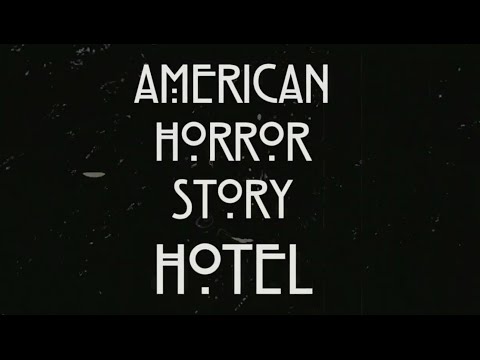 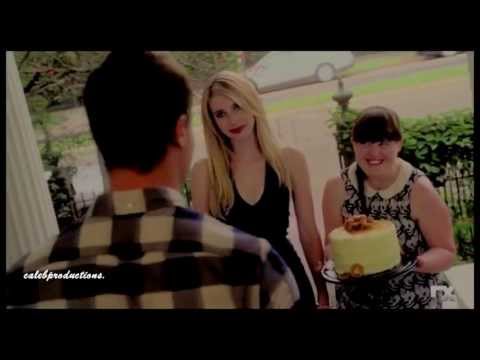 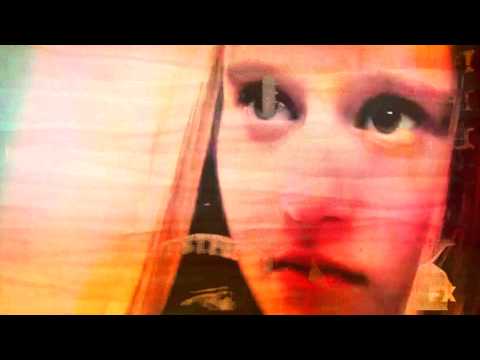 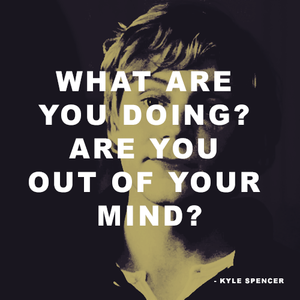 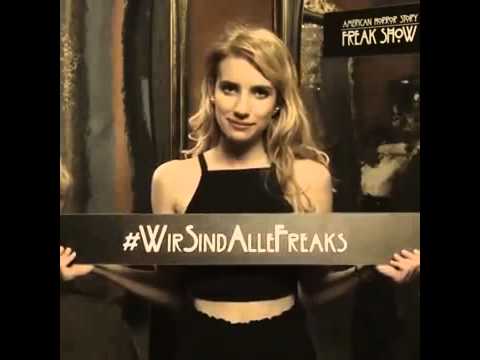 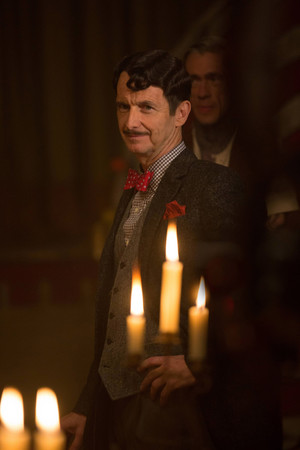 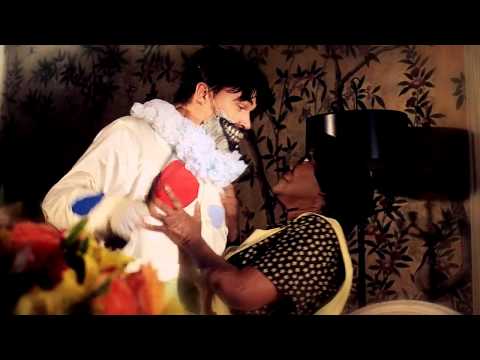