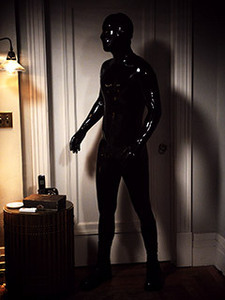 It’s the mystery that AHS fans have been wondering about for the past eight episodes of FX’s thriller: Who is Rubber Man? Well we finally got our answer in the latest installment of the Ryan Murphy/Brad Falchuk creepfest. The man in the rubber fetish suit is…

Tate (Evan Peters)! Yes the ghostly son of Jessica Lange’s Constance and the boyfriend of Violet (Taissa Farmiga) is the fella who impregnated Violet’s mom, Vivien (Connie Britton), with twins. I’m fairly certain that a ghost/human spawn can’t bring anything but trouble. From the episode, viewers learned that Tate did the deed in order to grant original owner Nora (Lily Rabe) some peace after her own baby was dismembered and then transformed into the “infantata.” It’s safe to say that only AHS fans will appreciate or even understand the last couple sentences I’ve written. While EW normally chats with co-creator Ryan Murphy post-airing, this week we chatted Rubber Man himself, Evan Peters, on the totally twisted development.

ENTERTAINMENT WEEKLY: When did you find out you were Rubber Man?
EVAN PETERS: Just that episode.

What did you think? Were you shocked?
I was shocked, but I was also grateful. I was thinking, “Wow that’s pretty cool. I guess I have to slime up and put on the rubber suit.”

What did the other castmembers think about you being Rubber Man? Were they shocked?
Yeah, I think everybody was pretty shocked. “Oh you’re Rubber Man? Oh my God. Wow. Oh you’re sick. Something’s wrong with you.”

Did you have to go to Syren, the L.A. fetish shop, like everyone else to be fitted for the costume?
Yeah I went for “Halloween Part I,” I believe. I though, “That would be interesting if I’m actually Rubber Man. But they can’t do that.” And then they did it and I was like, “Oh my God.”

How is it putting on that suit? I’ve heard it’s oddly cold.
It is. It’s like you’re naked when you walk around set because it’s just a layer of latex. It’s frustrating to put on because you have to lube up basically because if it gets caught on your skin…so you make sure you’re all nice and slick and then you get in there. You have to wear a robe on set or a jacket, so you’re not too cold.

So basically Tate is trying to appease Nora by giving her the baby she lost?
Yeah. I had that question too for Ryan. Basically the answer I got was he’s there to help. He sees that Nora’s soul is disturbed and is very sad. He has this sort of sweet spot for people like that. It resonates with him, so he wants to help them out and make sure they’re okay and peaceful. And since she’s dead and can’t leave the house, might as well give her what she wants so that hopefully she can be a little happier, instead of walking around crying all the time and wondering what was going on.

It’s just so twisted that you impregnated Vivien and Violet lost her virginity to you. Were you like, Wow this is twisted?
Yeah, I was like, “That’s a bummer.” You do this thing for this person because you’re trying to be nice, and then you find out the love of your life moved into the house.

I like the Hayden/Tate ghostly duo. Do you guys team up for more fun?
I thought that as well. I thought that was pretty cool. I don’t think there’s too much more in store for us. But it was pretty fun working with her — she’s great.

So will we see you in the rubber suit again?
Oh yeah. Yeah. [Laughs]

Has this been the wildest role you’ve ever had? What has this been like to play?
It’s been interesting to say the least. It’s been exhausting because you never know. As soon as you have your mind made up about something, you find something else out. So you’re kind of on edge all the time wondering what exactly have you done and what are you going to do so it’s been exhausting. I’m psyched for the season to be over with.
fansfunsz, lauraxoxo and 2 others like this 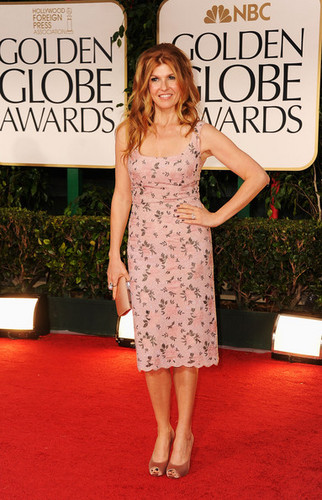 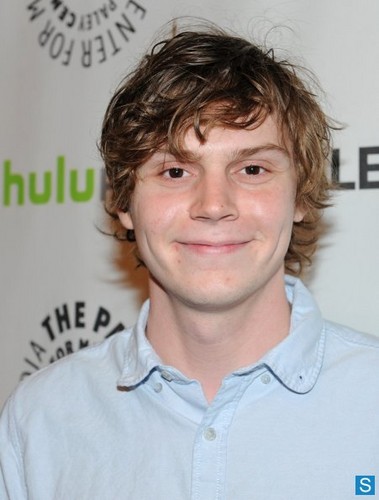 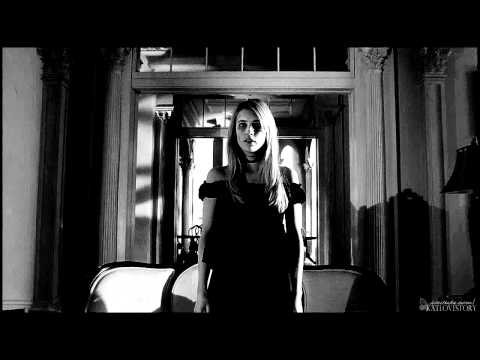 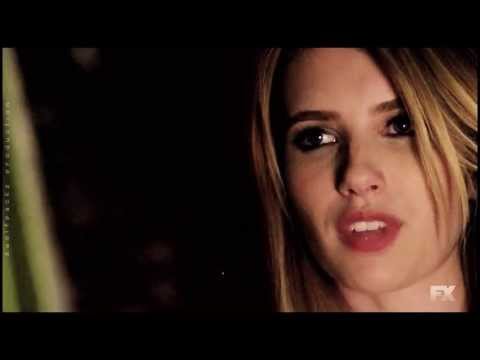 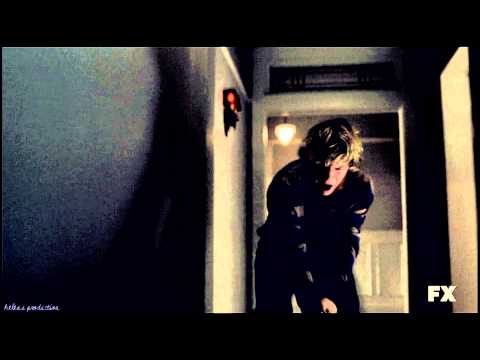 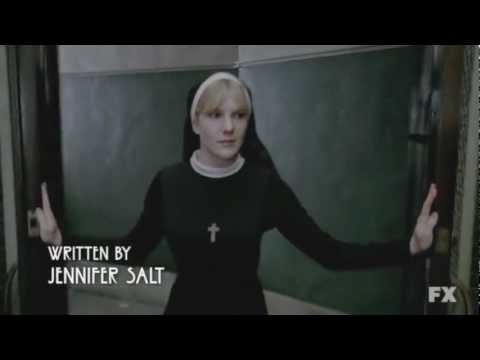 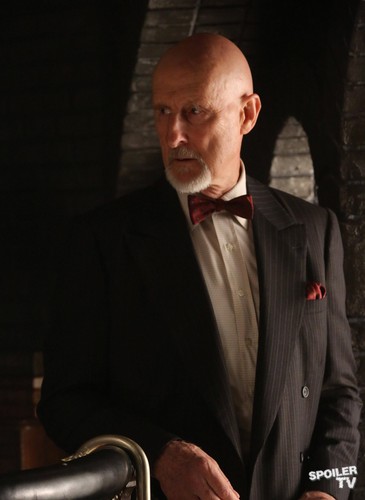 AHS - 2.06 - The Origins of Monstrosity
added by ForeverEternity
Source: horrorstorygifs.tumblr.com