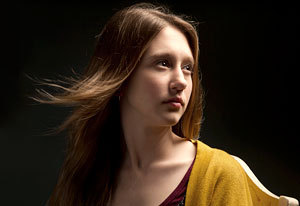 So Tate, it turns out, decided it was best for Violet not to know she had accidentally killed herself and instead proposed that the two commit (fake) suicide and live in Murder House happily ever after. Because of course that trumps boarding school! And when that idea didn't go over so well, he took poor Violet to see her decaying, fly-bait of a corpse, which he had stashed in a crawl space beneath the house. Because that's the best way to reveal that she's dead

On one hand, poor Violet! On the other, she has really bad taste in guys.
Taissa Farmiga: I kinda caused it myself, yeah (laughs). It's all Violet's fault. She didn't even know she was dead. But Tate knew — and Tate's keeping even more secrets.

It seems inevitable that she will find out that Tate (Evan Peters) has impregnated her mom...or so we're assuming.
Farmiga: Yes, she finds out in the next episode, and it's, ummm... it's gonna be something.

She's already been OK with having a dead boyfriend who killed a bunch of his classmates (not to mention various previous owners of Murder House). But knocking up her mom seems, somehow, extra wrong?
Farmiga: It's a pretty big secret! I think she handles it the right way — I won't tell you how she does it, but I think she does it the right way. Tate's pretty messed up, but she's drawn to him because she's drawn to darkness. He started empathizing with her about her cutting and school and her parents, so she started to trust him. He's the only person she can talk to. She loves him. But, yes, there are some things that are just...too much.

Constance (Jessica Lange) has been hot and cold when it comes to Violet, first trying to poison her and then confiding in her when Addie died. What's ahead for them?
Farmiga: Now that I'm stuck in the house forever, I gotta deal with her. They don't really like each other, but they need each other now. Violet goes to her [after the reveal] and she's asking questions. Constance seems to have some of the answers and she also needs Violet's help in return. But really, they do not like each other.

How else do things change for Violet now that she knows she's dead?
Farmiga: She becomes really protective of her parents. She accepts her death because she's been so immersed in this world already. You saw that she accepts it pretty easily, actually. But she doesn't want her parents to know because she doesn't want to hurt them any more than they are already. So she does try to deal with it -- but then all these other issues come up with her mother being pregnant and then the Tate of it all.

Violet did seem pretty calm at the end of the episode playing cards with Tate. But what was it like for you seeing your own corpse?!
Farmiga: How would anyone react if they saw their dead body like that? By the way, they released, I don't know, 5,000 or so flies during that scene. There were so many flies, it was disgusting. So imagine seeing a dead body that looks like you, lying there in the dirt and there are flies everywhere -- that's how it felt. I was really nervous for that scene, too. I was kind of freaking out before I even saw the dead body. I had to get a full head prosthetic, but I told them I didn't want to see it until we shot the actual take. I was really psyching myself out before hand, and the reaction you see is real.

Were you told about Violet's fate in advance?
Farmiga: Nope! Absolutely not. But I had a feeling because of the hints they'd been giving. Violent hadn't been to school in two weeks! I knew some people knew the answer but they weren't allowed to tell me... When I read the script, I was like, "I totally called it." I ran to my mom and said, "Read this! Read this!" I was so excited, I screamed.

What were you told about Violet when you were first cast?
Farmiga: They didn't give much away. I didn't know too much about Violet when we started. I was learning about her as we went along. I was only a couple of scripts ahead of the audience. I will say I loved her immediately though. She had spunk to her, she had attitude. Normally, I don't really like horror stories or scary movies but I thought it was be cool to be on the other end of the camera and see how things actually work. Maybe I wouldn't be so scared. That didn't actually work, but it was a nice theory!

What can you say about the finale and how this will all end for the Harmons?
Farmiga: I was creeped out by the ending, especially the last act. It's really, really twisted.

Is there any chance that Violet could stick around for Season 2?
Farmiga: If they have talked about that, I wasn't let in on the discussion. I have no idea. I wanna know. I'm dying to know. But no one tells me anything. I have nothing to share. It bums me out.

Fans of FX’s horror series have been debating for weeks now whether or not Violet (Taissa Farmiga) is dead or alive and last night’s episode finally revealed the truth: Violet actually died weeks ago after a pill overdose. Farmiga says it was tough reading that her character had perished. “I was sad because now she’s trapped there,” says the actress. “She can’t get away from it. Once she finds out all the secrets that are around, she’s not gonna be too happy.” That’s an understatement given that her boyfriend Tate (Evan Peters) not only impregnated her mother Vivien (Connie Britton) with potentially the anti-Christ but is also basically a serial killer. And you thought Edward and Bella had it bad. EW talked to Farmiga about the shocking twist and what this means for her character’s future on American Horror Story.

ENTERTAINMENT WEEKLY: Were you surprised to find out Violet was dead?
TAISSA FARMIGA: Honestly, I totally called it. The writers gave you little hints like she hasn’t been to school in two weeks. I was like, “Wait a minute — Is Violet dead? Is she dead?” I was asking people and they wouldn’t tell me and they weren’t allowed to tell me. As soon as I read the script, I screamed. I was like, “I knew it!”

What was that like to see your dead body?
It was a prosthetic they fitted my head. But that was creepy enough that it was supposed to be me. Before we even filmed it, I was freaking out because I was nervous to do this scene. It was just really emotional.

What’s this been like for you? It’s such a big twist for the character?
I wasn’t sure what to expect. You just kind of go with it. We’ve been getting these scripts last minute the entire season so you find out something big, you’re in shock for a second, but then you just go with it and shoot it and it’s all good.

Have you wrapped yet?
I officially got my series wrap last Saturday night. It was really sad. I thought I’d be really happy now I get to finally go home for a while. But as soon as I heard I was wrapped I was really sad. It’s so heartbreaking.

I’m assuming once Ben and Vivien find out Violet’s dead it’s emotional. Is that safe to say?
It is safe to say. At first, there’s disbelief especially with her dad. She’s trying to tell him and he won’t believe it.

So does Violet interact in these final episodes with like Hayden or Nora?
Violet never interacts with Hayden. I don’t even know if she knows that her father’s mistress is in the house. But Violet is a part of that big birthing scene.

Looking back, this was your first series and like your second acting job. How was this?
It’s been great. It’s been such a good experience. I feel like I learned so much just being on set and getting the first-hand experience of it and just working with everybody. I’ve had a really good time. I’ve loved it.

Everyone was pretty shocked when Tate was revealed as Rubberman. What was your response when you read that?
I was angry. I read it like five times over, that one little line, and I was like, “No! This cannot be happening!” I felt so bad for Violet. I just wanted to slap Tate. I wish there would have been a scene where Violet slapped Tate!

So what does this mean for you and season 2? Has Ryan Murphy or Brad Falchuk told you anything?
I wish I knew something. They keep me under wraps. I wish I could tell you something.
fansfunsz, lauraxoxo and 3 others like this 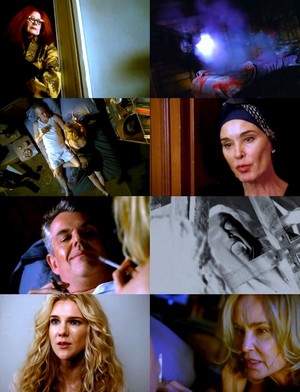 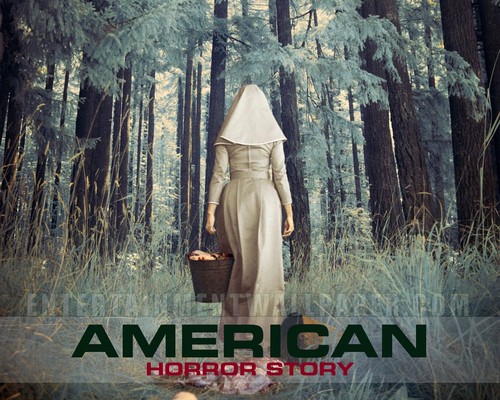 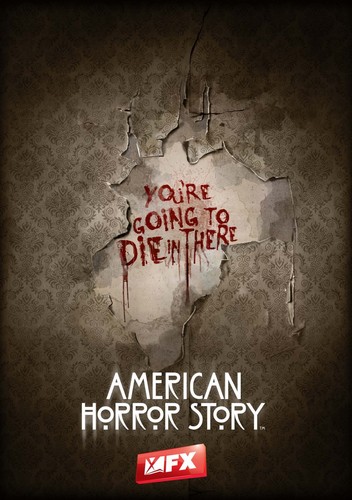 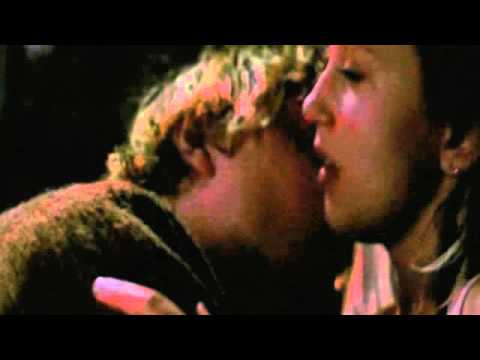 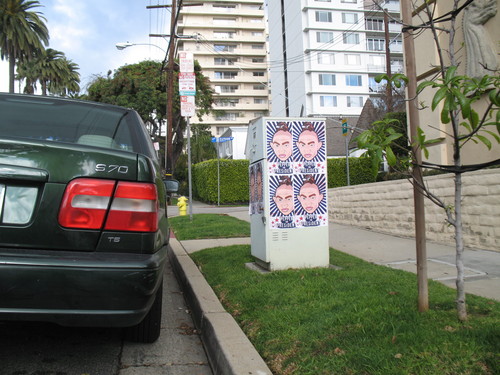 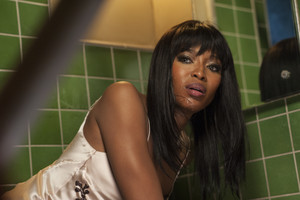 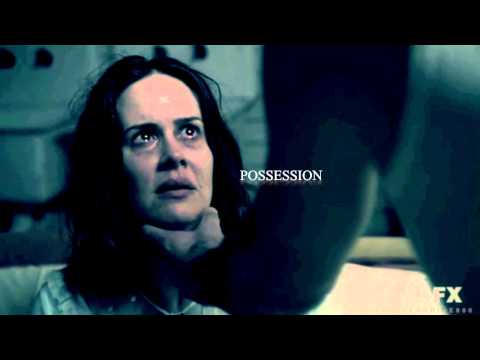 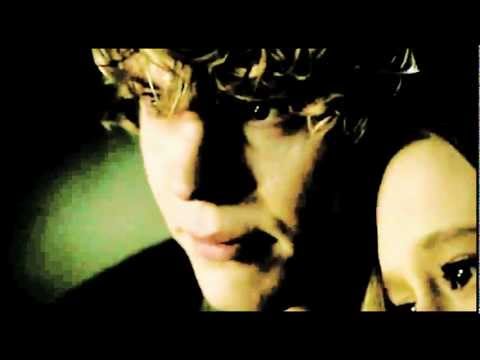 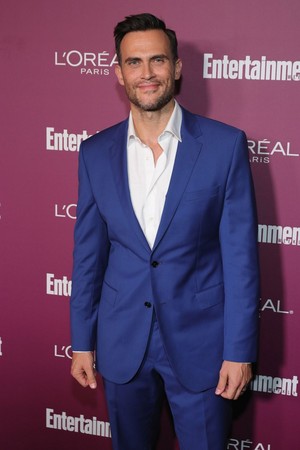 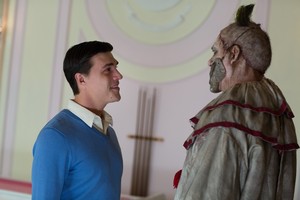 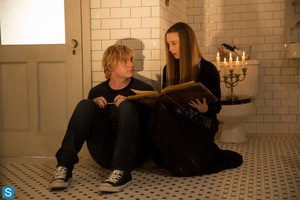