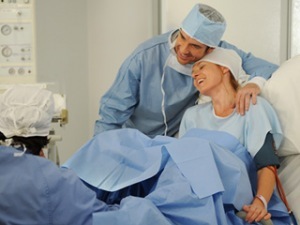 SPOILER ALERT IF YOU HAVEN’T WATCHED THE LATEST EPISODE OF AMERICAN HORROR STORY!!!!

The FX hit has been building to Vivien (Connie Britton) finally giving birth and boy did that NOT disappoint. “Birth” was arguably AHS‘ most intense hour to date and marked the death of Vivien Harmon. It also showcased a delicious bitch fight between Constance (Jessica Lange) and Chad (Zachary Quinto) as well as the demise of the love affair between Tate (Evan Peters) and Violet (Taissa Farmiga). Plus, we saw the infantata again…really close up!!! With only Dec. 21′s season finale left, EW talked to Ryan Murphy about the emotionally draining hour.

ENTERTAINMENT WEEKLY: So I talked to Connie and she said when you guys first met, you told her this character would die.
RYAN MURPHY: Yes. We’ve really had the whole season mapped out from the beginning. In the meetings with the core actors, the three leads being Connie, Dylan and Jessica, as we tried to snare them we were albe to say this is where you start, this is the middle, and this is where you end up. So, yes, I was able to tell Connie really the whole run of the series. I think it will be a lot of fun when the series comes out on DVDs. When you look back even on the first episode, things are set up really early on. The misleads and the misreads were all there from the beginning.

I love the final scene with her and Violet because it’s sort of weirdly happy. They’re both dead…but they’re together. Do you agree?
Yes. I thought it was a very lovely scene. I think when so many people when they think about the afterlife and spirituality and whether you believe in life after death or you don’t, I think if you do the fantasy is people pass on to a sense of peace and closure and you get to be reunited with the people that you loved. That for us was what that scene was about. I thought so many bad things purposefully happened to that famil so that particularly for Connie’s and Taissa’s characters I liked that their death were tragedies no doubt but they’re not alone or lonely like so many ghosts in that house.

During the birthing sequence, there are shots of Ben in the corner being terrified. What were those supposed to represent?
Yes. That was never in the script. That was something we cooked up when we shot that. We really wanted to show in that moment if you were a man who walked in and there suddenly is a 1920s gynecologist and somebody like Jessica Lange telling you that the house is helping you, I think he has to present to his wife a sense of confidence but I think those—we call them subliminal flashbacks—really show you what’s going on inside his head.

The labor sequence really evoked Rosemary’s Baby to me. Was that one of the inspirations?
It’s funny that you say that because we certainly have referenced Rosemary’s Baby and our love of it in the series, the obvious one is when eating the brains. No. When we were writing that there were two things we were trying to think about which were the real time events and the subconscious events like particularly from Ben’s point of view. But my reference points were more like this Julie Christie movie called Demon Seed, just in terms of the tone. And it was sort of very Nicholas Roeg to me.

Jennifer Salt who is one of our writers came up with the idea that I love of the corrupt birth flashing back to the birth of Violet and happier times so you could show when the couple were madly in love and fresh and starting out and then sort of at the end of their relationship.

I love the opening sequence with Thaddeus. I love seeing that lil’ dude again.
Don’t you love that shot where we hold on the infantata forever?!

So when Violet shut her eyes and said “Go Away” to Tate, does that mean he’s been banished from the house? Will he be back in the finale?
No he does come back in the finale and their relationship is played out in the finale. But for the most part that was the conclusion of the relationship. I love what Zach Qinto says to Taissa in the basement like people come up with spells and exorcisms and burning sage in a house. I’ve done that in a new house. They’re just rituals and things to make you feel safer and make you feel there is a logic and an order to the world.

I’m such a Bille Dean fan. Does she know that Tate is evil?
Yes. I think what we’re establishing with Billie Dean is a lot of people keep saying, Is she a fake? I think that she’s both. I do think there are people in the world that have that gift. So I think she’s both legitimate and she’s also a fraud because she does think the Kroatoan spell works when of course it doesn’t. I love how Sarah played it because she played it with such confidence that you believe her in everything that she’s saying.

“Birth” almost feels like the climax of the series to me. What can possibly happen next?
I don’t wanna say too much about it. It’s a longer episode for us. It’s sort of an extended version. The final episode was built around the Dylan dilemma: Your beloved wife and your daughter are dead and you know that and you personally feel responsible—what do you do? Do you go? Do you stay? Do you bring people in to help you contact them? We deal with what’s going to happen to this family. And then we deal of course with what happened to the baby? And what is Constance going to do. Constance is a survivor so how is she going to survive this chain of events. What is she going to do? Also, what’s going to happen to that house?

From the finale, will we know more about season two? Any clues?
I think so. I think that when people watch the finale next week that they will definitely have a sense of where the series is headed but if they don’t, I will be happy to tell them. Yes, I think people will have an idea.

Apparently the actual house is for sale. I think you may have both added to the asking price but also may have scared away buyers.
I don’t know. I mean, for me, it’s a weird thing. Like if you could really buy Collinwood from Dark Shadows, if that house was for sale, I would buy that house. I f***in’ love Dark Shadows. But we said that to the owners of the house when we first started shooting there which was “You are aware that if the show works and people like it this house will enter the lexicon of famous horror homes in America.” The interesting thing enough is that the house was also for sale when we shot the pilot.

Would you move into the Harmon house?
No. Too much bad s*** has gone on there. Well you know what, Tim? Never say never. I tell you what: I’d move Constance into one of those guest bedrooms. I’d bring Constance back into the house that she’s loved and coveted after all these years.

Will your first baby have a red crib?
How can I not [laughs]? I think the baby Anti-Christ thing is very funny too. Just because Billie Dean says that’s what it is, that doesn’t mean that’s what it is. You do see that baby quite heavily [in the finale]. I think the finale has, to me, the most shocking scene we’ve ever done. Every time I edit it, I literally have to cover my eyes. The finale really does have a couple shockers in it that I think people will love.
fansfunsz, lauraxoxo and 1 other like this
4
EW || 'American Horror Story': Ryan Murphy Interview on Piggy, Piggy
posted by laurik2007 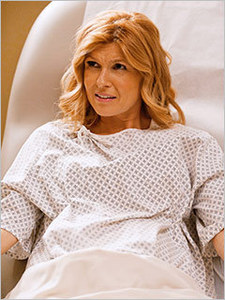 Tonight’s American Horror Story opened with one of the most disturbing sequences I’ve seen on TV: the mass shooting of the students of Westfield High by Tate (Evan Peters). Utterly haunting. Viewers also once again saw the hospital technician who fainted upon seeing Vivien’s ultrasound. Basically, it appears Vivien (Connie Britton) is pregnant with a demon baby. No big shocker there. And we saw a guest appearance by Modern Family‘s Eric Stonestreet who was plagued with paranoia...
continue reading... 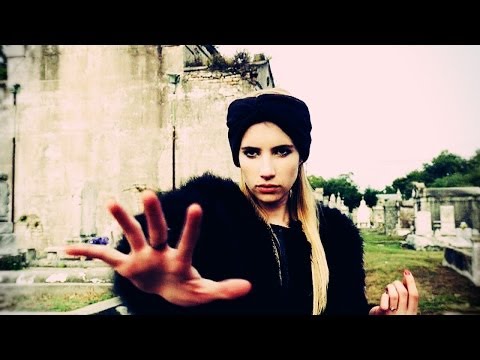 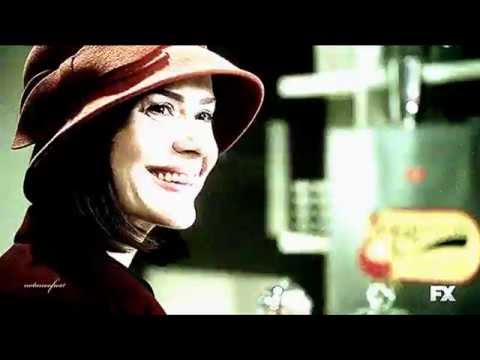 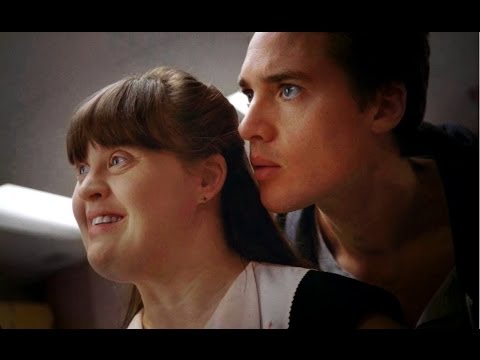 Nan & Luke | love me, but not as a friend
added by Slayerfest93
credit; The Blake Elite
video
american horror story coven
nan
luke 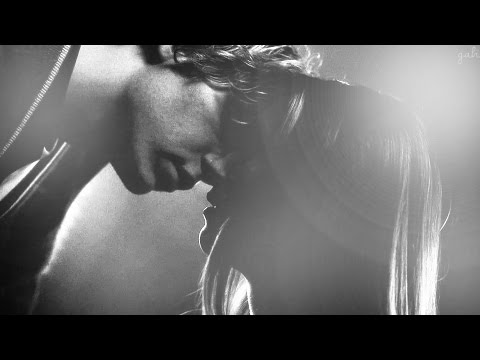 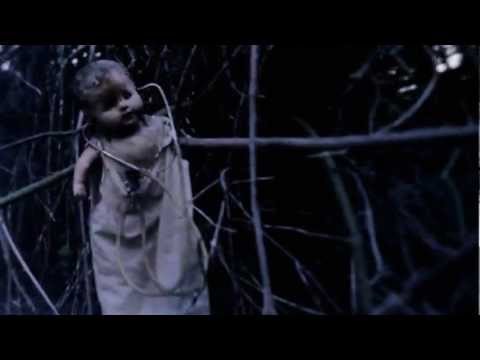 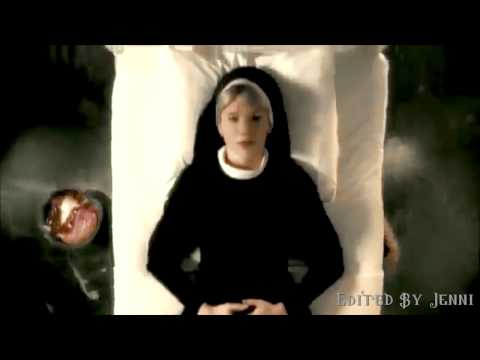 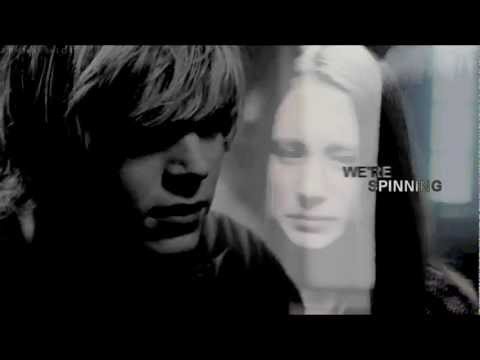 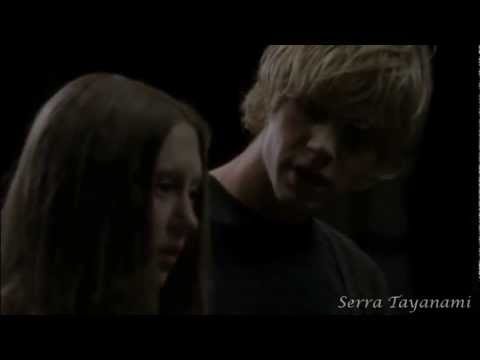 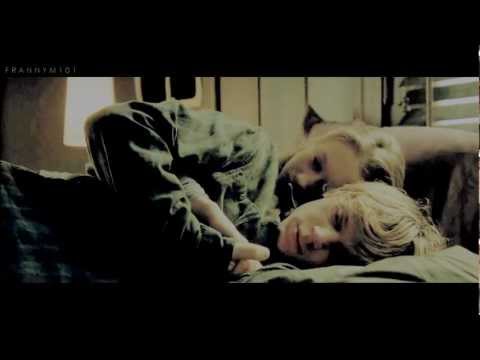 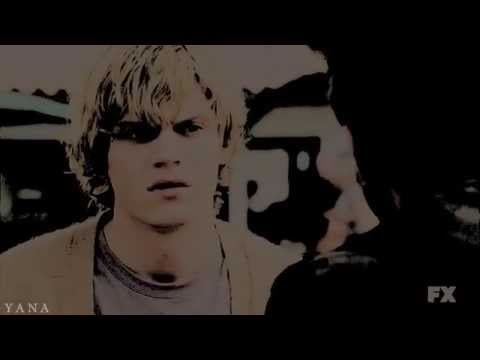 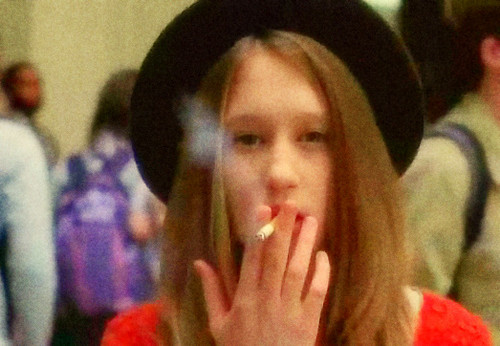