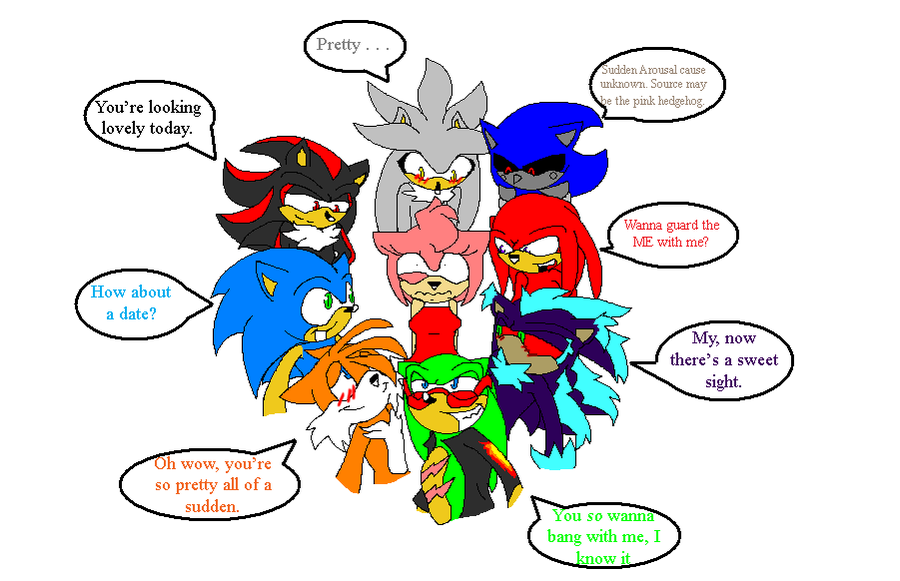 added by shadowxcreamftw
Source: Kotego of DA
this satisfies 8 different amy couples! :Dtailamy,scourgamy,metamy,knuxamy,silvamy,sonamy,and shadamy!!!!!!from the first down to the last couples i named is my ranking i give the couples of the pic.so i hate shadamy the most
fan art
amy
and
like
everybody
xd

Shadamy119, Silverfangurl13 and 7 others like this
shadowxcreamftw most people will probably like this pic!
sagapaga Poor Amy...
NS_Fan lolz
PhoenixRoyale XDDDD
HannahStickles8 Hahahahahaha.The best picture ever!!!!!
shadowxcreamftw no they don't and that doesn't matter anyway
shadowknuxgirl @katkat57 I'm with u, Shadow and Mephiles both hate Amy.
shadowxcreamftw no they don't
shadowknuxgirl Metal Sonic hates Amy too.
tailslover9 im suprised she didnt go to sonic for a date or for protection
mariofan14 HEY!!! What about-a ME?! I was the first guy to be a favorite for the whole world and people get to her?!?!?! NO F*CKING WAY!!! GET OVER HERE. AMY, AND I'LL TEACH YOU WHO'S THE REAL CENTER OF ATTENTION!!!
shadowknuxgirl I'm hate this pic cuz I HATE all Amy couples.
-AmyRose- LOL this pic is extremely pleasing ^.^ hahaaaa lol xx
Sharpey_Penguin @shadowknuxgirl : Actually, I kinda agree. Sonic is kinda better of single ... and ... perhaps Amy is too. They COULD get together, but it may be unlikely in the games, because young kids play Sonic The Hedgehog aswell, I guess. It could be another reason. Plus, Amy like "STALKS" Sonic. And he hates it, am I right? Sonsally is OLD. Gees. No offense. Sonadow...... never gonna happen. XDD But - I see the reason people like this couple - it's shocking and different ... and they are both opposites ... there's also a whole bunch of other reasons aswell. Though, I do not see them being together in the games, nor the comics or TV series ......... There's been a few couple - y moments here and there ... and I'm talking about the GAMES. Shadouge : In 'Sonic Rivals' ( I got the PSP version ) at the end Rouge wants to know their future. X3 Shadow says he doesn't want to know ...... if I remember correctly. X) Knuxouge : In 'Sonic Rivals 2' ( PSP ) Rouge calls Knuckles 'dashing' at the end. But she was joking, because right after, she grabbed the Master Emerald from him - ( or something .. yeah .. XD ) Sonamy : Geeeeees. There's been alot. Sonic saved her like a zillion times. Amy wants him to marry her, but he always refuses. .... there is probably more. XD Shadamy : Amy hugged Shadow before ...... but that probably doesn't mean anything much. XD Give me another few ideas. :3 ( If you want ) Sonouge : I dunno. XD HELP MEH! Silvaze : Uh. Well. Um. Help meeee?? XD I haven't REALLY played Sonic since I was eight. Now I'm just STARTING to get back on track again. :3 I THINK there's more ...... yeah ... there probably is more. X3
aly001 I love this pic!
ashthehedgehog haha amy,s needs help
scourge303  lol I feel bad for Amy see the green one is Scourge the one i named my self and he is a realy bad guy he is the evil sonic from a other dimension (old sonic comics) and would never fall in love with Amy. and mephiles in his super form and what the hell is Metel sonic doing in there is he brocken and Tails is way to young for Amy and knuckles go guard master emerald now Shadow,Silver, and Sonic i can stand but i like ShadAmy the most!
amy36y amy is ganna pick sonic for a date right? so why do the other bother asking and making her angy?
amysonic41 whats going on?
lili11p lol! thats rly funny!
jeeenafern stick me in dere with amy XD
nyancat111 1st, is shadow drunk. 2nd, 0 ______________ 0 guard the me with with me... what
bunnytears Silvamy and Shadourge :D
fayon101 I think it was shadow who took it easily and calmly on describing amy 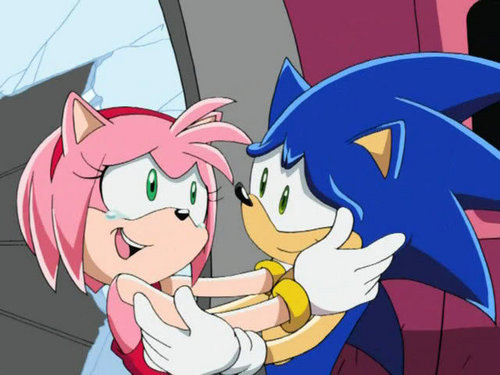 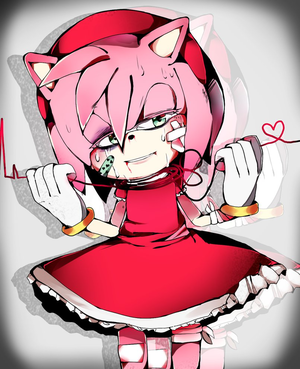 8
Love hurts too much
added by Bluu-Metal-Star 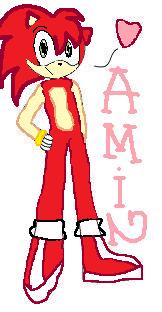 Male Amy rose
added by shadowsis98
Source: my self 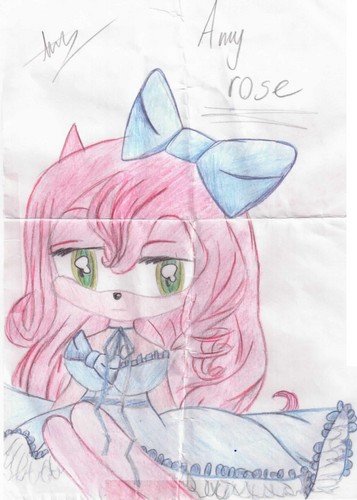 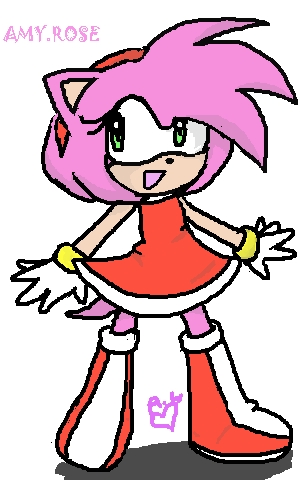 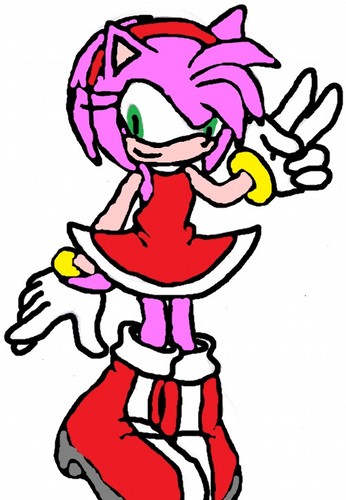 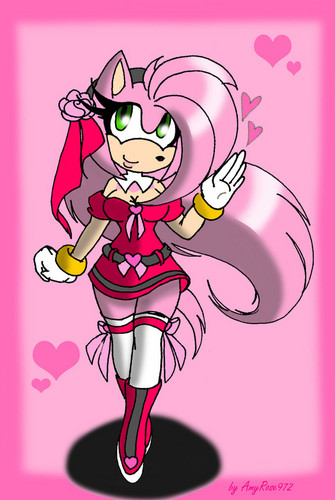 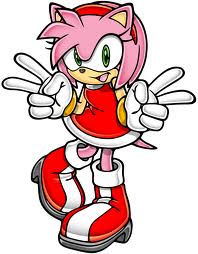 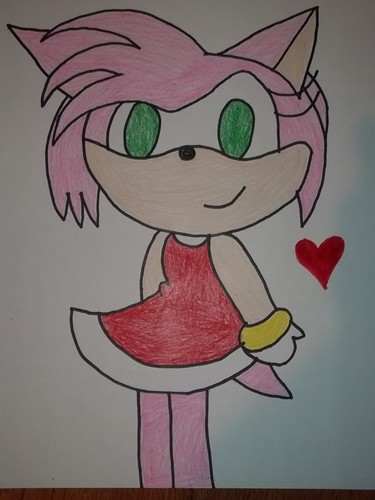 2
ant she pritty
added by shadamylover147 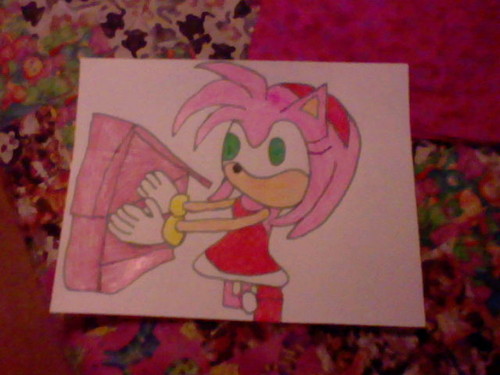 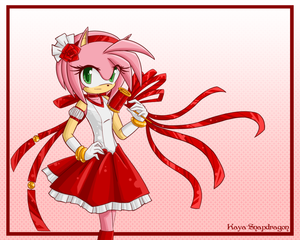 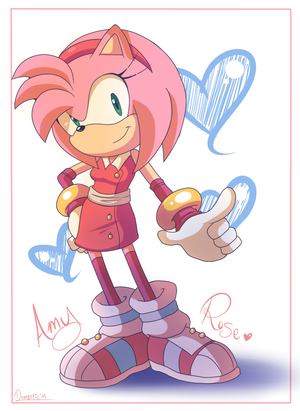 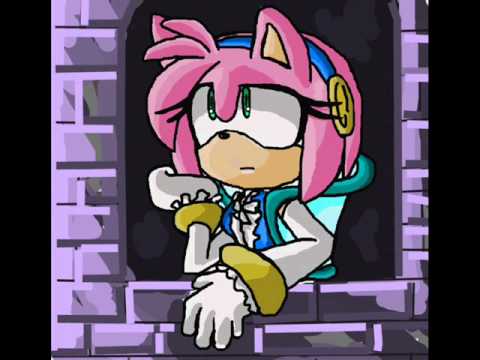 I need a hero
added by LorMel
video 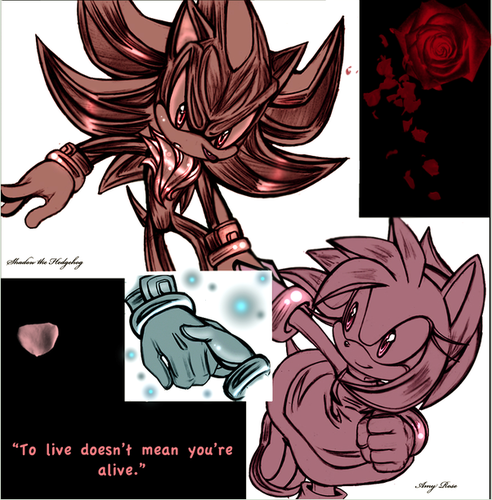 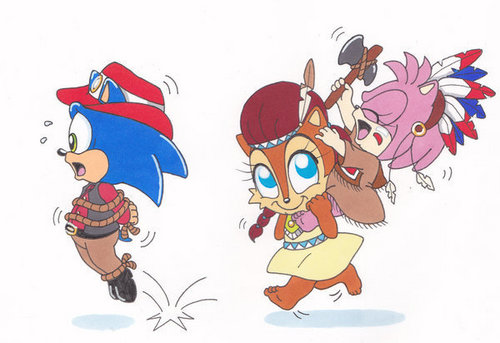 6
Cowboys and Indians
added by Julie-Su2015
Source: by *AzumiAngel on Deviant Art
Aww look what i found
posted by love5
so i was looking through all of my wordpad documents and found this story from my 9 year old sis :] i think its ok but not the best


Amy has a sister?!?!
Amy and her friends were sitting down at her house talking about robotnik until...."Hey you guys.what do you think its like having a little sister you know for once?"
Soon the others starting cracking up they thought how could Amy ask such a pathetic question?Well except sonic he was the only one who knew about having a sister but she was older than him.Soon sonic said
"Amy i think i can answer you question"Every one looked at sonic and had let...
continue reading...
More Cards
1234567891011