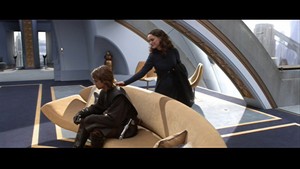 Padmé warmly greets Anakin as she walks into the sitting room of their apartment
Padmé walked back into her apartment she had been sitting outside on her private veranda for the past hour, reflecting on all the events that had unfolded in the last few days.

She knew that her future with Anakin was going to be difficult but she had faith that their strong love would get them through anything.

As she was getting nearer to the sitting room she took off her black lace shawl that she had draped around her shoulders and folded it in her arms.

She was wearing a lace pale navy blue dress with embroidered jewels on it.

Her dark coiled brown hair was pulled up into two intricate buns high on her head a few inches above her ears. The rest she wore cascading down past her shoulders and back in elegant sweeping curls.

When she reached the entrance to the sitting room Padmé saw that Anakin was sitting on the right hand sofa he had a filmsiplast portable screen in his mechanical hand.

His head was down deep in his own thoughts as he always seemed to be lately. What could be troubling him now? Padmé thought.

She then took a deep breath and walked into the sitting room.

So as not to show that she was thinking too seriously Padmé cleared her throat softly.

As soon as she made her presence known Anakin's head and mechanical hand both came up.

He looked at her and asked coldly "Obi-Wan's been here hasn't he?"

A bit taken aback with his question but still she didn't allow herself to be affected by his cold demeanor.

Padmé took a breath and said calmly "Yes Ani he came by this morning."

She walked by the sofa and ran her hand along the back of it and across his neck, worriedly noticed when she did this that his neck muscles were quite tense it was as if he expected them to get into a physical fight.

She shook off this concern at once. It's the stress he's been under there's no reason to get upset. Padmé then went into their bedroom her husband followed her.

He walked behind her briskly, almost angrily she felt.

Anakin then snapped at her curtly "What did Obi-Wan want?"

Padmé sighed quietly and said concernedly "He's been very worried about you,he says you've been under a lot of stress since you've got back form the war." She said this as she folded her shawl and and laid it at the foot of their bed.

After a second Anakin said disparagingly "I feel so lost."

She asked worriedly"Lost, Ani what do you mean by lost?"

Anakin replied bitterly"Obi-Wan and the Council don't trust me anymore they think I am a traitor because I am the Chancellor's Representative".

Padmé shook her head and said reassuringly "Anakin that can't be so, they trust you with their very lives."

He turned his gaze towards their vast bedroom window and looked out onto the city scape for a few minutes.

Anakin then turned his eyes onto her once again and replied ominously "Somethings happening I'm not the Jedi I should be, I want more... but I know I shouldn't."

She went to him and laid a hand on his shoulder making him look at her.

As soon as his eyes were on her, Padmé said comfortingly "Oh my Anakin you expect far too much of yourself, you must learn to trust your abilities."

As through he hadn't heard her words Anakin put his arms around her extended waist.

He gathered her to his chest and stroked her bulging middle softly for a few minutes.

Taking a deep breath he said distantly "I found a way to save you."

Padmé looked at him and replied confusingly "Save me, Anakin what are you talking about, I'm not in any danger."

Anakin said fearfully "Yes you are, from my nightmares."

She replied warmly "Oh Ani, is that what's been troubling you?"

Anakin then took her face between his hands and said passionately "I won't lose you Padmé I won't, I love you too much and you mean more to me than anything else in this galaxy for me to let anything happen to you."

She gently took Anakin's hands off of her face and held them in her own.

Padmé then replied reassuringly"I'm not going to die in childbirth Ani, I promise you, nothing bad will happen to me."

He said determinedly "No I promise you, my angel." Anakin then kissed her intensely for a few moments.

After their kiss Padmé rested her head against his chest for a moment.

She then lifted her head up and asked him hopefully "Tell me do you have time for us to spend together tonight before you go to another one of Palapatine's meetings?"

Padmé asked him this because the discussion they just had had left her afraid and uncertain of their future.

She was terrified that they were drifting apart. I must show him that he doesn't need to worry about me that I'm all right and I just want him to love me. He has to know that all I need is his love. Padmé thought with resolution.

He still hadn't answered her question and once again that evening he seemed to be somewhere else as his eyes were distant.

Padmé wrapped her arms around his waist which snapped him out of his reverie and back to her as his blue eyes focused on her face.

Anakin smiled down at her his once distant eyes were now filled love and passion.

He then replied huskily "Yes Padmé I do have some time before my next engagement."

As soon as Anakin finished his sentence he kissed her and pushed her gently back onto their bed. He then carefully lifted her up so that she was on his lap.

Anakin then kissed her on the cheek, then on her neck and finally on her lips.

In that moment Padmé let all of her worries go.

She then put a finger to his lips and said teasingly "Well Ani you don't seem that stressed I mean if you can kiss me like that you must not have that much on your mind."

Padmé then laughed for a few seconds.

Anakin smiled with more happiness on his face than she had seen in quite some time.

He then said passionately " Well I'm always less stressed when I kiss you, especially when we can kiss for longer than a few minutes, do you care to oblige me?"

She then wrapped her arms around his neck tightly and leaned into him and continued to kiss her husband with loving passion.

As they kissed Padmé still felt a twinge of fear for their life together and that of their unborn child.

Through as her mind was brought back to her Anakin kissing her she felt that fear lift and gave herself to one of the rare times she could be with her Anakin and their love.

As she felt the pure joy of Anakin's kissing the extent of which she hadn't felt since the first few weeks of their marriage Padmé thought happily to herself We aren't drifting apart at all if anything we are more close now then we have ever been.

In between their kissing Padmé whispered to Anakin breathlessly "I love you Ani,so much."

Anakin whispered back to her equally breathless "I love you Padmé more than you'll ever know."

No more need be said as Padmé gave herself to the glorious moment and to her loving husbands embrace. 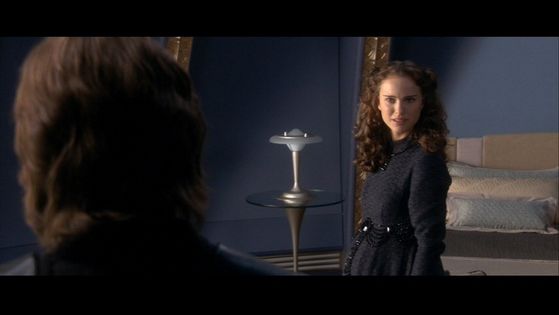 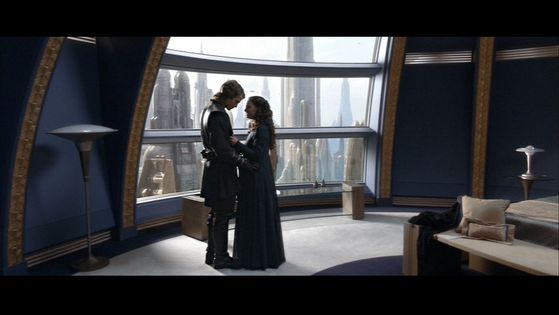 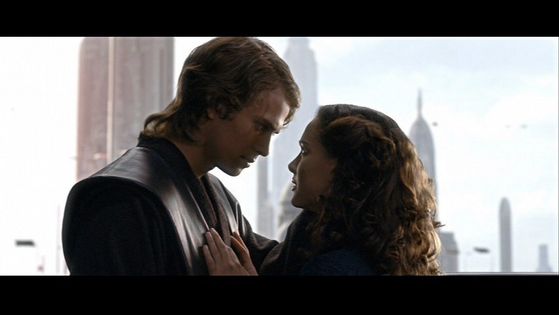 Padmé ressures Anakin that nothing bad will happen to her 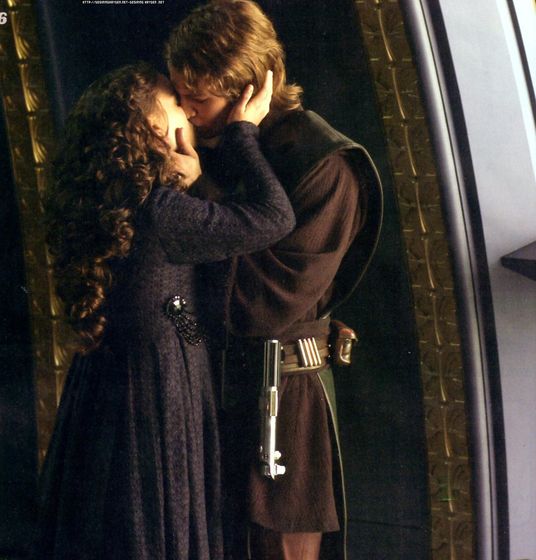 After their talk Padmé kisses her husband passionately hoping to wipe away all of his conerns
HollyEddy, allcallie and 6 others like this
lilyZ This one is great too!!!
XNaley_JamesX I'm loving these! Are you gonna write some more?
jedigal1990 your writting is amazing this was excellent great job
GalindaGirl Ah-ha! Another awesome job. Please write more. I love it, it's so good. I love seeing Padme' point of view on all of this, as I said in your other part I'm writing a SW Fan Fic book with characters allot like Anakin and Padme' and so this helps. Although my Padme' if diffrent and such a clutz. Like me. Anyway, awesome job. I hope you write more. You give me insperation by the way.
HollyEddy Amazing rendition of the film scene. Great to see the fan fic, dialogue and screen cap combo. Please keep posting! 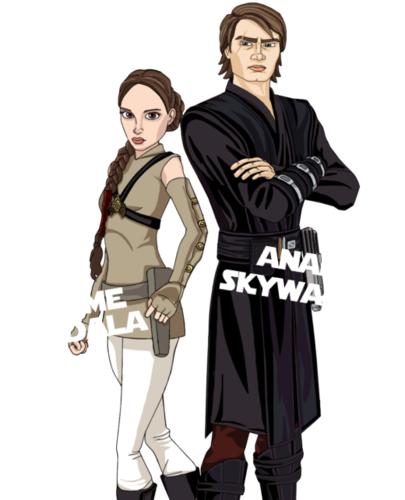 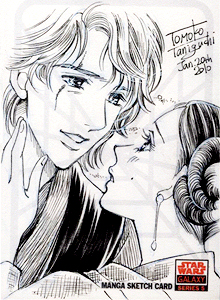 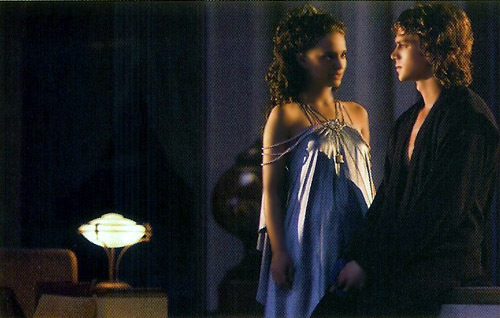 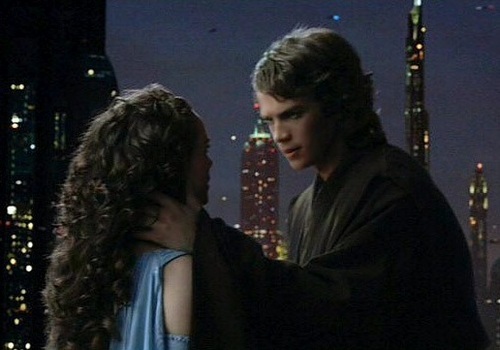 1
Anakin and Padme
added by peteandco

2
Anakin and Padme
added by peteandco 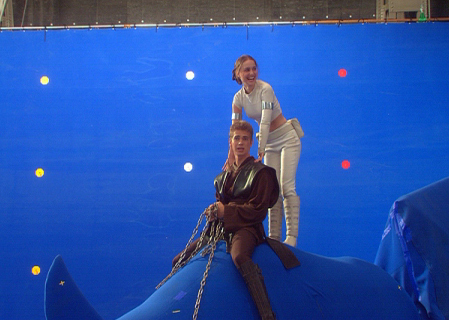 1
Anakin and Padme
added by peteandco 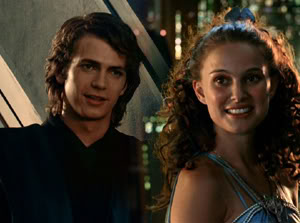 Anakin and Padmé
added by Tigu701 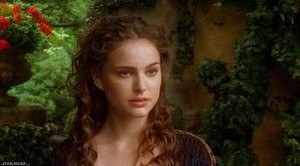 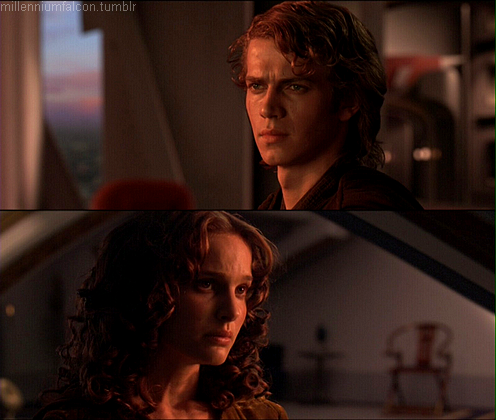 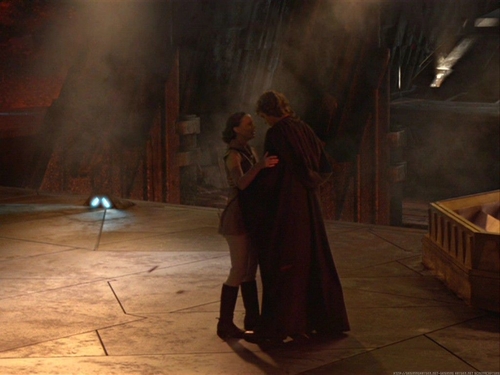 Anakin and Padme
added by peteandco 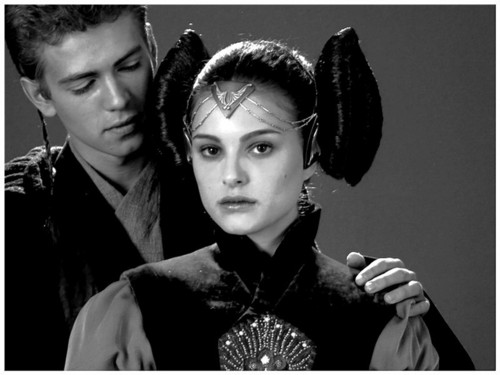 1
Anakin and Padme
added by peteandco
Source: me 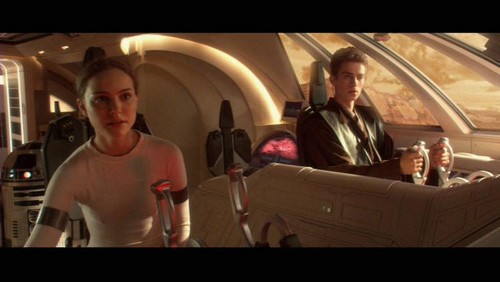 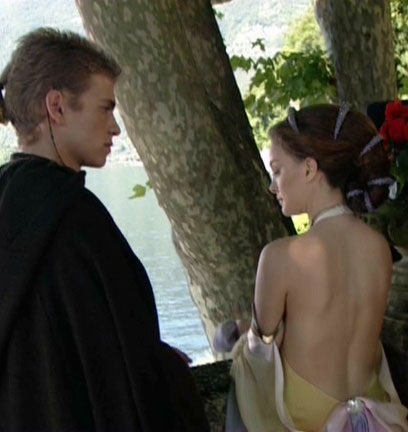 2
Anakin and Padme
added by peteandco

4
anakin and padme
added by HermioneRon343 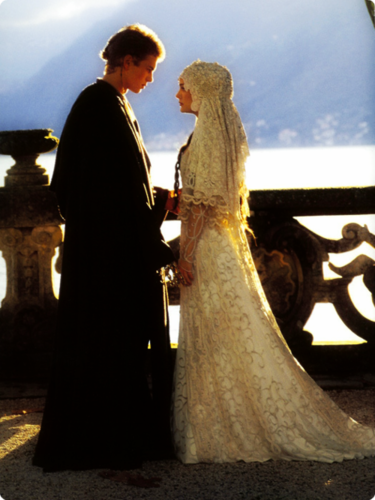