What's With The Inconsistency With the Warner's Markings
posted by NekoHitoshima

Yakko Warner
Besides the inconsistencies with the white markings or lack of them on the Warner's hands, there are quite a few other inconsistencies with their markings. For example, in one panel on page 4 in the Animaniacs comic "Re-Animaniacs!", Yakko's chest is white. In the last panel on page 8 in the same comic, Yakko's tail is white, which may make people think the tip of his tail is actually white. This would then imply that Yakko actually painted the tip of his tail all this time.

In the Animaniacs episode "Space Probed," Wakko's chest and belly are shown to be white. Sometimes, Dot looks like she has a white belly because herunderwear was left white instead of the standard light pink.Also,the white on each of the three Warner's feet that is supposed to end at their ankles is sometimes shown to end at their knees or in between their knees and ankles. In Wakko's Wish, the Warner's father looks like he has a white chest, belly, and white on the ventral side of his neck. 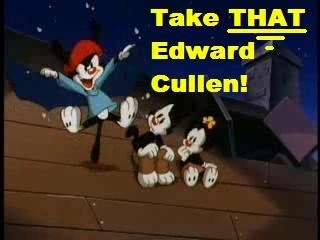 Yakko, Wakko, and Dot Warner; copyright ~RonaldtheFox on deviantART
fishypup likes this
ToshioTenma These are animation errors or comic book panel errors. It's not common to happen, really. 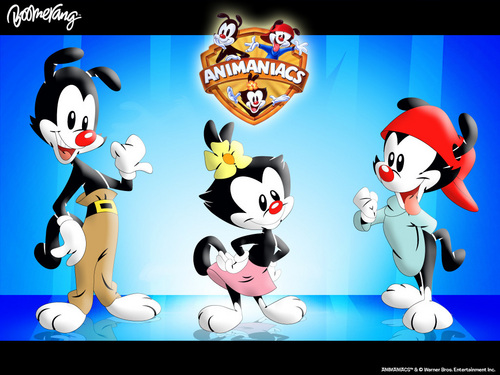 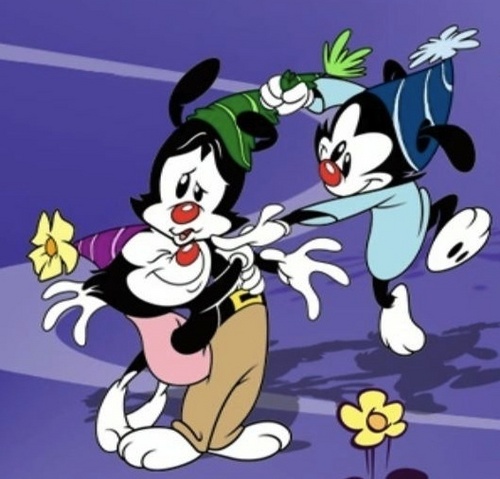 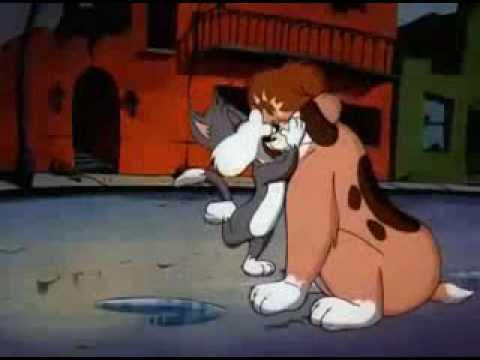 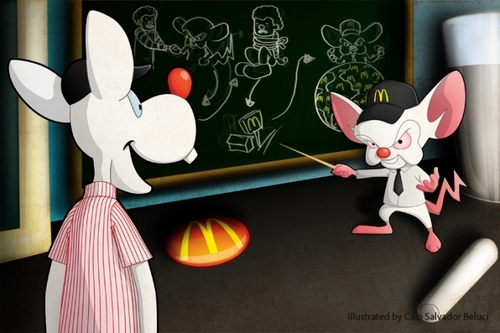 2
pinky and the brain
added by ekimflow
Source: google
The Roadrunner
posted by Seanthehedgehog
The following was requested by Aldrine2016

Yakko, Wakko, and Dot found themselves walking along a desert road.

Yakko: I wonder what the animators have in line for us this time.
Wakko: When do we eat?
Roadrunner: Meep meep! *Runs past*
Wile E. Coyote: *Chasing Roadrunner, but runs out of breath, and stops next to Yakko, Wakko, and Dot*
Yakko: Looks like somebody didn't drink enough water.
Wile E. Coyote: Who are you three?
Yakko & Wakko: We're the Warner Brothers.
Dot: And the Warner sister.
Yakko: I'm Yakko.
Wakko: I'm Wakko.
Dot: And I'm Dot.
Wile E. Coyote: I have never seen you around these parts...
continue reading... 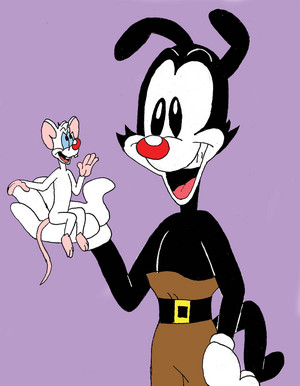 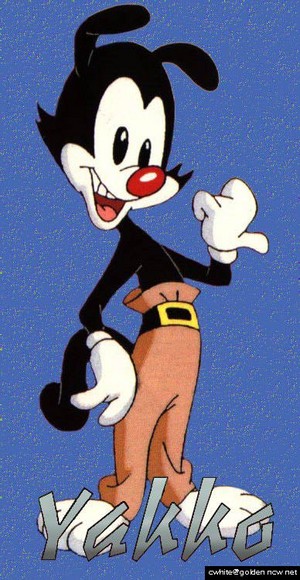 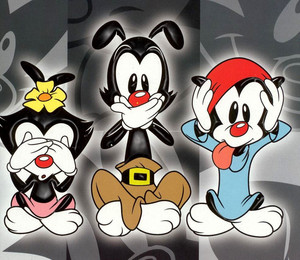 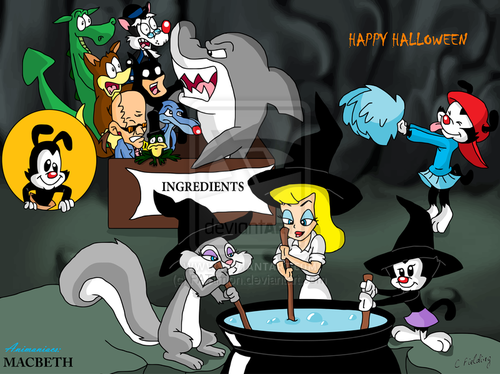 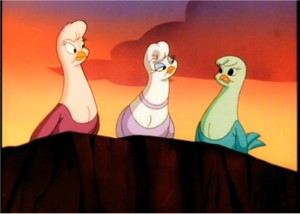 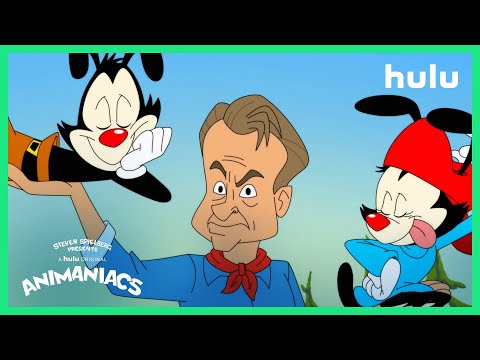 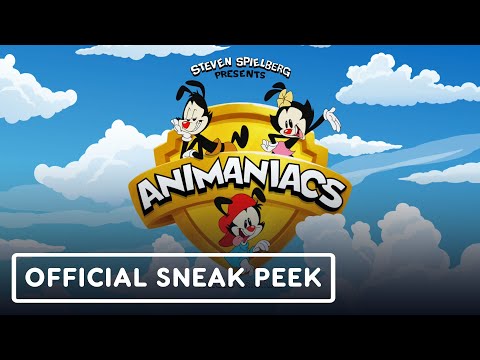 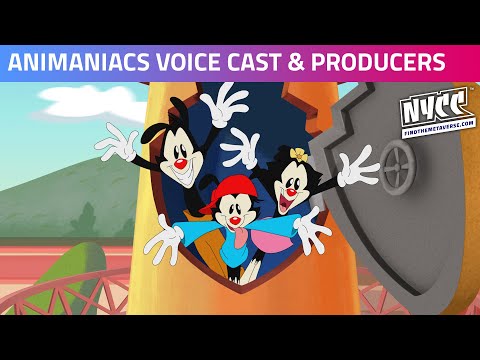 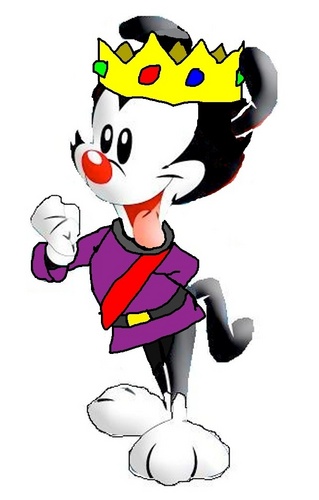 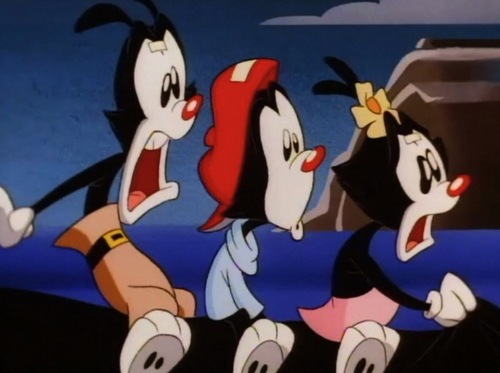 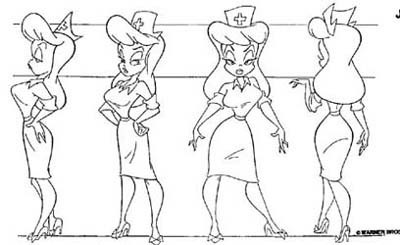 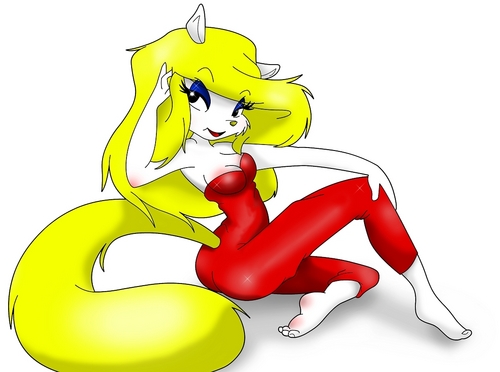 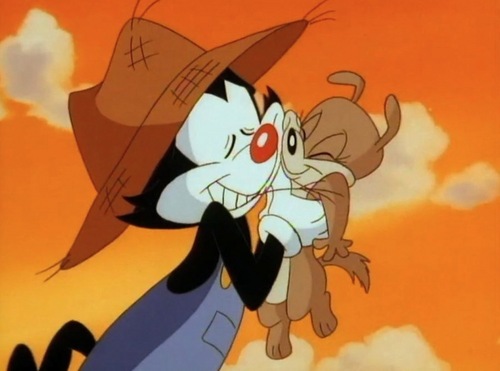