8
Guinevere, the strongest character on Merlin
posted by Melisey 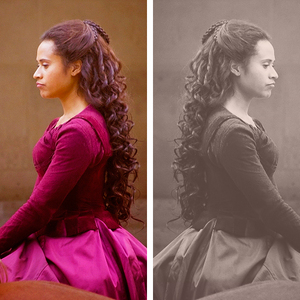 Image credit: team-angel-coulby
So I got this message from someone called Merthurismycanon who said Guinevere was weak, too dependent on others and had lived a sheltered life. Of course me being me, I had to answer. I am copying it from my blog and I saw that I misspelled some words and stuff when I wrote it in a hurry. I am too lazy to correct it.

This is my answer:

Yes, I think Gwen is strong and I have many reasons to why I think so. I think she is the strongest character on the show. And I think it is a fact that she is strong, not just an opinion.

You say she depends too much on others. That is not true. Gwen has worked hard her whole life. That is why she had the hands of a servant girl. When her father was murdered. Guinevere lived all by herself. Her brother was not in the picture. She was an independent young girl, earning her own living.

When Guinevere was banished by Arthur, because he thought she betrayed him. No one really came through for her. Not her own brother, not even Merlin. She packed her things and left all alone, and she survived on her own.

Guinevere was the woman who claimed the right to fight for Merlin’s village. She stood strong and at first alone in her demand. After she had spoken, the rest of the women supported her.

She has covered up for Morgana with Mordred, knowing she would have more to lose than Morgana ever would.

Guinevere stood alone while speaking against Uther or Arthur, who are royalty.

Do you really honestly think she has lived a sheltered life?

Gwen has been banished, sentenced to death, kidnapped, lost loved ones, lost her freedom, been slapped across the face, let down by her brother and her friends, worked hard, treated bad and disrespectful. Yet she looks at life with hope, and she has the strength to put a smile brighter that sunshine on her face.

She was treated horrible by Uther. Far worse than Morgana ever was. He slapped her, degraded her, killed her father, sentenced her to death. But still for the love of Arthur she had the strength to take care of a that man.

Guinevere doesn’t believe in revenge and she stayed true to her principals even after all that Uther had done to her.

Guinevere is strong. She stands up for what she believes in, even if she has to stand alone. She holds her head high while she is rejected or looked down upon. She stands and faces her fear. Gwen has risked her own safety to protect others.

When Arthur has told her he couldn’t be with her, Gwen did not beg him to take her back. She held her head high and showed more dignity than many others would.

And after all that she has been trough, she holds her head and spirit high. She never gives up on who she is and what she stands for. She knows that we always have a choice in how we want to live our life. She is not only preaching it, she is living it.

And Angel Coulby is far from mediocre. Her talent blows me away. She puts so much depth, emotions and grace into Guinevere. It is incredible to watch. She says more with her eyes than any other actress on the show. She is the only Guinevere for me and she always will be.
portiaadjei123, thefairyqueen and 6 others like this
Melisey And I have to say all day long I have gotten support messages on tumblr from a lot of people. Gwen has a lot of people supporting her and loving her character. I am proud to be a Guinevere fan!
EPaws Guinevere has a very, very strong retinue and they are smart people that is the consistent pattern I see. Her fanbase is HUGE, and it will only get larger. Having said that, the image you chose for your dissertation, your exquisitely phrased missive, is so on point, but the image was the one I saw in my head from earlier. Imagine my joy when I saw it. You girl are classy. I will always say that because you are.
Melisey Thank you Stacey! You are a sweetheart :) I thought that image would be fitting! I love that you thought of it too. Great minds think alike! :) Her fanbase really is huge and so many came to her defense today. I loved that and it still makes me smile.
arwentko1 So totally agree Melisey. This is so on point. Gwen is very strong. She could have become a revengeful and hateful person blaiming everyone for what happened to her throughout her life but she did not. Instead she learned from it and and became a better and stronger person because of it.
guen_evere Still don't know HOW people can think she is WEAK...
Bonne-Bell I whole heartedly agree with this, Melly. Nothing more to add. @guen_evere: Some people seem to think that the only way to be strong or to be a good character, period, is to act in a traditionally masculine way. This attitude prevades in all areas of society and in fandom culture. Even many people who claim to be feminists hold these notions. When a female character has characteristics that are traditionally given to male characters such as being a good sword fighter, they are automatically labelled as strong and no attention is paid to whether or not that character has inner strength, if they are capable of enduring hardships without breaking down, if they can care for themselves without help from others, all that matters is that they know how to fight. On the other hand, traditional female characters are automatically labelled as weak, insipid or bad characters, simply because they like things that are typically associated with femininity. People who do this don't seem to realize that this way of thinking is actually very mysoginistic and sexist. They are basically saying that everything associated with men is better than everything associated with women and that masculininity is some kind of ideal that all people should aspire to. And these very ideas are what have been used to oppress women in all areas of the world for centuries.
Nasty_Nat Preach sista, preach.
HumbleQueen Melly, YOU GO GIRL. I won't even dare try to add to that beautiful tribute. @ Bonnie, I totally agree and people do not often realize the strength of a woman. Even great men more often than not were so because of the strength of a good woman behind him. We often joke in my family that if our husbands had to handle the things in life and multi task while doing so, that we women do, they'd never be able to do it. Even my husband admits we're made of the really tough stuff. The stuff that keeps it going. And it follows this line of thought that widows make out better alone than widowers do.
LadyLoraine I love your answer, Melisey. It´s so true, Guinevere is SO strong with inner strength and she will be an amazing, gorgeous queen because of all the facts (!!!) you described so well. She´s my favourite character out of the series and will ever be. Some Merthur fans really try to distort the truth. But we know better.
Melisey Thank you and yes these are facts that prove her strength. :) May and Nanna I completely agree with you about the fact that "feminists" can sometimes be sexists. They disregard everything that is seen as feminine, in favour of all that is masculine. I long for the day when femininity and masculinity have equal value. I will always favour inner strength. Because at the end of the day it is more important. Though I have a soft spot for strong men like Arthur. :)
6
Fire - Part 49
posted by kbrand5333
Part 48: link


”One more match. Tournament will be over.”
I feel so awkward around her this morning. My heart is pounding. Surely I’m not nervous about the tournament. Is it… is it her?
“You can go back to being Prince Arthur.”
Yes, I suppose so. Do I want to, though? She seems… shy this morning. Oh. She’s coming closer.
“Um… I thought you might wear it… for luck.”
Is she granting me a favor? Oh. Oh, my. She is. Wow.
“Thank...
continue reading...
2
Merlin 4.04 Positives of the Fanservice Episode
posted by EPaws 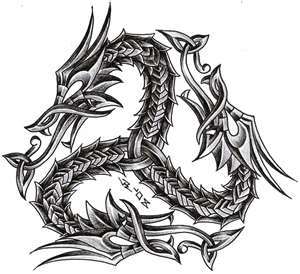 •James Callis and I wish there had been more of him.
•Cinematography was phenomenal

•Kilgharrah has family and adorable family too.

•The Druids make an appearance and I love them.

•The introduction of the Treiskelion (Celtic Symbol) it is about forward motion (mankind’s that is). It is a dynamic symbol of growth, progression, war before tranquility…back to the darkest hour theme.

It is also the ancient symbol of the Trinity lolol. If you interpret it spiritually: the Father, the Son and the Holy Spirit. If you do so symbolically: Love, Intellect, Power.

There is a holy Trinity in...
continue reading...
5
Arthur & Gwen The Once and Future Queen quotes
posted by MISAforever 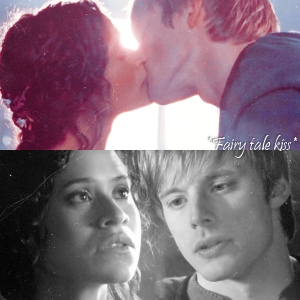 *The Once and Future Queen*

Gwen: Why are you doing this?
Arthur: I fear that people respect me just because of my title.
Gwen: I don't believe that's true of everyone.
Arthur: Would you tell me if it were?
Gwen: No.
Arthur: When I'm competing as William, my title doesn't matter, nobody gives me any special treatment. So, when I win this tournament, if I win this tournament, it will be because I deserve it. Not because I am Prince Arthur
Arthur: I think I'll take a bath.
Gwen: That might be difficult, seeing as I don't have a bath tub.
Arthur: Really? Perhaps you could prepare me a bowl of hot water....
continue reading... 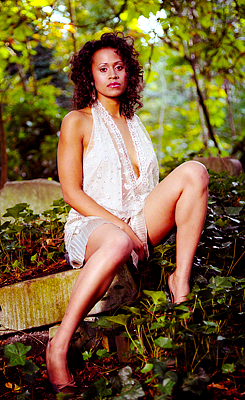 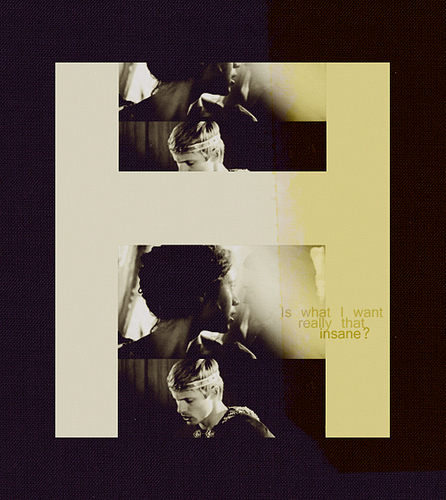 1
"people should marry for love"
added by nsk
Source: tumblr 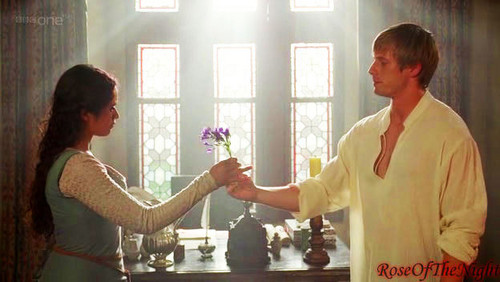 5
hugging, giving flowers, kissing what do we need more?
added by RosalynCabenson
Source: me

3
This Gif Was All the Rage on Tumblr Today...
added by EPaws 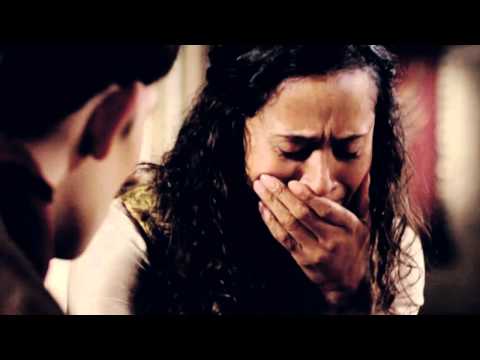 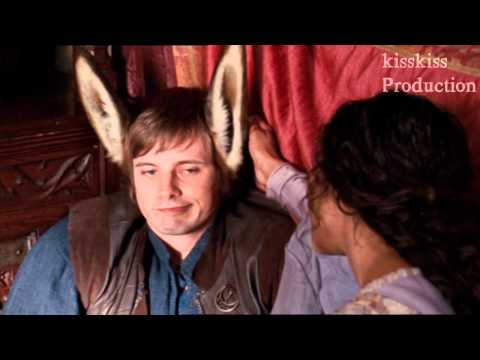 Arthur & Gwen: Somewhere in my Past (AU)
added by DarknessToLight
What if Arthur and Gwen were enchanted so they'd forget each other, and the feelings they have? What will happen when they accidentally meet? Will their feelings for each other break the enchantment placed upon them?
video
arthur
gwen
fanvid
series 2 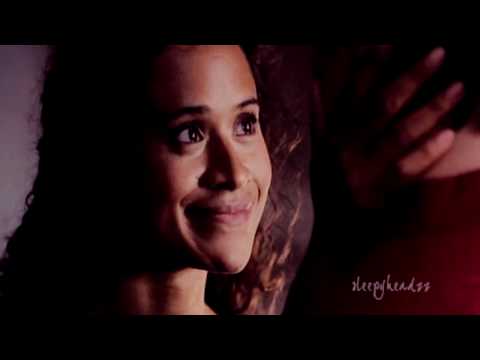 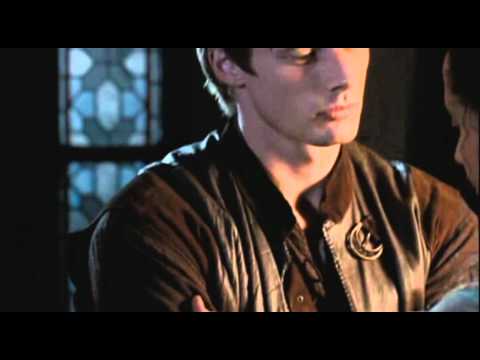 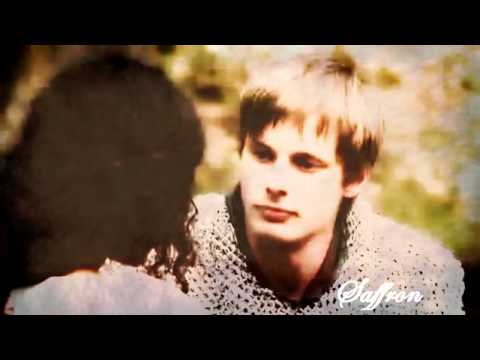 4
Arthur and Gwen//Love in the Time of Dragons
added by Roseandpetals
Not mine. Can't help it. I had to post this fanvid, its incredible, this person is really good at video editing. LOVE IT!
video
arthur
guinevere
gwen
merlin
angel coulby
bradley james
bbc
love
romance 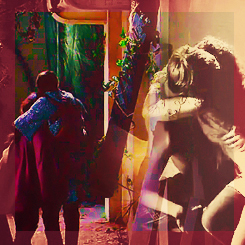 Here without you
added by MISAforever
Source: me 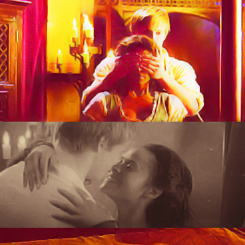 1
Here without you
added by MISAforever
Source: me 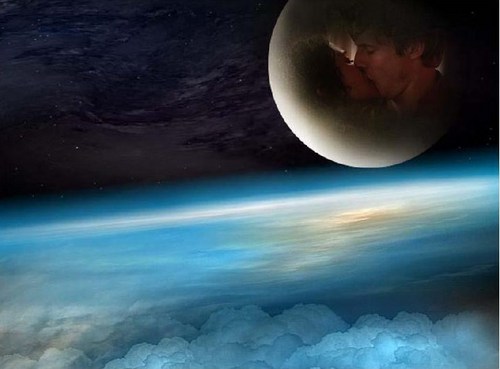 2
Arthur/Gwen: The Coming of Arthur Part II ♥
added by VampyreFey
Source: Me ;) 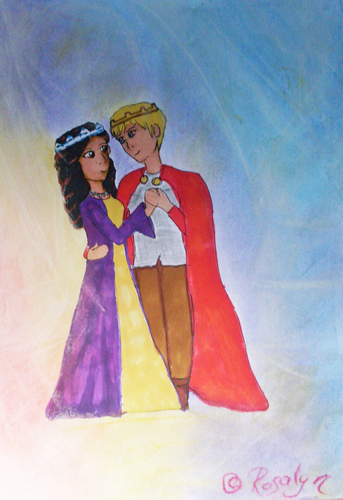