2
Fic: A Night of Passion + Booze = A Baby
posted by ellarose88
Title: A Night of Passion + Booze = A Baby
Author: ella-rose88
Word Count: 493
Rating: PG. light M (mention of sexual relations)
Characters/Pairings: Arthur & Gwen.
Spoilers/Warnings: Modern/AU fic.
Disclaimer: I do not own Merlin, it belongs to BBC and Shine. If I did it would have ended very differently and A/G would have had 3 children!
Summary: A surprise is in store for Arthur and Gwen...
A/N: This was written as part of the link over at link. The prompt was: Arthur/Guinevere and stupidity from 2sam11.

As always, comments and feedback are greatly encouraged and appreciated!

God, I can’t believe this is happening!

Gwen thinks as they both wait for the count down on the timer. Arthur’s sitting on the edge of the bathtub, his elbow resting on his knee, his hand fisted under his chin. While Gwen is busy anxiously pacing up and down in the small bath room, which feels smaller now, as if it is closing in on her.

Okay maybe it’s not that much of a surprise; considering the amount of times we have sex. But still!

Usually Gwen was very particular and cautious when it came to contraception, not only was she on the pill, but they also used condoms. But one night, it was Arthur’s half-sister Morgana’s 26th Birthday and Gwen was elated that she could finally have a fun night out after battling a bad infection for the past two weeks. She was a kindergarten teacher, so illness was very frequent to her.

Of course, it being Morgana’s birthday, they partied hard, danced up a storm and things got very heated and passionate between many couples, especially Arthur and Gwen. So much so that she forgot that taking antibiotics reduces the effectiveness of the pill.

Arthur head snaps up, as he looks across to Gwen, the timer having gone off. Though Gwen sees anxiety in his eyes, she also notices something else -- something almost along the lines of excitement. Sure, they had only been seriously dating for 10 months -- though if Gwen was honest with herself she had been in love with Arthur since she was 14 -- so surely it was too soon to add a baby to the mix. Wasn’t it?

Time seems to stand still as she stares at the stick, too nervous to pick it up. She is too busy, her mind running a thousand circles that she doesn’t notice that Arthur has jumped up from his position to wrap his arms around her in a soothing, yet surprisingly encouraging embrace.

“Whatever that stick says, Guinevere, know that I love you very much and you’ve made me so very happy. And if you’re pregnant, know that I’ll be happy with whatever you decide.” She hears him whisper to her reassuringly, giving her the strength to finally pick the pregnancy test up and turn it over.

“Well,” is all Gwen can get out as she sees the positive sign staring back at her. She’s shocked. Yes, she always wanted to start a family and while at first when she began to notice the signs that she might be pregnant she was scared and hesitant about starting a family so soon. There is something about the look in Arthur’s eyes when she turned to look up at him, the words of reassurance he offered before the results, that makes her think that maybe being pregnant right at this moment isn’t so bad.
mrshafiz1 and AuthorForPooh like this
4
Flight - Part 12
posted by kbrand5333
Part 11: link


“Morgana,” Merlin says quietly, looking at Lancelot. “Come here,” he says, and Lancelot steps over.
Without warning, Merlin pulls the dagger from his friend’s chest and tosses it to the floor.
“Ow!” Lancelot exclaims, uncharacteristically loud.
Merlin places his hand over the wound and, with a few words, heals and closes it. Lancelot feels a pleasant warm sensation spreading throughout his body, starting at his shoulder.
“Thank you,” he says.
Leon...
continue reading...
4
Flight - Part 3
posted by kbrand5333
Part 2: link


“Where are we, anyway?” Gwen asks, shifting uncomfortably on her saddle. They had been riding for two hours already, and the previous night’s activities are disagreeing with her current mode of transportation.
“Cornwall. King Marke’s kingdom,” Arthur says, glancing over at her. “Are you all right, Love?”
“I could use a break, actually,” she says, blushing slightly. Arthur looks a little puzzled, but if his wife wants a break, then a break she shall have.
“All right....
continue reading...
6
Sword in the Stone2 - part 2 (my version)
posted by sportyshuie
link

Arthur seems to regain new found faith and belief following the events at the rock and the drawing of the sword. He gathers his knights and the remaining army and discusses on his plan to attack Camelot. Merlin walks alongside Gwen while Tristan and Isolde walk ahead of them. Arthur walks in between Sir Leon and Sir Percival.
“What about the drawbridge?” Arthur asks as he slows to a spot near a tree. Tristan leans against the tree while Isolde moves closer to the knights. Gwen stands a couple of feet from them, hands firmly crossed across her chest, her eyes on Arthur. Merlin stands...
continue reading...
3
Fire - Part 15
posted by kbrand5333
Part 14: link

Gwen stops home briefly after work to pack a proper overnight bag this time. She’s not sure what Arthur has in mind for the evening, but she decides to stay in her work clothes and pack something more comfortable. That way she’s prepared whether they go out and stay in. He’ll just have to take me out in my work clothes if we go anywhere. She tosses a few more items in her bag, and heads out the door.
She arrives at his apartment, pausing outside his door. Do I knock? He gave me a key… Deciding to risk it, she turns the knob...
continue reading...
1
The Enchantment - part 8 (Finale)
posted by sportyshuie
link
link
link
link
link
link
link

Arthur was sitting in the throne room, his chin resting on his hand, folded into a fist when the knights walked in. He looked up and stared at them all, one by one. His expression hardened when he saw Elyan. It was Leon who spoke first.
“Sire, we would like to have an audience with you.”
“About what?” the voice was cold.
“About Lancelot and Gwen,” Leon replied, as the others lined up beside him. Arthur glared at each of them one by one, finally resting on Elyan....
continue reading...
2
Camelot's Greatest Strength - Chapter 2
posted by EpicArwen
Hey all! Sorry this part took so long to get to you. Hope you enjoy reading as much as I did writing it!! :)


p.s. Updated for length of spell. Needed more time than expected for the next chatper. :) :)


Arthur Pendragon was a man with a plan.

Actually, that's not quite accurate.

He was a man with a goal. And a very vague outline of how to reach it.

Since that goal was to seduce his ever-enticing and usually compliant wife, he wasn't worried too much about the details. In fact, this was going to be one of those go-with-the-flow-see-what-mood-my-wife-is-in-and-bring-her-round...
continue reading...
Alice part 1
posted by arhturgwen01
The leaves were rustling, as a figure ran as fast as her legs could take her running from a heavier larger echo of feet as they ran through the aurtum forest. A sudden sound of hooves coming behind the small army chasing the girl suddenly made the mob run in different directions. Alice came to a hault in an opening to the forest with pathways leading in many directions, all was silent ..... However she did not relax, as she knew very well she was not alone.....

"Arthur we must of lost them" Merlin said to the young king after a few moments of silence.
" She couldn't hae gone far Merlin they...
continue reading...
2
Out of the Ordinary (Visitations Challenge)
posted by EpicArwen
Hey all! I just HAD to try EP's fic challenge. I usually don't, but the 500 words intrigued me. So here goes... :) 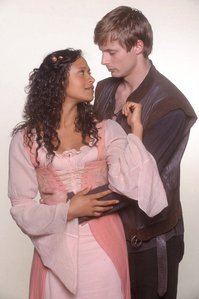 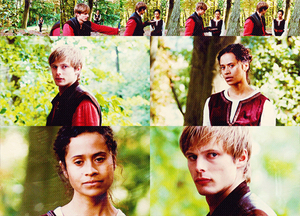 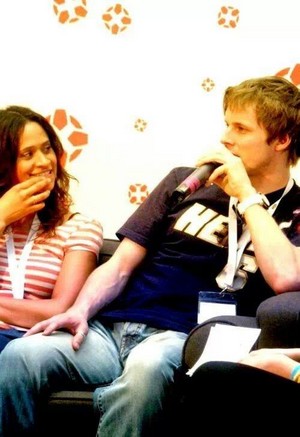 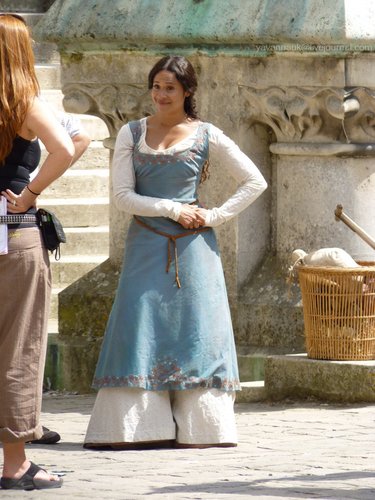 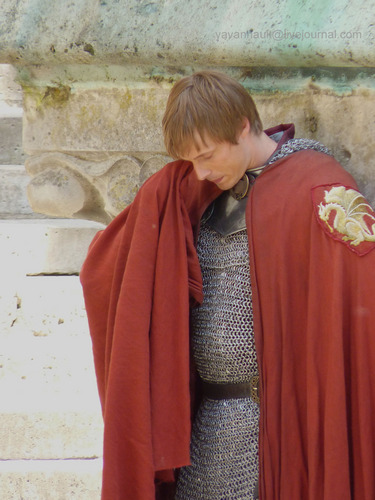