2
List Of Arthur Episodes- Season 2
posted by princess829
Arthur Meets Mister Rogers
Fred Rogers is visiting Mr. Ratburn's class and staying at Arthur's house. Arthur is afraid of telling anyone the latter because he doesn't want to be called a baby. It's not so bad when they find out.

Draw!
When Francine makes fun of Fern, she draws a comic humiliating Francine, which everyone finds amusing. Other comics about Francine are drawn. During the school carnival, those are teasing Francine are convinced by Mrs. McGrady to dump green slime on Francine. As they prepare to do so, they realize how much they hurt Francine's feelings.

Binky Barnes, Art Expert
Arthur and Buster have to work with Binky on an art report, but they believe Binky will make them do all the work. Binky wants to do the report on an abstract painting he believes is hanging sideways. To avoid embarrassment, Arthur and Buster make an agreement with Binky to do separate reports. Ironically, Binky is the only who does any of the work and turns out to be correct.

Arthur's Lucky Pencil
Arthur's luck begins to change after he finds a pencil right before the stop of a rainstorm. After several lucky breaks, Arthur and his friends are convinced that the pencil is lucky. As the pencil gets shorter, Arthur is more conservative with his pencil. Even with an upcoming history test, he won't let anyone use it, not even himself.

D.W., the Picky Eater
D.W.'s reluctance to eat unfamiliar food will keep the whole family from celebrating Grandma Thora's birthday at a special restaurant unless Arthur can persuade her to be more open-minded.

Buster and the Daredevils
Buster begins keeping bad company in his eagerness to learn his new "friends'" skating tricks. Arthur realizes that they are just having Buster make a fool of himself for their own amusement.

Go To Your Room, D.W.
D.W. doesn't get along well with Kate and is sent to her room for ten minutes after threatening to pinch Kate. She thinks that her parents only love Arthur and Kate. While she babysits Kate for the rest of her punishment, she realizes that she has been a horrible sister.

Athur's Underwear
Binky rips his pants in class, revealing his underwear. Arthur can't stop laughing every time he thinks of it, but he's getting nightmares where he doesn't have any pants. He tells Buster about this, who tells everyone else, which embarrasses him. Inevitably, Arthur does rip his pants and has to deal with it.

Francine Frensky, Olympic Rider
Francine goes for horse riding lessons and her sister, Catherine has to bring her there. Catherine is better than Francine! Feeling over shadowed by Catherine, Francine considers quitting but returns and remembers why she wanted to take horseback riding in the first place.

Buster Baxter, Cat Saver
Buster gets a cat down from a tree with his ice cream and his mother publishes a story on it. When people start calling him a hero, this goes to his head and he starts acting important and retells the story with embellished details. Arthur, Francine, and the Brain make a fool out of Buster to humble him, but he ends up saving Arthur and Francine from a runaway piano.

Play It Again, D.W.
D.W. is still playing her "Crazy Bus" CD (since "Buster Baxter, Cat Saver") and Arthur is already annoyed by it. She surprises Arthur with four tickets to "Crazy Bus Live". Arthur is embarrassed to be there but finds Buster enjoying the show. When D.W.'s CD goes missing, she accuses Arthur of taking it, but their parents have taken it by mistake.

Arthur's TV-Free Week
Arthur and his friends are going TV-free for a week. Arthur's family also goes without TV in support of the idea. Everyone tries to resist the temptation of TV while they go through their week.

Night Fright
Binky has a night light. He tries to go without it when Arthur has to stay over because Arthur's parents are stuck out of town. When Arthur finds out about it, he believes Arthur may use this against him, although Arthur isn't particularly interested. Even so, he eventually musters the courage to tell everyone before Arthur does.

Arthur vs. the Piano
Arthur's music class has a recital on Friday. Everyone except for Arthur is worried and practicing. Arthur is confident that he knows everything well enough until a nightmare makes him worry he may miss a note. In a subplot, D.W. has hiccups that won't go away.

The Big Blow-Up
Francine and the Brain have an argument over soccer practice that carries into class and through the next soccer match. They may not make the playoffs if the argument continues. Arthur uses D.W.'s idea of writing an early letter to Santa to resolve things between Francine and the Brain with fake apology letters.

Lost!
After school, Arthur is supposed to take the bus to the public pool for his swimming lesson, but he falls asleep on the bus and misses his stop. Then Arthur ends up at the edge of town but luckily, the bus driver helps him find his way home.

The Short, Quick Summer
Arthur has a to-do list for the summer, but he can't find it and summer's nearly over. He finds out everyone else had a great summer. He finds his list and D.W. accidentally, helps him realize that he did all the things on the list and had a great time too.

D.W. Goes to Washington
The Reads go to Washington, D.C. over a holiday vacation. They tour the popular landmarks and at the White House, D.W. separates from the tour group and meets the President (Bill Clinton).

Arthur's Mystery Envelope
Mr. Haney gives an envelope to Arthur to give to his mom. Arthur is worried about the contents of the envelope, thinking that it's about him, so he comes up with a way of giving it to his mom without her opening it. The envelope turns out to contain Mr. Haney's tax documents.

D.W.'s Deer Friend
When D.W. goes camping with her family, she befriends a deer. She names him Walter and wants to take him home.

Buster Hits the Books
Buster needs to write a book report, but he has never finished a book. His friends try to find a book he can finish.

Arthur's Faraway Friend
Arthur and Buster start writing their own adventure book based on Buster's book choice from "Buster Hits the Books", but Buster is leaving for a couple of months.

Arthur and the Square Dance
Arthur's and Francine's friends think that they are in love with each other, leading both of them to think the other is in love. The two avoid each other afraid of getting "cooties" and finally solve the problem.

Water and the Brain
Muffy is throwing a party at a water park and everyone is excited except Brain. Arthur and Binky discover that the Brain is afraid of water and try to help him get over this fear so he can go to Muffy's party.

Arthur the Unfunny
In a letter to Buster, Arthur tells him about how he was determined to be too hopelessly unfunny to be a clown and how he discovered he can be funny using his piano.

Sue Ellen's Lost Diary
Sue Ellen loses her diary in the library. Muffy, Francine, Binky, and Arthur find it, wondering what's inside and whether to open it or return it unread.

Arthur's Knee
Arthur accidentally hurts his knee at the dump while retrieving a wheel to fix his school project. He hides the injury and makes D.W. promise not to tell anyone because he was told not to go to the dump.

Grandma Thora Appreciation Day
Arthur and D.W. are planning a surprise party to show their appreciation for Grandma Thora. Grandma Thora unexpectedly shows up early when her car breaks down and they must finish their last minute preparations without her noticing.

Fern's Slumber Party
Fern's mother wants her to invite some girls over for a slumber party to which she reluctantly agrees. Everyone thinks Fern is boring and bring their own entertainment, but she later manages to impress them with her detective skills.

Love Notes for Muffy
The Brain and Francine use fake love notes to get revenge against Muffy after she puts them down at the science fair. Their joke has unintended consequences and they must fix it before things get worse.

D.W. Blows the Whistle
D.W.'s overzealous safety patrolling and whistle blowing is annoying everyone. Arthur and his friends worry she may ruin the upcoming soapbox race. At the race, D.W. finds herself in an unsafe situation when she is stuck at the top of a large pine tree after she climbs to get a better view.

Francine Redecorates
Francine and her older sister, Catherine, share a room and cannot stand each other's tastes in decor, so Catherine moves out of the room. Francine finds her room to be empty without her sister in it.

Arthur the Loser
Arthur keeps losing at the new No Guessing board game and other things as well, so he starts cheating to win. His friends are annoyed by his "sore winner" attitude and use Binky to make Arthur lose, because Binky has no qualms about cheating.

Arthur vs. the Very Mean Crossing Guard
Arthur and the Brain are afraid of the new crossing guard who charges them $10 per trip and will send goons after them if they don't pay. They try to figure out ways to circumvent crossing the intersection before they realize the crossing guard's true intent.

D.W.'s Very Bad Mood
Arthur and Francine try to find out why D.W. has been in a bad mood for days.

D.W.'s Name Game
Arthur and D.W. use a thesaurus to aid in calling each other names until Arthur calls D.W. a "Dora Winifred" and she is upset. D.W. later has a strange dream with Arthur, Walter (from "D.W.'s Deer Friend"), and the Thesaurus.

Finders Key-pers
Arthur, Binky, and the Brain find a key in the grass while looking for a baseball. They each think its for something they would like and argue over who gets to keep the key before they find out what its real use is.

How the Cookie Crumbles
Muffy is having trouble coming up with a recipe so her friends make a joke recipe, which turns out to taste good and she takes all the credit.

Sue Ellen's Little Sister
Sue Ellen feels lonely not having a sibling, so she opts for one of her friends, but they each have their flaws.
fishypup and williekerr27 like this 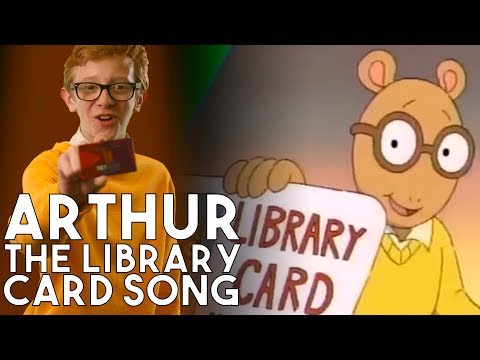 Library card song in real life!
added by chipette116
Ok, but this is so good :D
video
arthur
song
irl 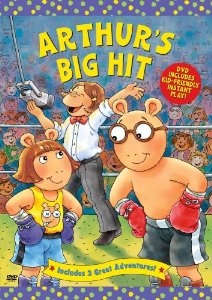 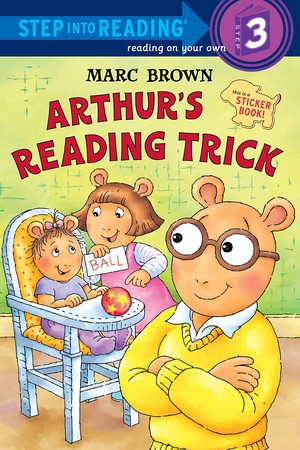 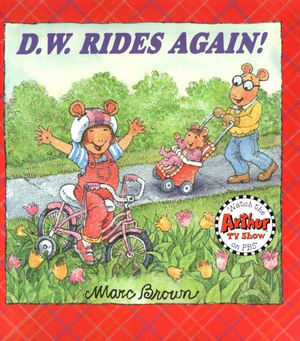 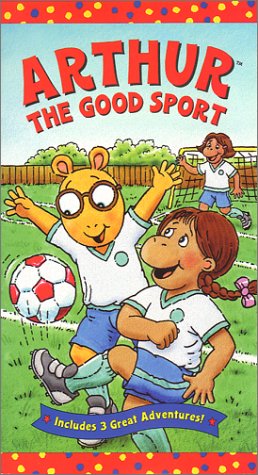 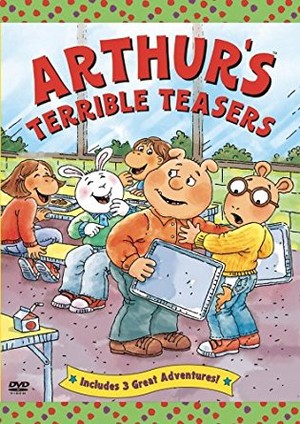 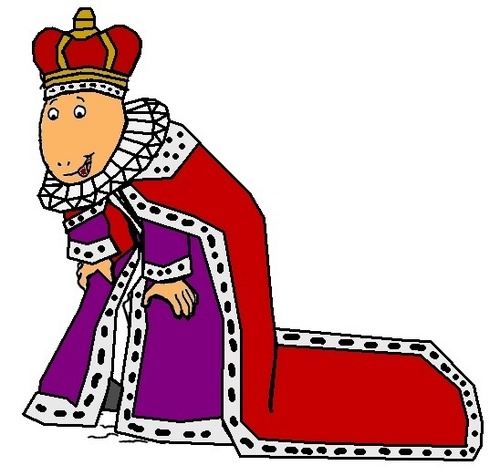 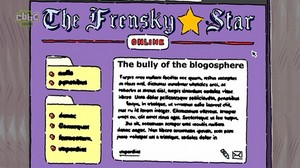 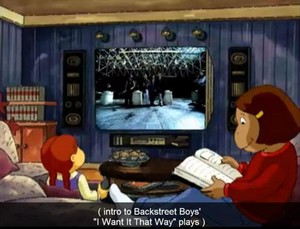 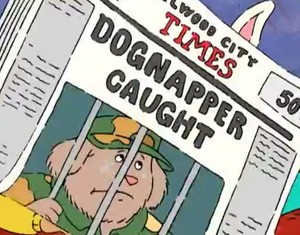 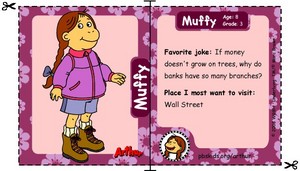 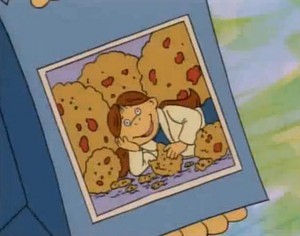 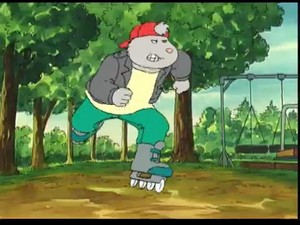 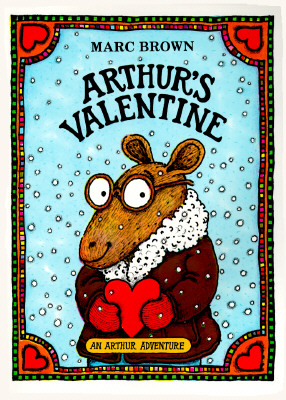 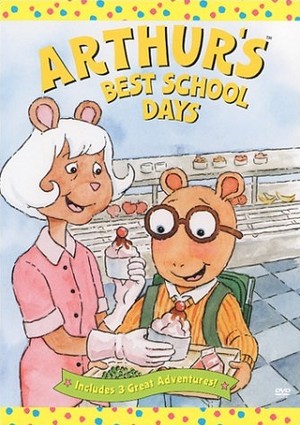 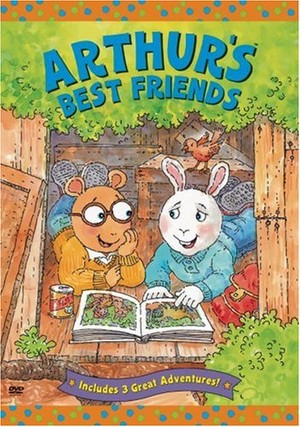 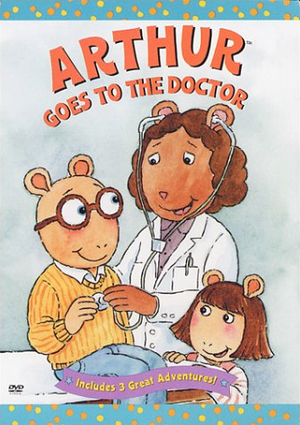 Arthur Goes To The Doctor
added by carol1022 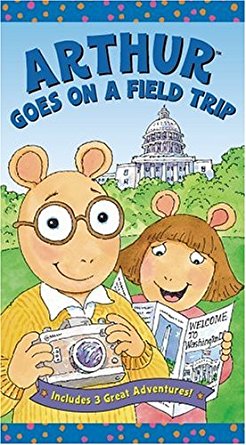