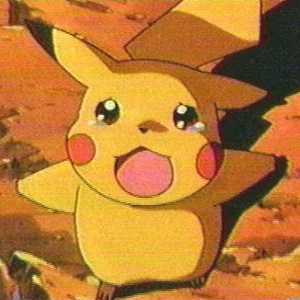 Electric Soldier Porygon: "Dennō Senshi Porygon" (でんのうせんしポリゴン ,Dennō Senshi Porigon?, literally "Computer Soldier Porygon", although most commonly translated as "Electric Soldier Porygon") is the thirty-eighth episode of the Pokémon anime's first season. It was first broadcast in Japan on December 16, 1997, and has since not aired anywhere else. In the episode, Ash and his friends find at the local Pokémon Center that there is something wrong with the Poké Ball transmitting device. To find out what's wrong, they must go inside the machine.

The episode is infamous for using visual effects that caused seizures in a number of Japanese viewers, an incident referred to as the "Pokémon Shock" (ポケモンショック ,Pokémon Shokku?) by the Japanese press. Six hundred eighty-five viewers were taken to hospitals, but only two people remained hospitalized for more than two weeks. Due to this, the episode has been banned worldwide.

After the shock, the Pokémon anime went into a four month hiatus, and it returned on TV Tokyo in April 1998. Since then, the episode has been parodied and referenced in cultural media, including an episode of The Simpsons where the Simpsons go on vacation to Japan and watch a cartoon called Battling Seizure Robots, resulting in the entire family going into convulsions. In a South Park episode, Kenny McCormick suffers from a seizure after playing a videogame called "Chinpokomon". Because of this Porygon2 and Porygon-Z have never appeared in the anime by a bad flash. This is in the Guiness World Records in the Most seizures caused by a TV program. This is a big history to Pokemon anime.

Dojoach Vs Namazun!!This episode revolves around a bunch of Whiscash causing an earthquake. It was removed and never aired anywhere, including Japan, due to similarities to the Chuetsu earthquakes of October 23, 2004.

The Legend of Dratini: This episode is banned due to Kaiser pointing a gun in Ash's face and threatening to shoot him. It also contains profanity and guns where Jessie, James, and Meowth uses to shoot at Kaiser because they wanted the Dratini.

Beauty and the Beach: This episode revolves around all the female characters entering a swimsuit competition, James, in order to enter, buys a pair of inflatable breasts. The episode is famous for one scene where James is waving his fake breasts in others faces for comedic effect. The image has become a quite popular GIF on the internet.

Holiday Hi-Jynx
This episode is from the Indigo League series of the original Pokémon series. This episode is the first to feature a new Pokémon called Jynx, which resembles, according to sources, an African-American female, with long blonde hair, and big lips (it had big lips due to one of its attacks being a "kiss" attack). The episode "Holiday Hi-Jynx" aired on Kids WB!, and not everyone was happy with the new Pokemon.

A woman named Carole B. Weatherford wrote an article about Jynx, saying it was racist to African-American people, and soon after, the episode was removed from rotation. Also, this caused other episodes involved with Jynx to be banned. Nintendo ended up changing Jynx to purple to keep the racism rumors down. Even though they changed Jynx, future episodes ended up showing Jynx as it is, and episodes which has Jynx as a main character are usually banned. One of those known episodes is "Kōri no Dōkutsu!", known more commonly as "The Ice Cave". The episode was part of the Master Quest series, originally as episode 252, but was banned due to its heavy focus on Jynx. Brock gets sick while in an ice cave, and is taken to a Pokémon Center in the cave, and instead of Chansey as nurses, Nurse Joy has a Jynx, which plays a main role in the episode, and Jynx, instead of being purple, has the same black face as it did in "Holiday Hi-Jynx", thus causing its ban after its first, and only, air. The episode was never seen outside of Asia except Brazil. There was an English dub made by 4-Kids Entertainment, but wasn't aired after the ban.

Banned in the U.S. after september 11
"Tentacool and Tentacruel"
The first episode to be banned after the September 11 attacks, mainly because the censors noted similarities between the attacks and the Tentacruel attacking the city. The character Nastina also used large-bore assault weapons during the fight scenes in the episode. However, Tentacruel striking a building was not removed from the opening theme, and the episode is still readily available on the home video and DVD markets. This episode also aired on Cartoon Network at least once.

"The Tower of Terror"
This episode was the second to have a 9/11-related banning, this time due to name rather than actual content. However, this episode is no longer banned and continues to air around the world.

"A Scare in the Air"
This was the third episode to be banned after September 11, 2001, as well as the second to be banned on the basis of the 9/11 name. In response, 4Kids Entertainment temporarily renamed the episode "Spirits in the Sky" to get around the ban. The episode's original title has since been restored.
Chibi-Chipette, lumforever and 1 other like this
lumforever wow. i watched all of these. and i own 2 of these episodes (Holiday Hi-Jynx) and ( Tentacool and Tentacruel" ) on VHS. well there still fun to watch.
TheSpartan9000 Well I've seen most of it... 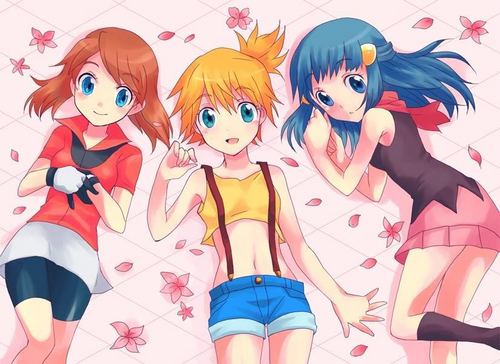 3
Misty, May, and Dawn
added by ScreamoGirl 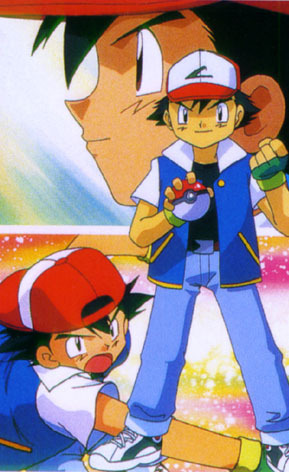 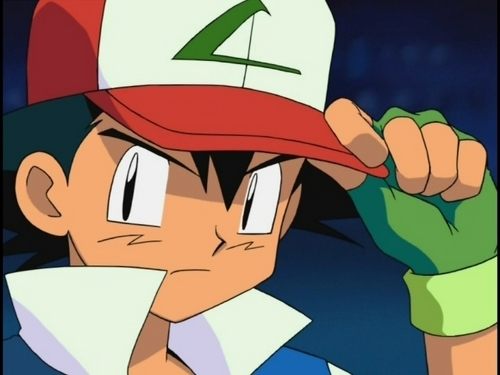 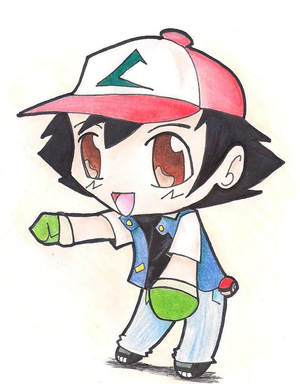 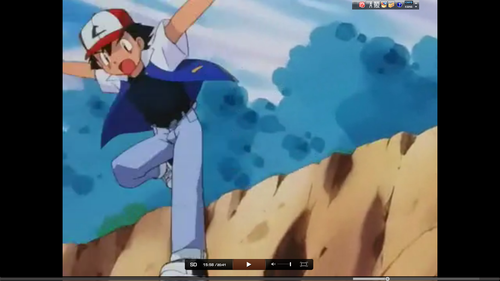 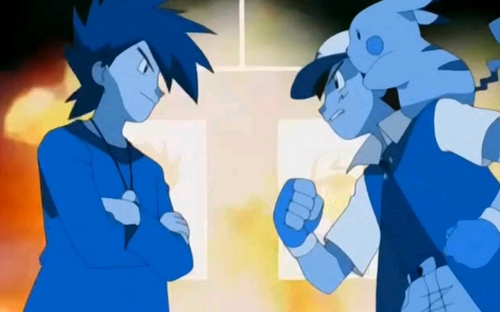 3
Ash and Gary
added by simpleplan 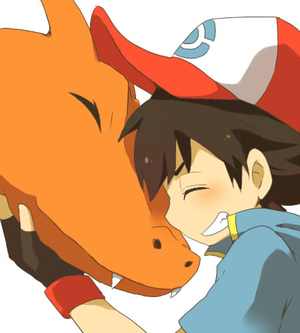 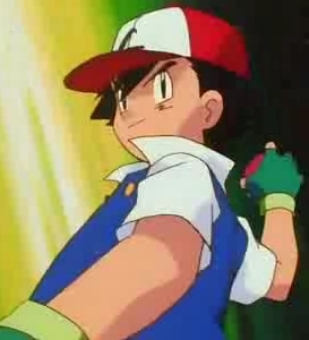 2
Ash!
added by MCHopnPop
Source: Screencaps taken by me

1
Ash's epic jump!!
added by AshFangirlLisa
From the season 8, Advanced Battle episode, "Like A Meowth To A Flame". ^^
video 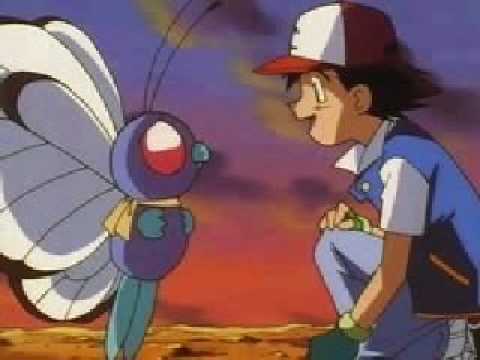 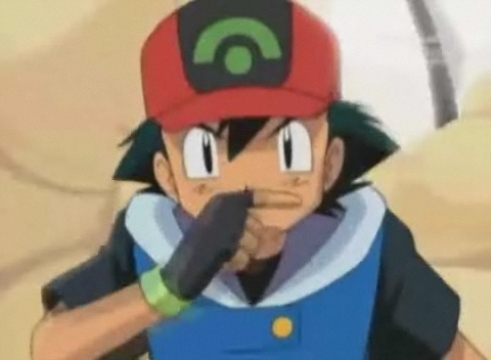 1
Ash is full of Himself
added by Gliscor 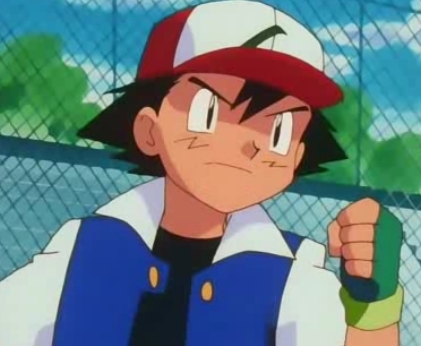 3
Ash!
added by MCHopnPop
Source: Screencaps taken by me 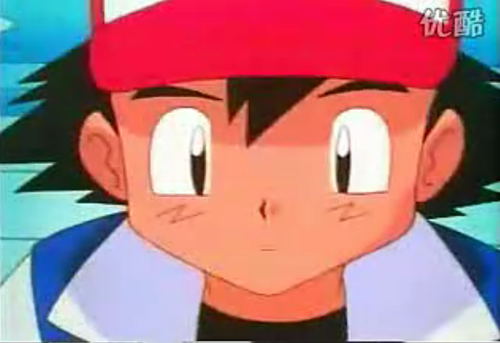 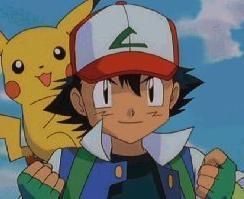 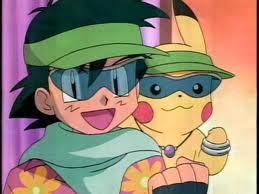 1
Ash and Dawn
added by AshKetchum 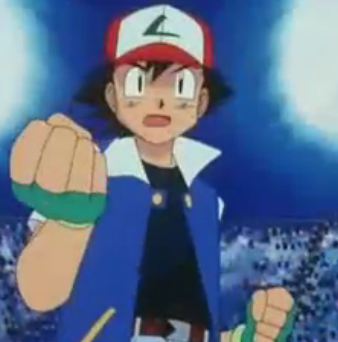