Muoi: The Legend of a Portrait
posted by Sasunaru120 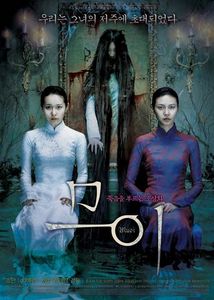 Yun-hee, a South Korean writer, is under pressure by her editor to produce something of interest for her next book. She hasn’t had a book published in three years and is all too cognizant of this fact. Things look up when her old friend Seo-yeon calls from Vietnam. Seo-Yeon informs Yun-hee about a local Vietnamese folklore centered around a girl named “Muoi” and her haunted portrait. It just so happens that in Yun-hee’s prior novel, she wrote a semi-autobiographical tale concerning her friends titled “Secrets & Lies”. In the book Seo-Yeon was portrayed in the most horrible manner, but Yun-hee is sure that Seo-Yeon hasn’t read the book as she has been living in Vietnam for years. Yun-hee eagerly flies to Vietnam to learn more about Muoi.

Over a century ago, Muoi was born as a normal child, but was said to be cursed and was ostracized by the locals and led a lonely existence. She grows up with dazzling beauty and eventually falls in love with a handsome painter named Nguyen (Binh Minh), but Nguyen also charms a wealthy girl (Hong Anh) who is extremely jealous and vindictive. Once she finds out about Muoi’s relationship with Nguyen, she has Muoi’s ankle broken and face disfigured by something like acid in an utterly gruesome manner. Shortly afterwards, on the 15th day of the lunar calendar (the full moon day), with the full grudge of social isolation, terrible mistreatment, and horrible disfigurement, Muoi hangs herself to return as a ghost out for revenge. Eventually, village monks are able to capture Muoi’s vengeful spirit and seal it within her portrait by a hairpin.When Yun-hee hears about a mystery of the portrait of Muoi from her best friend Seo-yeon in Vietnam, she goes there to meet her friend. However, mysterious things occur as they try to uncover the secret of Muoi's portrait.

Upon investigation, Yun-hee knows a Korean professor who was, some years ago, involved in the research of the curse and also, a friend of Seo-yeon. The professor has disappeared without any clue. Finally, after finishing her exploration, she finds out a terrible truth that, Muoi's spirit was attached to him and transferred into Seo-yeon. His bloody corpse falls into Yun-hee when she discovers a secret chamber in Seo-yeon's villa. Coming down the subway, she finds a recorded tape made by the professor with an incantation to call Muoi's spirit. At the end of the recording, he counts from one to ten in Vietnamese (Muoi means Ten) and the portrait appears in the dark with Muoi's disfigured corpse emerging from the picture. Muoi is now awakened and chases Yun-hee while she attempts to exit the chamber. Near the exit, she finds her friend Seo-yeon standing together with Muoi's portrait image. Seo-yeon insists that Yun-hee kill her with the hairpin as, both of them will be cursed if one of them doesn't die. Tearfully, Yun-hee then stabs her friend. However, Seo-yeon suddenly laughs out loud, indicating that Muoi's evil spirit is now transferred into Yun-hee. Without a struggle, Yun-hee is hanged and possessed by Muoi. Yun-hee returns to South Korea. Later, Yun-hee smirks after killing Seo-yeon's betraying lover. She turns around and sees the ghost of Muoi disappear back into the painted portrait. 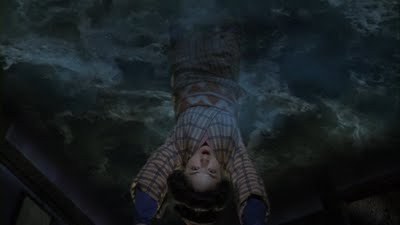 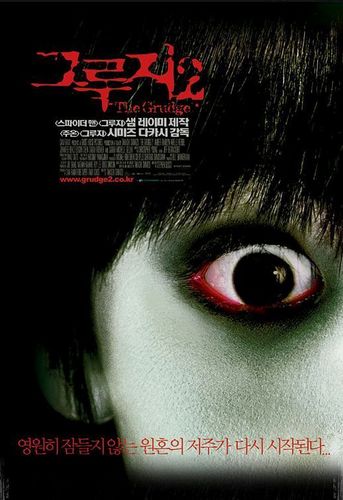 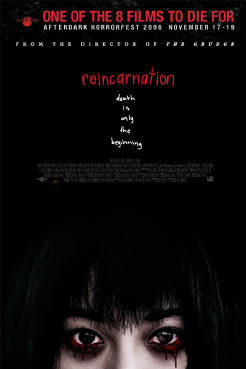 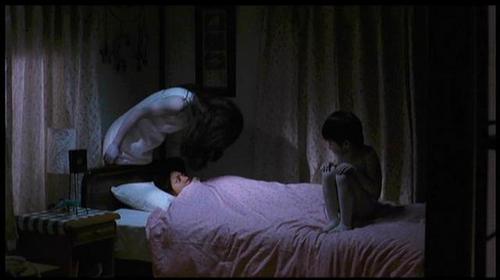 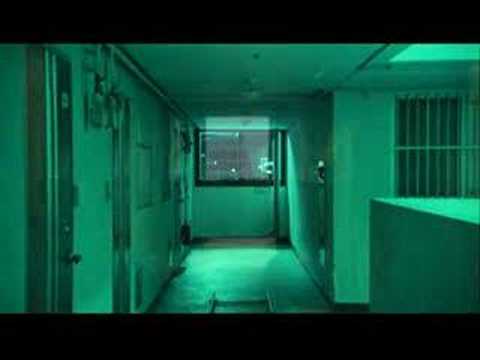 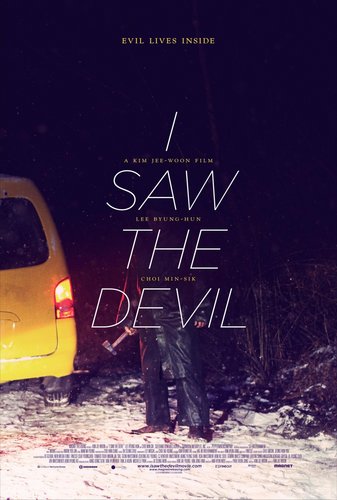 2
I Saw the Devil
added by wifeofjason
Source: collider.com 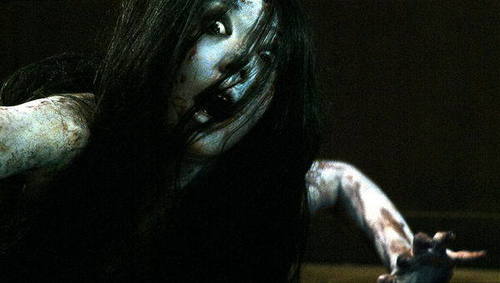 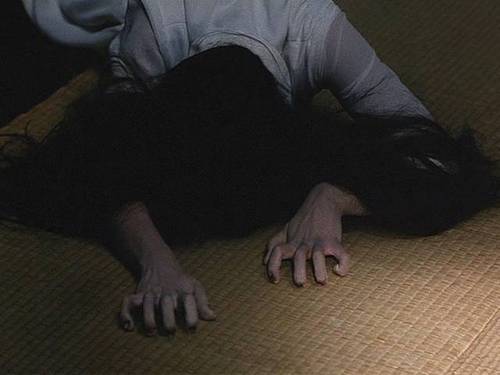 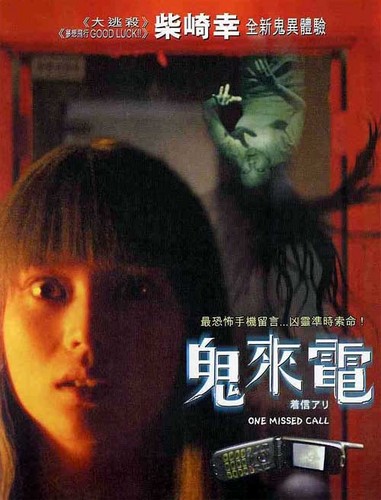 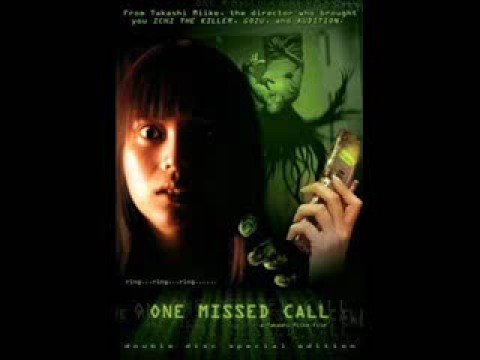 3
A Tale of Two Sisters
added by MrOrange16
Source: minjochi.tumblr.com 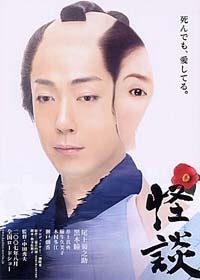 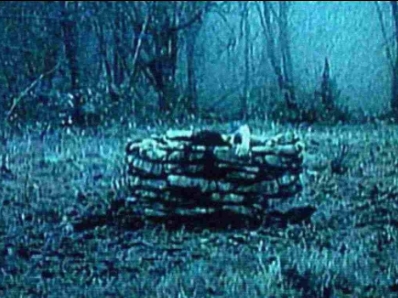 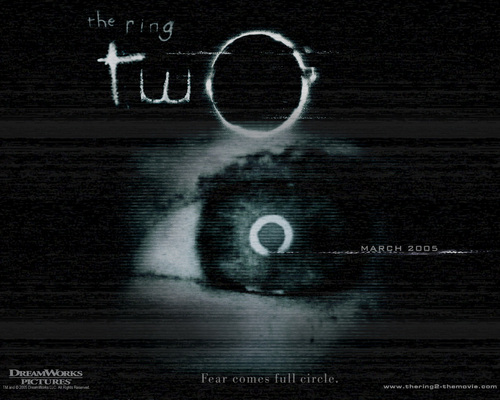 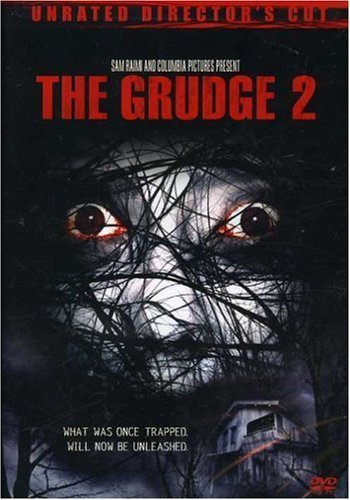