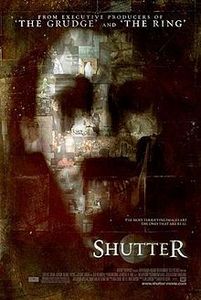 Ben Shaw (Joshua Jackson) and his new bride, Jane (Rachael Taylor), leave New York for Tokyo, Japan, where Ben has a job as a photographer. While traveling, Jane hits a girl wearing a thin dress in the middle of the wilderness (despite the cold and snow), running over her with both wheels and running into a ditch. After regaining consciousness, they find there was no body or even a trace of blood on either the car or the road, and they decide to leave, thinking the victim was all right. They later start to find mysterious lights in their photos, which are later identified as spirit photography by Ben's assistant, Seiko Nakamura (Maya Hazen). Jane begins to have eerie dreams and visions as if they are trying to tell her something, and senses a mysterious haunting presence stalking them. Ben begins to complain of severe shoulder pain, and his friends begin to comment he's looking bent and hunched over, though the doctor he goes to see can find no cause. Seiko takes Jane to her ex-boyfriend, Ritsuo (James Kyson Lee), whose career is to investigate paranormal activities, and he tells them that the lights are spirits, manifestations of intense emotions trying to communicate. At a subway station, Jane spots the ghostly presence of the girl she hit, causing her to believe that she killed the girl. Ben later also has a similar terrifying encounter in his dark room. They then go to a medium, Murase; however, Ben refuses to translate what Murase says, claiming he is a fraud.

Later on Jane decides to visit the office building in one of the photos. When she gets there, she goes to the floor where the light has gathered, and takes pictures in the empty office. She encounters the yūrei, and learns that the girl's name was Megumi Tanaka and that Ben knew her. When she confronts Ben about it, he admits that he and Megumi were once involved in a relationship, but that after the death of her father, she became very obsessive and clingy, and eventually he dumped her, with help from his two friends.

Ben's friends, Adam (John Hensley) and Bruno (David Denman), are killed by Megumi. Adam's eye is torn out while shooting pictures and he dies from shock. Bruno commits suicide by jumping from his apartment in a state of shock and undress, suggesting that he has been sexually violated. After watching Bruno jump from the building Ben and Jane go back to their apartment. Ben wants to leave but Jane says "We're not going anywhere" and hands Ben their wedding photo in which the right hand side shows a distorted picture of Megumi. They realize she's been with them the entire time and what happened on the road was meant for their attentions. They go to Megumi's home, only to find her decayed body. She had committed suicide with potassium cyanide long before the car impact.

That night Ben is tortured by Megumi. She appears in different places around the room and climbs onto the bed, straddling Ben, taking off her dress, and throwing it on his face, revealing her inhuman body. She then precedes to follow him around the room where she lets her tongue out (which is much longer than a normal human tongue) and forces it into Ben's mouth, kissing him, releasing a swarm of flies that almost choke him. Jane wakes up and screams at Megumi to leave Ben and her alone, after watching flies come out of his mouth. Megumi's shadow appears behind her against the fluttering window curtains and she is wrapped up in the curtains and pushed against the window where her head cracks the glass. Jane screams "He left you because he never loved you" which then breaks the hold and throws her back on the bed. Megumi stops with a brief sinister laugh, leaving Ben alive.

After Megumi's funeral, Ben and Jane return to New York, thinking it's all over. However, Jane finds some recent photos in an envelope which still show Megumi, who is crawling toward a picture of Jane hanging on the wall. Jane goes into the room behind the picture and finds a camera in a trunk. After uploading the memory card into the laptop Jane sees more photos taken by Ben, showing Adam and Bruno raping Megumi at her home before her suicide, while Ben does nothing but watch them doing the deed. After this discovery Ben returns home, where he tries to explain he felt it was the only way to drive Megumi away, as nothing else was working. They'd used some pills and had planned on using the pictures as blackmail against Megumi if she didn't leave him alone but it turned into rape. This explains why Ben didn't want to translate what the medium said earlier in the film and why Megumi murdered Adam and Bruno, as Ben knew this was about revenge against all three of them. Believing that Megumi was trying to warn her, and disgusted by Ben's past actions, Jane says that she doesn't want to spend her life with Ben and leaves. Ben tries to stop her, but Megumi locks the door and doesn't let him.

Driven mad by all the events related to Megumi, Ben begins photographing the apartment with his Polaroid camera, looking to confront her. After throwing the camera across the room, it takes a picture of him, showing Megumi sitting astride his shoulders. Remembering in the hospital where a nurse weighed Ben, showing a weight of 275 lbs, the weight of two people, as well as the mysterious shoulder pains, Ben realizes that Megumi has been with him all along since her suicide without his knowledge. Horrified, and in an effort to rid himself of her, he electrocutes himself. He is rendered completely catatonic and sent to a mental institution, where he is shown sitting slumped over on the edge of his bed. The last scene is a reflection of the glass from the door, showing Megumi still draped over his back. 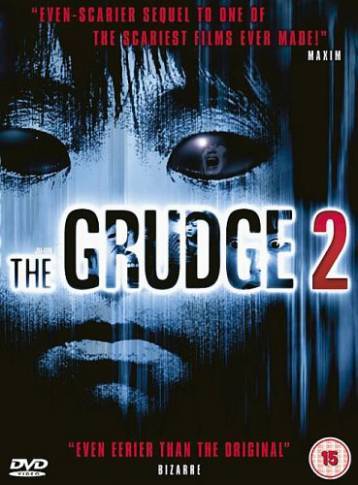 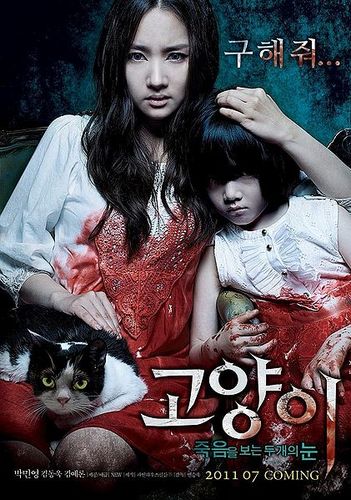 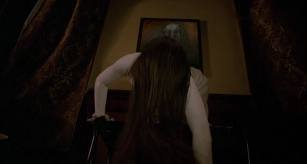 2
Grudge
added by alphearia
Source: Google
I Saw The Devil (2010)
posted by anviange
Joo-yun gets a flat tire on a snowy night but has the
misfortune of meeting Kyung-chul who dismembers
her and scatters her body parts all over the show. Her
fiance Soo-hyun is an intelligence agent and vows to
get revenge. He is given a list of four suspects –
including Kyung-chul. He searches The latter’s
belongings and find’s Joo-yun’s wedding ring. He
knows Kyung-chul is the killer.
Soo-hyun puts a tracking device on the school bus that
the killer drives. He attacks Kyung-chul as he is
sexually assaulting his next victim and implants a
device into him so he can listen in to his conversations...
continue reading... 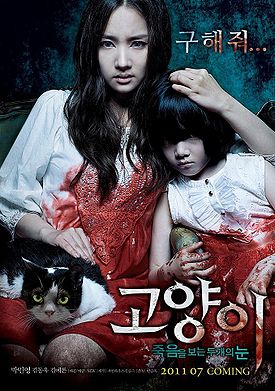 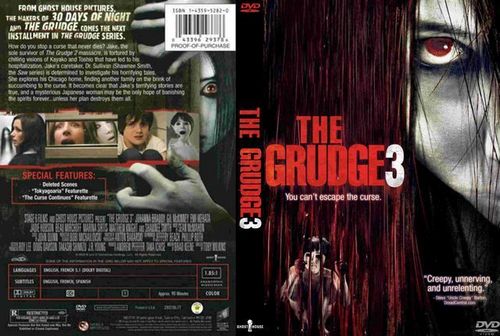 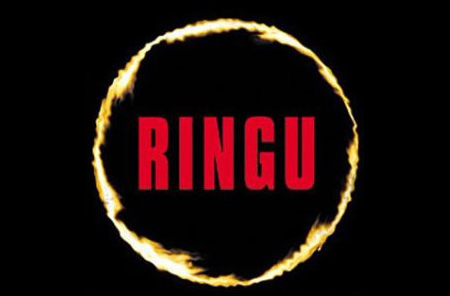 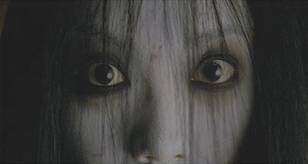 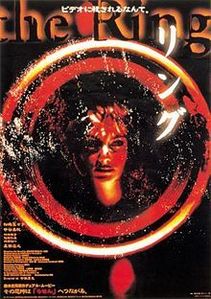 Two teenagers, Masami (Hitomi Satō) and Tomoko (Yūko Takeuchi) talk about a videotape recorded by a boy in Izu which is fabled to bear a curse that kills the viewer seven days after watching. Tomoko then reveals that a week ago, she and three of her friends watched a weird tape and received a call after watching it. Unnervingly similar to the storied videotape, Masami realizes that Tomoko was fated to die. After some unsettling moments, Tomoko is killed by an unseen force with Masami having the horror of watching. 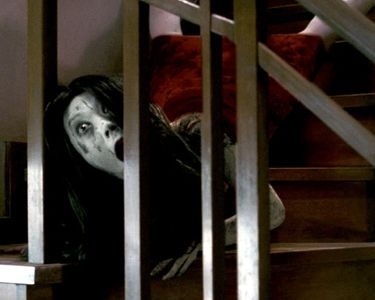 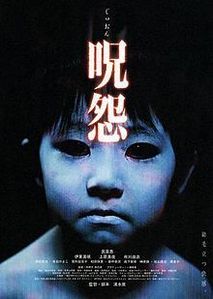 Rika is a volunteer social worker charged with caring for Tokunaga Sachie, a catatonic elderly lady. She discovers the quiet suburban home in a state of disarray and her ward malnourished and soiled, with no one else home. While vacuuming she finds a family picture with the wife's face cut out. Upstairs she hears shuffling noises coming from the bedroom closet, which has been taped shut. Rika removes the tape and opens the door when she hears meowing sounds. Inside the closet she discovers a black cat and a young boy whom she recognizes from the photo. She calls the welfare center...
continue reading...
Oldboy (2003)
posted by anviange
Directed by Korean golden boy Park Chan-Wook, Oldboy
is a blistering ride of a film and established Korea firmly
on the map as a serious player in the horror film
stakes.
Oh Dae-su is a drunken business man who suddenly
gets kidnapped on the night of his daughter’s birthday.
He is kept for 15 years in a room with no human
contact or no reason. He learns from the news on his
TV that his wife has been killed and he is the main
suspect. Exactly 15 years after he was first captured,
he is set free on a roof of a building.
Dae-su goes to a sushi restaurant where he tries to
rape Mi-do the chef. She confesses...
continue reading... 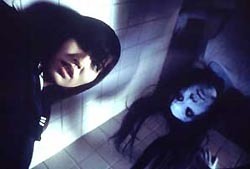 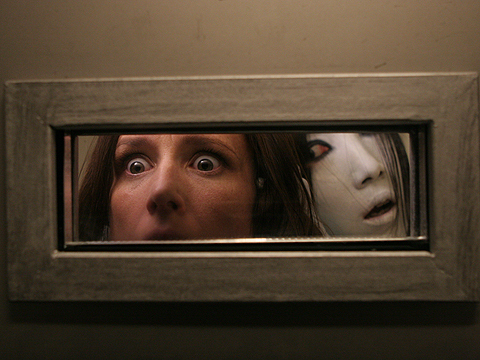 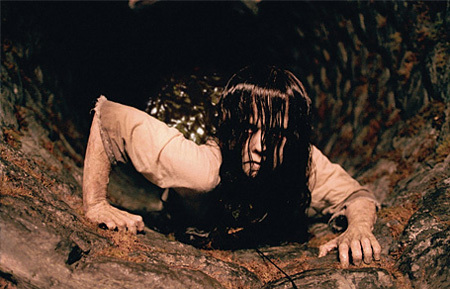