Pop singer Austin Mahone has been referred to by the media as the “second coming of Bieber.” And hey, with all of the legal trouble the Biebs has been in lately, it’s probably about time to replace his posters on your wall with a new, fresher-faced pop star.


Here are seven reasons why we think Mahone is more worthy of your affections.

If you love the Philadelphia basketball team the 76ers, then you and Mahone have something in common. He has said that he wears one of their hats every morning after he gets out of the shower because it “makes [his] hair look the best.” (Go 76ers! In addition to being a pro-basketball team, you also have a keen fashion sense!) Mahone has admitted that he wears many hats because he’s not a fan of how his hair normally looks.

He wasn't even born when Dr. J was doing his thing!

Mahone met pop singer Swift in a coffee shop years before he became famous. Swift had given him some advice which apparently did him a world of good, because now he can say that he’s been on a cross-country tour with Swift during the tour for her latest album, Red. (They apparently even took to throwing apples at each other backstage!) So it’s possible that we might never heard of Mahone if it weren’t for Swift’s advice. 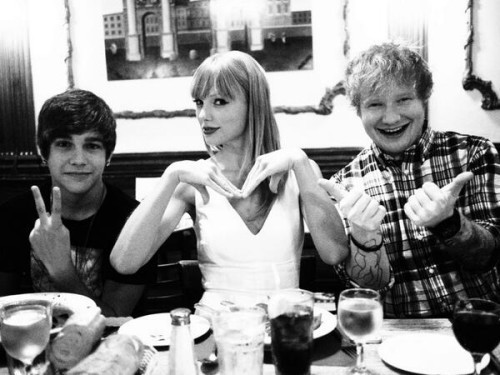 Mahone has admitted to watching the film Dear John, which was based on the novel of the same name by Nicholas Sparks. (Sparks also wrote the novel The Notebook, which was also turned into a chick flick.) Mahone has said that he actually enjoys watching chick flicks every once in a while. 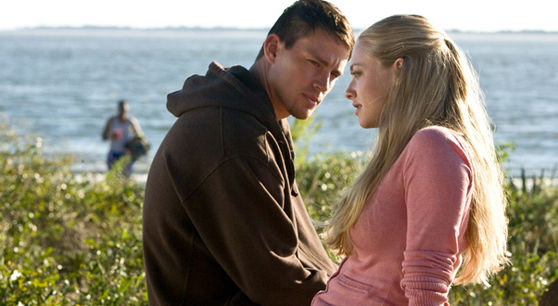 Channing Tatum and Amanda Seyfried? What's not to love!

He may be experiencing his first taste of success now, but he’s not stopping there. Mahone has said that one of his biggest goals is to win a Grammy Award. He would also love to go on a world tour.

If you’re one of Mahone’s Japanese “Mahomies,” then you may be excited to hear just how much he loves Japan. On a recent visit to the country, he tweeted a photo of himself surrounded by pretty Japanese girls with the caption stating that he was “in heaven.” He also ate sushi for the very first time there. 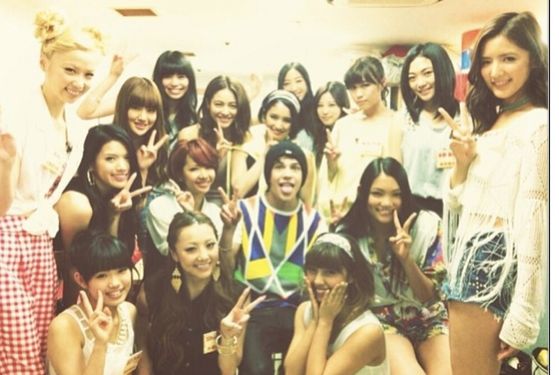 There’s nothing worse than an entertainer who doesn’t take the time to show appreciation for his or her fans. After all, without your fans, you have no career, right? Who’s going to listen to your music then, or watch your movies?

Mahone is always taking the time to show his love for his “Mahomies,” like signing autographs and taking pictures with them. MTV reported that back in February, he even took eight lucky fans out for dinner on Valentine’s Day! Mahone also hangs up some of the fan art that he receives on his wall.

You would never have to worry about Mahone getting drunk at a party and getting into a fight (or doing something else he regrets), because he does not like the taste of alcohol. (Your moms must love hearing that one!) 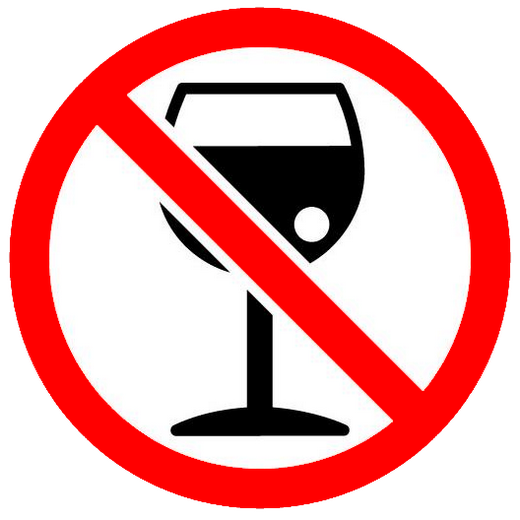 
That's all we have for now. Be sure to check out Austin's new album, The Secret, available starting May 27, 2014! 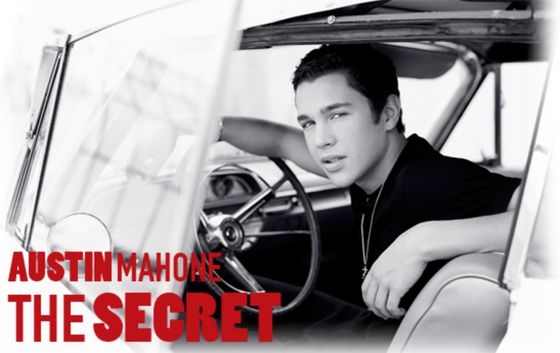 New album coming out May 27, 2014!
kchatterson, urithotfrempong and 33 others like this
SarahLovesSiva Awesome article
Simmeh Looks like Justin Bieber.
nmdis Well maybe but I don't want him to behave like Justin for sure. I guess he'll be much better. Very nicely written and I wish I was Japanese :3
Sugar_shup Oh, Austin Mahone is good at sing...but...............................................................for me...IS NOT BEAUTY or BEAUTYFUL!
anubis210 oh man...not another one....like bieber fame will hit...and he'll turn out just the same....thats something we dont need again...i say get rid of him
kayleehubbard I'm a big fan ,
elsa-frozen No, he's not the next Beiber, because he's Austin Mahone. Teen heartthrob-wise, yes, but you have to say, they've got very different personalities..................
kiss13_ He is so HOT. I LOVE HIM! As long as he don't turn in to a bad person, in sticking to him like glue
phillipbrown41 Austin is the best I love his songs
nosa156 austin is sexy
adrian_lover they kind of tlook like when bebs had long hair but way different just because u think there alike thier r things different about them and hopes he wont get into that eaither but i got faith too
dirtpup really cool article i love Austin with all my heart mahomie 4 lyf
Zoe13Cimerone I Love This Article And Austin Mahone Is Not Another Justin Bieber
Kswifty13 HE NOT GOING TO BE LIKE JUSTIN B !HIS MOM LOOKS OVER HIM
dchopsey Very good article. Austin is truly an AWESOME PERFORMER. Sings, dances and plays many instruments. I really believe he is very well grounded and does not let success get to him. I really hope that he will always surround himself with good people that will not try to influence him to try things that he knows is wrong for him. I believe he will be successful and he should not be compared to Justin Bieber because they are two different types of performers and people. I think that Austin is the best. GOD bless you Austin. 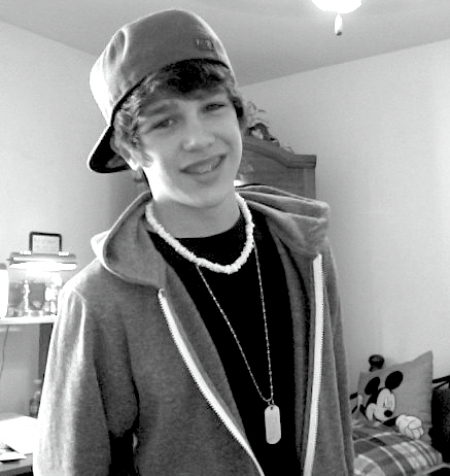 Fox San Antonio posted an article about Austin’s return to his hometown:

His fans call themselves “Mahomies”, and Sunday they packed the AT&T Center for local teen sensation Austin Mahone’s first-ever concert in his hometown.
The 16-year-old pop star and San Antonio native performed to a full house of screaming fans as part of the rodeo this weekend.
Before the concert, Mahone held a meet-and-greet with the “Mahomies”.
He also donated five-thousand dollars to give VIP treatment to kids from Bulverde’s St. Jude’s Ranch for Children.
“I always want to give my fans a chance to see me,” said Mahone. “If they can’t make it out, I want to give them the chance, personally. Give them tickets. I just want to always give back to them because they’re the reason why I’m here.”
This year Mahone is set to join Taylor Swift on tour as her opening act. 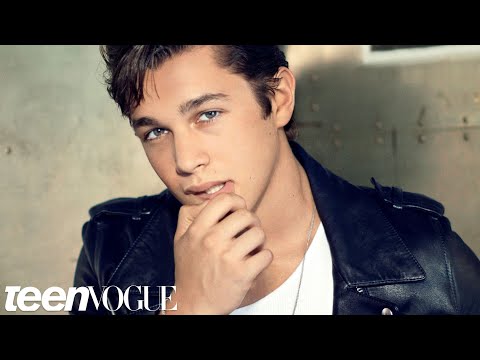 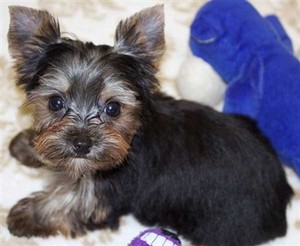 3
i named him austin i just got him today!
added by I_LUVE_AUSTIN 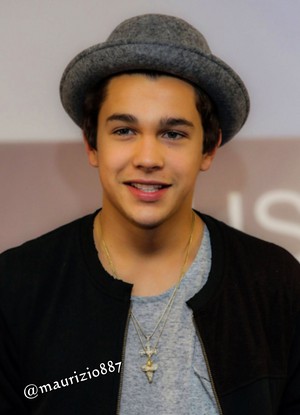 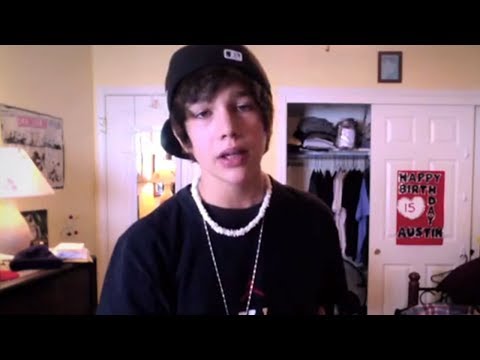 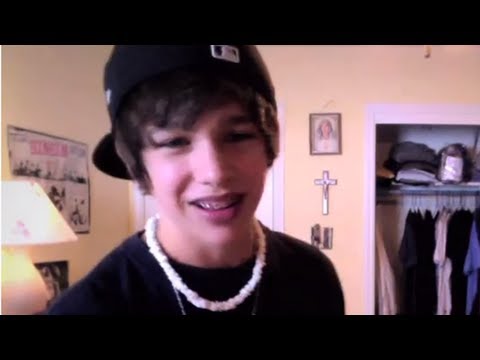 14
"With You" Chris Brown cover - 14 yr old Austin Mahone with lyrics
added by lollipopszx3
Austin singing With You by Chris Brown(:
video
austin mahone
singing
cover
chris brown
with you 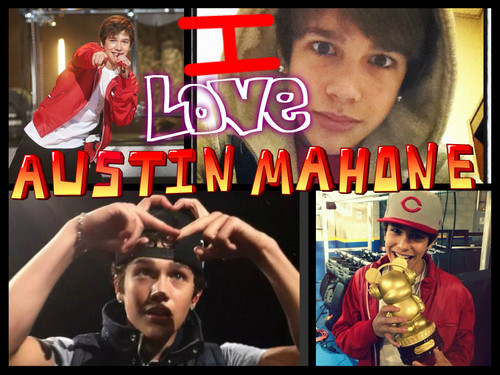 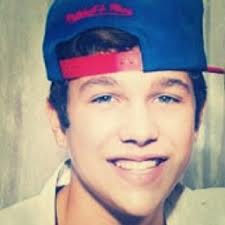 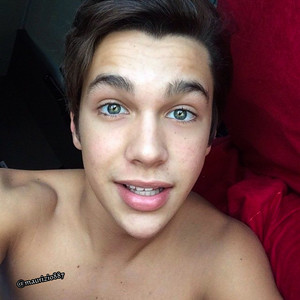 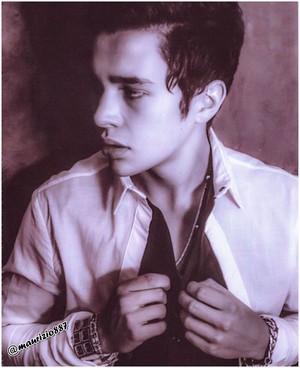 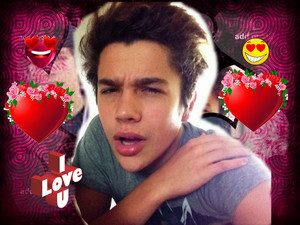 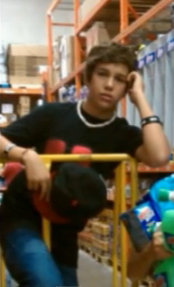 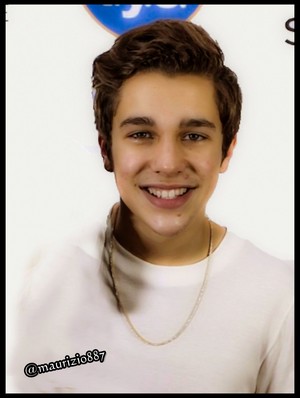 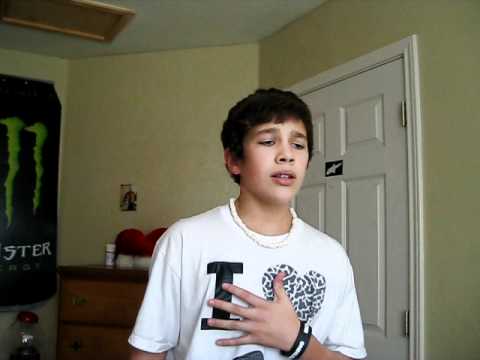 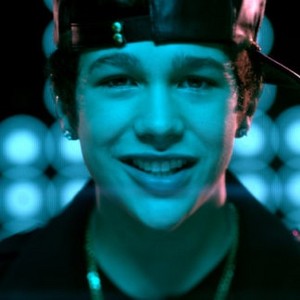 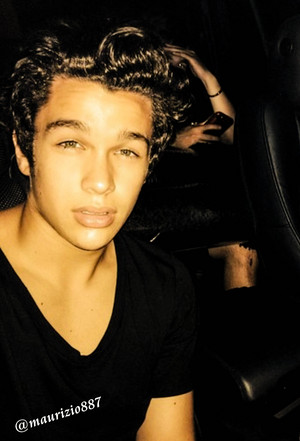