Star and the cruise
posted by UriahA
One afternoon Star was laying on the couch watching TV. Just then commercial came on with a giant cruise ship. That caught Star’s attention.
“We go to Seattle, Washington in the summer and Sydney, Australia in the winter.” the commercial announcer said. “So go to norwegiancruislines.com today!”
Star’s owner, Ralph came in. “I can’t believe Rosy’s dog had puppies.”
“I know.” Star tried to answer.
“I need to get a girl. I can’t just have a dog with me. I can’t even understand him.”
Star went to his food bag. He couldn’t get his head to the food level. He ripped the bag slightly so he could get his head there.
After he was done he went to go see Alue while the movie while Balto 2 wasn’t shooting.
“Hey Alue!” Star yelled.”
“Hey Star.”
“How are you?”
“Good.”
“Are you really half wolf like on the movie?”
“Yes.”
“Sweet.”
“Do you want proof?”
“No I believe you.”
“Alue we’re ready to shoot!” the director said.
“Bye Alue!” Star yelled
Star forgot the next scene was on Balto’s boat, and went there. Star saw a camera, but thought it wasn’t rolling. “Hey Alue hey Balto. How was the scene?”
“It’s on right now.” Alue corrected him.
“Cut!” the director yelled. “Star what are you doing here?”
Star was really embarrassed and went to his house.
Star needed something to take his mind off what happened.
“I’ll go hang out with Kaltag.”
Star went to Kaltag’s house. He was sitting watching TV.
“Hey Kaltag, can I join you?”
“Sure, just make sure you’re not annoying.”
“Deal.”
“Come on in.”
Star went in and sat right next to Kaltag. Kaltag’s owner came in. His name is Tony Morris.
“Hey Star.” Tony said “What are you doing here?”
Tony sat down. Star climbed over to Tony and leaned on him.
“You love me don’t you.” Tony said.
Star surely loved Tony. Star drifted off to sleep. He woke up to find himself laying on Kaltag and Tony gone. Star got up to see if the movie was still shooting.
“Where do I belong?” Alue asked herself.
“And Cut!” the director yelled. “Good job Alue!”
Star went up to Alue. “Hey Alue, sorry about going into the camera view while you were shooting.”
“It’s ok, you didn’t know.”
“Hey I just realized you’re bigger than me.” Star said.
“I think I am.”
“An you’re paws are more than double the size of mine.”
“That’s embarrassing.”
Just then Dixie came in and kissed Star.
“Hey,” Star said.
“Hi.” Dixie answered.
“I heard you two are getting married soon.” Alue said.
“Yes we are.” Dixie answered.
“Yee.” Star said. “And I have the perfect place to go.”
“Where?” the two girls asked in unison.
“Seattle, Washington.” Star replied. “And I know of a good cruiseline.”
“What?” Dixie asked.
“Norwegian Cruiselines.”
“Sweet.”
“Balto, Jenna, Nikki, and Kaltag are coming with us.”
“Cool.”
“What about me?” Alue asked.
“I thought you were going to move with those wolves.” Star replied.
“That’s on the movie.”
“Then you’re coming with us.”
“Alue that was great!” Balto said out of nowhere
“Balto I have some good news.” Star said.
“What?”
“Dixie and I are getting married.”
“Seriously?”
“No Balto we hate each other. Of Course!”
“Guess where we’re going.”
“Where?”
“We’re going to Seattle.”
“Are you flying on Jetstar there?”
“No we’re taking a cruise. And you’re coming! If you want.”
“Sweet!”
“Kaltag, Alue, Nikki, and Jenna are also coming”
“Cool.”
“I got Dixie and me suites and you and the other dogs a room.”
“Cool. We Just need to go to Ketchikan and get on the boat there.”
“How are we going to get there?”
“Remember that one plane we flew to Anchorage to board that Jetstar plane?”
“Yah.
“We’ll fly that there.”
“Ok.”
Just then Ralph showed up. “Star I’ve been looking all over for you! What are you doing near this set?”
Ralph picked Star up and carried him home.
“Bye Balto!” Star yelled.
“Bye Star.”
Star licked Ralph.

That night Star left a note saying where he was going to go in two days. Then he set out to tell Nikki. When he got to Nikki’s place Nikki was in his favorite position, sleeping with his fat stomach exposed.
“Hey Nikki.”
“What?”
“Me and Dixie are getting married.”
“Really? Congratulations dere.”
“Thanks.”
“Guess where we’re going.”
“Where?”
“Seattle.”
“Can I come with youse?”
“Of course!”
“Thank youse.”
Star went to Kaltag’s house. Kaltag was laying on his side sleeping.
“Hey Kaltag.” Star said.
“What?”
“Guess what?”
“What Star!”
“Me and Dixie are getting married.”
“Man, you’re lucky.”
“Thanks.”
“Guess where we’re going.”
“Where?”
“Seattle.”
“Cool.”
Tony came in. “Star what are you doing here?”
Tony hugged Star. Star licked Tony.

When Star got home he went up and laid the down with Ralph. The next morning, Star saw Ralph was gone. He went down Stair to see Ralph reading his message.
“Thanks for telling me Star.”

Another day passed and Star, Dixie and the other dogs were waiting for the pilot at the Beechcraft 1900. The pilot was Ralph.
“Hey Star what’s your owner doing here?” Kaltag asked.
“He’s a pilot.”
“Oh.”
The dogs boarded, the plane took off and they landed in Ketchikan about an hour later.
“There’s the boat!” Star yelled.
“It’s huge!” Balto said.
“It’s the hugest the largest the most impressive…” Kaltag ranted.
“Look at those people next to it!” Star interrupted.
Kaltag hit Star and forgot Star was immune. “Crap!”
Kaltag covered his head but Star falcon pawnched him.
“No hitting.” Ralph said.
They got to the cruise ship. At the front it said “Norwegian Pearl”
“Bye Star.” Ralph said.
Star and the rest went into the ship.
“Let’s see Nikki, Kaltag, Balto, Jenna your at room 10008. Dixie and I are at some suite at the top.”
“Ok.” Balto said.
The 5 dogs that aren’t Star and Dixie went to room 10008. Dixie and Star went to the suite.
“This room is big.” Dixie said.
Star had a vision of Kaltag’s rant in his head.
“I love this.” Star waited for Kaltag to hit him. “Right I forgot Kaltag isn’t here.”
“What should we do?” Dixie asked.
“We could play a game.” Star replied.
Meanwhile The other 5 dogs got to the room.
“This is a nice room.” Jenna said.
“Sweet we have a balcony!” Kaltag said. 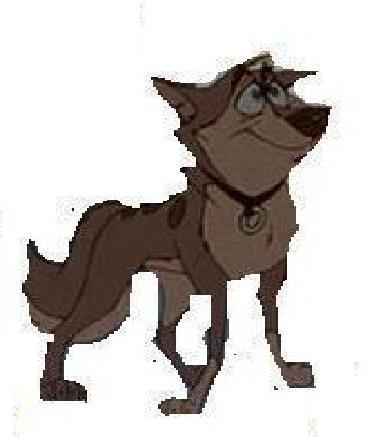 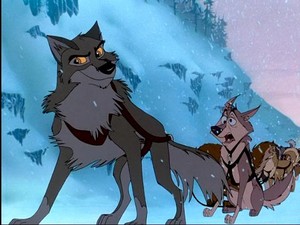 Balto and the sled
added by JennaStone22 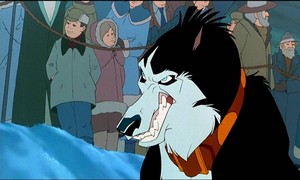 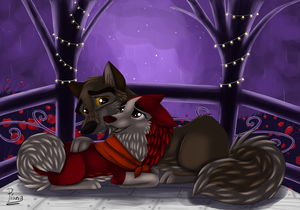 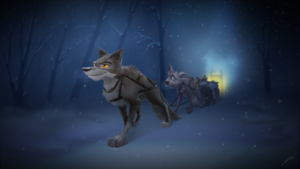 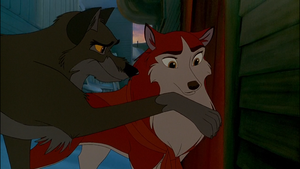 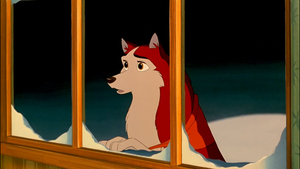 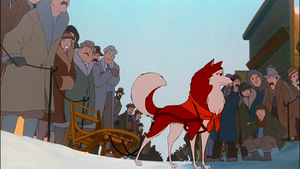 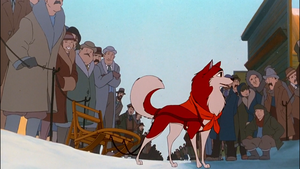 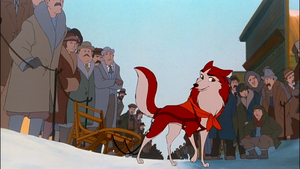 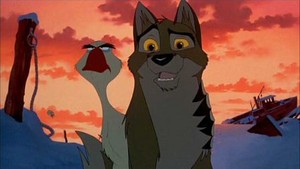 1
Balto and Borris
added by JennaStone22 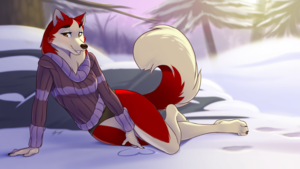 Jenna in Sweater and Undies
added by SentinelPrime89
Source: InkTiger 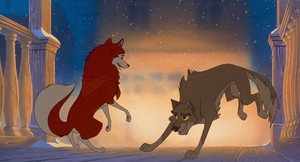 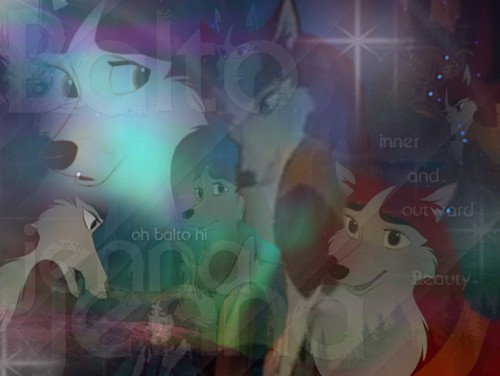