1
Barbie Movie Quotes
posted by yvetski
Here is a compilation of Barbie's quotes, found at the very end of the "end credits".
These are what I most look forward to, when I watch a Barbie movie. Always inspiring in just a few words. ^_^

Barbie in The Nutcracker (2001)
"Anything is possible."

Barbie as Rapunzel (2002)
"Love and imagination can change the world."

Barbie: Fairytopia (2005)
"What makes you different makes you special."

Barbie in The 12 Dancing Princesses (2006)
"There's a difference only you can make."

Barbie Fairytopia: Magic Of The Rainbow (2007)
"Together, we are strong."

Barbie as The Island Princess (2007)
"There may be miracles awaiting,
They may be closer than we know,
When we have love to guide us as we go."

Barbie: Mariposa (2008)
"The most beautiful thing you can be is yourself."

Barbie and The Diamond Castle (2008)
"Friendship is the true treasure."

Barbie in A Christmas Carol (2008)
"Keep the beauty of Christmas in your heart every day of the year."

Barbie: Thumbelina (2009)
"Even the smallest person can make a big difference."

Barbie and The Three Musketeers (2009)
"True courage is pursuing your dream, even when everyone else says it's impossible."

Barbie in a Mermaid Tale (2010)
"What makes you different just might be your greatest strength."

Barbie: A Fashion Fairy Tale (2010)
"Magic happens when you believe in yourself."

Barbie: Princess Charm School (2011)
"There is a princess in every girl."

Barbie in A Mermaid Tale 2 (2012)
"It feels good to be part of something bigger than yourself."

Barbie: The Princess and the Popstar (2012)
"There's a star that's right inside you
So come on and let it out
Find out what you're about and just shout
Here I am."

Barbie in The Pink Shoes (2013)
"Listen to the beat of your heart and keep on dancing."

Barbie: Mariposa and the Fairy Princess (2013)
"The best way to make a friend is to be a friend."

Barbie: The Pearl Princess (2014)
"Always leave things better than you found them."

Barbie and the Secret Door (2014)
"You never know what you can do unless you try."

Barbie in Princess Power (2015)
"The power to change the world has been inside you all along."

Barbie and Her Sisters in The Great Puppy Adventure (2015)
-none-


Any correction is most welcome. ^_^

XOXO
FairyAmbassador likes this
pinkbloom My goodness , its amazing . Come to my club also and post such article about what you feel in barbie http://www.fanpop.com/clubs/pinkbloom
Sylviax I love this!! 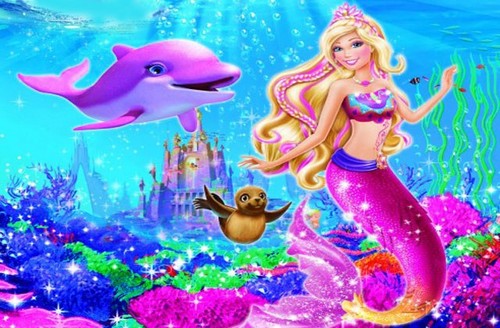 1
barbie in a mermaid tale 2
added by warior_princess
Source: brandfather 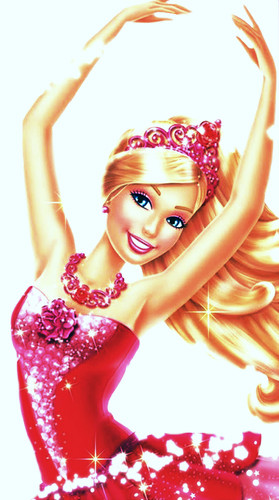 2
Barbie in The Pink Shoes
added by BarbieRosella
Source: Lena :) 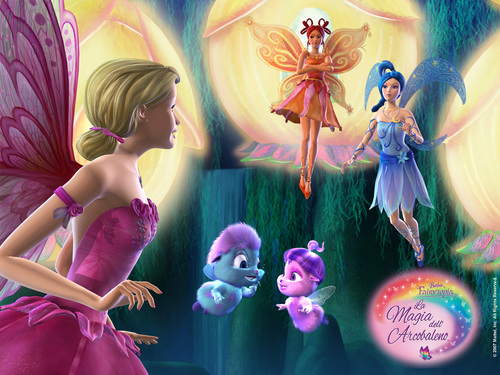 5
Magic of The Rainbow - Wallpapers
added by BarbieRosella
Source: Thanks to Google!
Barbie Movies Lyrics (English)
posted by Sirea
cynti19 has added an article with all Barbie songs. Here I would like to add all english Barbie lyrics in a row. Like they're on the list.

You can help me, if you like to. Just post the next lyric with movie titel, song titel, singer and maybe a link to the song.

Please don't ask question here. You can send me a message, if you have a question.

Songs from Barbie as the Princess and the Pauper
- Free (X)
- How Can I Refuse...
continue reading... 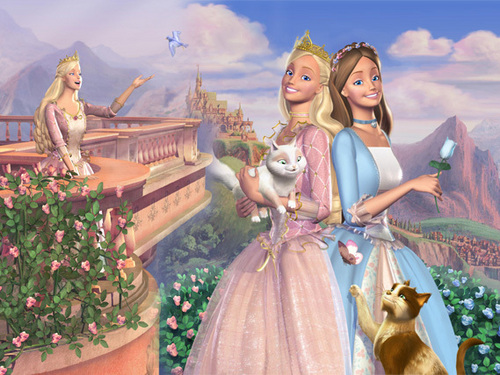 8
Barbie in the Princess & the Pauper
added by jlhfan624
Source: barbie.mirrorthesoul.net 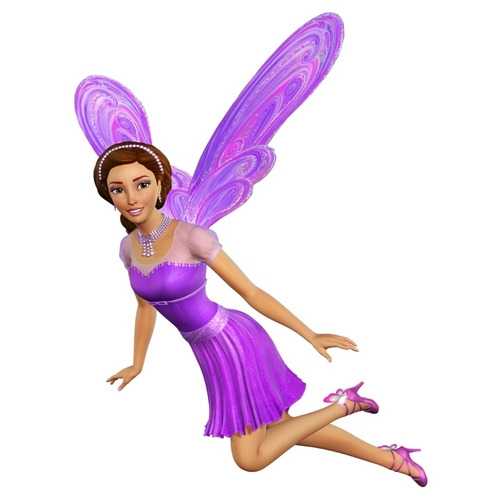 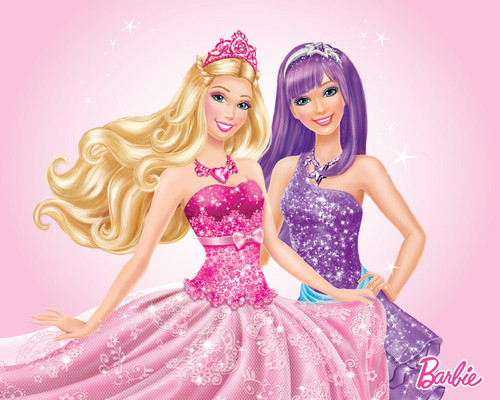 6
PaP wallpaper-like thingies!
added by Lorinna
Source: The most amazing site ever! 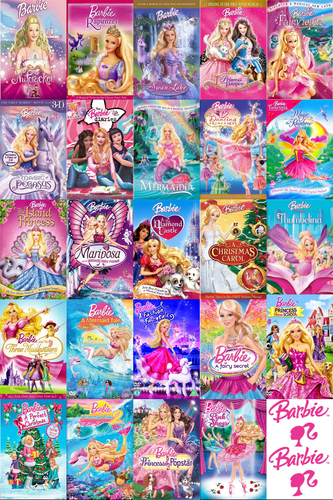 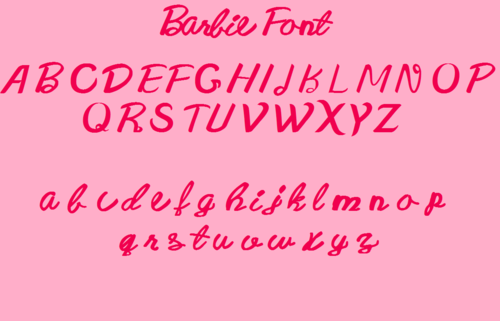 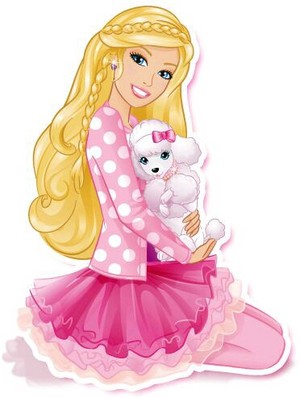 ba6f92f6863672664851daeaeac6d62f
added by Crazyruby
2
Watch Barbie movies in hindi on youtube !
posted by Indianbarbie
Well I've found the link to Barbie in princess power in hindi on youtube . The link link
to watch more barbie movies in hindi , there's a channel which posts Barbie movies in hindi .
You can search 'Barbie movies in hindi '
the videos are edited so that youtube won't block them . The speed of videos are increased but don't worry you can go to the desktop site of youtube and decrease the speed. I want to share this link as I'm an Indian and wanted other Indian Barbie fans who are in this club . Plus I want to ask that how can I change my profile picture ? I can't find any option ....
2
I Want It All Lyrics
posted by Asabala2
There's nothing that's more tragic
Than a princess without magic
And so I must take what I need from you

It may seem an imposition
But, hello, I'm on a mission!
There's no one who can stop me
And there's nothing you can do!

I want it all!
I want it now!
Don't tell me no
Just tell me how!
Y'see this crown?
It means bow down!
What I want is really very small
I want it all! (spoken) That's all!

Getting more magical every day
And totally taking my breath away (Ahh... Yeah.)
I know that you're gonna feel okay
Because it's better for me!

I want it all!
I want it now!
Don't make it small
Just make it wow!
Life has its games...
continue reading... 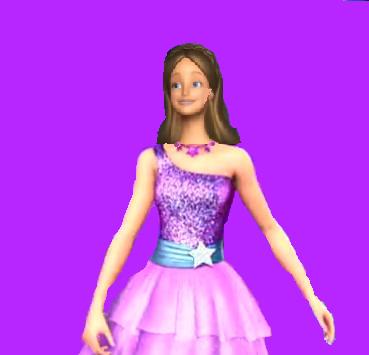 5
Erika on Keira's dress
added by manu962
Source: Mattel for the pic of Erika and Keira ,me and MsPaint 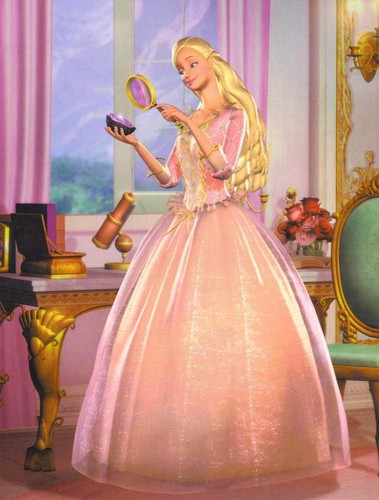 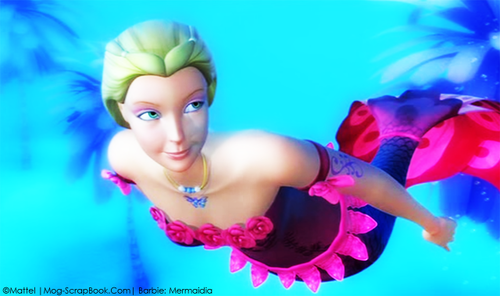 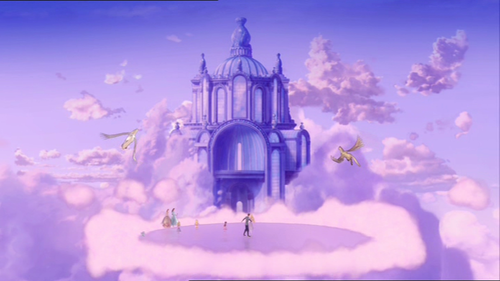 2
Barbie and the magic of pegasus
added by corinne17
Source: Screencaped from VLC Media Player 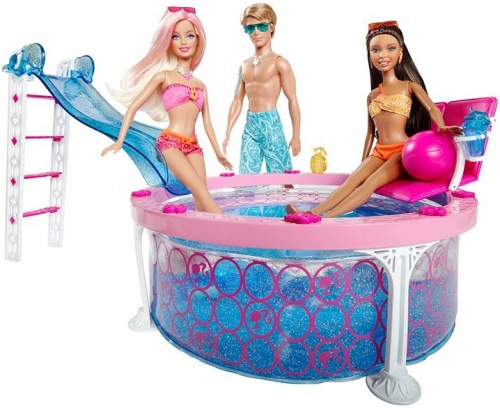 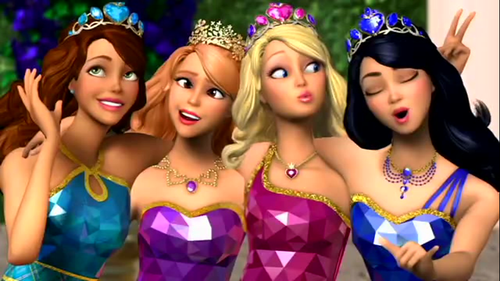