In order to avoid spoilers, I will just give a short description of the plot and the rest of the review will be as spoiler-free as possible. The general plot of the film surrounds the complicated relationship between Bruce Wayne and Gotham City's most notable attorney, Harvey Dent. Bruce was Harvey's best friend, but after Harvey got into an accident that scarred his face, he became Two-Face. As Two-Face, Harvey poses a threat to the Dynamic Duo. While Batman believes he can help his old friend reform, Robin and Catwoman get jealous that Batman's focusing more on Harvey than them.

Batman vs. Two-Face came out over fifty years after the classic Batman show started. However, the heart, creativity and humor of the show lives on in this underrated gem of a film. Batman vs. Two-Face is a notable film for a variety of reasons which I will explain in the characters and cast sections of the review.

Two-Face was a villain that was supposed to be appear in the live-action series, but those plans got cancelled. To makeup for that, Two-Face gets to be the main villain of this film. Two-Face is often portrayed as a very serious villain, so it might seem like he wouldn't work in this more kid-friendly version of Batman. However, the people who made this film did a great job at making Two-Face a worthy opponent of the classic Batman. Most versions of Harvey Dent focus on the tragedy of a good, heroic attorney becoming a fearsome villain. While this film does explore that concept, it also explores optimism and hope. Despite what Harvey's become, Batman still sees the good in him and he isn't ready to give up on his old friend.

Batman vs. Two-Face explores a side of Batman that isn't really explored in the other films, which is friendship. Despite what the title might imply, this film is truly a touching story about the close friendship between Bruce and Harvey. It also has a subplot about the close bond between the Dynamic Duo.

Although Two-Face is the film's main villain, he's not the only enemy that Batman and Robin have to deal with. King Tut actually appears in this film. King Tut has had cameos in other films, but his role in this film is much better. I won't spoil what he does, but I will say that this is the biggest role King Tut has had in a long time. King Tut is a great villain of the rogues gallery who doesn't enough attention and respect, so it was great to see him in this film. The Bookworm also returns and his role is highly-enjoyable. As to be expected the four big villains of the 60's, Joker, Penguin, Catwoman and Riddler, also appear. However, Catwoman has gone through a bit of a redemption arc. Two-Face isn't the only villain that Batman thinks can be redeemed. He also believes that Catwoman can become a better person.

Hugo Strange is a prominent villain from the Batman comics. In fact, he was even created before the Joker. However, he never appeared in the 60's show. Thankfully, he gets a supporting role in this film. Without giving too much away, Hugo Strange plays an important role in the plot. Hugo Strange is one of many underrated Batman villains, so seeing him in this film was beyond awesome.

As much as I enjoy the scene-stealing villains, the film's true star is Batman. I don't know if there are enough words to describe how much I love this film's version of Batman. In recent decades, Batman's been presented in a less than flattering light. There's been several versions that portray Batman as a bitter, anti-social, dark character. Although the first batch of Batman comics were dark, Bill Finger quickly turned Batman into a hopeful and admirable character that people of all ages could enjoy. Batman vs. Two-Face is more than just a retread of the 60's Batman. This film serves as a reminder of how Batman should be portrayed. This film's Batman is open-minded, kind, understanding, well-mannered and a very inspiring character. Yes, he's campy, but that doesn't the change the fact that this Batman is a hero.

Adam West, Burt Ward and Julie Newmar all return to voice their original characters. In addition to that, Lee Meriwether voices a new character. William Shatner voices Two-Face. William Shatner does a great job at making Harvey Dent and Two-Face sound very different. As Two-Face, he sounds villainous and gruff, but as Harvey Dent, he sounds innocent and concerned. Professional voice-actors were brought in to do impressions of the original show's cast members that were no longer around. While it's true that nobody can replace the show's original cast, the voice-actors deserve a lot of credit and respect for putting a lot of effort into honoring the original actors.

Batman vs. Two-Face was Adam West's voicing Batman. He finished his work on the film before he sadly passed away, but the film came out months later. The film serves as a meaningful reminder of how Adam West really is. By this point in his career, Adam West had enough money thanks to his work on Family Guy. Although Adam West joked about doing these films for money, it's clear that he had a much more personal reason for coming back: For decades, Adam West was touched and felt honored by how much the fans loved him. Adam West voicing his most famous role, while in his late eighties, is a true sign of the dedication he had for his fans. In his final performance, Adam West gives a beautiful voice performance. Hearing him tell Robin how important he is to him is something that's beyond heartwarming.

Adam West is often thought of as the campy Batman, but in my opinion, he's the most heartwarming and loveable Batman there's ever been. As a kid, I preferred the darker Batman over the 60's show and movie. While I liked the 60's Batman show and movie, I thought the show was a product of its time and that it wasn't as good as the darker, "edgier" Batman. However, as I grew up, I realized that a lot of the so-called "dark" and "adult" versions of Batman are often too morally-ambiguous. Also, some versions of Batman ends up being unintentionally funny. However, Adam West's take on Batman was meant to be funny. The humor was intentional and clever, unlike the darker Batmans who act so cartoonishly-edgy that it's hard to take them seriously. Bill Finger was not just Batman's true creator. Bill Finger was the one who made Batman a good role-model and a fun, unique character. Not actor has captured the heart and soul of Bill Finger's creation better than Adam West.

Batman vs. Two-Face is a sentimental tribute to Batman. It's an underrated masterpiece that I recommend to all Batman fans, as well as to anybody who wants to watch a feel-good, optimistic film about justice.
rakshasa and yorkshire_rose like this
yorkshire_rose Oh,what a wonderful article.Your writing comes from the heart and touches mine.You always bring food for thought.There will never be another Adam West who was the best Batman ever.Thank you for sharing :) 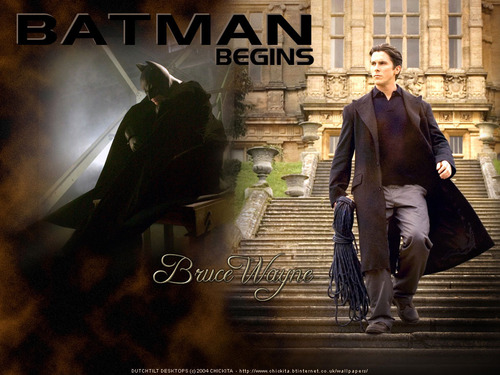 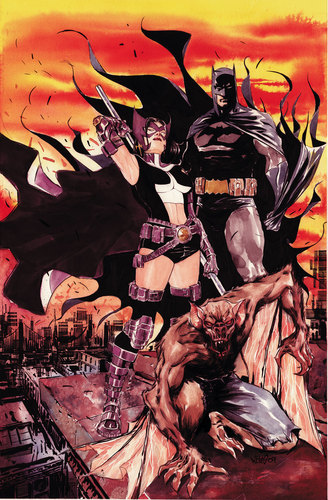 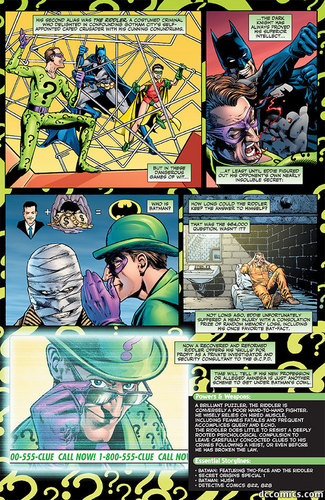 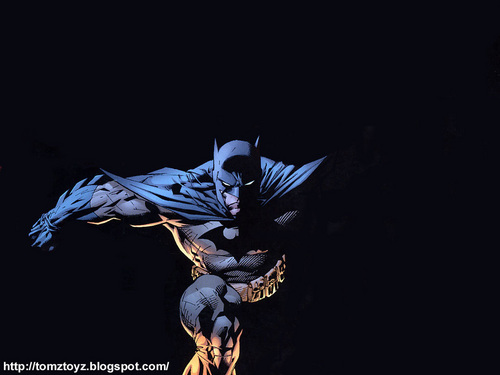 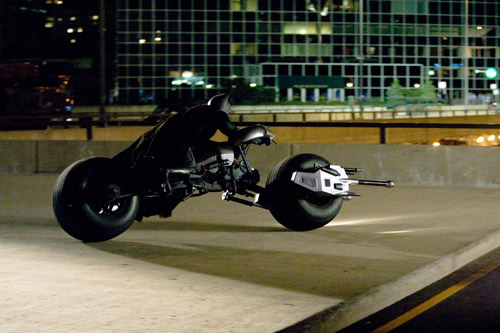 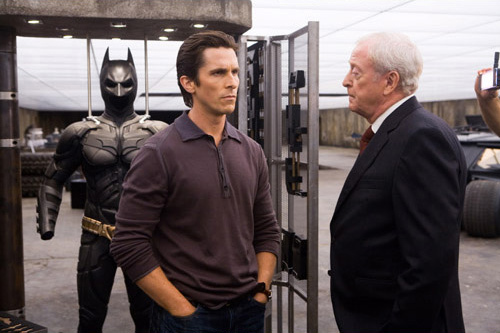 4
The Dark Knight
added by sfdude
Source: Warner Bros.
1
My Ranking Of The Live-Action Batman Actors
posted by whatsupbugs
Since I'm a big Batman fan, I often enjoying looking at people's ranking of the Batman actors. I like hearing the opinions of various Batman fans. The Batman film franchise might be my favorite film franchise. Both the classic films that I grew up with and the newer films hold a special place in my heart. I figure it was about time that I ranked the actors from the various versions of Batman. This ranking is just for the actors that played Batman in live-action, because I find it hard to compare a live-action performance to a voice performance. Plus, there have been dozens of Batman voice actors...
continue reading... 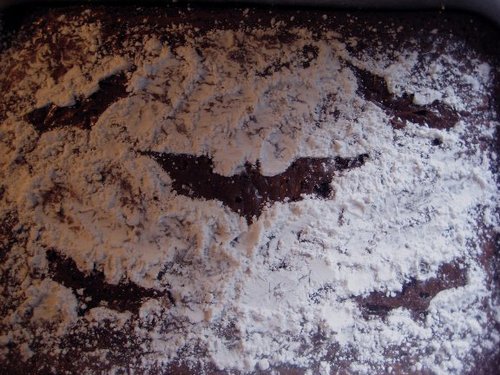 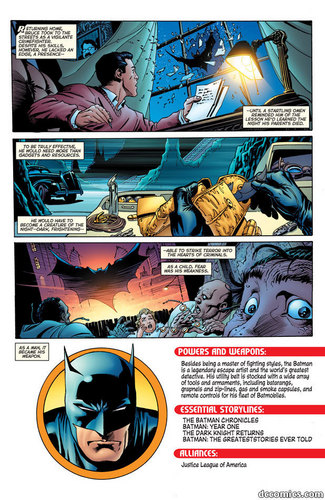 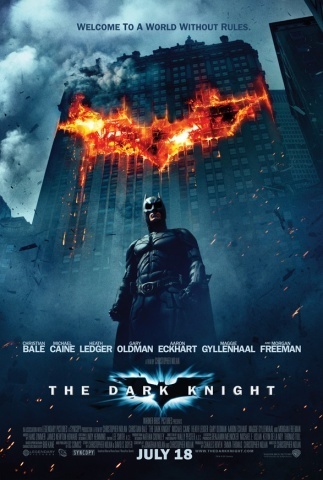 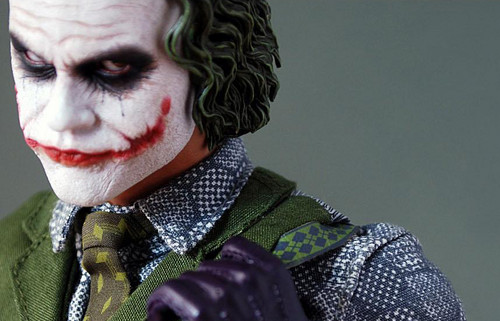 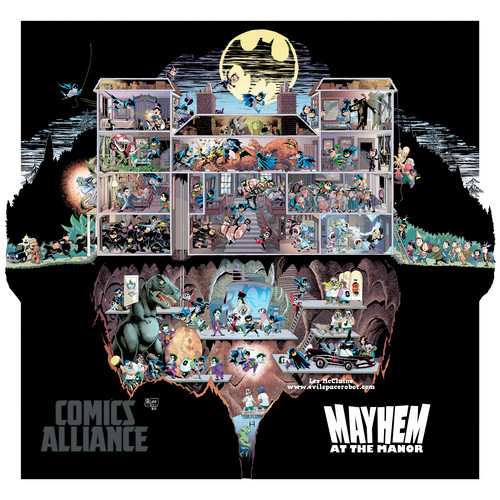 2
Mayhem at the Manor
added by josch
Source: www.evilspacerobot.com 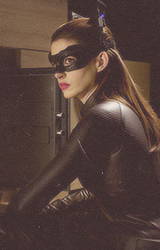 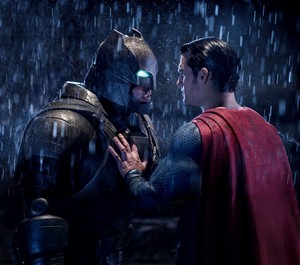 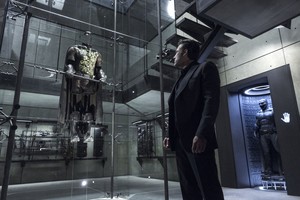 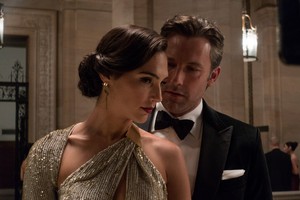 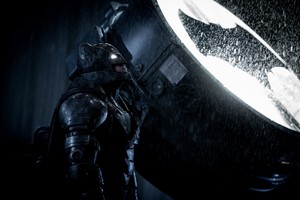 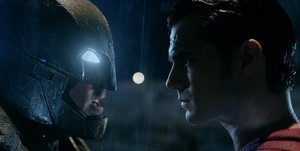