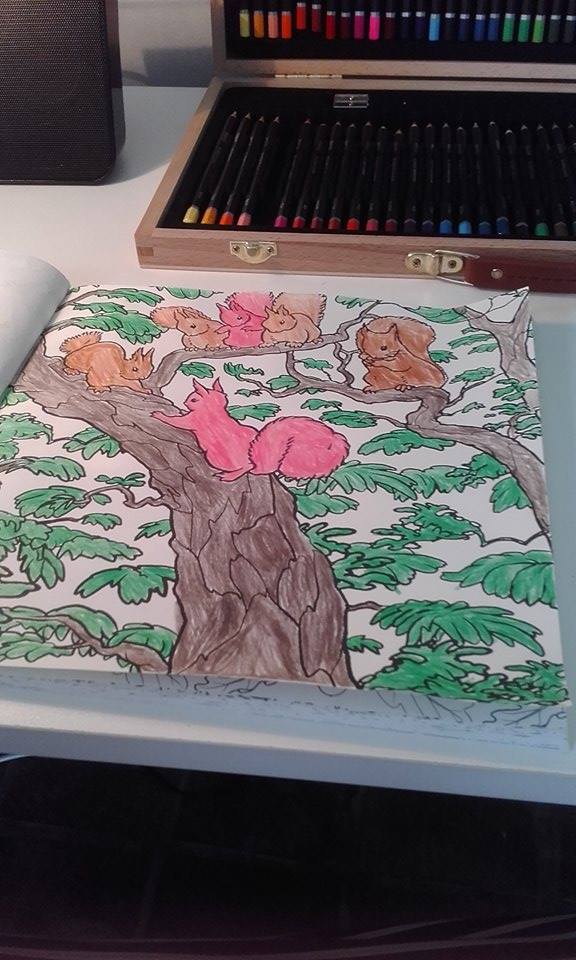 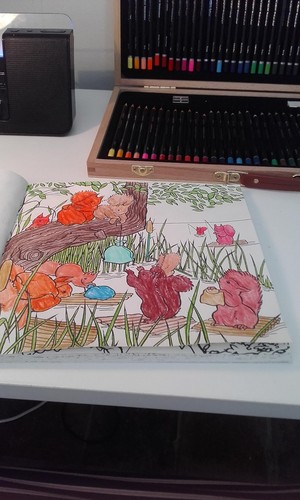 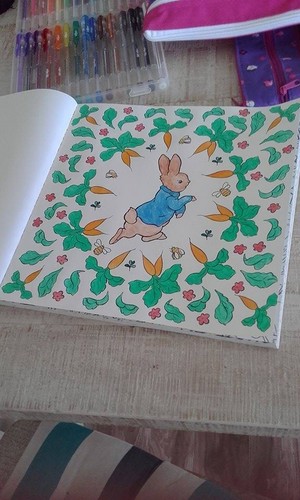 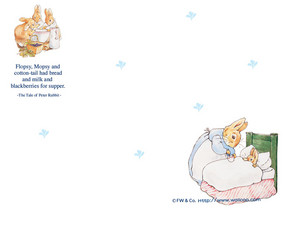 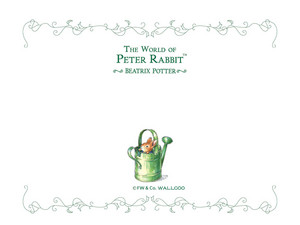 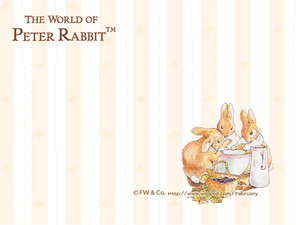 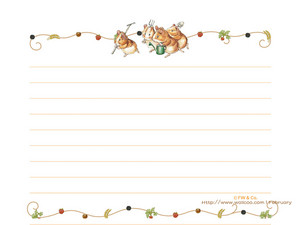 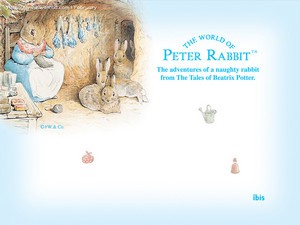 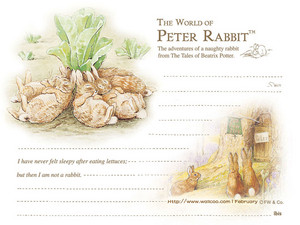 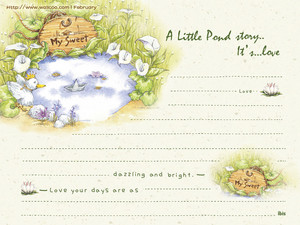 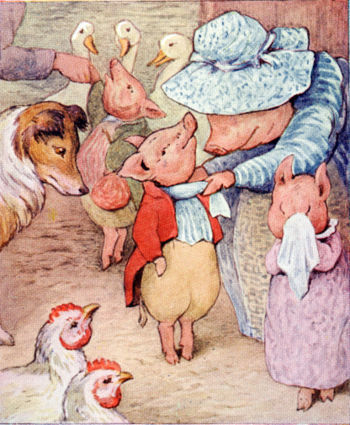 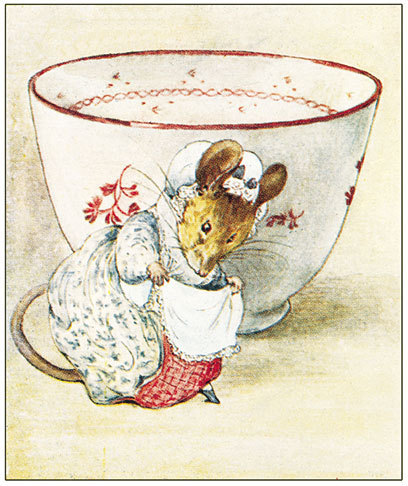 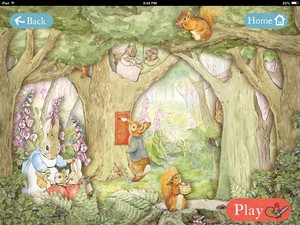 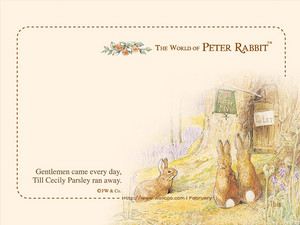 Beatrix Potter
added by jessowey
Source: wallcoo_com
The Tale of the Flopsy Bunnies
posted by hornean 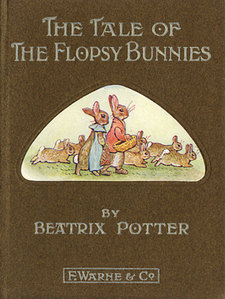 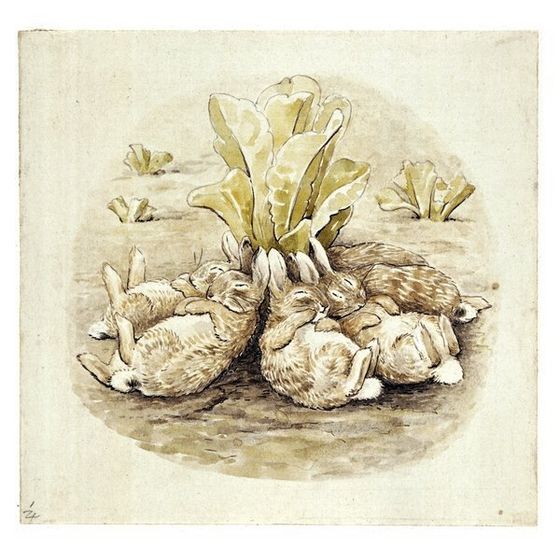 It is said that the effect of eating too much lettuce is "soporific."
I have never felt sleepy after eating lettuces; but then I am not a rabbit.
They certainly had a very soporific effect upon the Flopsy Bunnies! 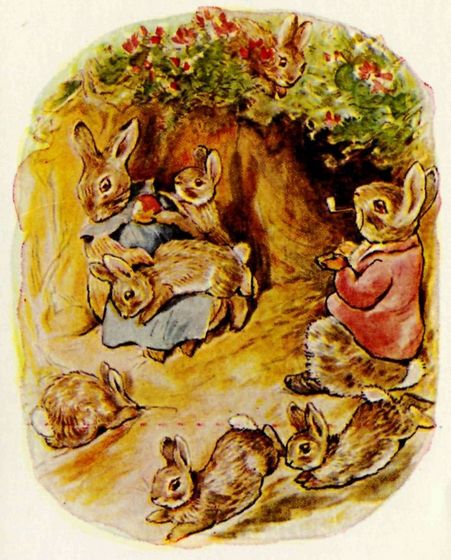 When Benjamin Bunny grew up, he married his Cousin Flopsy. They had a large family, and they were very improvident and cheerful.
I do not remember the separate names of their children; they were generally called the "Flopsy Bunnies." 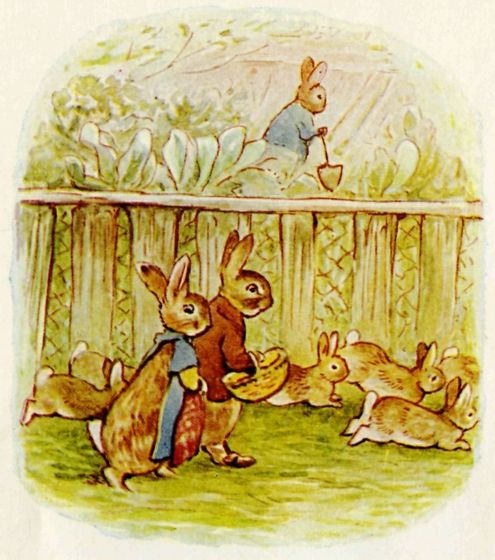 As there was not always quite enough to eat,—Benjamin used to borrow cabbages from Flopsy's brother, Peter Rabbit, who kept a nursery...
continue reading... 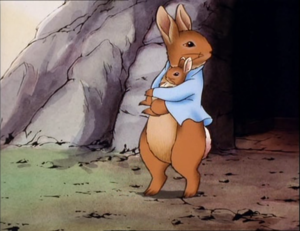 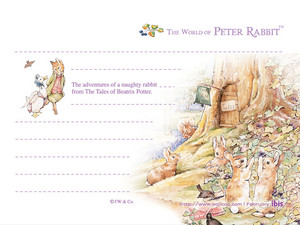 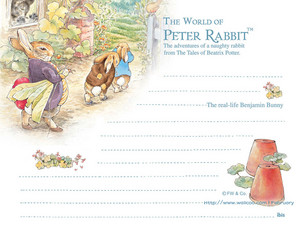 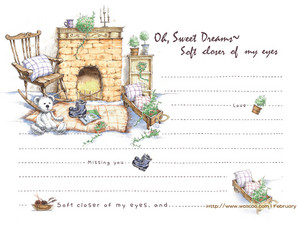 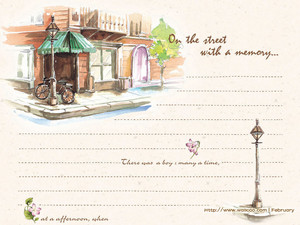