2
Amazing Grace Commentary
posted by criminalminds15
During the director/actor commentary of Amazing Grace Benedict was mentioned a few times.

Michael Apted (MA): ...Benedict Cumberbatch, this is his first really big role, and what was so interesting, meeting him, was just like Wilberforce comes from a trading community, it was important that William Pitt came from nobility, and as soon as Benedict walked in, you knew,
Ioan Gruffudd (IG): Immediately. Yes, he has that sort of quality about him.
MA: He has class.
IG: Absolute class. Classy guy. Absolutely.
MA: It's hard to act that sort of stuff. So when I was doing all this casting, it was sort of crucial to me who actually had that innate breeding.

MA: Did you enjoy working with Benedict?
IG: I loved working with Benedict. We had a wonderful time. It's so important to have that relationship formed, so we did become very, very good friends. We see each other quite often, now.
MA: Did you work the same way?
IG: I think we do. I don't want to comment on his sort of process, but I think we both work, I mean, sort of from the outside in. I wouldn't necessairly call us both two method actors, you can't really with this sort of stuff. I mean, the language is there for you, it's all there in the script.

MA: Did you have trouble rolling that [the petition]?
IG: Yes, yes. I thought myself a little bit of a cricketer, a sort of slow-medium paced bowler, and [laughs] Benedict and I had been playing 10-pin bowling and I thought I'll get this down then, no problem, and I couldn't do it for the life of me. It took forever to get that thing to roll out properly.

IG: I love the fact that Benedict decided that he was to drink port as much as he could during the movie because obviously he [Pitt] was sort of addicted to drinking four bottles of port a day.
MA: Six, I think. He drank six bottles of it a day.
IG: And still stood up in Parliament and ran the country.
MA: And I think the thing killed him in the end. But we were always, where ever he was, he [Benedict] wanted a drink. It's kind of disappointing because you have to do it so often, and no one notices.

MA: He did very well with this didn't he, Benedict. Holy cow! We thought he was seriously ill when he was doing this.
IG: He's superb. He's such a good actor.
MA: And this is sort of, you know, somewhat, somewhat a homoerotic element to this. I mean, I love this hand holding and this touching thing that you do.
IG: They're showing that they're true friends. Have to bring a human element to it as well.
MA: It's interesting historically that Pitt had no known sexual bias at all, historically. He never had any romantic relationships with women and no one knows whether he ever had romantic relationships with men, becuase although it was a very licentious period of history, people like Fox [played by Sir Michael Gambon] were sort of... there was a huge amount of child prostitution and all this sort of stuff. Nonetheless, it was still not good to come out of the closet for some reason in that society. Whereas in others, greek or roman societies, it was very open. So one never quite knew about his, Pitt's, sexuality. You know, I quite like the fact that we suggest the real kind of... deep feeling.
IG: Yes, yes. Absolutely.
MA: And, of course, you too [Wilberforce]. I mean, you know, there's no question of your sexuality, but there's no history of you having any romantic relationships until you met Barbara [Wilberforce, nee Spooner, played by Romola Garai] and by that time you were well into your thirties.
IG: Yeah, yeah.
MA: And it was strange, because it was such a interesting period of history because there were these great visionary people like you and Fox and all that, and the same people, not you, but Fox and others... it was an incredibly lude time, so it's odd.

[not mentioned specifically, but MA mentions that he brought in someone to teach Benedict to play 19th century golf with antique clubs and such]
iceprincess7492 and p690327p like this 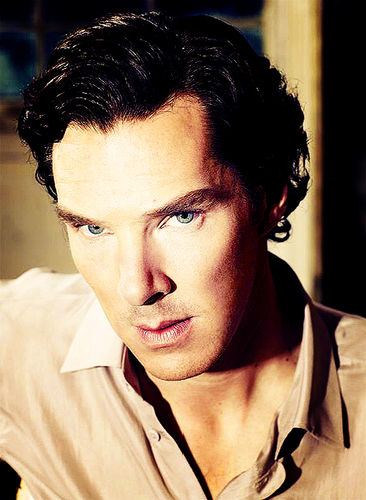 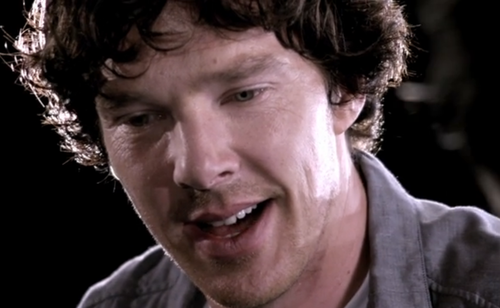 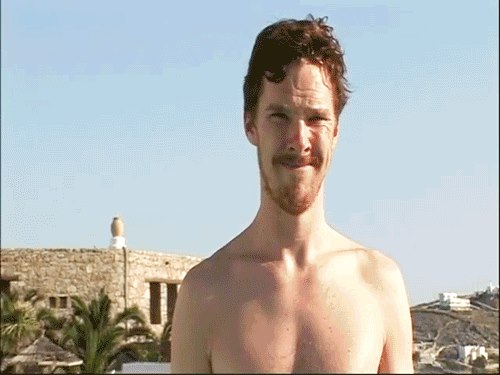 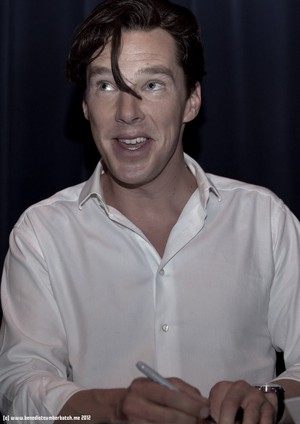 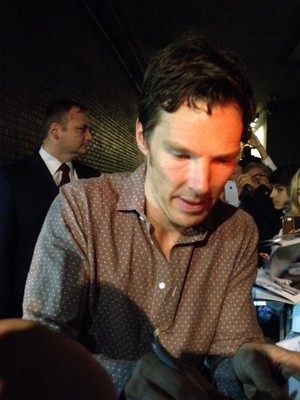 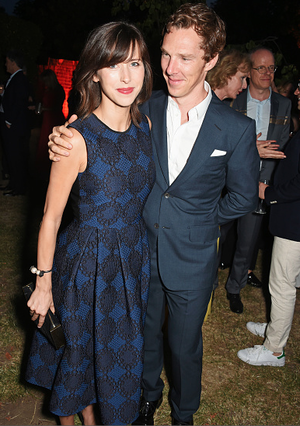 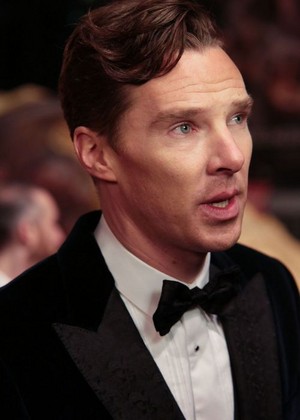 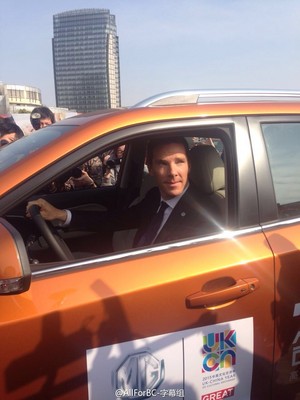 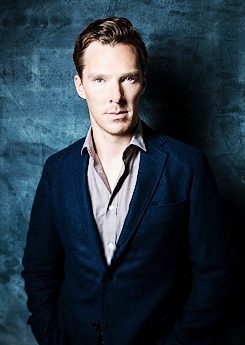 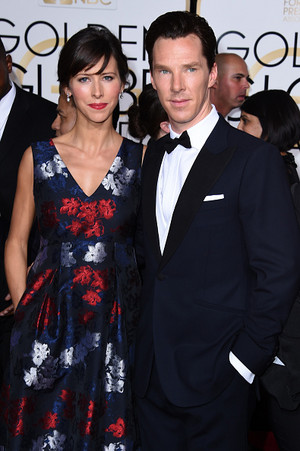 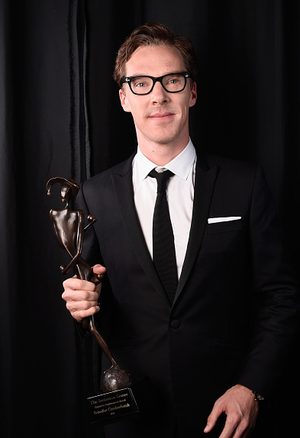 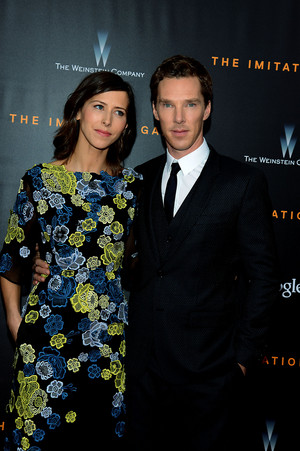 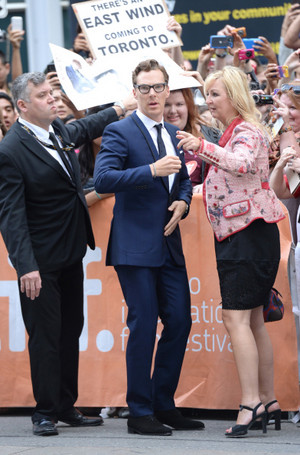 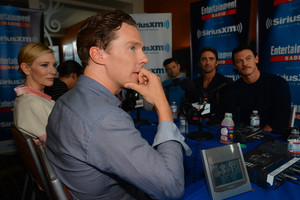 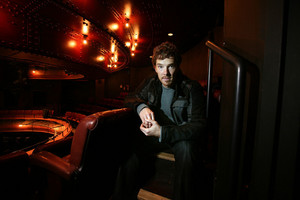 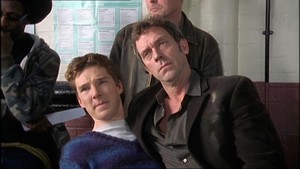 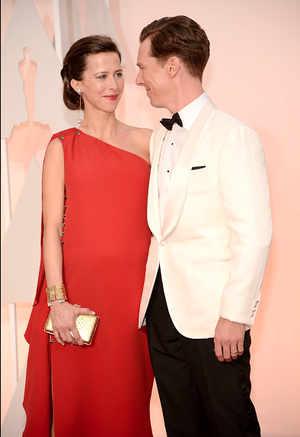