added by RpattzIsLove
Watch at 0.20 sec for Willie & Daniel stuck in an elevator...
video
daniel
elevator
wilhelmina
season 4
TeeFly, BeSafe and 1 other like this
RpattzIsLove OMG.... I had trouble sleeping last night coz this kept playing in my mind like an horror movie!!! Watch at 0.20 sec for the this-is-even-worst-than-puke-enducing-Matt-wannabe-Daniel 2.0-& Betty-together!! From Oysters & Pyromania on livejournal they've outlined few possible scenarios, here they are!! 1)I don't know whether the counselor knows they're a couple, or if he knows they're not. If he thinks they are, he probably will make questions such as "How's the sex life?" (which they obviously don't have). So, when they're stuck in the elevator, Daniel thinks there must be some truth to what the counselor said. And here you go, whatever happens is just to try and work things out at work. (May I add "Initially"? Because we know Daniel tends to be clingy to porweful women. E.g.: Sophia) 2)While they're stuck in the elevator, they probably talk to spend the time, and she might let him see how Connor hurt her, which might lead to him seeing her as a normal woman, and not his rival. Then, you know the drill. That being said, it can also be something completely different. Now, as much as I'm prepared to the eventuality of Wilhelmina just pushing him away and beating him to unconsciousness, I think that's goind to eb developped. I don't think they could have another "It's just to get over Molly/Connor" storyline so close to Daniel's fling with Amanda in 4.08. I'm also hoping the chronology puts episode 4.12 at least a month after 4.11, to give Wilhelmina enough time to get over Connor. ******* No, no, no, seriously, the woman who says "There are trends to be set & dreams to be trampled"?! with Daniel... I'm not buying that power couple vibe going on!!
detty4ever I just try not to think about it, cause honestly, it makes me SICK!!! I want to vomit! Just the idea of the two of them... it's awful! I don't now what to think about this! But there must be some logical explanation, cause this cannot happening! There must be a reason for Daniel doing that...I refuse to believe that he felt the desire to kiss her...:-p I think that Horta plays with us.....He must've been on drugs when he wrote that episode!!!
RpattzIsLove Indeed, or he's sneaky enough and cut the clip short to Daniel leaning in so we don't know what really happens afterwards. Maybe Willie slaps Daniel before he gets too close or something! Hopefully!! Either way, I'm super curious to see how this plays out!!
detty4ever I'm sure that Willy stops it, what bothers me is that Daniel SEEMS to have the intention to kiss her..(ok, honestly I never thought that we would discuss such a thing!) It's crazy and it makes no sense that's why I want to believe that it's a dream or that they have made the promo like that as to appear that they kiss, whereas in reality they don't! And what a minute in the last eppy we were led to believe that Marc (finally!) shaves Daniel..so why does he still have the beard in the elevator-scene??
RpattzIsLove Dunno about the beard.. As for the kiss, we ARE discussing our impending doom, or apocalypse which is terrible!! OMG detty4ever a DREAM...didn't thought about that one, so pleeeeeeeease let it be it!! Ahh I know, since Amanda is planning that whole mommy & daddy from Mode discussion with a counselor, maybe as a result, Daniel has a nightmare...
detty4ever Yeah, it could be a nightmare..There's also a red light during that scene that makes me think so.. Anyway, whatever it is, Willy is not a threat to the Detty! That's for sure!There are other things that threat our ship, but in my opinion, Willy is not one of them!To see those two together, would be completely AWFUL!I could more easily see Daniel becoming gay and elopping with Marc X-D, rather than him and Willy becoming lovahs! No way! Besides Willy's happy ending is Connor!
RpattzIsLove Ahhhh!! My thoughts exactly, I'd willingly push Daniel in Marc's arms if the world was ending & Willy & Marc were the only ones left on this little green planet than see Daniel end up with the Devil... Maybe it's coz too early in the morning, but what about the red light that would explain the nightmare ?!? I'm confused like Amanda here when she has one of her moments of "I'm not brilliant, I'm beautiful!" Indeed, Willy already has her soul mate, no matter if he's in jail or if he planned not to marry her... Love conquers all!!

13
Daniel & Betty - Wherever you will go
added by flyleaf
video
ugly betty
daniel
betty
3
Awkward Couple (A Fanfiction)
posted by BeSafe
Hey guys so this is yet another Daniel/Betty fanfiction that I wrote...this one started off as Betty/Becks and grew into Detty, so I hope you like it...:)

Disclaimer: Totally one hundred percent NOT mine…never have been…sadly never will be.

A/N: Hope you all really enjoy this story. Sorry it’s so late coming but school has been crazy lately and I have been out of town anyway…I don’t know how it will end up yet, but I am thinking it will be Betty & Becks all the way…with Daniel friendship…kind of different for me but hey its worth a try.

Two for the Price of One 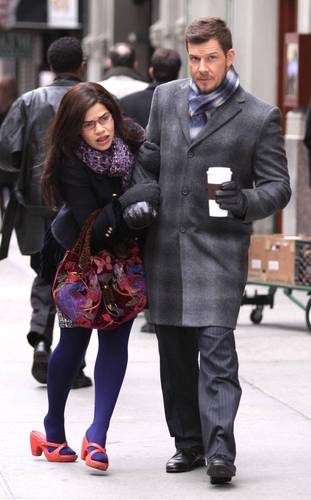 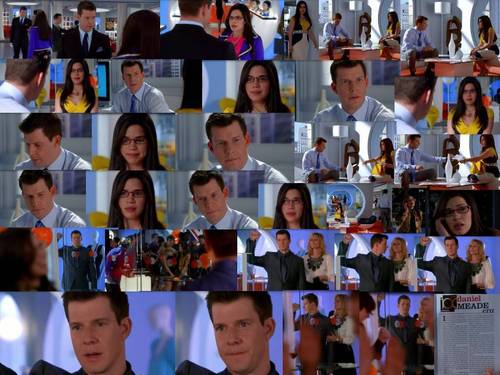 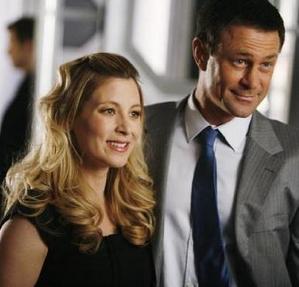 Molly Schmolly
When I read that Molly had cancer, which was obviously the reason for her farewell in the series, I kinda felt sad. Because as much as that was unexpected, it still felt cliche. You know what would have been better? Something else.

So I was reading through fiction when I came across this fic: **Detty Hit and Run (written by englishstudent01). When I read it, it made me realize that this should have been a better exit for Molly. A totally 'in-your-face-you-shouldn't-have-been-here' kind of moment. If this fic happened, I would have rejoiced. To dislike her is one thing, to see her get arrested...
continue reading...
2
Our top 5 Detty moments...
posted by jmpm
1 We Daniel said: You are so cute when you are mortified.

2. When Betty was dreaming of Zachary and it was Daniels hand in her shoulder.

4..The way that Daniel looks at Betty in the in and out ep in the bridge. That was the first detty obious moment.

5. When Betty stayed over the night because Daniel didnt want t be alone in a room. So sweet playing games and watching TV!!!!

Hi to alll the beautiful UB fans out...
continue reading... 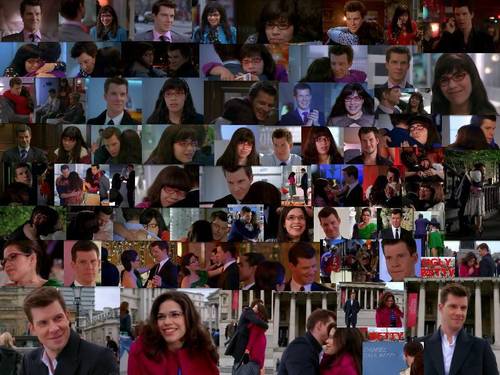 Detty from the beginning: Hugs and moments
added by Lilouth33 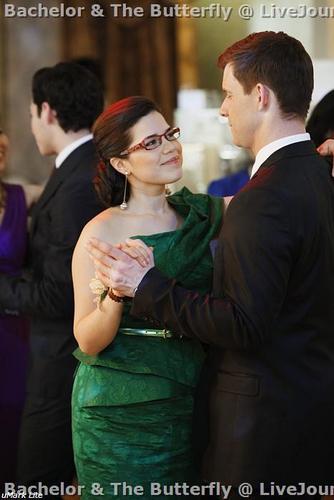 4
Meant to be!!
added by detty4ever
Source: london girl 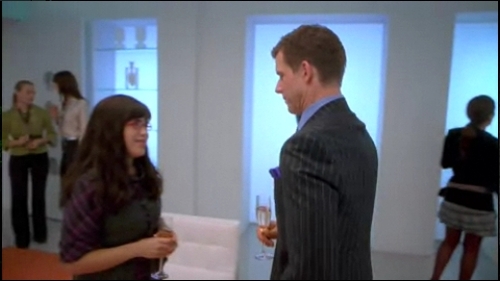 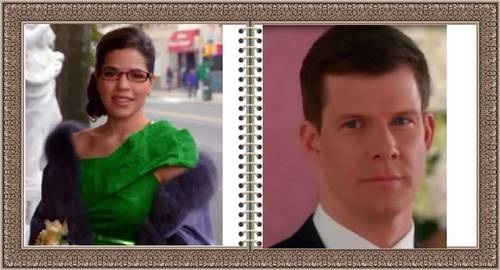 2
You look great
added by Lilouth33 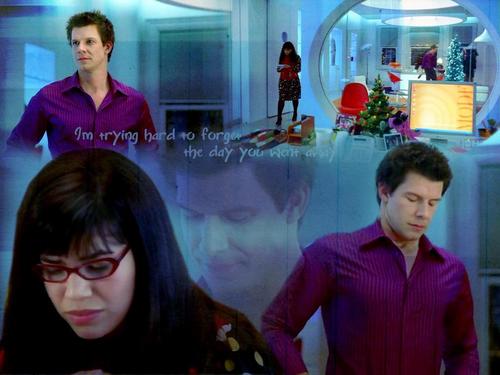 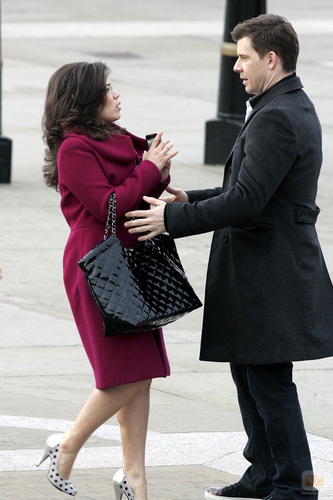 This is for my friend Charlie (HumanNature207) on YouTube. She is one of the best of friends, and she loves detty as much as I do. So Charlie, this is for you girl. Thanks to my beta Insaaf for the help as always
Please Read, Enjoy and Review :)

It was nightfall. Betty Suarez held her umbrella carefully over her, shielding herself from the pouring rain. She was heading home after a late night at work with her boss, Daniel Meade. All she could think of as she started to cross the street to her apartment building was drying off and getting into her...
continue reading... 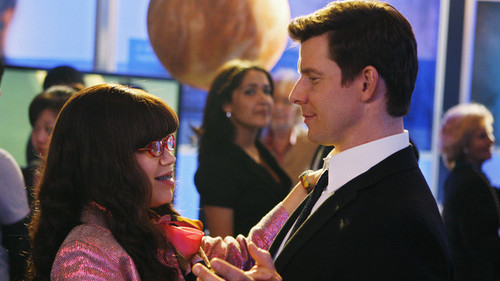