19
E-mail from Andy’s Dad Chris about the Golden Gods Awards. Read it and spread the word, please
posted by rakshasa 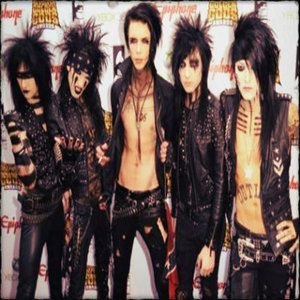 Hi! Amy and I had a great time at the Golden Gods Awards on Wednesday night. As you may already know, BVB got Best Guitarists and that’s a category that in hard rock and heavy metal is pretty damn important. 2 GG’s in 2 years for BVB is just fine with me and I was really happy and excited for Jake & Jinxx. They deserve recognition for being the incredible musicians that they are. Andy was really happy that they won the award, too. He gets plenty of attention and accolades for being the face and image of BVB and seeing how happy and excited his bandmates were to win GG’s that night was a thrill for all of us who got to share their big moment with them, including Jake’s Dad, Mark, his girl friend, Ella, and Jinxx’s fiancee, Sammi.


As for the performance, what Andy did on Wednesday night at the Golden Gods was risky. He could have gone out there and kissed all kinds of ass. He could have done the stereotypical frontman stage banter about how happy they were to be there. But, he didn’t pander to the people who have openly criticized him, his band and, most importantly, their fans. He demonstrated to the BVB Army that you should always be true to yourself and say what you think. In other words. Never Give In. Never Back Down. He gave the Golden Gods a major kick in the ass fueled by his disdain for the lack of community and open mindedness in hard rock and heavy metal these days. In other words, Andy and BVB brought youth, rebellion and a punk rock attitude to an Awards show that in years past was largely ignored by many in the mainstream media. I find it interesting that because he had the stones to confront the haters, people who lack a similar courage assumed that he was drunk. I can tell you that Andy didn’t have even one drop of alcohol prior to BVB’s performance that night. I was with him on the limo ride over to Club Nokia at 4:00 and all the way up to just minutes before the show began at 8:00, when Amy and I took our seats in the first row of the balcony. He was stoic, a little nervous and extremely focused, like he usually is before every show. Occasionally other band’s members or celebrity types would walk into BVB’s dressing room to say Hi and chat a bit, but, Andy and the other members of BVB were putting on their game faces and preparing for the show. Was Wednesday night Andy’s best performance vocally? No. His vocal cords were already strained and raw from the constant touring that BVB does and he couldn’t hear himself at all through the stage monitors. I keep trying to get him to wear those in-ear monitors, but, he moves around so much and says there’s dead spots on stage where they don’t work. But, I can tell you that he never complains about the sound mix or points a finger at the techs, the sound man or anyone else. He just gives it everything he’s got and tries to make up for it when he’s not at his best vocally with greater intensity, passion and more animated facial expressions. He puts on a show! Andy knows that he will never be the best singer. He jokes that he’s not a singer at all, but, more of a ”vocal stylist.” He’s a frontman. An entertainer. But, he’s also the guy who tells the fans of his band that when they come to a BVB show they are safe and at home. He isn’t afraid to call someone out from the stage or even jump off the stage and mix it up with them if he feels it’s necessary. Sometimes he cares so much about his band and it’s fans that he overreacts to the negativity thrown at them. But, I’ll take an emotional Andy who cares too much over someone else who cares little, if at all, about their fans. 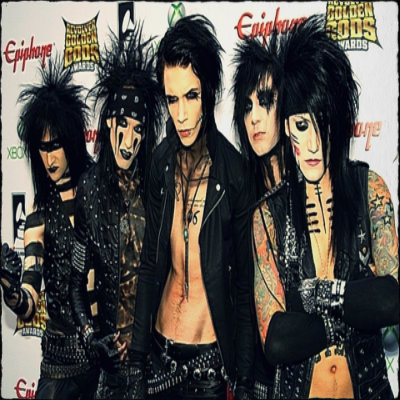 BlackVeilPsycho, ljoegirl4ever and 17 others like this
vampirecookie31 awesome!!!!!!!!
jbiebs22 this was amazing! i love jinx and jake. congrats to the btw of them!
bvbobsessed Love this Jezzi:) 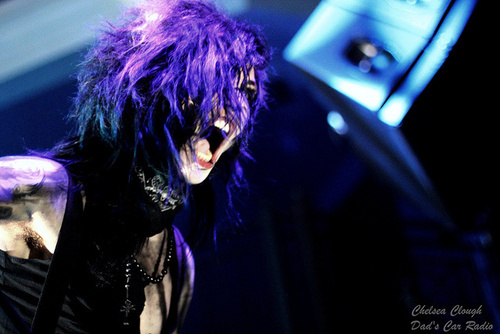 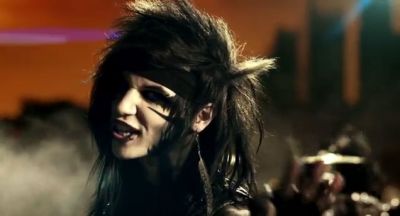 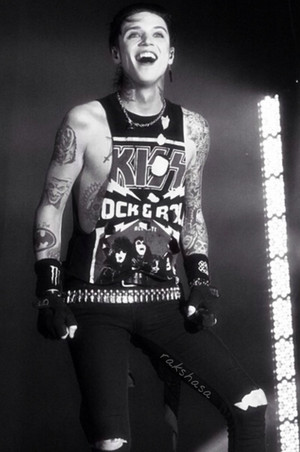 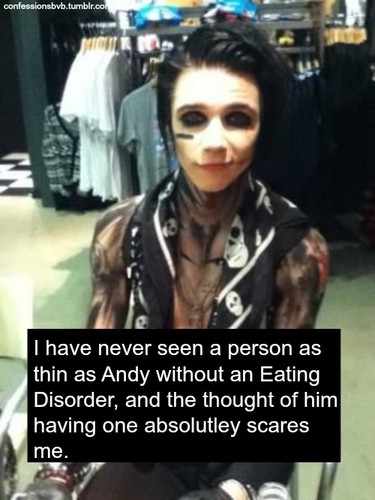 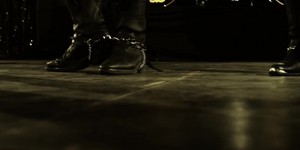 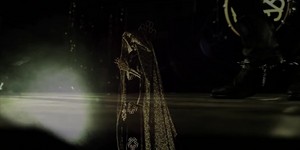 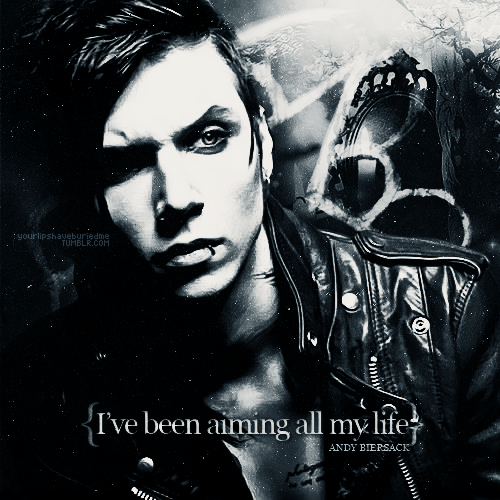 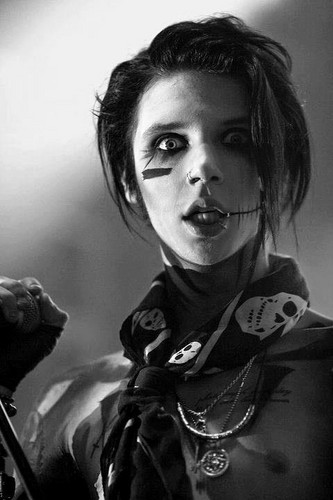 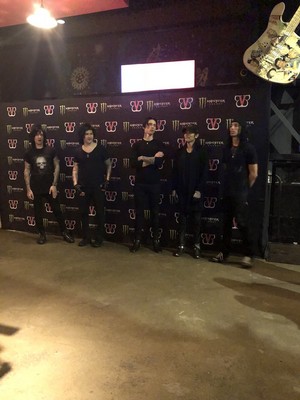 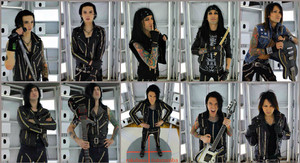 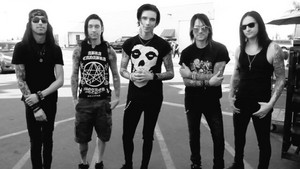 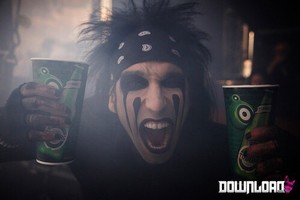 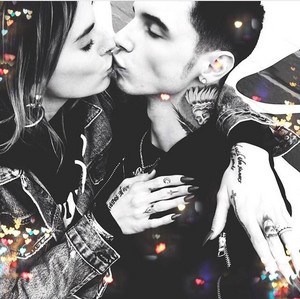 Andy and Juliet
added by rakshasa 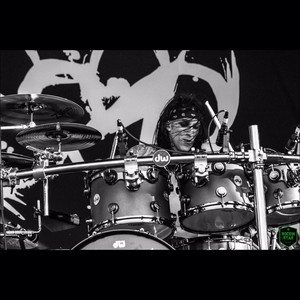 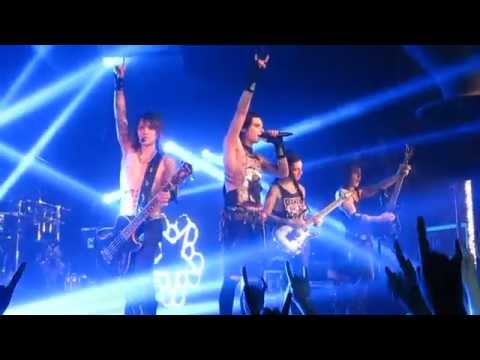 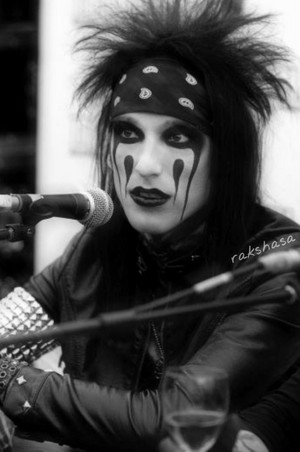 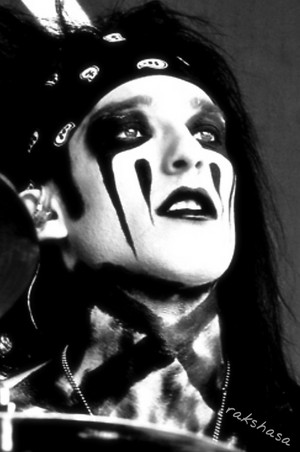 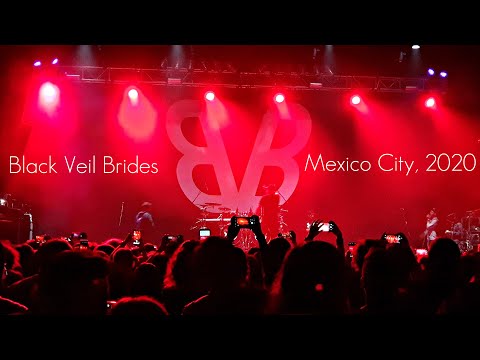