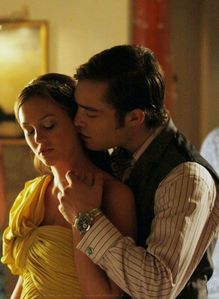 Chuck: Please don't leave with him.
Blair: Why? Give me a reason... and "I'm Chuck Bass" doesn't count.
Chuck: 'Cause you don't want to.
Blair: That's not enough.
Chuck: 'Cause I don't want you to.
Blair: That's not enough.
Chuck: What else is there?
The true reason I should stay right where I am and not get in the car. Three words. Eight letters. Say it and I'm yours.
Chuck: I... I ... [pause]
Blair: Thank you. That's all I needed here.

Chuck: You're lying.
Blair: I am not.
Chuck: Your eyes are doing that thing where they don't match your mouth.
Blair: I wasn't aware that robots got jealous. Did they update your software while I was away?

Chuck: Morning, Waldorf!
Blair: It was until now.

Blair: Damn that mother Chucker! He's totally right! I don't even like James!

Blair: Chuck is an awful person. He does awful things.

Blair: Squash? I'll squash YOU.
Chuck: It's just a game, Blair.
Blair: Not to me, Basshole. I like him!
Chuck: So do I. And apparently he doesn't have too many friends.

Chuck: I thought you might like to meet my friend.
Blair: Why, so she can warn me bout the effects of too much botox?

Blair: Your plan to ruin me totally backfired. Turns out Marcus' mommy is even sicker than you are.
Chuck: You got along great?
Blair: I think she recognized herself in me. Or rather, I recognized something in her.
Chuck: I don't follow.
Blair: All you need to know is, you lost. It was a solid effort.
Chuck: Tomorrow's another day.
Blair: Good night, Chuck.
Chuck: Good night, Blair.

Blair: Notice how my voice didn't go up at the end? Not a question.

Blair: Not that it's any of your business, but Marcus and I have an amazing sex life.
Chuck: Really? [pauses] What names does he call you when you make love? Where does he put his hand? Does he ... [whispers] Have sex with me.
Blair: What?
Chuck: Just once, that's all I ask.
Blair: You are disgusting and I hate you.
Chuck: Then why are you still holding my hand?

Marcus: Blair, what is it?
Blair: You don't understand! I thought it was you! He had an accent!
Chuck: Please, you knew exactly who it was.

Chuck: Watching you fail spectacularly gives me so much joy.
Blair: And you know what you give to everybody else, Chuck? Misery. There's a reason you're always out here alone.
Chuck: Nate just happens to be away at his grandparents'.
Blair: Nate is only friends with you out of habit! The only person with fewer friends than you is Dan Humphrey and even his lame, '90s dad likes him. And that's because he's something you'll never be. A human being.

Chuck: Waving the white flag, are we?
Blair: Not exactly.

Blair: That little troll Vanessa's working my last nerve.
Chuck: Not what I expected.
Blair: Until I realized, this could benefit both of us.
Chuck: You had me until "troll."

Blair: Seduce and destroy.
Chuck: What's in it for me?
Blair: The thrill of the impossible.The only person Vanessa loathes more than me ... is you. It will be one for the ages. Maybe you're not up for it. If memory serves, you've had some mechanical problems.
Chuck: I'll just imagine she's you.

Chuck: We both know you'll do it again. It's just a question of when.
Blair: The answer is never.
Chuck: We're inevitable, Waldorf.
Blair: Despite what attraction my body has for you, my brain knows better, and yours should too. Gotta go! I have a disciplinary hearing.

Chuck: My my, that girl has gotten under your skin.
Blair: The question is, Bass — will you?

Blair: What took you so long?
Chuck: If you thought that was long, you have no idea what you're in for.

Blair: I've been thinking about changing my signature scent. I've been trying out a new one, I can't decide if I like it. Would you mind?
Chuck: Smells a little like desperation.

Chuck: I'll have one drink with you. Unless you can convince why I should stay of course.
Blair. Well, just because we've reached an impasse at a certain issue doesn't mean we can't be friends.

Chuck: I gave you a shot, and while your efforts were admirable ... I'm bored. You ruined my pants. Goodnight, Blair.

Blair: I have an itch that only Chuck can scratch and he won't oblige unless I tell him I love him.

Blair: You have to help me destroy Chuck Bass!

Blair: What do we have, Chuck? You tell me.
Chuck: Tonight. So shut up. And dance with me.

Blair: She is the loosest girl in class, don't you know Chuck doesn't like his fruit pre-picked?

Blair: Only a masochist could ever love such a narcissist.

Blair: Whatever you're going through, I wanna be there for you.
Chuck: We've talked about this. You are not my girlfriend.
Blair: But I am me. And you are you. We're Chuck and Blair. Blair and Chuck. The worst thing you've ever done, the darkest thought you've ever had, I will stand by you through anything.
Chuck: And why would you do that.
Blair: Because I love you.
Chuck: Well, that's too bad.

Blair: It's his father's funeral. He needs to be here and pay his respects.
Chuck: Respect. My father wasn't shown much of that in his final days.

Chuck: Gotta go, can't talk.
Blair: Go where, everyone you know is standing in this room.
Chuck: I don't wanna be here.

Nate: What's he talking about?
Blair: Who knows? When we found him, his shoes were on the wrong feet.

14. In the Realm of the Basses

Blair: Those "matrons" as you call them, are helping me build a life. All Chuck can do is destroy one. I'm not abandoning Chuck. I'm just saving myself.

Blair: Have you seen Chuck today?
Serena: No. Why?
Blair: Did he come home last night?
Serena: Blair, I don't know. What's wrong?
Blair: Yesterday Kweller caught him smoking hash at school. There was a meeting. And to say it went badly would be an understatement.

Chuck: Dear old Dad? Unfortunately all I know is what he didn't want. Which is me. I'm Chuck Bass!!! ... No one cares.
Blair: I do. Don't you understand? I'll always be here. I don't want you going anywhere. I couldn't bear it. So whatever you want to do to yourself, please don't do it to me. Please.
Chuck: I'm sorry.
Blair: It's okay.

Chuck: I'm having dinner with Blair.
Jack: Reschedule Blair.
Chuck: I can't. She's been a good friend to me.

Chuck: I don't need your help. Stop trying to play the wife.

Chuck: I'm sorry. I screwed up.
Blair: It's too late, Chuck. I stood by you through all of this but I can't watch you self-destruct any longer.

awwww, love CB scenes, hope they will be together until 3 season 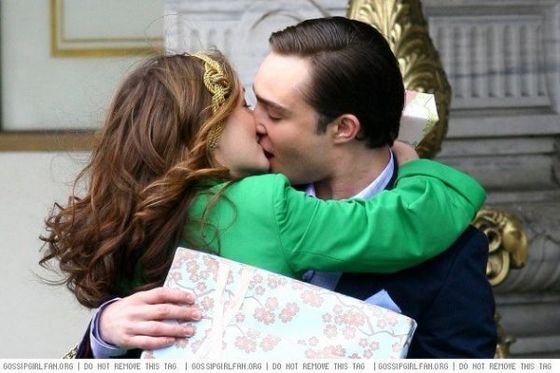 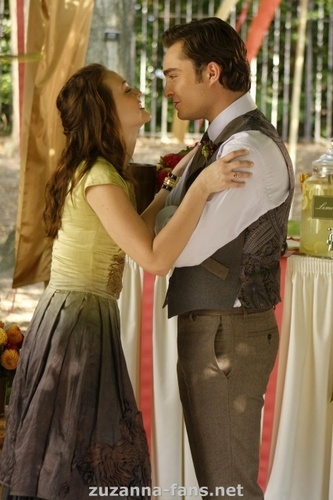 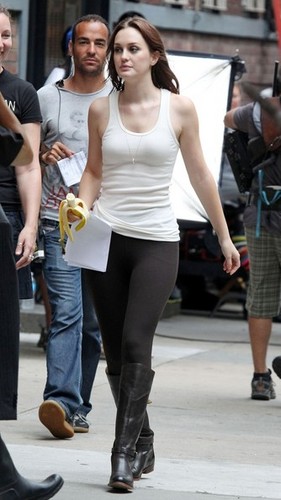 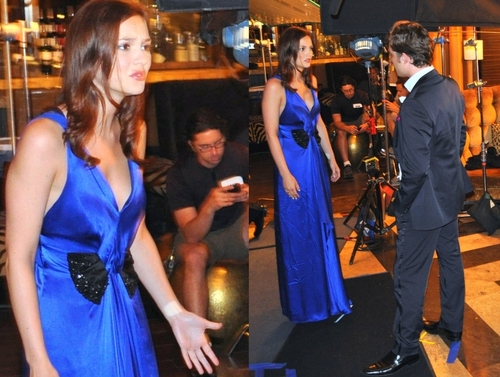 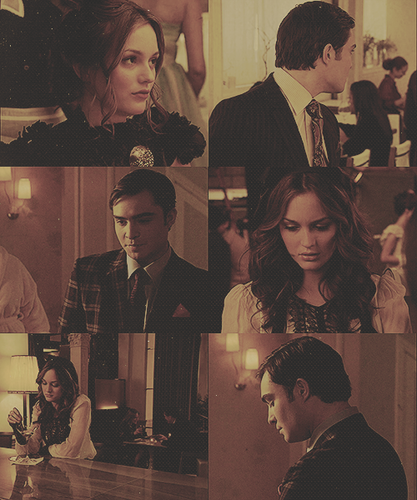 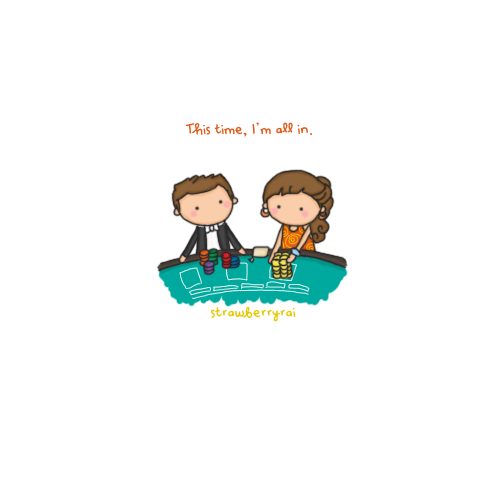 1
This time I'm ALL in ♥
added by laurik2007
Source: strawberryrai.tumblr.com 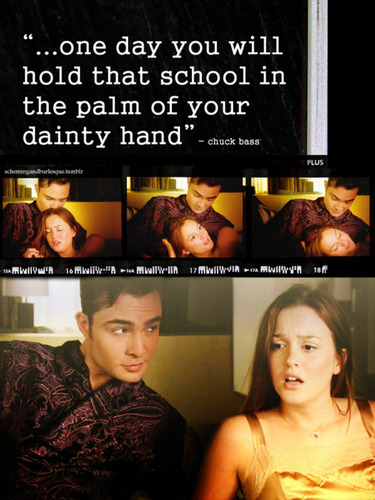 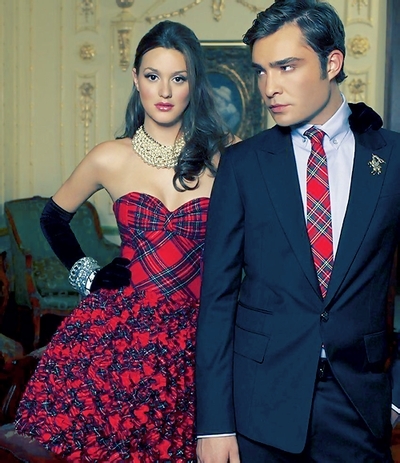 3
Chuck and Blair are awsome.
added by LaPiccolaFra
Source: tumblr 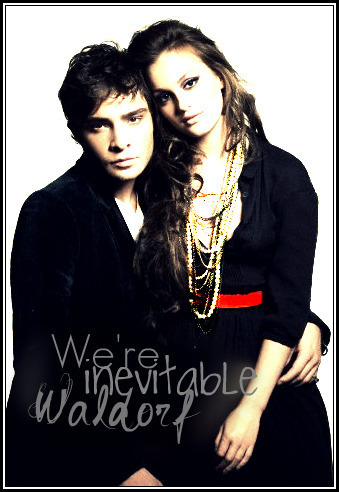 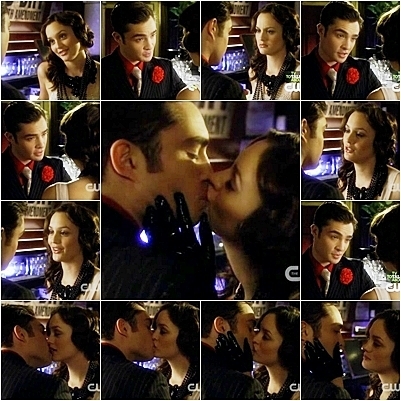 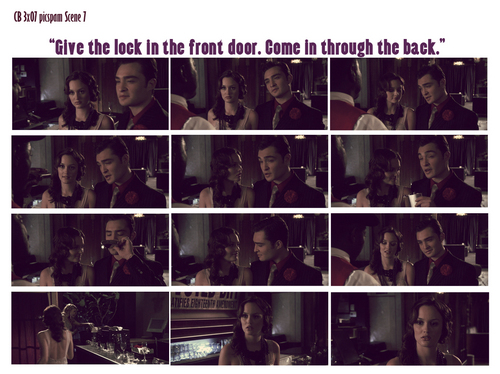 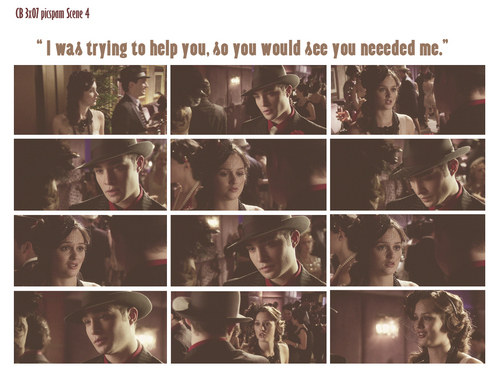 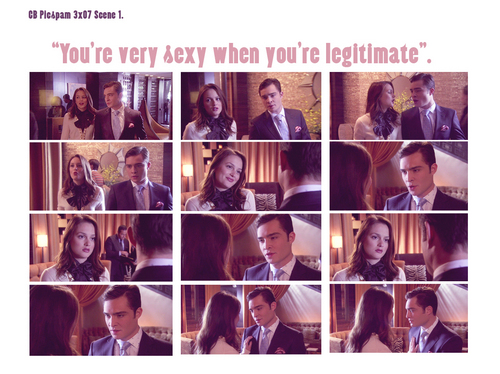 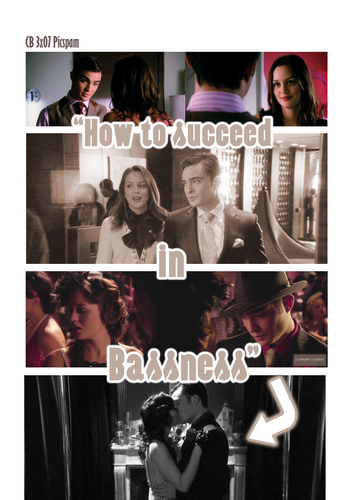