4
We’re Not Even Mad, GG Writers. Just Very Disappointed | cosmiclovecb
posted by laurik2007
After being avid fans for four and a half seasons, recent episodes of Gossip Girl have been a hard pill to swallow. That being said, we have in no way given up on CB or even the show. However, we do have a bone to pick with the nonsense that is Season Five. Oh, and pardon the surplus of f-bombs to follow.

The GG Writers are on something, and we’re both intrigued and terrified about what it could be. All we know is that Gossip Girl no longer makes sense, and we wonder if watching while on the sauce might make the show better (doubtful). It feels as if the GG Writers sat around and were like “Kay. Let’s figure out exactly what made Gossip Girl “the greatest show of our time” and fuck it all up. “Oh, the viewers don’t like Louis? Let’s keep him around forever and have Blair marry him. Oh, Chuck and Blair give us a lot of buzz? Kill it. People find the Dan and Blair isolation storyline awful? Let’s do this! People like Blair and Serena? Let’s fuck it allllllll up.”

We refuse to accept that the writers are purposely destroying everything on their show that 1) WORKED and 2) PEOPLE ENJOYED. This includes: the relationship between Chuck and Blair, the relationship between Dan and Serena, any fun bantering between Dan and Blair, and between Chuck and Dan, the cute dynamics of the Van der Bass-Humphrey family, Nate’s storylines with the mains, and the relationship which formed the foundation for this once amazing show–Blair and Serena’s friendship. Could it be that there is a master plan behind all of this? Or does Safran just really, really suck?

One thing that has us raging and confused as fuck is the incident which shall from here on out be referred to as “The Essay Contest Fuckup” or “TECFU.” It’s bad enough that several relationships were destroyed in about two seconds this season, it’s even worse that they are retroactively destroying the glory days of the show (Seasons One and Two) and taking away from us everything that was once enjoyable about Gossip Girl. In Season One, we loved the seemingly star crossed romance between Dan and Serena and we rooted for Dan to get his golden girl for whom he had pined from afar. Their love was pure and they had to fight to be together. Dan loved Serena so much that he was willing to overlook the that he disapproved so heavily of the UES lifestyle, and all of Serena’s friends. This was a THING. Dan was judgey as fuck, and Serena was not. It was beautiful to watch and re-watch. NOW thanks to the GG Writers and TECFU, that’s ruined. No more taking refuge in watching classic episodes of Gossip Girl because guess what? It’s all a lie! 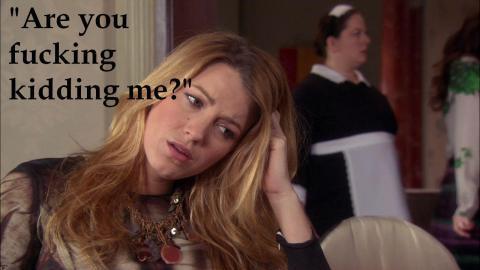 What was supposed to have made Dan likeable was the fact that he, like us, was the outsider, looking in on the UESers. For us, (and we doubt we are alone) Dan always seemed hypocritical, in that he judged the UESers so harshly, while still enjoying their perks. However, we THINK we were supposed to see it as romantic that he sacrificed his normalcy for the love of Serena. Come to find out, he basically used Serena to get “inside” and write a book about it. The same book in which he threw all of his friends and family under the bus, whilst he portrayed the girl he once dubbed as “95 pounds of girly evil” as the romantic heroine to his fanfic alter-ego. Lovely. If Dan is truly our “access point” as Norman Buckley said in link last year, does the fact that everything the audience (supposedly) appreciated in Dan has gone out the window also explain the disconnect so many viewers are having with the show? Well, we don’t think Dan deserves THAT much credit, but it definitely adds to the problem.

What makes things worse is not the fact that the writers chose to pursue a romance between Dan and Blair, but the lengths they had to go to in order to do so. We are equal parts amazed and appalled at how the relationship actually developed. The Blair that is currently “schtupping Humphrey” is not the Blair we have loved for over four years. The Blair we knew and loved was fierce, as was apparent in everything she did. She thought things through. She defended her loved ones to the death. She saw through people. She had backup plans. This new Blair? She’s basically Vanessa 2.0, Bo-Ho fabulous, living in her pretentious little bubble at Whole Foods (or…Brooklyn). 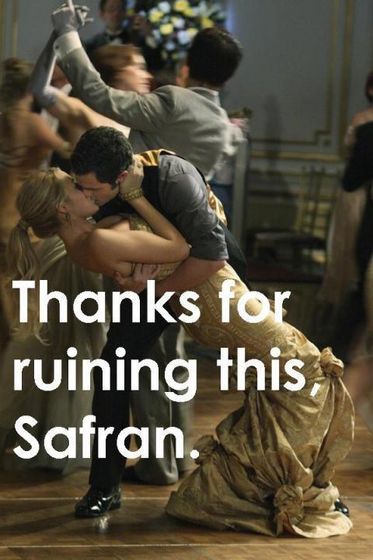 Not only did Blair’s feelings emerge after learning about an incident that up until that point never existed, but the writers also managed to have Blair tell Chuck that she wasn’t in love with him. At least not right now. Not the way he needs her to be. What the actual fuck does that even mean?

She couldn’t have been “in love” with both of them like she was during the Louis/Blair/Chuck triangle? (Side note: GG writers, we have a brilliant idea for Season Six, let’s create a love triangle that involves Blair! NEVER BEEN DONE BEFORE). And why did Serena’s feelings for Dan have to reappear right before Dan and Blair got together? It wasn’t to make Serena an obstacle because that lasted all of about 3 seconds. This leaves us to jump to one of two conclusions: 1) the writers have gone straight up crazy and are destroying everything on purpose or 2) they actually might have a plan. Given that 5.18 seems to involve DB realizing that they’re not a match physically, we think DB are already heading down the “we’re not right for each other” path. By the time Blair realizes she’s a substitute Serena and that low and behold, she actually IS still in love with Chuck (because we all know this moment is coming), will Chuck be able to forgive her? Or will he say this: 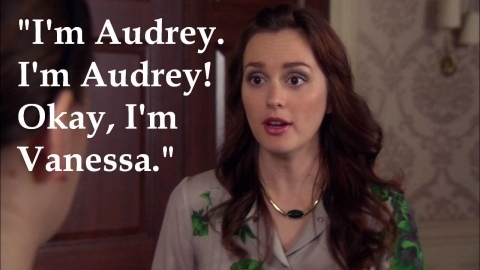 The big question is this: will the GG Writers fix this? CAN they fix it? This quote from Josh Schwartz in a somewhat recent interview link, makes us think it is possible: “We’re very proud of the 100th episode, but my favorite scene has to be Chuck and Blair’s first moment in the back of the limo [during season one]. There’s also a shot of Dan kissing Serena on a cobblestone street in the Meatpacking District — it’s moments like that when you say, ‘This is the show.’”

ORLY? Does this mean that not ALL the showrunners have forgotten what the fuck they have been writing about for five years? Could it be that there IS a method to this madness? 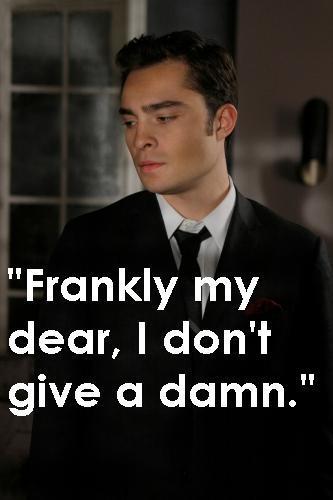 All credit goes to link 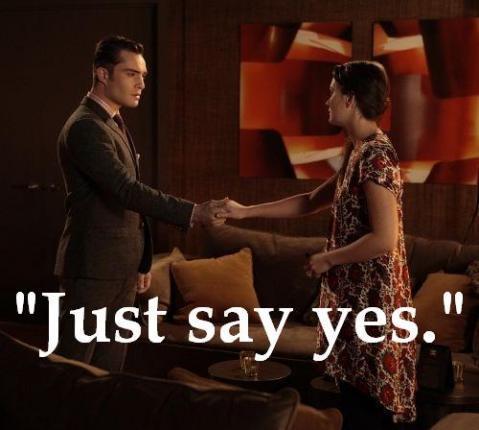 bdavis98, lauraxoxo and 2 others like this
ratava123 That is the best article I have read in a really really long time. My hope and amused level has increased... slightly. :)
nateandjenny i love it!!!! and I wish Jenny would come back for Nate. He needs to stop hooking up with the randoms and realizes he loves Jenny!
amshafe Agree with EVERY SINGLE WORD. I went to their site and posted a comment b/c this is exactly how I feel. Even the most dedicated people are so confused and frustrated. Thanks for posting this.
Angelwriter Oh my god! This was a very very good article and I fully agree with it. It does make you wonder if they've gone crazy or if they're just trying to fuck everything up on purpose.
4
Reality of Perfection (Ft. Chuck, Blair, Nate and Serena) CHAPTER 3
posted by GGirl_CB4BW
Rated: References to adult themes...

Serena was a natural, once she had found her P.A everything had just fallen into place for her. She had just been offered a new photo shoot and was looking forward to getting...
continue reading...
10
The Chuck and Blair Chronicles- Episode 16: Me, Myself and Blair
posted by gossip-girl999 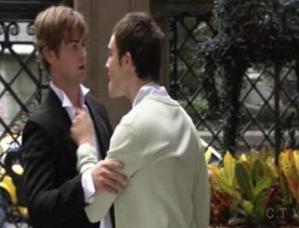 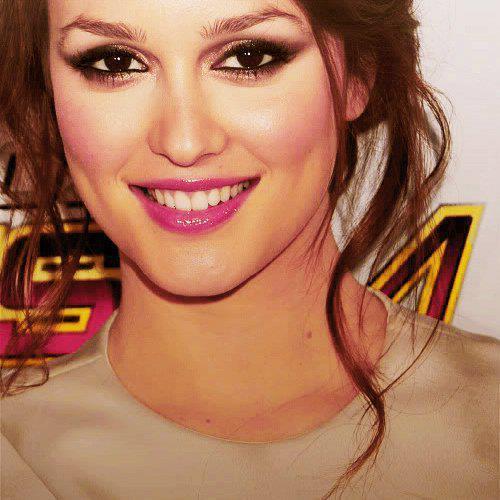 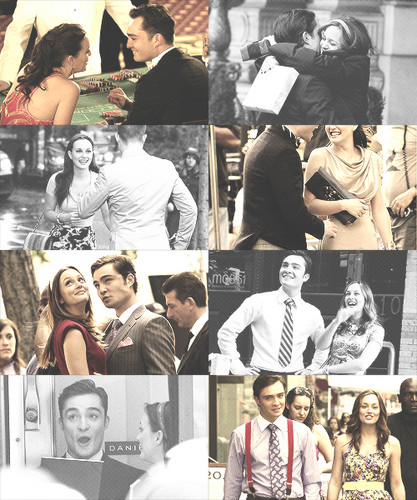