Hi! New update is here :) I love to write this one now so it’s sooner than I update usual and sorry there’s not a new ‘French Kiss’ chapter yet but I’m working on it. - writing based on the movie isn’t as easy as it may seem. I know you waited for the date and it will be in next one – Blair has to have time to get ready, right?

Thanks for reading and all the reviews, keep them coming! And about guardian izz comment about the confusion on Blair’s trust fund and why she hadn’t had money when Eleanor kicked her out. Well she had some but not enough to not work all life. I don’t know how much she would get or other details but as it is AU fic I will leave it like that. And don’t worry she doesn’t only wear Jenny’s dresses ;)

It was Saturday and Blair was officially freaking out. In two hours she had to go to the company’s party with the CEO of mentioned company. And to it all it was Chuck Bass who was known for bedding almost all females who worked or are working with him.

In one word he was probably going to try to have sex with her too. Not that she would go with it. But what if he won’t try anything? That would mean she isn’t even enough for someone without any standards. She shook her head at this thought and went to the bathroom.

Christopher was playing in his room with the new toys he had got from aunt Serena and uncle Nate. He was dressed in grey pants and his favourite blue sweater. He was ready to go when Serena will come to pick him up but she was nowhere near being ready.

She took a shower and stood in the towel in front of her mirror in the closet. She fortunately lost all of the baby weight soon after the birth not really trying hard. But now since she didn’t go out much she had nothing to wear! She didn’t want to look like some sluty interns and secretaries she saw this week, who wore not leaving much to imagination skirts and tops barely covering their chest.

But she had to look hot too. Not for the Basstard of course just to show him she can look good so he will know what he had lost when she will go home instead of wherever he takes them. She had to look classy but sexy.

Before she decided on the dress she heard a ring and after putting her red robe on she went to open the door. There stood her best friend and her boyfriend. They really made a perfect couple. Both blonde and as much as she loved them she had to admit they weren’t most clever people she knew.

But that was what made them so awesome. They were both carefree and walked through life having fun. Everyone loved Serena’s bright laugh and Nate’s all the time confusion.

They were Christopher’s godparents and Blair could really always count on them to look after him or help her when she had one of this moments when she was tried as even thought he was her everything she was after all twenty something single mom.

She hugged them both calling her boy. He was there as fast as his little legs let him. He threw himself at them and Nate lifted him up taking him in his strong arms.

She smiled at this and helped him put his yellow jacket on. Blair kissed his cheek promising to pick him up later. They waved goodbye and she closed the door with a sigh. Time to go back to reality. She had an hour to get ready so she went back to her room.

She spent twenty minutes looking through her clothes before deciding on the purple dress with narrowed straps hooked over her shoulders, which showed her back but not too much to be impropriate. The dress ended little above her knee and she added to it black pumps.

She put on her signature red lipstick, dark eyeliner and mascara. After a thought she pinned her hair back showing her neck. She smiled at the sight of her in the mirror. She looked damn good and he better appreciate it. She looked down at her wrist watch and saw she had ten minutes before his arrival.

She didn’t want him to come up here so she decided to wait outside. She threw on her black coat and took her purse shoving her cell phone in it. She always had it with her if something with Christopher happened. Or sometimes she just needed to hear him when she was in the need of cheer up.

She locked the door and took the elevator. After wishing good night to her neighbor, old lady who lived alone and was really nice, she walked out of the building and after five minutes black limo parked in front of her. Well it’s obvious he would travel in a limo. She shrugged at the thought what else he probably does there.

He stepped out of it and was surprised at her sight but quickly hid it with his usual smirk. She had to admit he looked handsome in his black suite with a matching her dress purple bowtie.

She didn’t know what to say – first time in her life – so she waited for him to start this probably awkward conversation. She had her coat open so it showed her form underneath it and when he stared at her for a few seconds not saying anything she covered herself. He then looked up and offered her his hand.

‘You look stunning.’ He said with seductive voice. In that moment she could understand all of these girls that fall for him.

‘Thanks.’ She then took his hand and they got into the limo. She sat next to him but not too close.

He handed her a glass of champagne and she took it thanking him. She would really need much more if she is going to survive this night. Well maybe not so much since she gets drunk rather fast.

She used to have a strong head but when she got pregnant she stopped drinking and since then she rarely drink at all as she had to watch her baby all the time. She didn’t want to be a mother that comes drunk home and isn’t there most of the time leaving her child with a nannies while she party every night.

‘I see you took my advice about the dress.’ He said winking at her.

Ok, she had enough. Maybe he did make her feel nervous and strange but so what? That doesn’t mean she is supposed to just sit here and listen to this stupid comments of his. She had been doing it all week at work.

‘Sorry to disappoint you but you need to let go of any fantasies you had about me doing anything for you or with you.’ She replayed smiling sweetly.

‘Well you’re here, going with ME to the party as my date. You knew we’re going together so I’d say you dressed for me. And I’m sure we’ll find some other interesting things to do later.’ He said suggestively putting his hand on her thigh.

‘It’s not like I had a choice and just so you know I chose this dress especially for this cute guy from finance’s department. I’m sure he will like it, don’t you think?’ She asked shaking his hand off. She was confused when he just smirked.

‘You meant John? I never thought you like them older. I’m just concerned about him when he will see you in this,’ He motioned at her outfit. ‘you know at his age he can not survive next heart attack.’ He ended smugly.

‘Ughh.’ She huffed and glared at him. ‘That still doesn’t mean I will be doing anything with you tonight.’

‘We’ll see about that.’ He said refueling his scotch. She poured herself more champagne since he didn’t have anything other and she never liked scotch. Hopefully they will have something stronger at this party.

Serena and Nate took Christopher to their apartment and were now watching new Toy Story movie. It was for the boy but they secretly loved this series. And few other for that matter.

They were all eating ice creams and Serena stood up to go get more pineapples ones as Christopher liked them best. She walked to kitchen and her boyfriend quickly went after her.

‘Do you think Chuck could be a guy for Blair?’ She asked taking out the box from the freezer.

‘I’m not sure. I told you he isn’t really boyfriend type but maybe he finally got tried of his womanizing.’ He replayed searching in the cupboard for the chocolate.

‘I just hope she will have fun tonight. Even if there won’t be anything from it she really needs it. She will eventually go crazy from sitting in home all the time.’ She said putting the ice creams to the boy’s bowl.

‘I think that if there is a girl that would tame Chuck it’s definitely Blair. You know how she gets sometimes.’ He told his girlfriend finally finding the chocolate. They took the snacks and started walking back to the salon.

‘Oh yes, Blair can be a bitch at times.’

‘You meant she can not be sometimes.’ He said and they laughed. She gave the little guy his bowl and they sat back on the couch to end the movie. 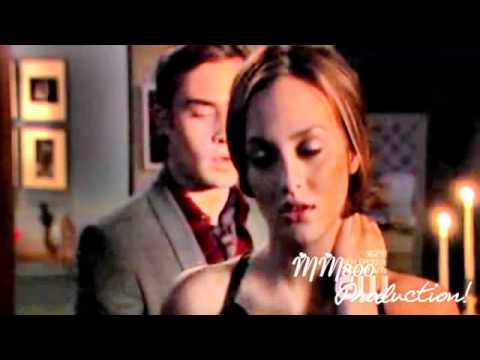 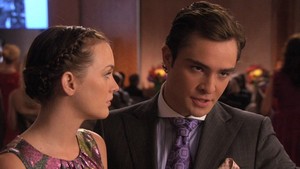 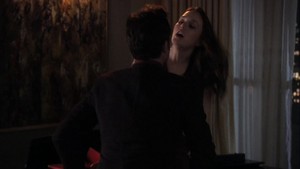 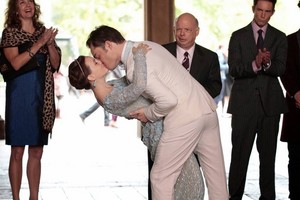 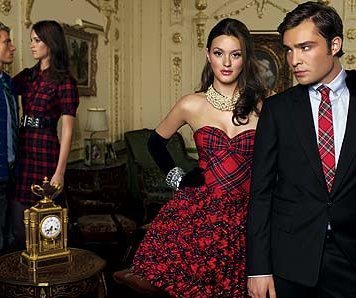 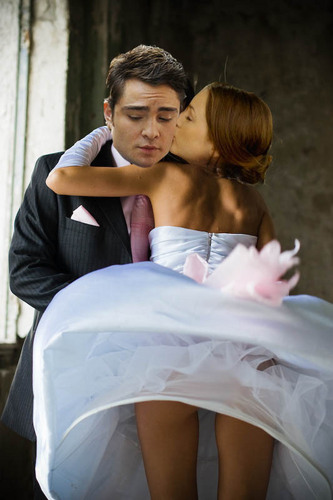 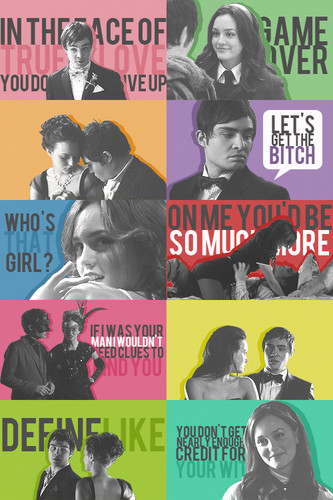 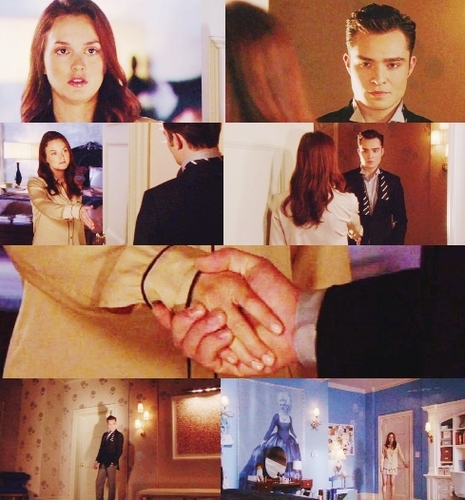 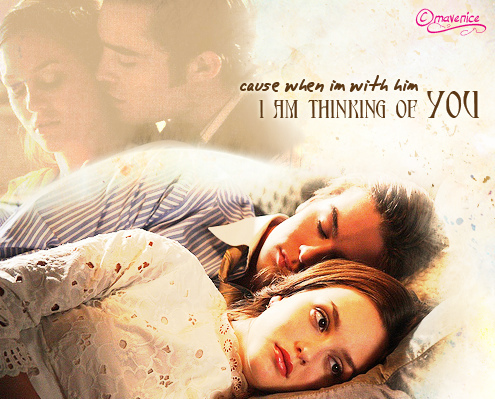 7
Blair And Chuck <3
added by HotStunner 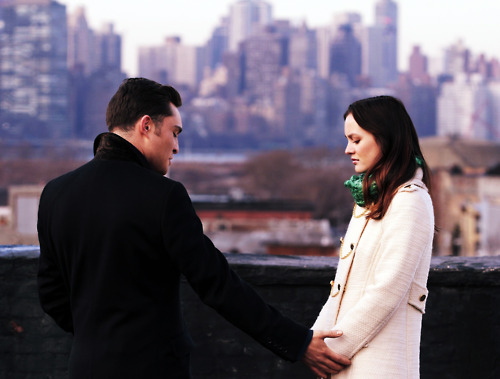 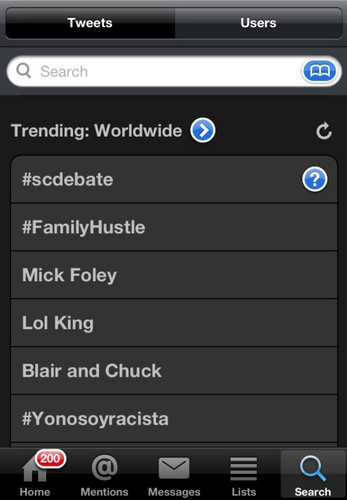 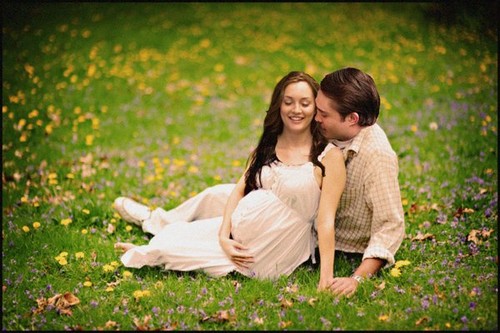 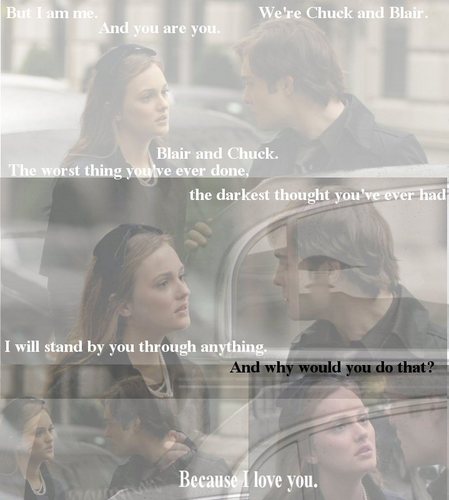 3
Blair and Chuck
added by stephy_rules
Source: me 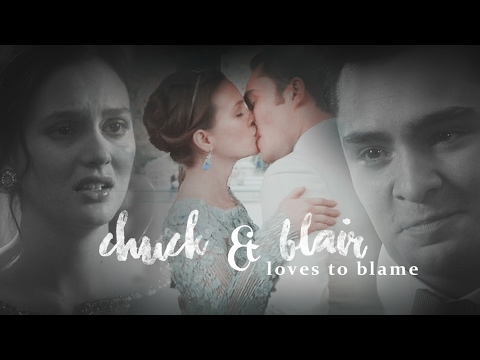 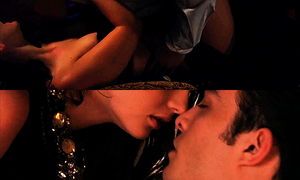