I was only 12 when I first saw him; I was walking to school under the rain, wearing nothing but my uniform skirt and a white blouse, it was so windy, the only thing I remember was loosing my umbrella and being all wet on the street. I tried to run after it, but the wind blew it off too quickly; I was covering myself with my arms and running, fighting the wind and trying to get to school as fast as I could, but I tripped and fell on the sidewalk – that’s when I saw him. He was the most beautiful boy I had ever seen in my entire life, his piercing blue eyes, his messy golden hair and his hard as a rock body, even then, made me forget how my bleeding knee was hurting.

He saw me fall from the corner and came running to help me, without saying a thing he grabbed both of my arms and pulled me up, so he could lift me to his arms and take me to a dry place. My eyes were hooked on his, the raindrops almost covering my sight. “Here… you’re safe” he said, putting me on a bench and sitting next to me; his smile was the most beautiful thing in the world, I just kept quiet, words not coming out from my mouth, only stuck in my head. After taking off his coat and rapping it around me he noticed my open knee “It’s a bad cut, maybe we should get it checked.” I nodded agreeing, but actually not hearing a thing he was saying, I was too stuck on the fact that Nate Archibald, ‘the Nate Archibald’ was talking to me. “Should I take to the hospital then? Or drop you home?” his questions woke me up.

“Oh, um, it’s okay… You see, I was walking to school, so…” I was so nervous and embarrassed. The first time we actually meet and I had to be all messed up, with a busted knee and a see trough when wet blouse.

“You can’t go to school like this, why don’t you tell me your name and I can drop you home then” he insisted. God, I was in heaven there, rapped in his coat and with his arms caressing my knee.

“I’m… I’m Blair Waldorf” I could see that he didn’t know my name, and made a surprised face, like he had never seen me before. “I go to Constance… It’s right next to St. Jude’s”. I have to say that that awkward moment did not make things easier for me; it only made me feel more crappie than before.

“I’m Nate Archibald. I just saw you there helpless and I had to help, you looked pretty bad” he was smiling at me, maybe thinking I was just a clumsy girl, who couldn’t even walk straight on a rainy day; I mean he didn’t even knew who I was.

“I know… My… my umbrella slipped off, but I’m okay now, thanks”, I was holding on to his jacket like a crazy person, I just wanted to feel it, smell it, and maybe, just maybe I’d get his scent… his feel. “And you don’t have to take me home… You can just drop me at school, Serena must be pissed I didn’t meet her today”.

“You know Serena Van der Woodsen?” he asked in disbelief, almost like he was excited for me knowing her; I have to admit that made me feel angry above all other feelings, of course he knew who Serena was, what boy didn’t… and of course he was interested, just my luck.

I was reluctant to respond, but the words came out of my mouth anyway. “Yes, she’s my best friend”, yes and she also outshines me in every way… you must be asking yourself what does the magnificent Serena Van der Woodsen do with a small and 1 year younger brunette who goes unseen like Blair Waldorf – that’s what I felt like saying, because I knew that’s what he was thinking.

“That’s funny, I know her but I’ve never notice you… No offense”, of course he meant no offense, no one ever did, because it was so ‘common’.

“Non taken, look… this has been… fun… but I should really get going home, I don’t feel that good” I know that was weird, I just said I had fun falling and busting my knee, but what else could I say; after Serena came into the conversation the attention went all to her, even though she wasn’t even there, I really wanted out of there. I got up, still with his jacket, gave him small smile, and went my way, without sharing another word, not even a simple goodbye. From the corner of my eye, I could see him get up and leaving, he didn’t even bothered to look back; he just went his away, leaving me to pursue mine.

That was the first and last time we have ever spoken alone. Long story short, Nate went to school that day and asked Serena out while I was at home being bashed by my mother for being clumsy and from falling, because my knee could get a scar. Serena said yes, but only as a friend, and we started hanging out, the three of us, Nate always pursuing Serena and Serena and I always together… Sometimes I could swear he forgot I was there. Only a few months later the bad news came, I knew he was only my friend because of Serena, but seeing him leave the UES made my whole body weaken… I loved this boy, and I’d miss him terribly.

“Hey S, come here” Nate called Serena, while our parent’s were saying goodbye to each other. Serena went to him and I followed her. “I’m going to miss you so much” he hugged her. “I hope we’ll be friends forever”. I swear for the first time I saw Nate acting like the boy he still was, he was tried to act so adult like, but now I could see how much he believed in what he was saying, sure my heart broke hearing him say those beautiful things to Serena, but they were exactly what I was feeling towards him.

“I guess I’ll miss you too” Serena pulled away, she actually thought that was the end this friendship we shared for 6 months, and she didn’t really care. Things come and things go, that was her motto.

“Our friendship will never end” I interrupted. I actually believed what I was saying, I wanted this to last, and I couldn’t let Serena’s bad mood ruin the only good thing she ever brought me… Nate.

“I’ll email you” he looked at Serena. “Okay? And you’ll respond, right?”

“Sure… sure I will Nate.” She nodded disinterested. I just wanted to smack her… of course we’ll email you back.

“Serena’s computer doesn’t have internet. She’s grounded, but she can use mine” I wanted to be noticed by him, and if that meant letting Serena come to my house and reading the e-mails which I dreamt would be for me, so be it.

“You’re so sweet Blair!” He smiled at me, but at the same time his parent’s called him, they had to leave. He noticed it and without another reaction he kissed Serena’s cheek and ran shyly towards his parents… and just like that he left me.

A week later Serena received his first e-mail, she went to my house because I made her read it against her will, Serena had already forgotten about our friend, she had her eye on this new guy in school: Charles or something.

“Hey S, it’s Nate here. Let me just start by saying England is so much different from NY, it’s darker and no fun to be in. The only thing that comes to my mind here is you and our playful times back in your house; gosh I miss it so much… Things here are just boring without you! My school had no uniforms and there’s this guy that keeps wanting to be my friend, but yours is the only friendship that matters… Blah blah blah. Blair I’m bored, can’t we do something else?” Serena asked me, leaving the computer and lying on my bed. I couldn’t believe Nate wrote her and not be, and she wasn’t even interested, she took things for granted, always… I hated that she could just snap her fingers and things happened. I told her I was tired and she left. Alone and sad I decided to finish reading what he wrote her… It was so sweet and he finished it by saying ‘Miss you, Love, Natie’.

Bored with everything I decided to write him an e-mail, I told him how much he was being missed, and how boring this were here too without him, I told him how school was going and in the end I wrote the exact same thing but with my name on it; but before hitting send, I realized he didn’t wrote me, he wrote her, so probably he wouldn’t want to be hearing from me, so I deleted my name and replaced it with Serena’s figuring she was the one he’d respond with exciting and not the boring me.

Not to my surprise he responded only 78 minutes later, saying how happy he was that ‘she’ hasn’t forgotten about him, and stuff like that… I loved talking to him so much, I kept writing him and sharing details of our lived was all we did… We were both top on our class and he was happy because he entered the soccer team.

Serena VdW: Soccer team huh… That must be exciting for you, you’ve always been a maniac about that sport.

Serena VdW: Actually I just got another A, not that that’s new. LOL. What can I say, talking to you brings a smile to my face. :P

NateA: You know what I just found? A photo of you, me and this other girl… Blair.

Serena VdW: That’s so sweet. I miss those times.

NateA: Me too. Although I have been wondering why you don’t send pictures of you, and I keep sending you mine… I have news actually…

Serena VdW: I don’t like sending pictures, you know how I am… I’m shy... What news?

Serena VdW: What? Are you serious?

NateA: Yeah… I just thought I could come back now that my parent’s are sick of England.

Serena VdW: That’s why you wanted my picture? To recognize me??? Sneaky Nate!

NateA: I don’t need a picture to recognize you… My heart will tell me who you are. He knows you better than anyone… We talk every day, and I feel like I could recognize you on a street with a thousand other people.

Serena VsW: Really? Okay, I think we’ll see about that… I gotta get to school. Goodbye Nate. ILY 3


That was our last conversation- it was earlier today. We were in love; I loved him and he loved me… I mean he loved someone he thought was Serena, but was really me. I don’t know how I let it get to this point, but it did… and now, I don’t know what to do, I can’t tell him, but I can hope what he said was true, his heart would recognize the one he really loved.

Please comment and let me know what you think.
Bia
katarinatomic, 123Naki456 and 5 others like this
blairnate1  i love it!!!!
katarinatomic :)

1
king and queen
added by rebeccastro
Source: for me

15
Blair/Nate--Colorblind
added by notesofchange
As Nate reflects back on both the good and bad memories that he and Blair share, he slowly realizes that he loves her and is no longer "Colorblind."
video
blair
nate
gossip girl 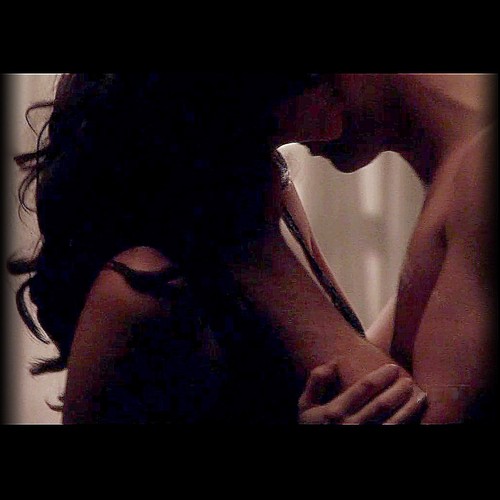 3
Blair and Nate
added by theonlyone 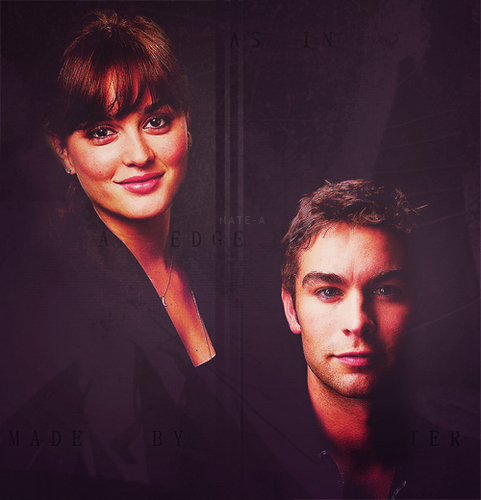 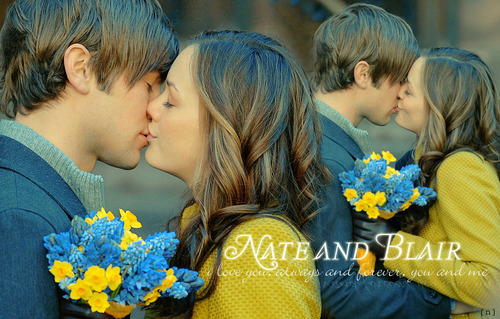 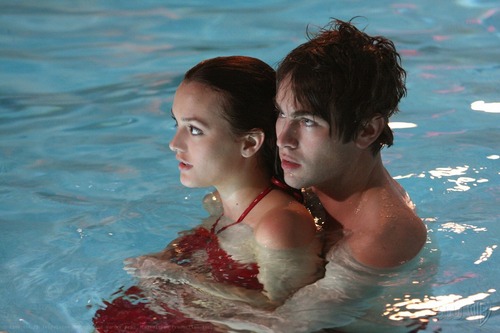 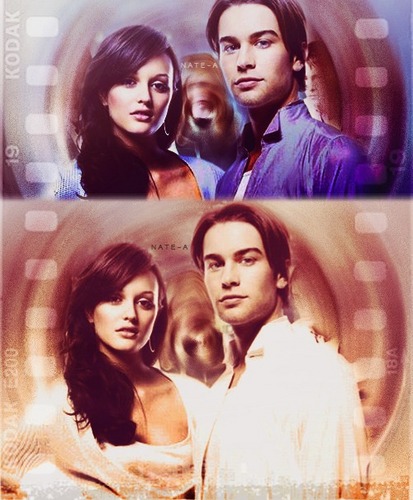 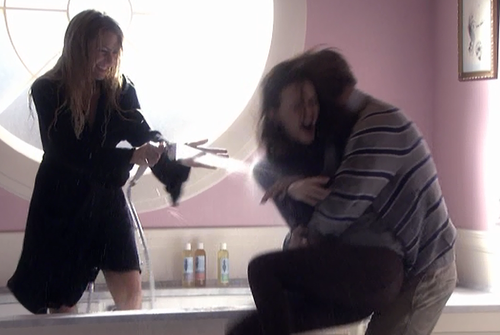 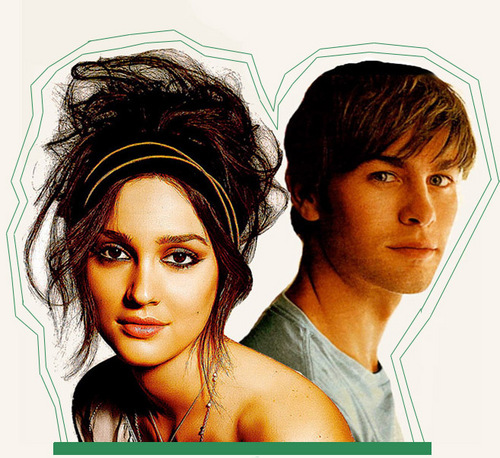 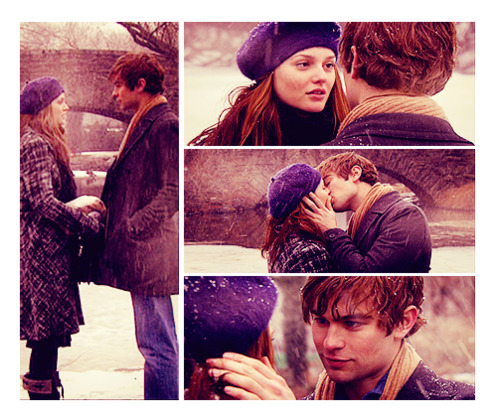 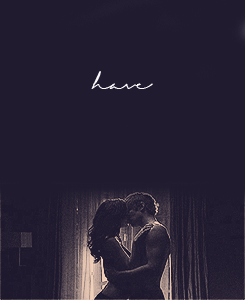 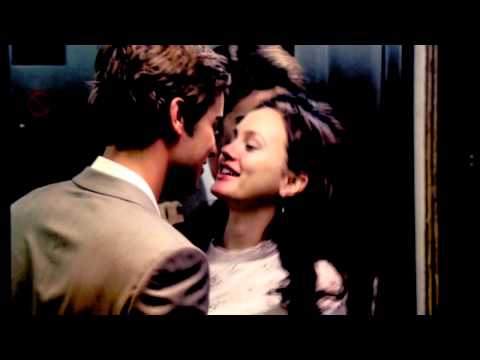 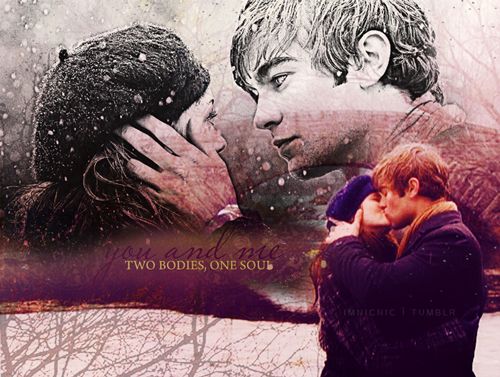 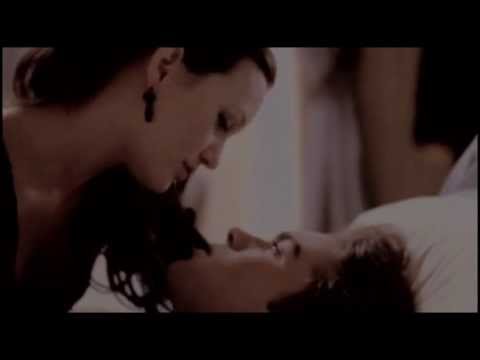