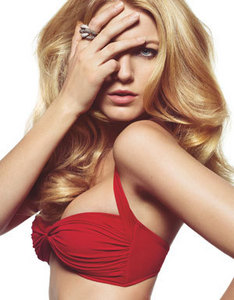 They have been celebrities back at home in the US for a long time now. Whenever Blake Lively (21) and Penn Badgley (22) go somewhere, crowds of fans form, paparazzis keep their cameras ready, film crews even film the walk to the coffee store. “Gossip Girl” (Prosieben, Sundays, 16 o’clock) is the name of the series that has made a young couple a “hot ticket” of the US-TV. Matching real life they also play a couple of the New Yorker High Society. A conversation about love, gossip and desire for fashion.

IN: “Gossip Girl” translates to something like chatter box. Do you also like gossip personally?
BLAKE: Everyone likes to tell stories. And gossip is, of course, even more exciting, if you know the people. But if the gossip’s about yourself, it’s very weird. They once wrote about me that I had been clubbing with some guys. At the moment I’m a victim and that hurts because it’s not me who does something like that. Such stories are just unfair.

IN: Penn, how’s your relationship to Gossip?
PENN: In my opinion gossip’s really negative. I would never claim something about someone, which I wouldn’t tell him to his face. I don’t like it, if you say something bad or mean thing about your fellow men.

IN: “Gossip Girl” has been an amazing way to get started in the show business. What has changed in your life because of that?
PENN: For one we film in New York City. We’re almost treated like the Kennedys there! We We portray the High Society of New York - and it’s really astounding how much people connect with our show. They are amazing to us. To be our age in New York, to go out there - to have the feeling of owning the whole world, that’s just cool.
BLAKE: The cultural life in N.Y. is completely different. The youth of the Upper Class sits in the great hotel lobby drinking martinis and wearing amazing clothes. The freedom that they are granted by their parents is a total different one. Wow.

IN: Blake, you say yourself that many New Yorker Designer are in love with themselves. Have you discovered the desire for fashion through the show?
BLAKE: Oh yes! If it’s possible, I change more than once a day - even when I don’t go out then. Sometimes I put on Manolo Blahniks at 5 o’clock in the morning and walk to the set because I’m thinking: Hey, you have so pretty high heels, when should you wear them otherwise? I have an unbelievable closet (she’s whispering almost in awe and laughs) And the designers are so generous! We’re allowed to keep 80 percent of the clothes we wear on the show.

IN: Penn, it’s safe to say you’ll have a beautiful bride someday. Are there any definite plans concerning a wedding?
PENN: Dear God, no, we’re way too young for that. We are very much in love! But marriage? No, not even close.

IN: But New York would be your future home?
PENN: To be honest I would have never dreamed of living in New York City one day. Sure, I’ve always wanted to live there. I was born and grew up in a hicktown. I sometimes can’t even believe it, everything seems so unreal.

IN: Blake, your alter ego Serena grows up very privileged. How did you grow up? You have four siblings…
BLAKE: My childhood was completely different to Serena’s. My family’s from Georgia, I’m the only one who was born in Los Angeles. We’re a typical southern state family. We’re very conntected to each other. I grew up in a part of LA, Burbank, went to a totally normal high school, was class representative and a cheerleader. It was a very, very normal life.

IN: You now live in N.Y., your family’s still in L.A. How do you keep in contact?
BLAKE: They’re all still there but I try to fly over there as often as possible. They’re my best friends. I have a webcam at my computer and we communicate constantly that way. I also often see my nieces and nephews.

IN: Does that mean that you reguluarly use the internet?
BLAKE: It’s great to stay in contact that way. Especially because I’m away from my family nine months a year. For me it’s really important that I can at least see them through webcam. That way I have more of them than with just a plain phone call.

IN: Are you also on Facebook or MySpace?
BLAKE: No, I’m not. But there are enough people who pretend to be Blake Lively. I was recently told that I had been online on Facebook. I just said “Oh God, that wasn’t even me!”

IN: Penn, are you also one of those internet addicted actors?
PENN: A few months before the start of the show I’d stopped being on Facebook. But the net does offer amazing options for research, of course. It’s changed the world and I also couldn’t live with it anymore. Of course it’s a platform for gossip but it also influences the relationships of people. People exchange infos about hobbies, show their pictures. It’s all very interesting, from a psychological point of view as well. Especially young people use it so naturally, they can practically not exist without it anymore.

IN: What do you never want to read about yourself?
PENN: Hm, to be honest, I don’t like to read everything that’s negative. For one it makes you crazy, it hurts. On the net you also find negative things about you, of course. That’s why I stopped reading things about me eight months ago. You can’t ignore everything. But for every nice word you find, there’s several negative ones. And you can’t also make someone understand how you really are. 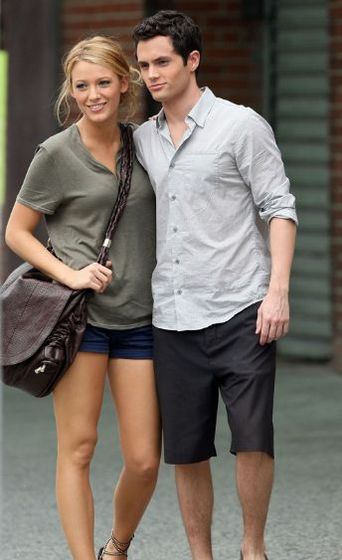 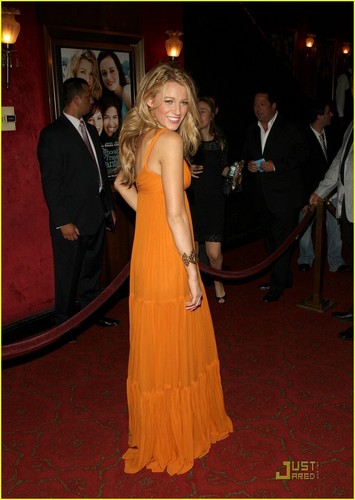 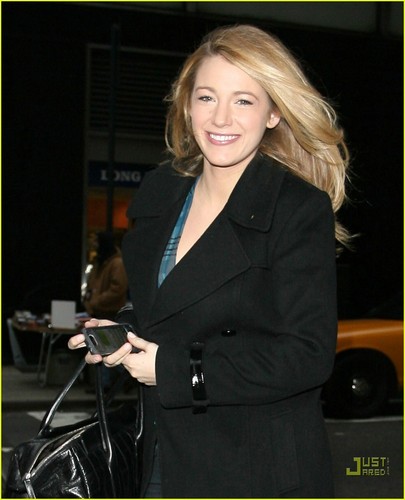 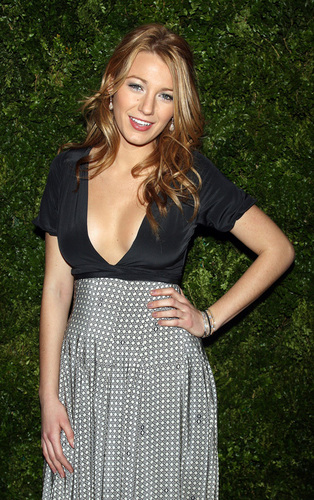 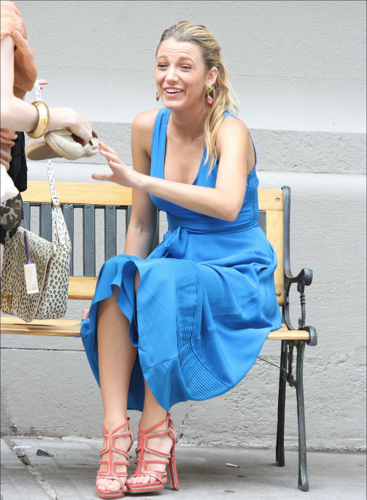 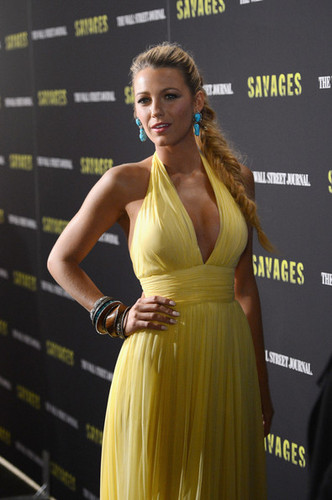 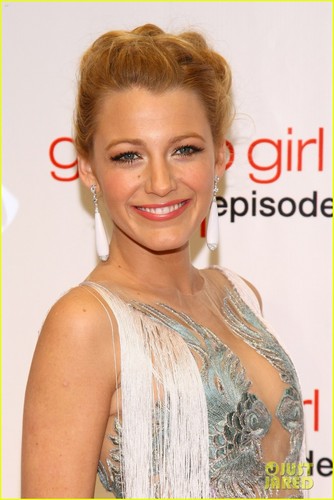 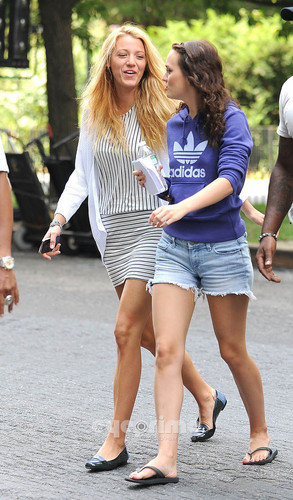 3
Blake and Leighton on the Set of Gossip Girl in NY, Aug 10 [HQ]
added by x-Sophie-Jade-x
Source: eyeprime 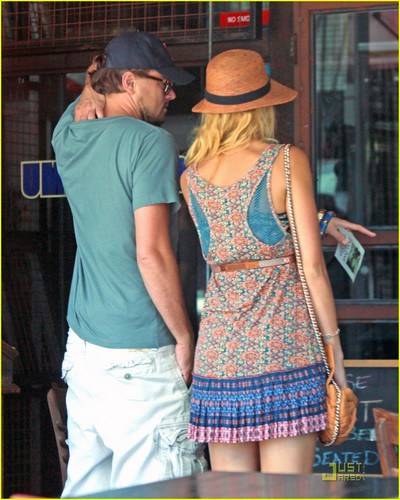 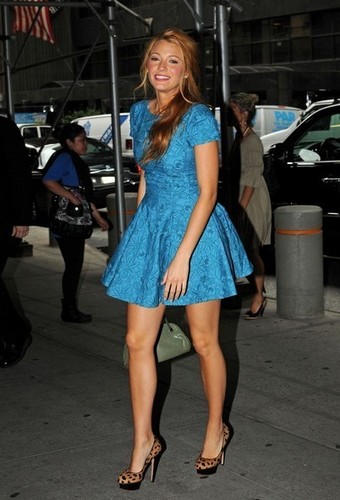 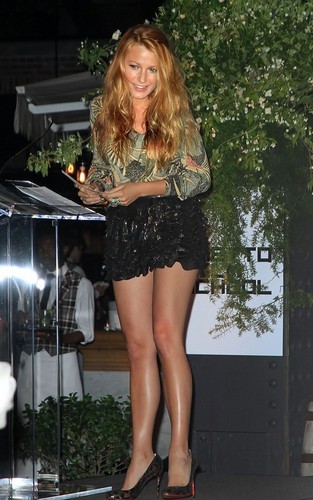 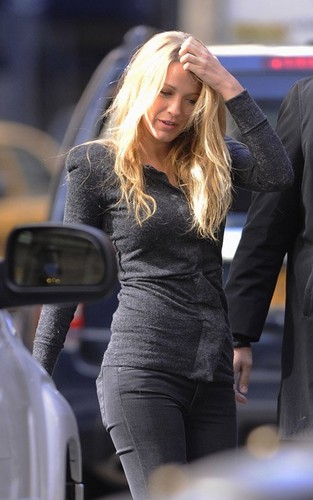 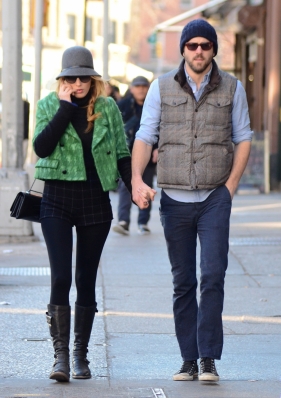 1
Blake & Ryan out in NYC
added by Melissa93
Source: blakephotos.org 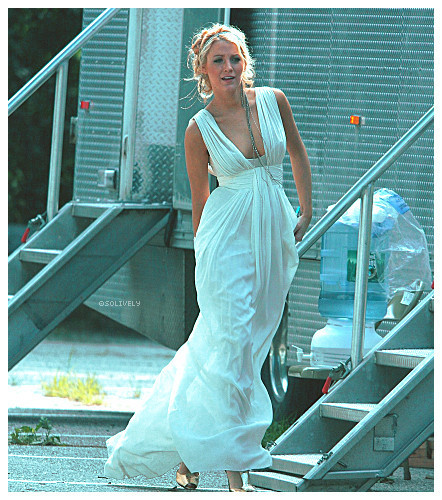 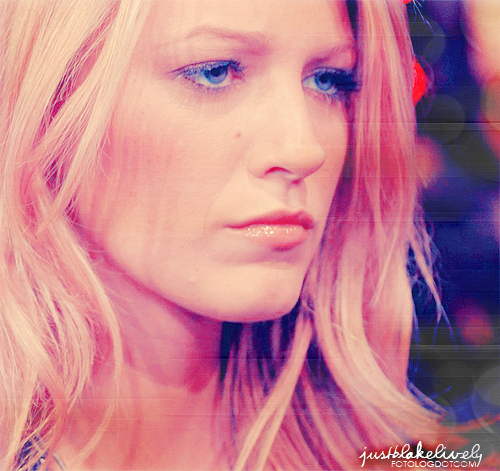 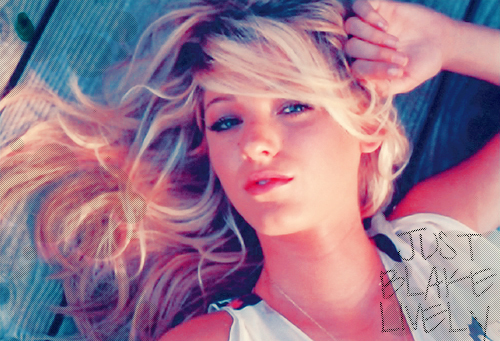 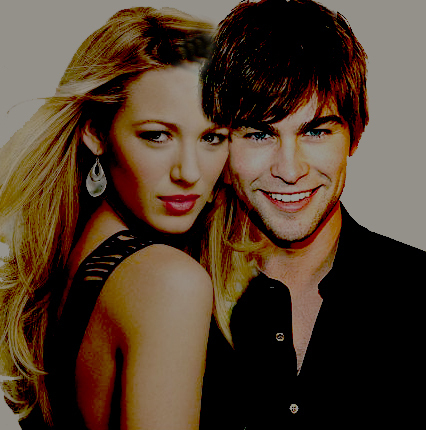 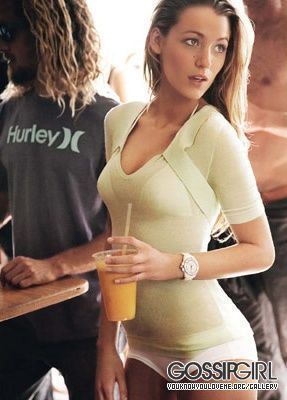