Why do people like bleach.
posted by Sasunaru120
I LOVE BLEACH SO I WILL TELL YOU WHY DO PEOPLE LIKE.SOME ARE MINE BUT NOT ALL. I AM OBSESSED WITH BLEACH AND NARUTO.


1. Manly because the first time we saw Ichigo he was kicking some dude in the face. I thought that was awesome. Ichigo is AWESOME!

3. I like Bleach because I like how Tite Kubo make events connect. As in, when I found out that Shinji, Hiyori, and the rest of the Vizards were originally shinigami captains and vice-captains, I was very surprised. It gave me a tone of excitement. Also, I like Bleach because of like Rukia and Byakuya Kuchiki.

4. i think that bleach is the best anime and manga series of all time i mean the animation is stunning and the story line is impressive also the characters are so fully created with such life like personalities what do you think(and naruto also)

5. Bleach is the best anime i have ever seen.The story line is perfect its got every thing a series should.Its got Drama,Voilence,Love(kinda,its there but its not long lived).What i mean by love is between Rukia and Ichigo you know there is something there but it not show any further,which it would have been nice if it was.Most of all its exciting you see and episode and you just want to see more.I think its kinda addictive.

6. I think Bleach is a very unique series. The whole storyline that is broken down into arcs introduces us to different kinds of Shinigami that all have different kinds of abilities. I personally think Ichigo is a pretty good main character. He's not the smartest guy around but he certainly isn't a fool. His macho attitude makes his interaction with other characters interesting. His interaction with Rukia is definitely one of the most interesting. Overall most of the characters are pretty awesome so I believe Bleach is a well rounded series. Even the Anime filler episodes were decent.

8. its kinda hard to explain why i love bleach so much. its justalittle biut of everything i love the characters and the way they grow as the series continues it doesnt have as many fillers as naruto sorry naruto fans wait a sec iam a naruto fan to lol anyways.. i just love the holy sword fighting idea behind it and mix that with sum magic and you have me hooked Smile so yea all in all i just plain love bleach you sir hjave a hold on me

9. I just recently got addicted to bleach,I gues why I like it is because there is so much action in the show and I like the weapons they use.

10. The swords and the costumes! Just the thought of there being people from the oter side who are still wearing mideval Japanese combat dress running around helping souls to pass on is just freaking awesome!

11. Bleach is one of a kind, Its well made and deep in character storys and original. Alot of animes are not original in the least, just copy of other animes, thats why i like bleach

12. I think that Bleach is mediocre along with Naruto. I suppose unlike some animes, Bleach has the characters fully developed from the start (or very close to fully developed) in terms emotionally. I never really liked Bleach's concept to tell the truth. I think that alot is exaggerated too much. For example, just when you think the main characters are all helpless in some fight, a miracle occurs, whether some dude comes and saves them or they get a new ability (such as Bankai). It's really all too cliche'd. I still watch Bleach, but I think it can be better.

13. The characters are likable that's about it the problem i have with the anime is the first season is really good then they end up putting too many fillers as the story progresses and then at around season 7+ It continues to get harder and harder to follow but now that i started watching Its unlikely that I will stop watching it.

14. The characters are likable that's about it the problem i have with the anime is the first season is really good then they end up putting too many fillers as the story progresses and then at around season 7+ It continues to get harder and harder to follow but now that i started watching Its unlikely that I will stop watching it.

15. I dont like it. I LOVE IT!!
The reason is that I enjoy everything about it. The action, the characters, the soundtrack, and it has great comedy moments that appear out of nowhere but are hilarious!

16. The show is awesome because the characters have unique personalities and the way they interact with each other. The anime also goes indepth on each character so you get to know each of them very well. The plot line is also good, many interesting twists and turns later on. Just watch more episodes, it just keeps getting better and better. The filler was also pretty good, unlike other animes the filler was almost like a second storyline.

17. ...Of the fighting. But i also like it because it also has to deal with the fact of life after death. Sure, you could become an evil being if you have had a trubbled life, but most of the time a ghost will just go over to the Soul Society and be fine.

18. I love Tite Kubo's originality and creativity in each characters design and personality. Every character looks, sounds, and acts differently. Also, the story is great! Once you get past the first part (yeah, the indroduction is a bit slow, but it has its point), it really picks up. The Soul Society arc is awesome as well as the Arrancar arc. There's just a lot of action and versatility in every part of this series. That's why I like it. :p

19. I like it, because it is a wonderful supernatural anime, and that happens to be my favorite genre.

20. I love it because of the Shinigami and the Zanpaktohs. Those swords rock!!! I also like the action.

21. Basically for the action. It doesn't have the greatest of stories, but it has a wide variety of abilities and some of those are pretty unique. There's also a lot of good characters.

22. The fight scenes are epic. Storyline not so much..because Kubo is a massive troll.

23. Bleach because the storyline constantly changes, it has tons of action, the main character is interesting, and the supporting characters also are interesting, and not just there for cheap laughs. Ichigo also does not have anything annoying he does from episode to episode unlike Naruto and his stupid chatch phrase. Bleach does have its downsides too, but they are mainly the length of some of the story arcs. For example if you didn't like a certain story arc, you have to sift through 30+ episodes to get to the next one. That said you can do that with out missing anything vital to the story. If you decide to watch Bleach, watch it in Japanese over the English. The English dub is not that great in my opinion.

24. It depends on the person. If you like death gods slaying hollows, your best choice would be Bleach

25. Bleach has good action but they take like 3 episodes and their comedy is really funny but they barely show it anymore

26. I like it because of the plot and because I like to see how many rescue arcs Kubo can do before he loses his popularity.

27. i like Bleach because I like those kind of serious fighting animes, but also has lots of funny parts to it. I also like the fact that all of the characters are cool with there zanpakotos. i also agree that it's cool with more than asian people in it. you have Chad, Yoruichi, Tousen, and etc. Also the main character doesn't look like a 12 year old. Ichigo looks almost 6 feet and is tough with his funny points. Finally, Bleach is unique because I think it's cool that the main character can use hollow powers because it would be kinda sad if bankai was only power, even though Tensa Zangetsu rocks.

28. I really like all the characters even though sometimes it's hard to remember all of their names (I'm not talking about main ones before you start yelling at me, I mean all the captains and vice captains of Gotei 13). The fact that they all seem to have some type of flaw or moments of insecurity makes them more believable. Plus I enjoy the fact that he tries to make all of the characters and their attacks different so you'll never get them mixed up :3

29. Because the characters have about as much personality as a box of rocks and the plot is about as deep as a snakes asshole.

30. I like Bleach because of the BLOOD! I JUST LOVE BLOOD!
whiteflame55 Wow, 30 reasons? Someone's obsessed!
DarkJules If you love as much blood as I do then here are some bloody animes (That is if you haven't seen them already) : Hellsing Ultimate-Vampires Elfen Lied-Mutants Highschool of the Dead-Zombies Warning;Both Elfen Lied and H.o.t.D are a bit Ecchi
demigoddessrlz lol i dunno if u put this on there (sorry i didnt feel like reading all that) the thing is the only reason im obsessed with bleach is Toshiro Hitsugaya aptin of squad 10 why does he have to be so friken adorable!!!!???? 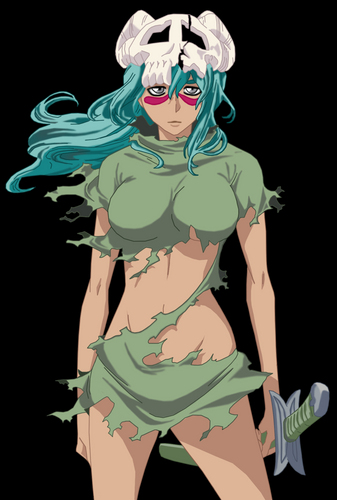 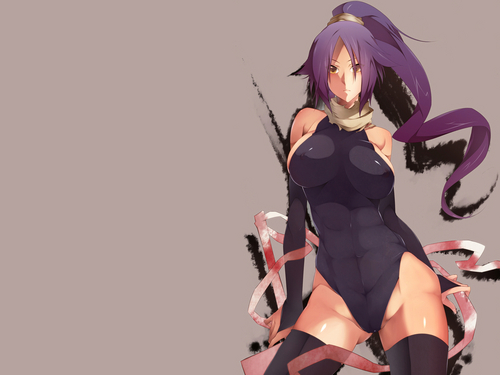 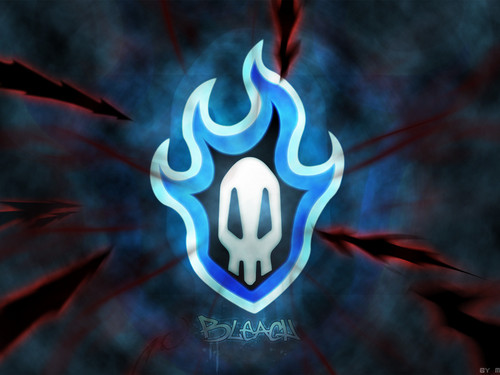 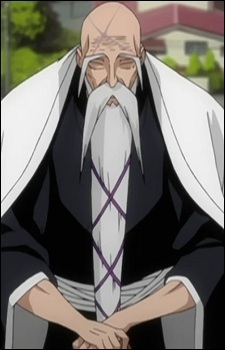 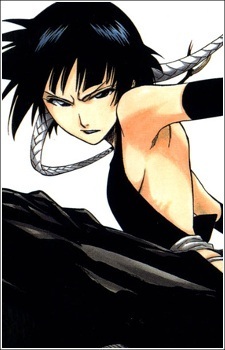 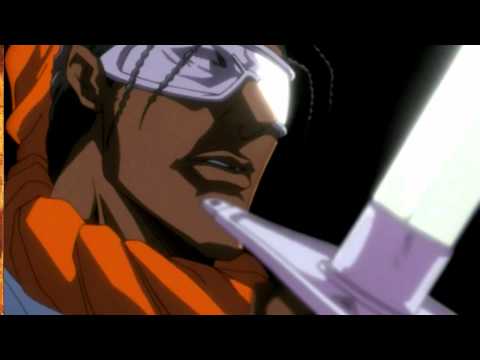 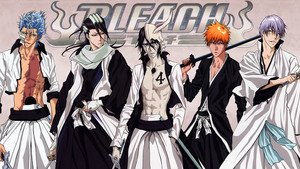 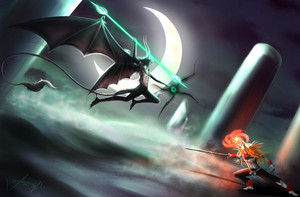 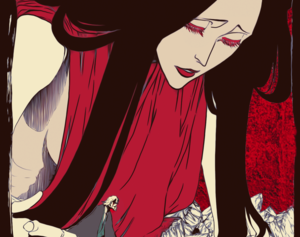 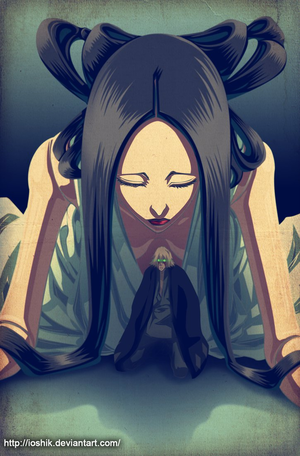 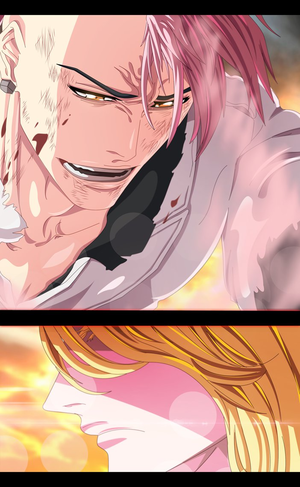 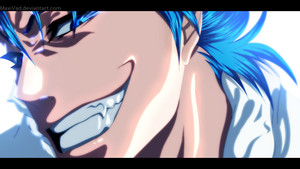 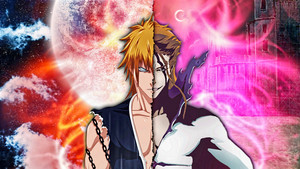 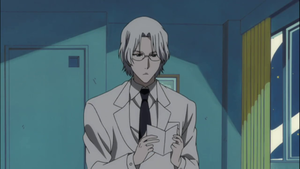 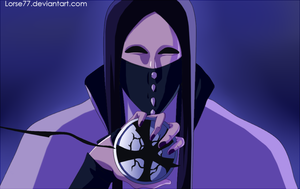