Rank: Captain
Zanpakutou info:
Shi-Kai: Hyourinmaru (Ice Ring)
- release command: "Souten ni Zase!" ("Soar In The Frozen Sky!")
Creates a dragon of water and ice formed by spiritual energy, it can even control the weather. The pressure from Hyourinmaru's water attack is so fierce that it peels the ememies flesh from their bones.

Biography:
Hitsugaya Toushirou is the 10th Squad Captain with Matsumoto Rangiku, one of the eight major female shinigami, as his Vice Captain. Hitsugaya and Hinamori Momo, Vice Captain of 5th Squad, have a history together, as seen in Episode 46 where Hinamori endearingly refers to him as Whitey-chan. At that moment in time as Hinamori was working to become a shinigami, Hitsugaya thought nothing of it because all he wanted was to eat watermelon and for Hinamori to stop calling him Whitey-chan. She told him that if he could be at the same level as she was then she would stop calling him Whitey-chan. Presently he is now seen as a shinigami prodigy because of his achievement of a high rank at such a young age. He can be characterized as somewhat of a take-charge type of character in BLEACH. Upon overhearing a conversation between Ichimaru Gin and 5th Squad Captain Aizen Sousuke he acts on his suspicions warning certain people about the sketchy 3rd Squad (Ichimaru Gin and Kira Izuru).

Hitsugaya’s suspicions seemingly turn into reality when Hinamori wakes up from a night spent at Aizen’s place to discover that he is not there and rushes off to a Vice Captain meeting. She takes a shortcut only to arrive on time to witness Aizen’s corpse situated on a wall with a sword pierced through his upper abdomen causing a trail of blood to run down the entire wall behind him. The situation goes from bad to worse as Ichimaru arrives and Hinamori attempts to attack him because he appeared to be the most likely suspect in this brutal murder. Kira jumps in to protect his superior from Hinamori’s emotional outburst but Hitsugaya intervenes before the two can shikai each other to death. He cares for Hinamori very much which is why he tries to open her eyes to see that her action is most inappropriate at a moment such as this (discovering your leader’s dead body). Toushirou has them both arrested and makes the threat to Gin that if he makes Hinamori spill one drop of blood, he’ll be breathing his last breath. In Episode 36 while Hinamori is in jail Matsumoto pays her a visit and hands her a letter addressed to her from her beloved Captain. Hitsugaya found the letter in Aizen’s quarters and it turned out to be what he was scribing the night that Hinamori paid him a visit. The letter held a warning of things to come and also reveals the schemes and plots of a certain someone among The Gotei 13.

During the absence of the leaders of 5th Squad, Hitsugaya takes over their business and paperwork with the help of Matsumoto Rangiku, his Vice Captain. As they are settled in the Administrative Office word comes from one of their officers that Hinamori has escaped and they suspect that she is hunting down Ichimaru. He goes off to save her not knowing that what Aizen wrote in the letter was that he, Hitsugaya Toushirou, was the one that murdered Captain Aizen. Episode 47 exposes all this and there is a face off between Hitsugaya, Hinamori, and Ichimaru. Hinamori attacks Toushirou as she whole-heartedly believed everything that Aizen wrote because she idolized the man for most of her Death God career. Hitsugaya strikes his confused friend in order to avoid further turmoil and then seeks to keep to his word of killing Gin if he ever made Hinamori spill blood. Episode 48 displays Hitsugaya’s shikai, Hyourinmaru, or Ice Ring as he fights with Ichimaru. The fight ceases when Rangiku appears after feeling the reiatsu of Toushirou’s shi-kai and stops Gin’s attack on Hinamori’s unconscious body.

The letter, we find out, was completely false as it depicted Hitsugaya as the one plotting to destroy Soul Society with the Soukyoku. At this instance Rukia’s execution had been frequently moved up until it will finally take place within 29 hours. Hitsugaya realizes that he needs to take action and he and Matsumoto quickly move to try and prevent the execution.

If you have been following the manga you know that Aizen is not the good guy he appeared to be and yes he is still alive. All this time he was manipulating everyone so that he could get a very important object out of Rukia. Hitsugaya makes an attempt to stop him only to get beaten and stomped on in the end, even when he used his ban-kai. In Chapter 194 Aizen has birthed a newer stronger breed of bad guys called Arankaru, powerful half ex-shinigami, half hollows. Captain Hitsugaya along with Renji, Rangiku, Yumichika, and Ikkaku arrive in the human world and surprise Ichigo at school in Chapter 195. This chapter also marks the return of Rukia. They are here to help fight the inevitable war that is going to happen and while they are at it they will be attending school with everyone!
Ryuuikari, chocolate18 and 6 others like this
peach_hinamori Nice 0ne....!!!! 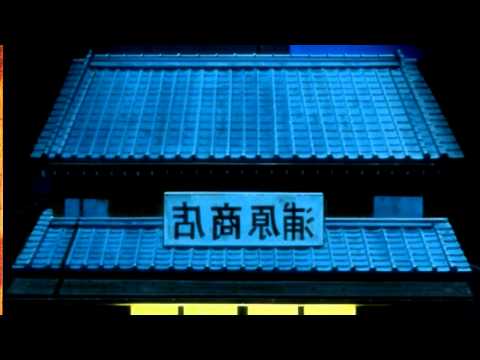 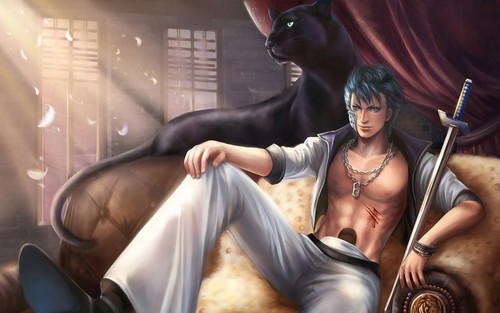 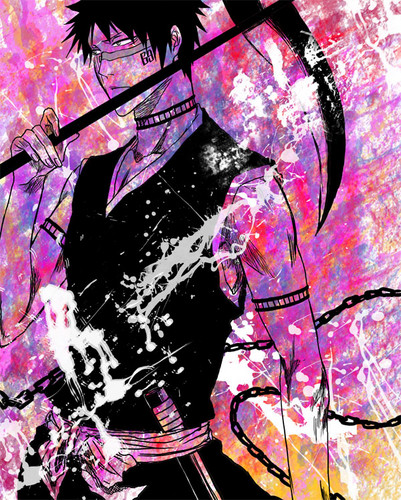 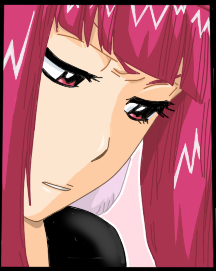 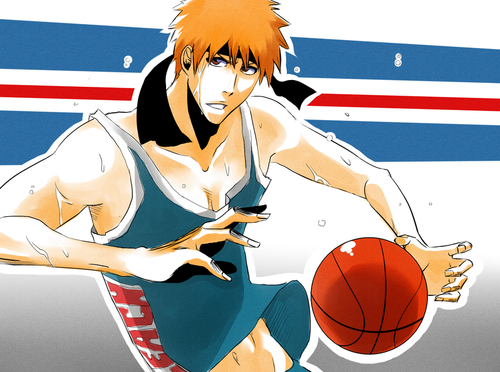 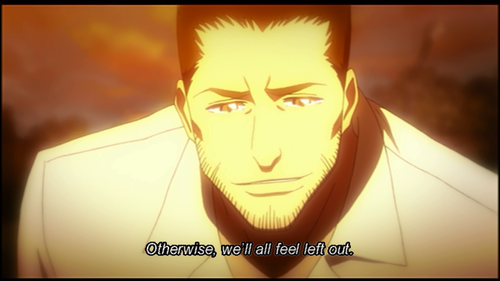 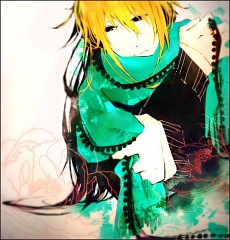 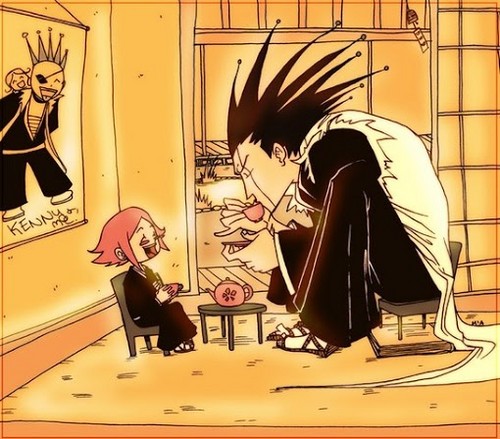 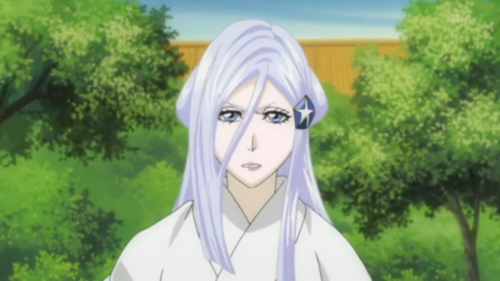 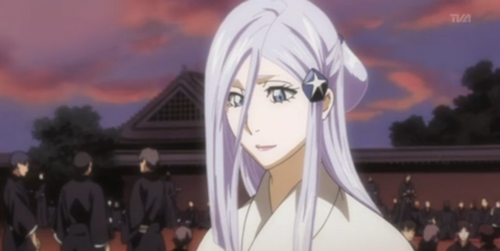 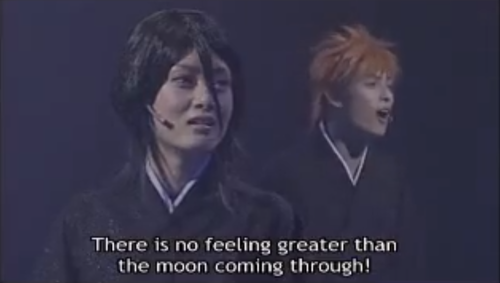 1
RMB No Clouds in the Blue Heavens
added by LidiaIsabel 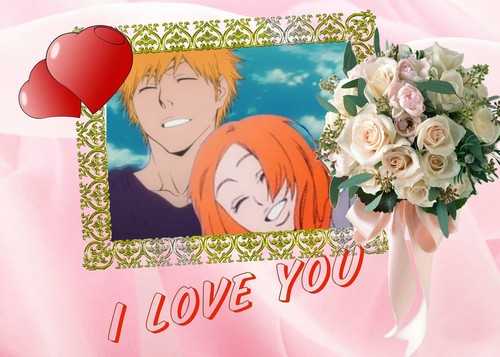 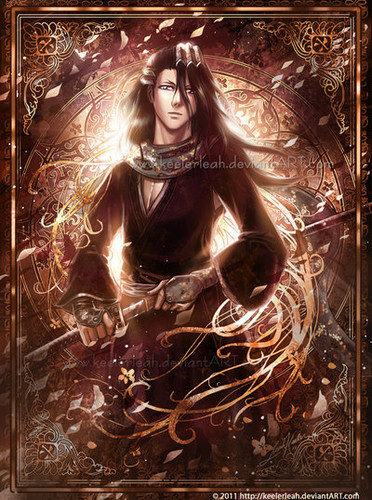 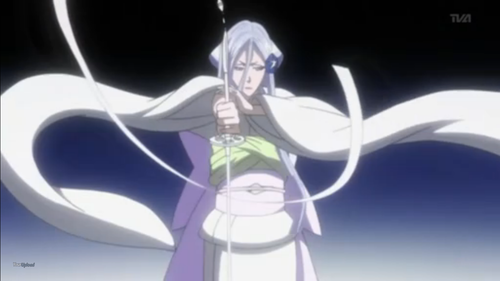 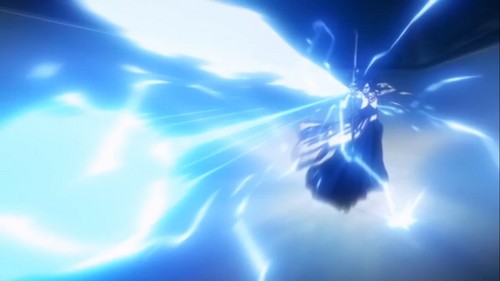